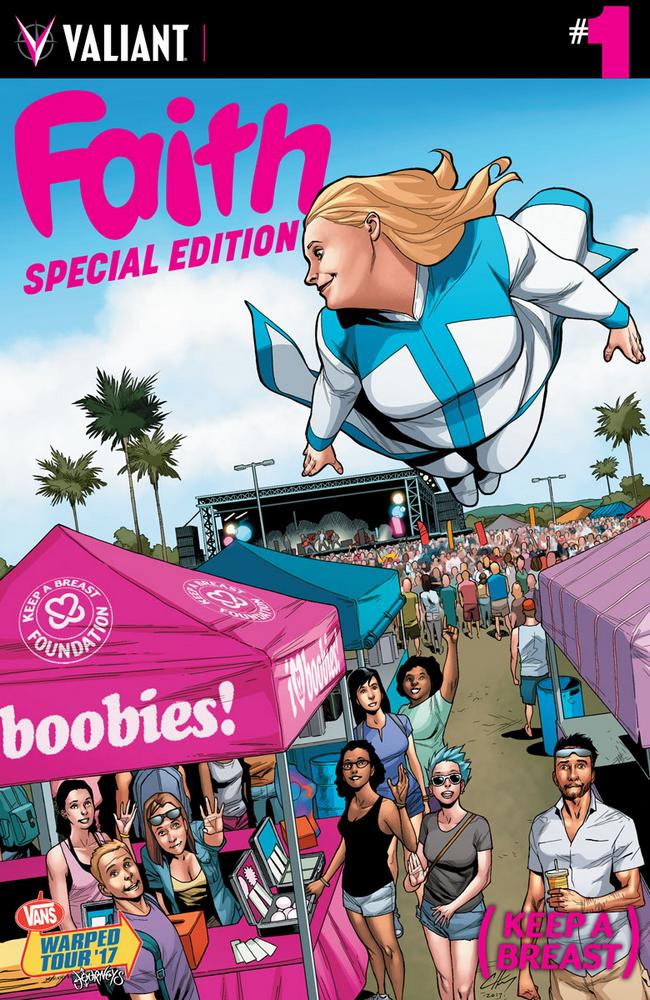 In advance of the first date of the Vans Warped Tour® ’17 presented by Journeys® this week in Seattle, WA, Valiant Entertainment – the award-winning publisher of the largest independent superhero library in comics and The Keep A Breast Foundation – the leading global youth-based breast cancer prevention organization – are proud to unveil the next step in their ongoing partnership with an all-new, exclusive comic book starring Valiant’s renowned hero Faith!

As detailed today at Womanista and ComicBook.com, the FAITH WARPED TOUR/KEEP A BREAST SPECIAL EDITION #1 features a brand-new, never-before-seen Faith story written by rising star Justine Prado (Finding Molly) with art by Valiant superstar Clayton Henry (ARCHER & ARMSTRONG) and Eisner Award nominee Kate Niemczyk (FAITH, Mockingbird). Get ready to meet Los Angeles’ leading superhero, Faith “Zephyr” Herbert, as she confronts the realities of breast cancer head-on in a special standalone story, created in collaboration with The Keep A Breast Foundation. Faith has saved her city from alien invaders and common criminals alike…but when a different, more personal kind of scourge hits close to home, can Faith show strength in the face of an all-too-common affliction that has affected millions of women and men around the world?

Copies of the FAITH WARPED TOUR/KEEP A BREAST SPECIAL EDITION #1 will be available at select Vans Warped Tour® ’17 presented by Journeys®  tour dates, beginning with an exclusive debut this Friday, June 16th in Seattle, WA. Additionally, fans worldwide can read this important new chapter in Faith’s ongoing adventures with free downloads courtesy of comiXology, the official Valiant mobile app for iOS, and The Keep A Breast Foundation website.

“Teaming up with a force like Faith is so rad, especially with such a growing female readership in comics today,”  Shaney jo Darden, Founder & CCO of The Keep A Breast Foundation, told Womanista. “I think comics inspire people to stick up for themselves and others, to be their own advocate, and that’s exactly what we do. Being your own health advocate can really empower you, and knowledge gives you that power. Faith helps us celebrate our bodies through the power of different mediums, channels, and alter egos, showing how comics and art can put a spotlight on real issues, start important conversations, and empower us to be our own superheroes.”

Since 2016, Valiant and The Keep A Breast Foundation have teamed their efforts in the form of an official partnership dedicated to furthering the California-based non-profit’s ongoing mission with new initiatives in educational publishing, fundraising merchandise, convention and exhibitions outreach around the world, and much more. In addition to the debut of the FAITH WARPED TOUR/KEEP A BREAST SPECIAL EDITION #1 – Valiant and Keep A Breast’s first full-length comics collaboration – Faith continues to serve as Keep A Breast’s “comics ambassador” and will continue to appear in a number of the foundation’s global promotional endeavors, both on the Vans Warped Tour® ’17 presented by Journeys® and around the world.

“As Faith’s popularity continues to soar with each passing year, her role as Keep A Breast’s official ambassador to comics fandom has only become that much more important,” said Russell A. Brown, Valiant’s President of Consumer Products, Promotions & Ad Sales. “Valiant and Keep A Breast share the same vision of saving lives by bringing breast health awareness to new audiences in traditionally unexplored arenas. Now, as an official sponsor of this year’s Vans Warped Tour, Valiant is proud to present Faith and Keep A Breast’s message to tens of thousands of passionate fans and new readers through education and entertainment in the pages of this story.”

The release of the FAITH WARPED TOUR/KEEP A BREAST SPECIAL EDITION #1 also marks Valiant’s latest exclusive addition to the publisher’s plans for the Vans Warped Tour® ’17 presented by Journeys®. Beginning this month, Valiant’s award-winning library of comic book superheroes will be hitting the road with America’s longest-running touring music festival for an immersive collaboration spanning the summer 2017 season. Together, this new partnership will be bringing the Valiant Universe of comic heroes – including Faith, X-O Manowar, Bloodshot, Livewire, Ninjak, and more – to posters, promotional pieces, merchandise, and more at over 40 Vans Warped Tour® ’17 presented by Journeys® tour dates across the United States.

From June through August, join Valiant at the following Vans Warped Tour® ’17 presented by Journeys® dates to pick up your copy of the FAITH WARPED TOUR/KEEP A BREAST SPECIAL EDITION #1:

Created by former Marvel Editor-in-Chief Jim Shooter and Eisner Award-winning writer and artist David Lapham in Valiant’s acclaimed HARBINGER series in 1992, Faith has long been a central icon of Valiant’s award-winning publishing line. Then, in early 2016, Faith took her long-awaited, much-demanded first step toward solo stardom with FAITH #1 – a groundbreaking debut that quickly became the highest-selling superhero debut of 2016 from any independent publisher. In the time since, Faith’s adventures have garnered near-universal critical acclaim and attention from a host of international media outlets, including The Atlantic, Cosmopolitan, The Guardian, The Hollywood Reporter, The Huffington Post, The Independent, MTV, The New York Times, NPR, Nylon, PBS, People, Seventeen, Today, Vox, The Washington Post, and dozens more. Most recently, Faith’s ongoing series earned a 2017 Eisner Award nomination for “Best New Series” – one of the comic book industry’s most coveted and prestigious awards.Download a digital copy of the FAITH WARPED TOUR/KEEP A BREAST SPECIAL EDITION #1 now on comiXology, the official Valiant mobile app for iOS, and  The Keep A Breast Foundation website, or pick it up the next stop on the Vans Warped Tour® ’17 presented by Journeys® – coming soon to a town near you!

###
About Valiant Entertainment:Valiant Entertainment is a leading character-based entertainment company that owns the largest independent superhero universe in comics. With more than 80 million issues sold and a library of over 2,000 characters, including X-O Manowar, Bloodshot, Harbinger, Shadowman, Archer & Armstrong, and many more, Valiant is one of the most successful publishers in the history of the comic book medium. Today, the company’s characters continue to be forged in publishing, licensing, film, video games, and beyond. Valiant consistently produces some of the most critically acclaimed comics in the industry and has received numerous industry awards and accolades, including a Diamond Gem Award for Comic Book Publisher of the Year. In 2015, Valiant announced a multi-picture deal to bring Bloodshot and Harbinger to the big screen as feature films. Visit them online at ValiantEntertainment.com.

About The Keep A Breast Foundation:

The Keep A Breast Foundation™ is a nonprofit organization with a mission to empower young people around the world with breast health education and support. Since its inception in 2000, KAB has worked with young people to remove the shame associated with breasts and breast cancer health. Through various initiatives and programs such as breast cast art exhibitions, the “Non Toxic Revolution”, “Check Yourself App” and “i love boobies!” campaign, KAB has opened up the dialog about breast cancer, and has proven to be a doorway to breast self-awareness and education.

Keep A Breast has grown into the leading global youth-based breast cancer prevention organization, with global affiliates in Japan, Canada, Europe, and Mexico. Constantly pushing the boundaries of the pink ribbon status quo, Keep A Breast has always encouraged young people to love their boobies, get to know their bodies, and be aware of changes. 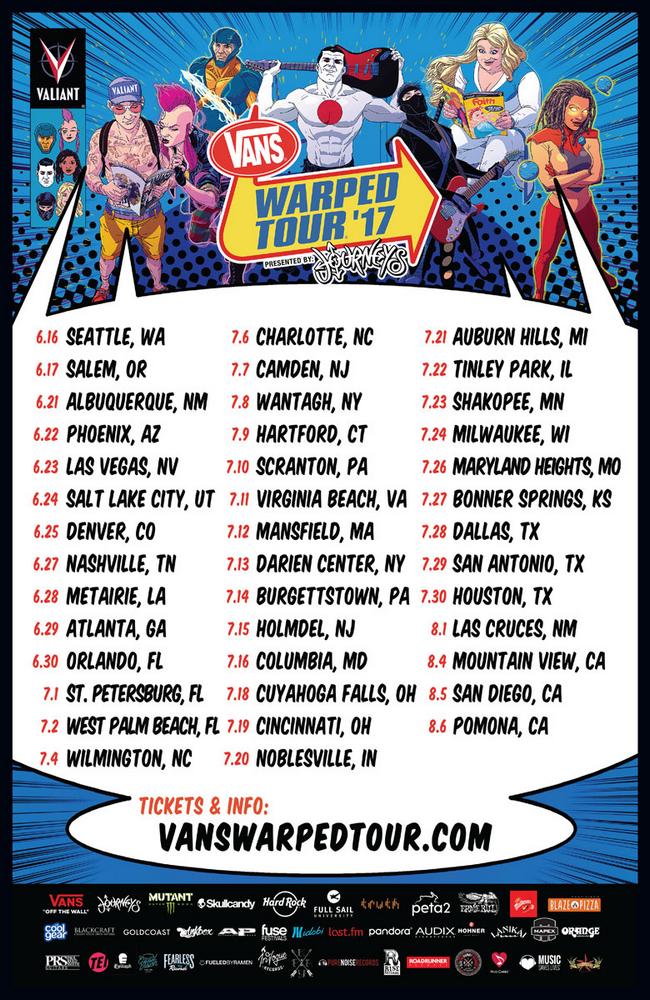 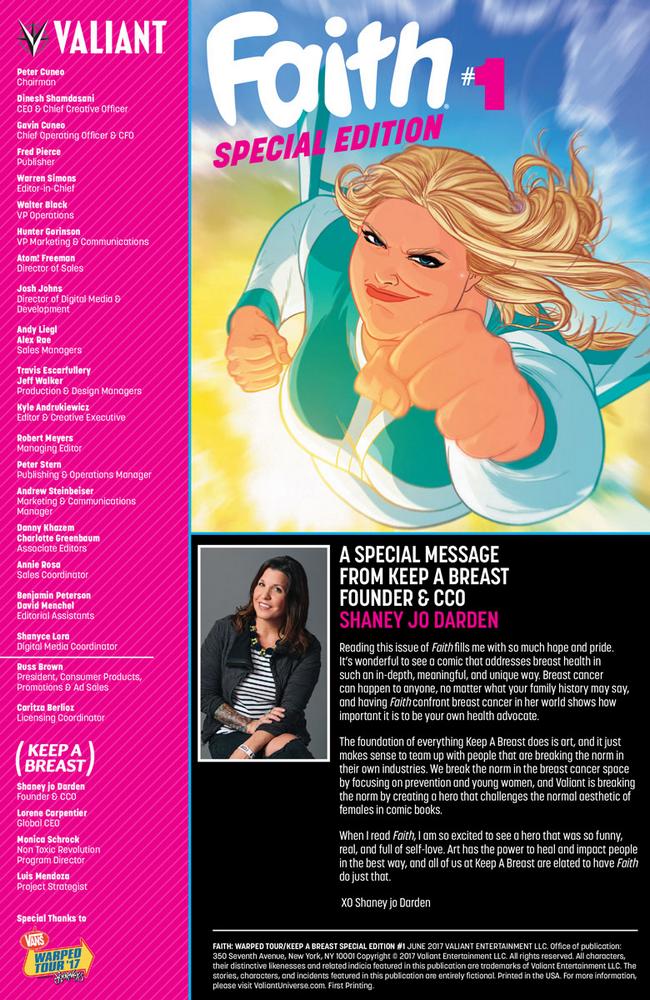 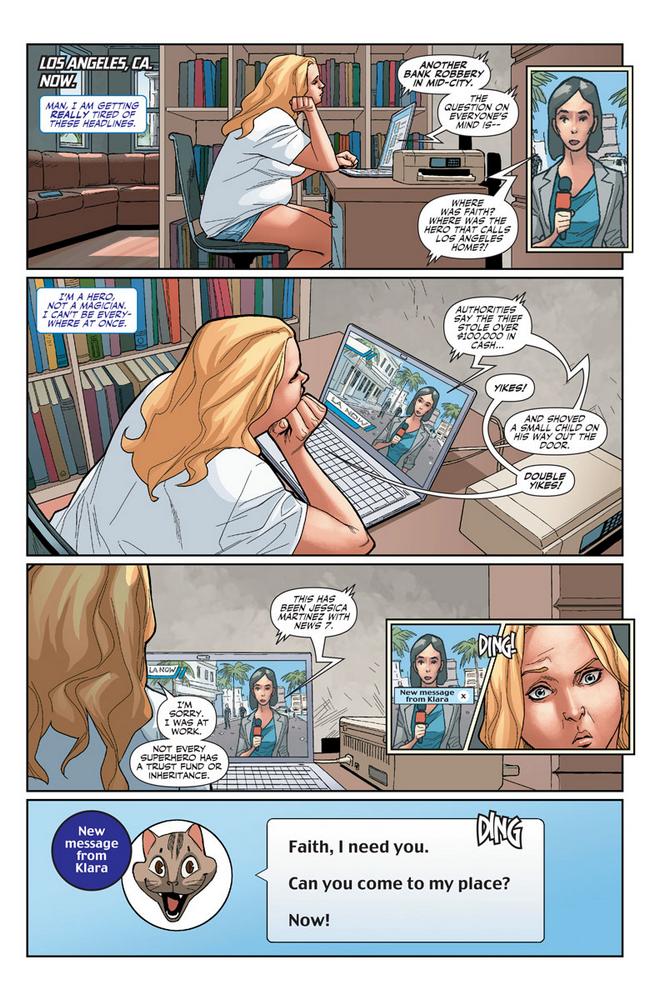 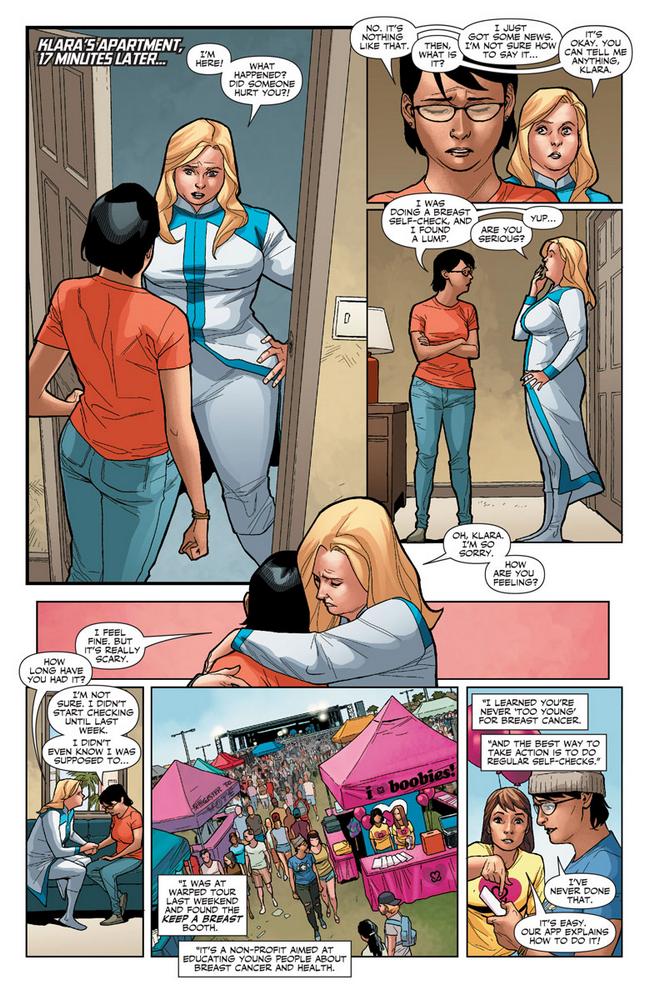 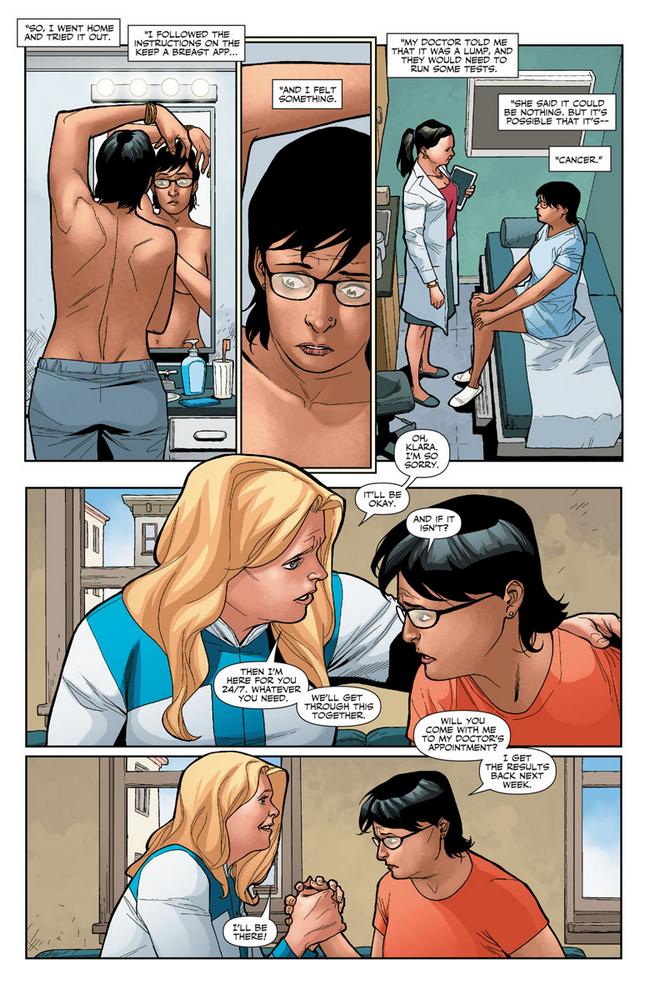 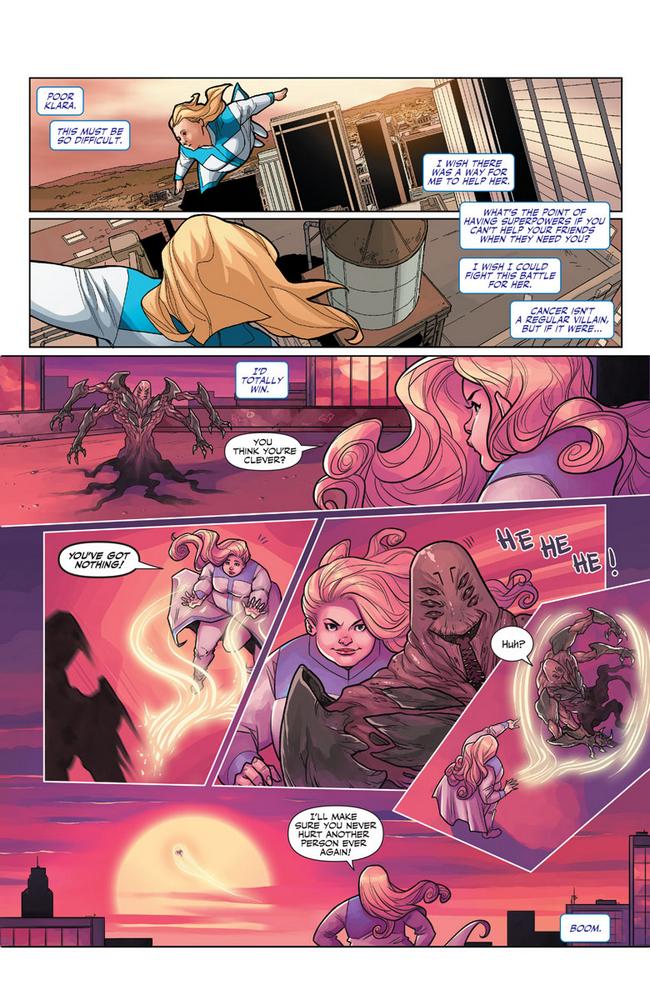 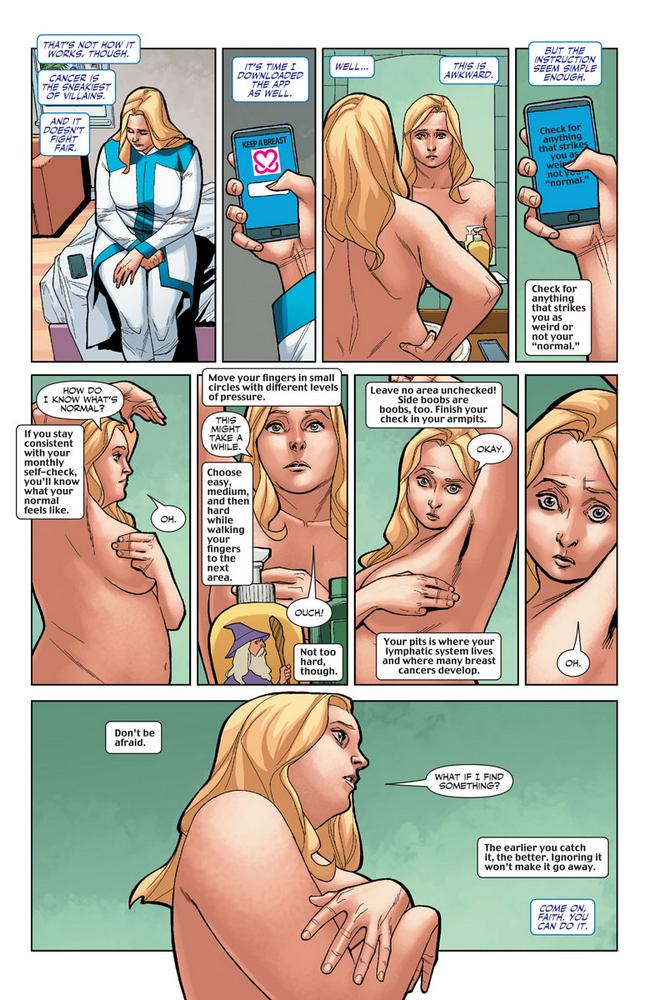 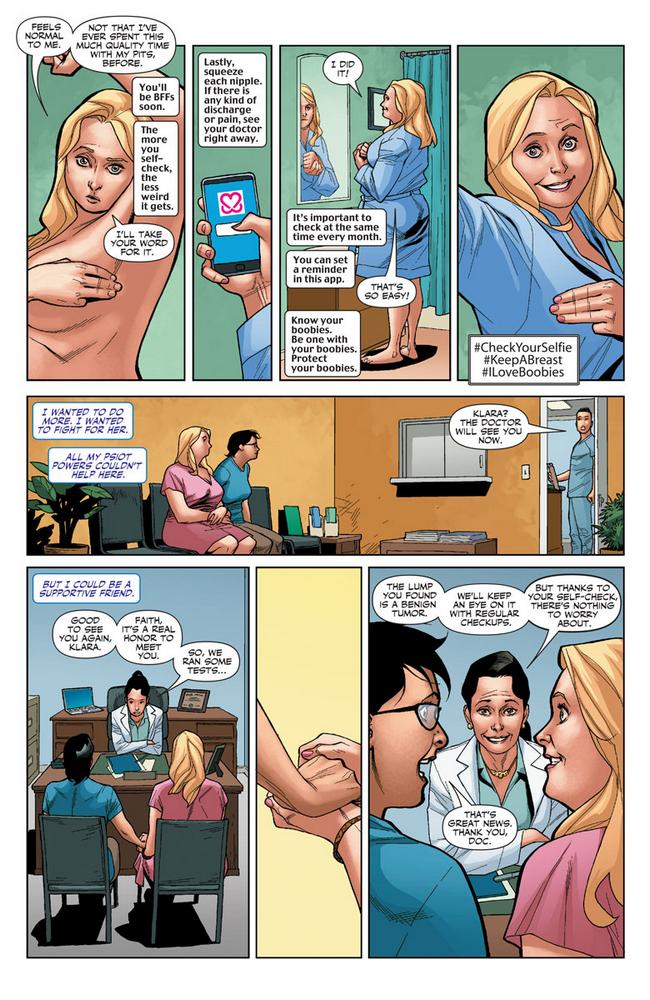 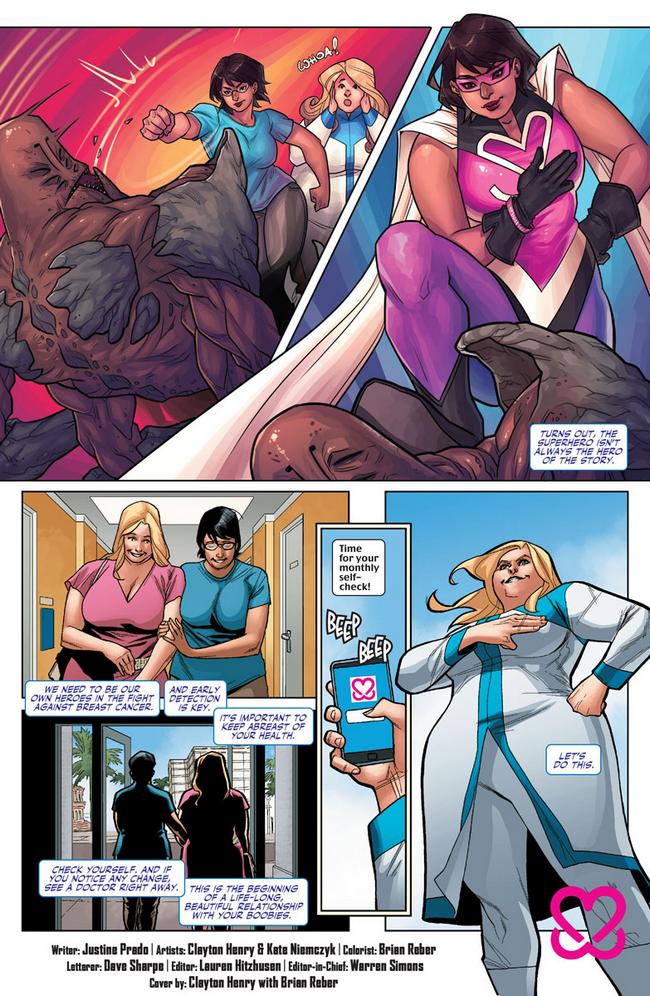