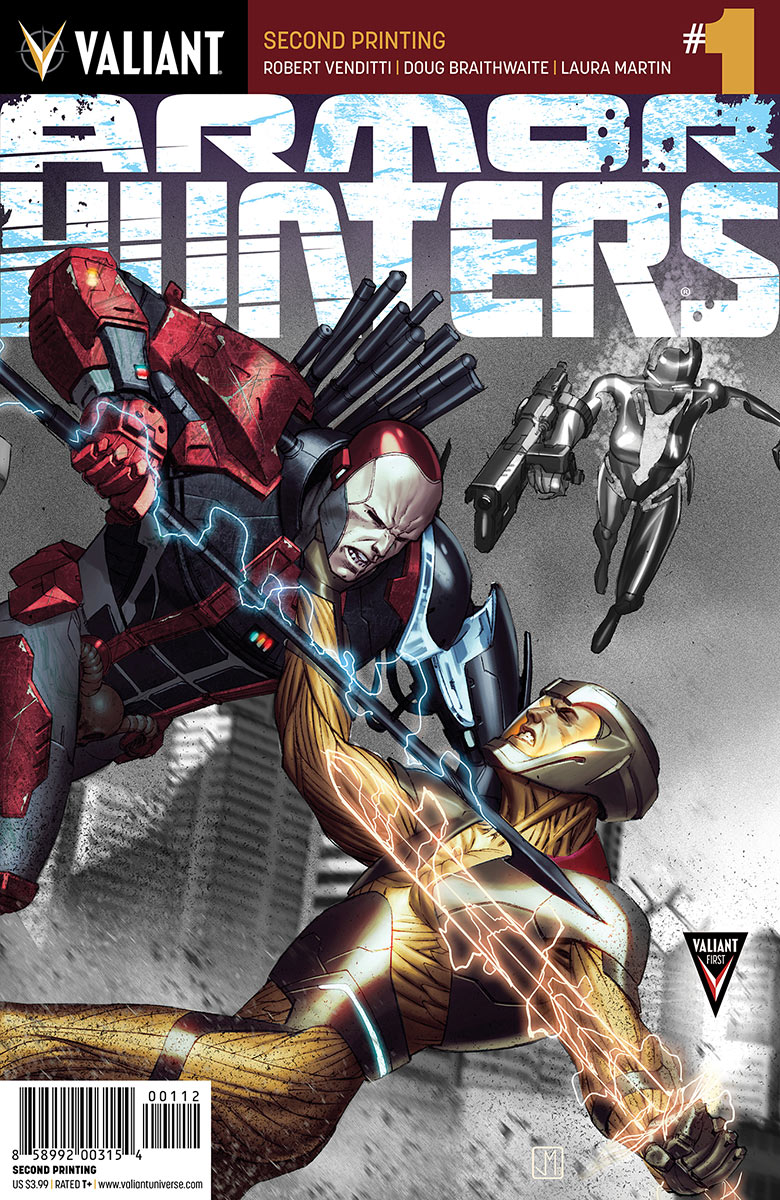 The VALIANT FIRST initiative is starting off the summer in a big, big way!

First, witness the brutal beginning of Valiant’s blockbuster summer crossover in the ARMOR HUNTERS #1 SECOND PRINTING VARIANT! From superstar creators Robert Venditti (X-O Manowar, Green Lantern) and Doug Braithwaite (Unity, Justice), start reading here as X-O Manowar leads Valiant’s most formidable against Earth’s first full-scale cosmic threat…the relentless alien strike team known only as the ARMOR HUNTERS! They will hunt. They will trap. They will kill. And they will rid the universe of the X-O Manowar armor’s incalculable destructive power…even if it means taking our world with it.

“✮✮✮✮✮…Venditti, Braithwaite, and Martin are putting together one exciting book.” – Comic Vine
“✮✮✮✮✮…A comic event that delivers on the very first issue.” – Comic Spectrum
“✮✮✮✮✮…All killer and no filler. In Venditti and Braithwaite we trust, jump on Armor Hunters.” – All-Comic
“✮✮✮✮… The book truly feels like an event… Immersive and well rendered.” – IGN
“✮✮✮✮… Exciting and well-drawn… It’s an event story for readers who think they hate event stories.” – Comic Book Resources

Then, on the heels of RAI #1’s red-hot third printing, the all-star creative team of Matt Kindt (Unity, Mind MGMT) and Clayton Crain (Carnage, X-Force) continue their visionary journey into 41st century Japan in the RAI #2 SECOND PRINTING VARIANT! In the far future of 4001 A.D., Japan is a single endless city-state, governed by a benevolent artificial intelligence and policed by one lone enforcer – the mysterious Rai, spirit guardian of the rising sun. But, soon, a single bullet will shatter the peace it has taken 2,000 years to secure… This July, discover why there is nothing else in comics quite like RAI!

“✮✮✮✮✮… [Rai] comes with the highest praise.” – PopMatters
“✮✮✮✮✮… A great new series… [Rai] has my attention.” – Max Level Geek
“✮✮✮✮½… Rai is just plain amazing.” – IGN
“✮✮✮✮… An immersive experience…unlike anything else in comics.” – Comic Book Resources
“✮✮✮✮… This is a book you really need to check out.” – Comic Vine

And that’s the just beginning! The Valiant First initiative continues in July with ARMOR HUNTERS: BLOODSHOT #1 (of 3) and ARMOR HUNTERS: HARBINGER #1 (of 3), and then through the summer with THE DELINQUENTS #1 (of 4) in August, and THE DEATH-DEFYING DR. MIRAGE #1 (of 5) in September! With a brand new entry point into Valiant’s award-winning publishing line arriving every month, these are the titles that will have you reading Valiant FIRST! 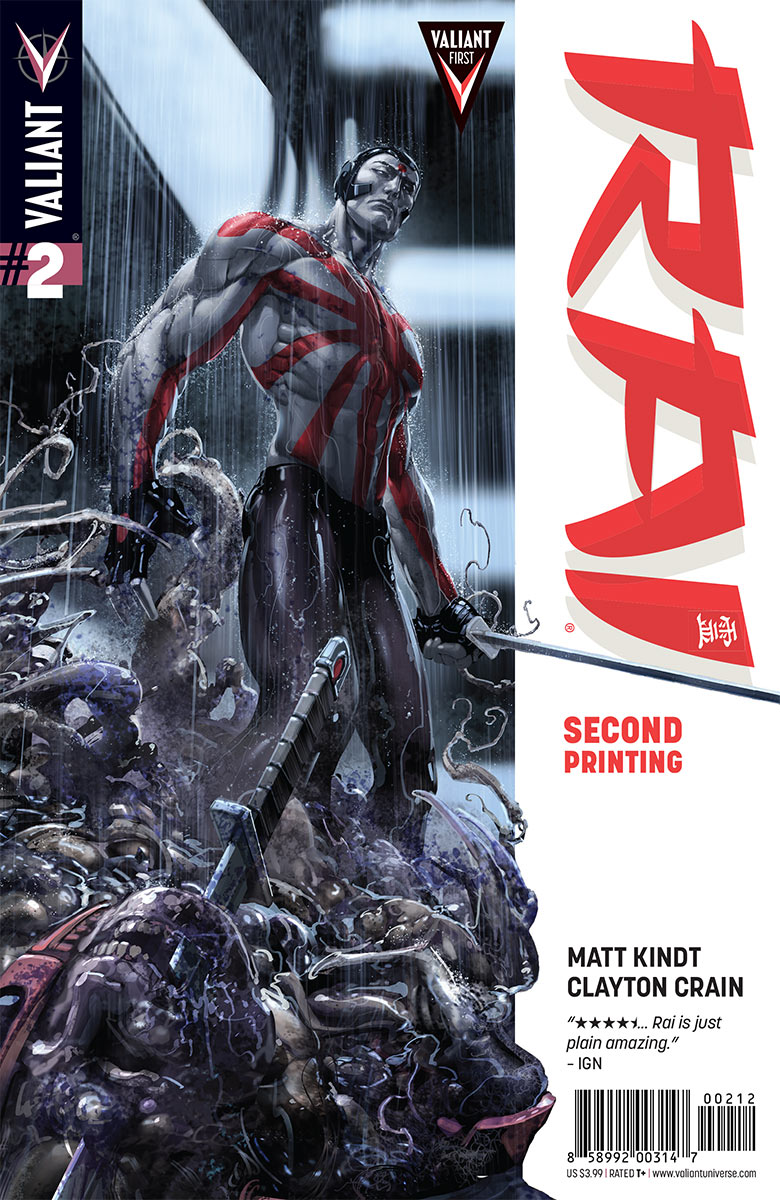