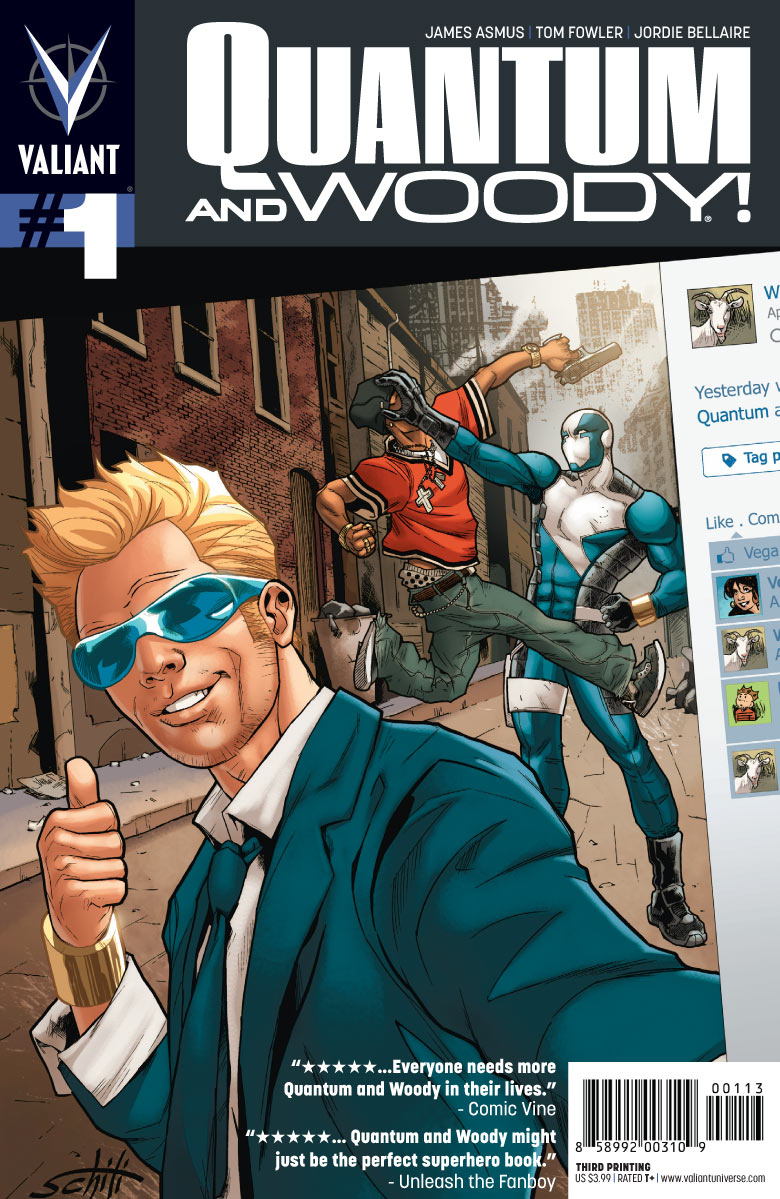 Valiant Entertainment has announced a third printing for Quantum and Woody #1. 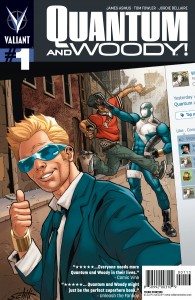 To meet increased retailer and consumer demand, Valiant will be returning the sold-out debut of the world’s worst superhero team to stores on August 28th with the Quantum and Woody #1 Third Printing “Selfie” Variant – featuring an all-new cover from acclaimed artist Valerio Schiti (Journey into Mystery)!

“This is insane! And I sincerely want to thank the retailers and fans who have been spreading the enthusiasm for the book,” said James Asmus, writer of Quantum and Woody. “Everyone involved has put a goat-load of passion into making Quantum & Woody a unique and invigorating comic once again.”

C’mon, we warned you twice! For serious, on August 28th, don’t miss your chance to discover the origin of the world’s worst superhero team – as told by red-hot creators James Asmus (Thief of Thieves) and Tom Fowler (Venom)! When their father’s murder leads them into the throes of a life-altering scientific accident, Eric and Woody Henderson will find themselves with a whole new purpose – and a perfectly legitimate reason to wear costumes and fight crime. Brace yourselves – Quantum and Woody are coming! Again! For the third time!

You’ve been warned. Don’t miss your last shot at the critically acclaimed, new series debut of the summer when Quantum and Woody #1 Third Printing “Selfie” Variant sprints back into stores on August 28th!