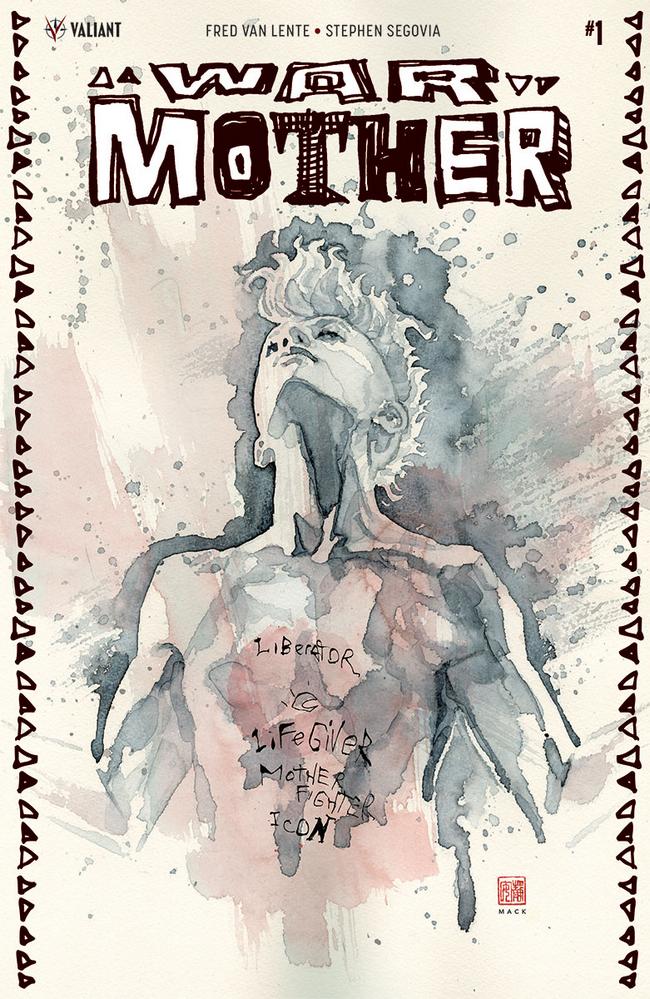 As revealed today at SyFy Wire, Valiant is proud to unveil WAR MOTHER #1 (of 4) – the FIRST ISSUE of A RIVETING NEW SERIES launching the breakout hero of 4001 A.D. into a high-powered tale of tomorrow! First teased at #ValiantSummit2017 as a classified project, Valiant can now reveal that the war-torn protector of 41st century Earth will charge into her first, much-demanded limited series on August 23rd as New York Times best-selling writer Fred Van Lente (ARCHER & ARMSTRONG) and high-octane artist Stephen Segovia (NINJAK, Action Comics) bring War Mother to bear with an all-new, self-contained entry point for the newest hero manning the frontline of the Valiant Universe’s far future!

Two millennia from today, Earth is not the hospitable home we once we knew. Ravaged by an endless onslaught of war, disaster, and time, the world is littered with desolate badlands, fortified kingdoms, and secretive enclaves where humanity still clings to life… Enclaves like The Grove – Earth’s last known repository of scientific knowledge and bioengineered prosperity. Now, under the leadership of the lone protector called War Mother and her sentient sniper rifle, the denizens of The Grove face a critical choice: remain where they are and die, or find a new land and flourish. Can War Mother lead her people out of isolation and reignite the fires of a dying planet? And even if she can locate the distant citadel she seeks, can she fight back the horrors and perverse monstrosities that lurk just beyond her doorstep?

“She’s the classic immovable object or unstoppable force,” series writer Fred Van Lente told SyFy Wire. “I think the people around her and Flaco – her talking, sentient sniper rifle – are probably more hesitant or filled with self-doubt than [War Mother] ever has been… So Ana finds herself in a weird position – she’s the only person from the Grove that’s ever left it, but now she’s also the leader.”

After first appearing with a highly speculated-upon cameo in the pages of BOOK OF DEATH #1 in 2015, War Mother rushed to the fore of the Valiant Universe with a history-making debut in the 4001 A.D.: WAR MOTHER #1 special – an integral chapter, helmed by Van Lente and blockbuster artist Tomas Giorello (X-O MANOWAR), at the heart of last summer’s best-selling crossover event. An instant fan favorite, the character’s landmark first appearance earned two sold-out printings and widespread critical accolades. Now, in lockstep with Valiant’s other major 2017 launches – including X-O MANOWAR (2017) #1, FAITH & THE FUTURE FORCE #1, BLOODSHOT SALVATION #1, NINJA-K #1, and QUANTUM AND WOODY! #1 – War Mother prepares to march onward into her first limited-series adventure…and, in doing so, join the battle-scarred pantheon of the 41st century’s greatest champions alongside Rai and his fellow veterans of the fall of New Japan.

“The year 4001 is a critically important component of the Valiant Universe – a turning point where the full effect of events of the present day finally come into focus in the future,” said Valiant CEO & Chief Creative Officer Dinesh Shamdasani. “As readers who picked up this year’s Free Comic Book Day issue can attest, it’s a setting that we’ll be revisiting multiple times over the coming year – and not just in this series. War Mother is a character that resonated instantly upon her first appearance and, as we noted at the time, she is a major new player that can stand alongside Valiant’s most powerful and enduring heroes. Perhaps more importantly, the path that Fred Van Lente and Stephen Segovia set her down here will have massive repercussions not just for War Mother, but for the entire direction of the year 4001 moving forward.”

Because you demanded it – the age of the War Mother begins now! In the footsteps of RAI and BOOK OF DEATH, raw power meets tribal warfare on August 23rd as Fred Van Lente and Stephen Segovia forge a modern myth of the near future through the fire-tempered frontier of 41st century Earth for Valiant’s next stunning science-fiction showdown! A comics milestone two millennia in the making starts right here as Valiant’s next powerhouse heroine steps out of 4001 A.D. and into her first full-length trial by fire, only in WAR MOTHER #1 (of 4) – featuring a high-caliber lineup of covers from astonishing artists David Mack (Daredevil), Clayton Crain (4001 A.D.), Kano (Daredevil), Jen Bartel (Jem & The Holograms), and Monika Palosz (DIVINITY III: STALINVERSE)! 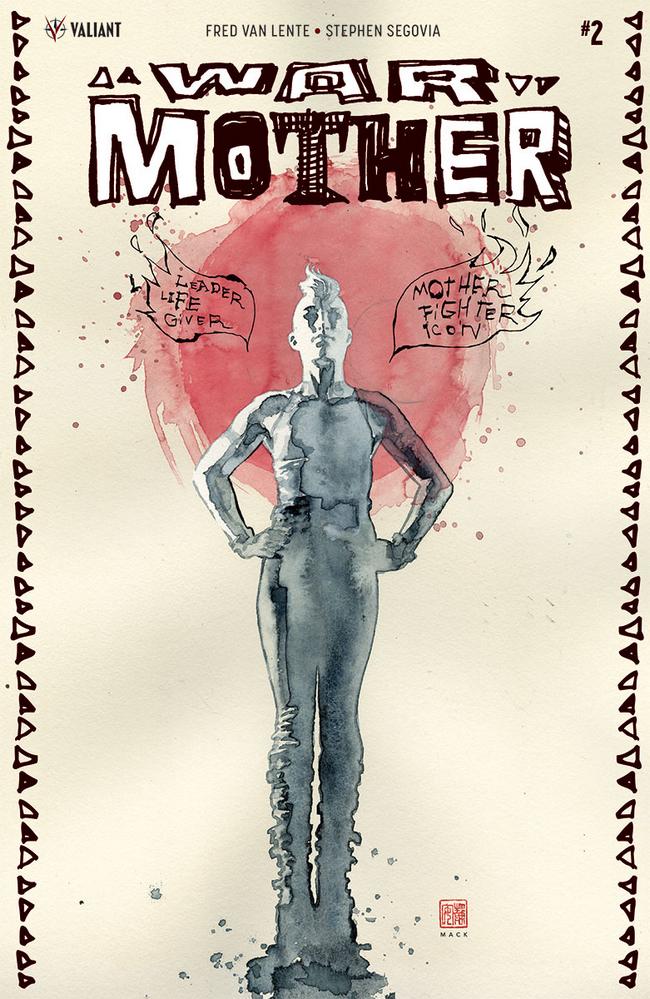 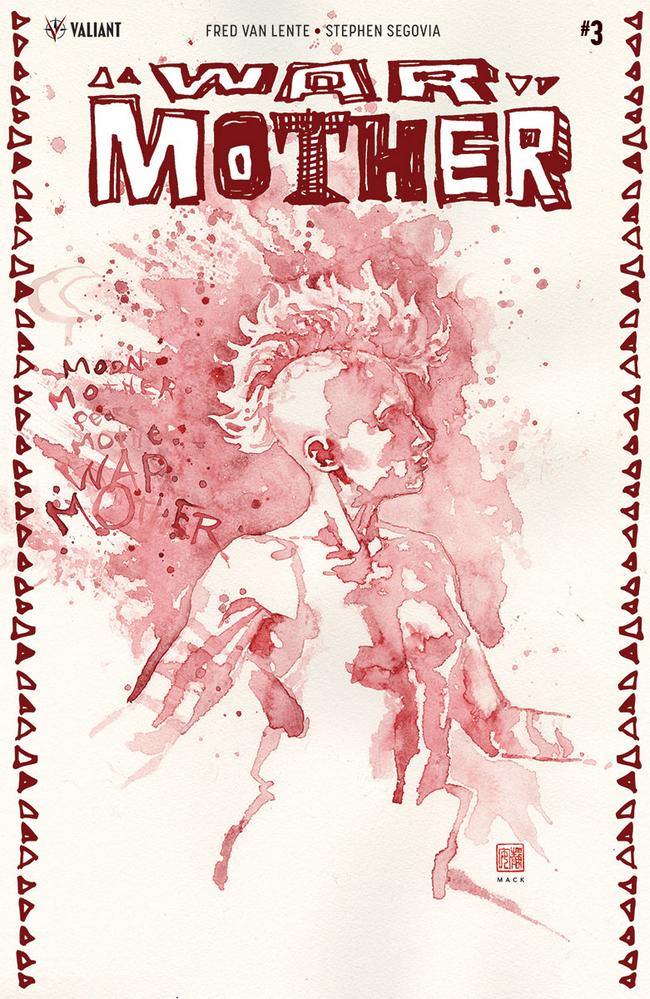 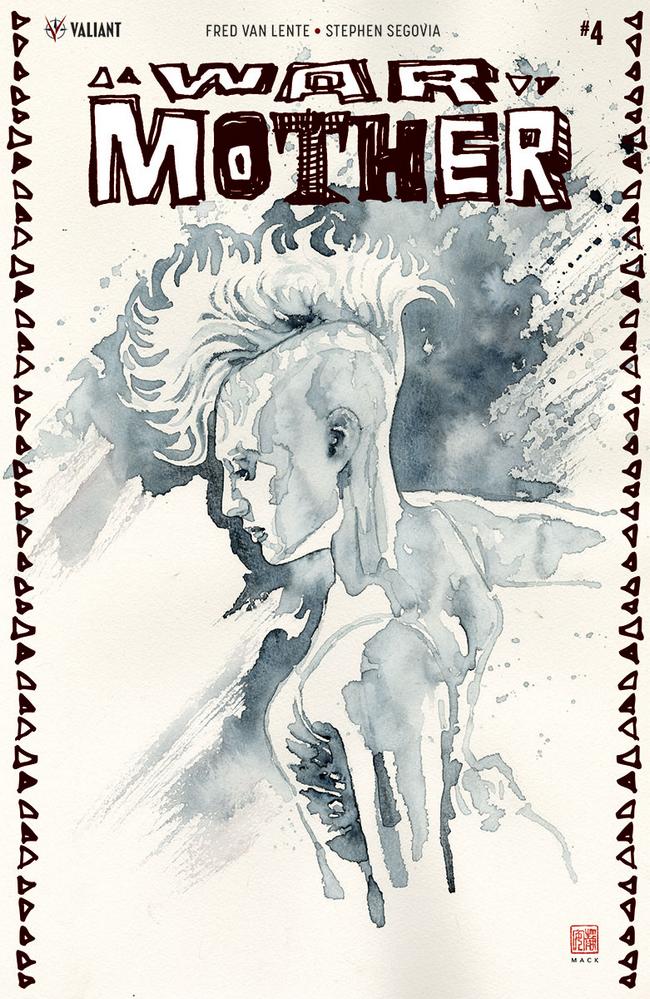