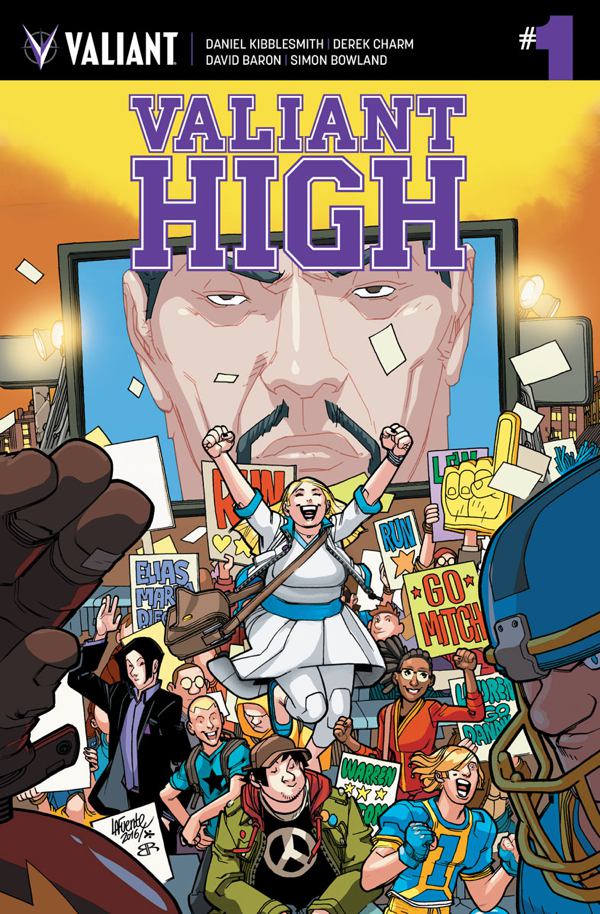 A unique entry-point that’s perfect for new fans and longtime readers alike, Valiant High presents a hilarious reimagining of Valiant’s award-winning superhero universe – one where the next world-ending cataclysm will have to wait until after prom night! Before they became legends, the world’s most formidable heroes were roaming the halls at Valiant High – a super-powered preparatory academy where Aric “X-O Manowar” Dacia is a record-setting running back, Colin “Ninjak” King is a debonair foreign exchange student, and Coach Bloodshot is way, way too into dodgeball. Now, Amanda “Livewire” McKee and her best friend, Faith “Zephyr” Herbert, are taking it all in for the first time at the one high school where power trumps popularity!

Taking place outside of Valiant’s standard continuity, Valiant High is packed with never-before-seen incarnations of the greatest icons from the largest independent superhero universe in comics – including Archer & Armstrong, the Death-Defying Dr. Mirage, the Eternal Warrior, Toyo Harada, Kris Hathaway, Peter Stanchek, Quantum and Woody, and many more. You’ve never seen the heroes of the Valiant Universe quite like this before!

“Valiant has one of the deepest and most diverse libraries of characters in the history of comics. From action-adventure to historical fiction and even comedy, our heroes lend themselves to an incredible array of settings and genres, and we’re always looking to challenge the notion of what kind of stories we can tell,” said Valiant Chief Operating Officer Gavin Cuneo. “Now, in tandem with comiXology Originals, we’re proud to break new ground yet again with Valiant High and reinvent the Valiant Universe from the ground up in a hilarious new world that’s a perfect introduction to all of our most renowned superhero icons… From Archer & Armstrong to Faith to X-O Manowar and everyone in between.”

In addition to this exciting launch, comiXology is having a 50% off sale on all Valiant Entertainment collections released prior to 1/1/2017. Beginning today, readers new and old can stock up, save and discover the heroes behind Valiant High with first appearances and seminal storylines from series including Bloodshot Reborn, Divinity, Faith, Rai, Unity, The Valiant, Wrath of the Eternal Warrior, and many more. Exclusively through comiXology and Kindle, Valiant High issues #2 – #4 will be available for pre-order today! 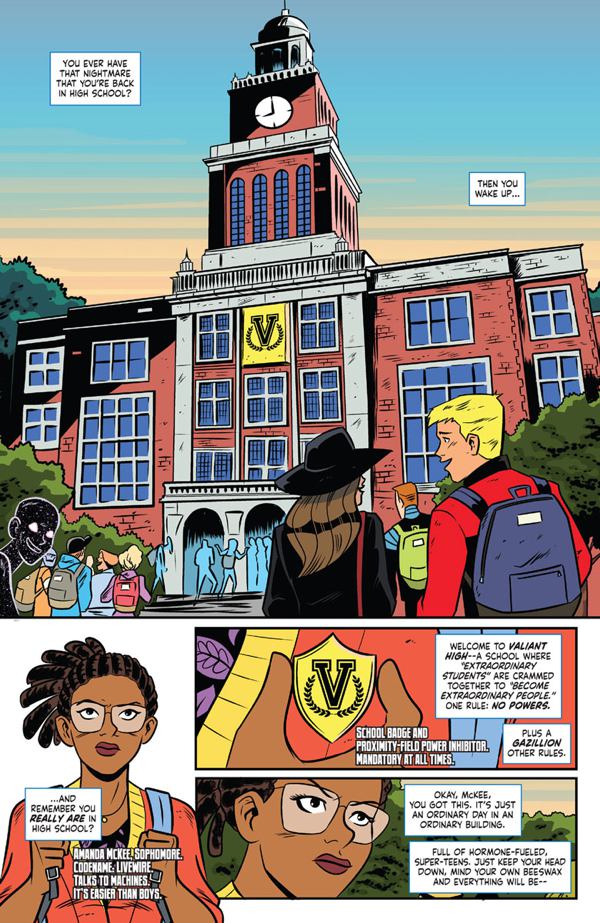 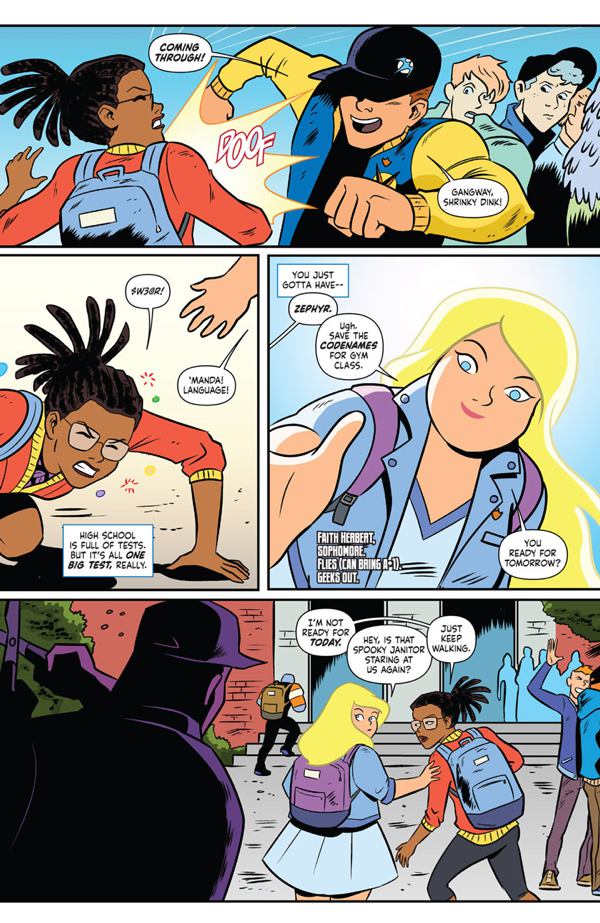 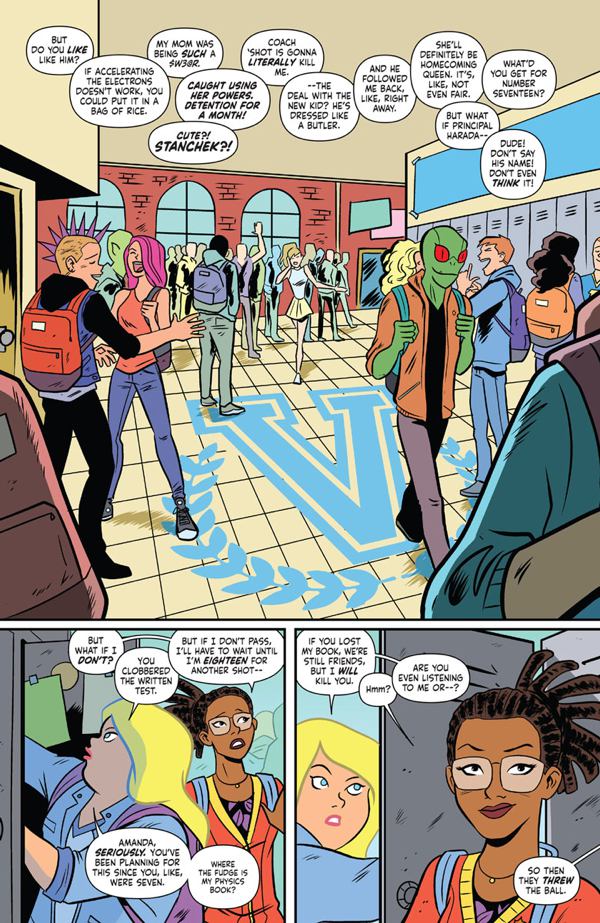 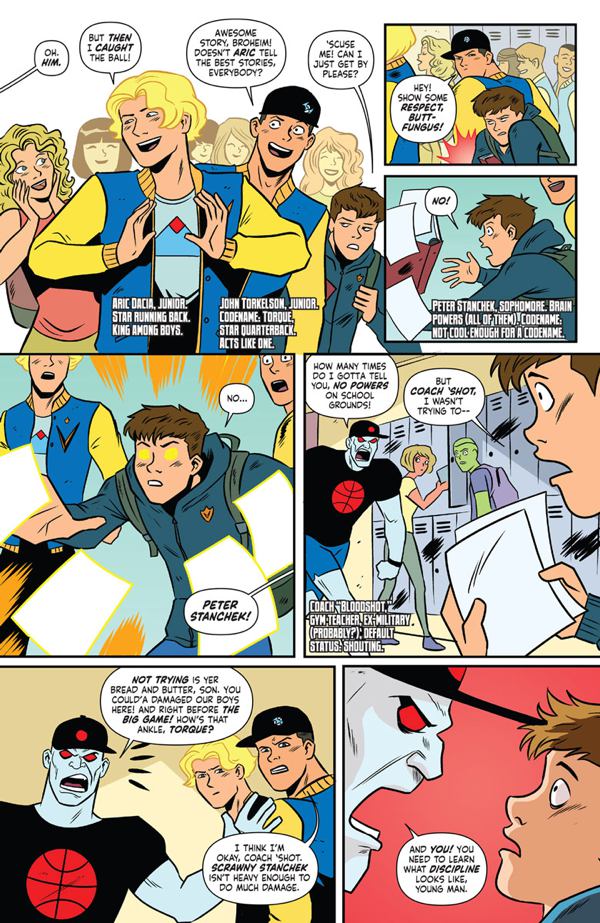 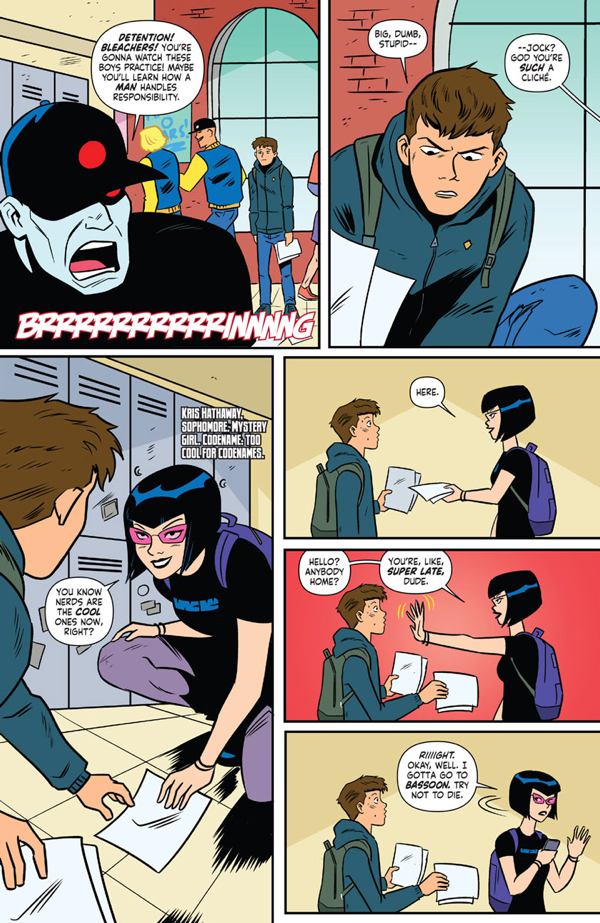 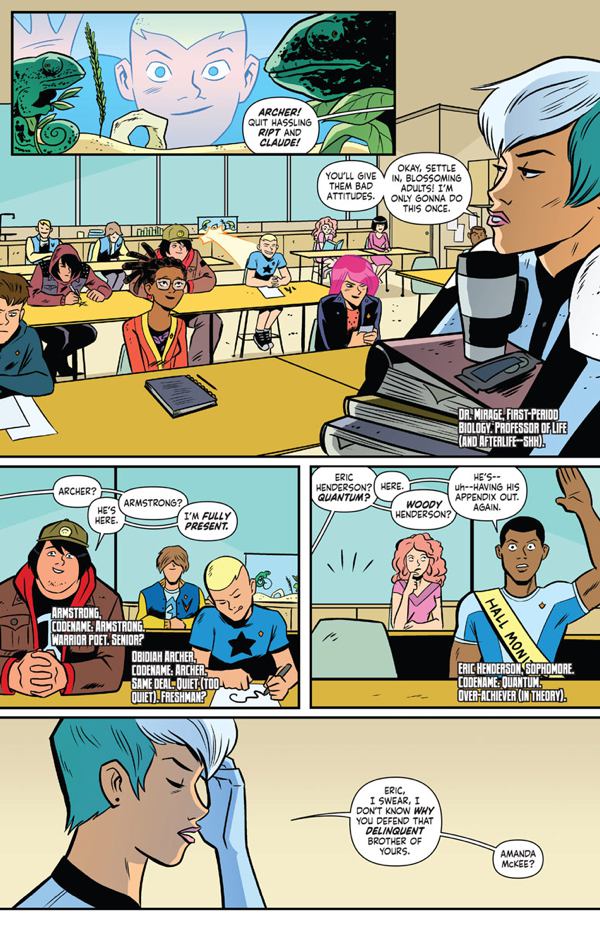 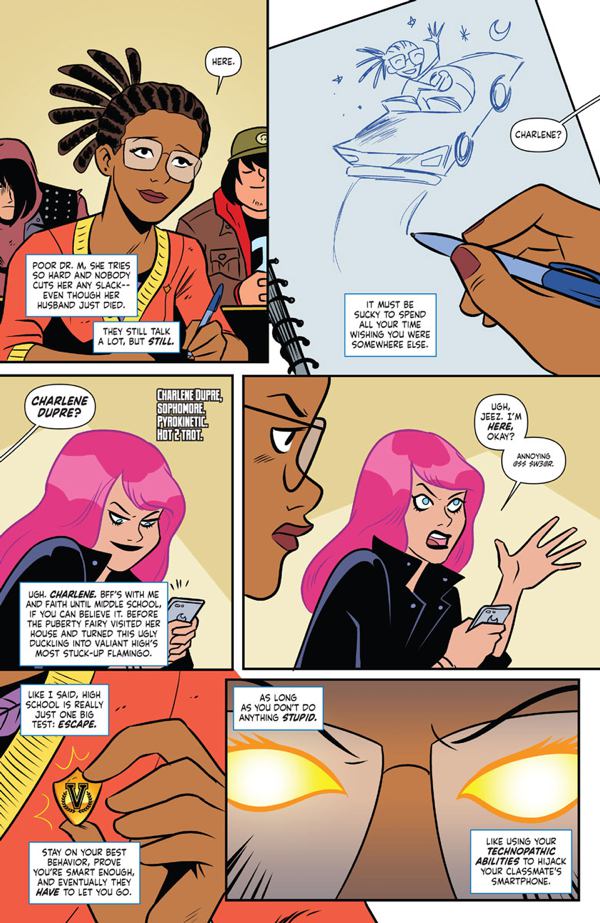