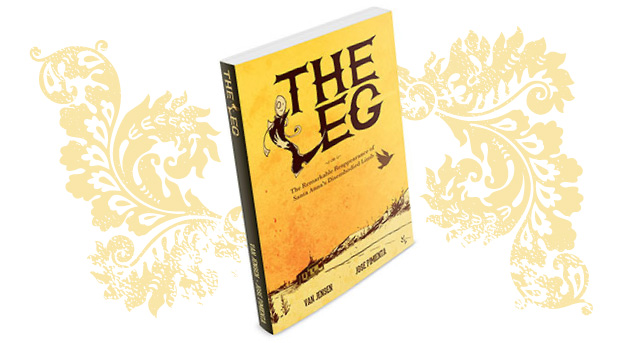 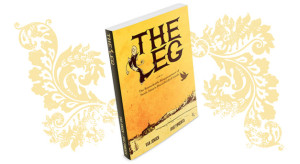 Comic books have long been home to oddball protagonists, but none has ever been stranger than this one! THE LEG is a new graphic novel starring the disembodied, sentient leg of Mexican President Santa Anna. (Yes, you read that right.)

THE LEG: Or, the Remarkable Return of the Disembodied Limb of Santa Anna was created by writer Van Jensen (Pinocchio, Vampire Slayer; Green Lantern Corps; and The Flash) and acclaimed artist Jose Pimienta (A Friendly Game). The 180-page, full-color graphic novel takes place in 1938 Mexico, a century after Santa Anna lost his left leg in battle against French invaders. Now, mysteriously, the Leg has returned, and it discovers a new threat against its beloved country. As the Leg ventures across Mexico, it will encounter the strangest elements of Mexican folklore and history, and it will come face to face with its own turbulent legacy. A pastiche of Robert Rodriguez’ Mexico trilogy and the surrealist paintings of artists Diego Rivera and Frida Kahlo, THE LEG is an intensely original spin on the Spaghetti Western genre.

The Kickstarter can be found here: http://goo.gl/BOhWLJ