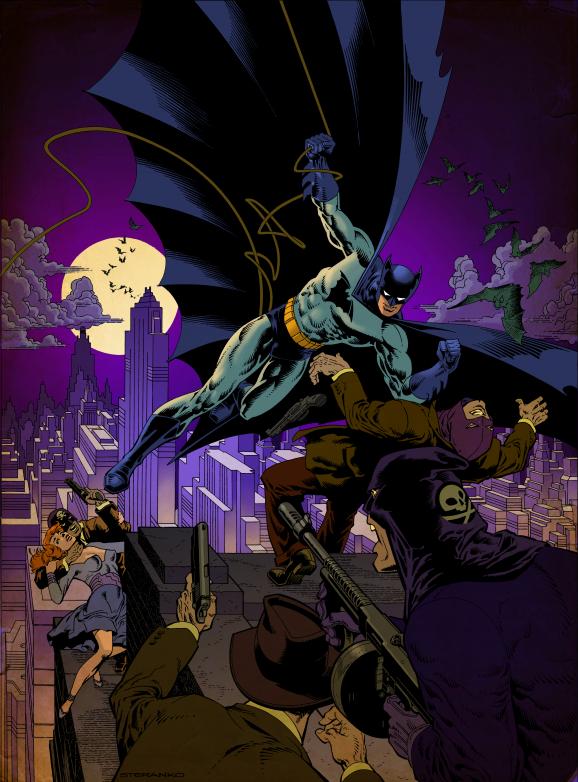 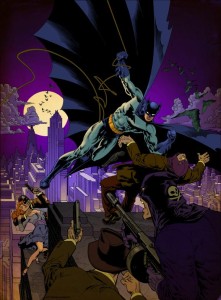 The Batman 75 variants, are the latest in a variety of monthly themes. DC Comics kicked off the year with Scribblenauts in January, followed by steampunk in February, while March saw Robot Chicken covers based on the Adult Swim show, this month sees MAD themed covers in honor of Alfred E.

Neuman’s Birthday, May brings a host of variants by artist Mike Allred done in the groovy style of Batman ’66, and June brings retro Bombshell covers based on the popular DC Collectibles line.

Check out the DETECTIVE COMICS #33 cover, by legendary artist Jim Steranko in the gallery above. Head over to the NEW YORK DAILY NEWS for the full story or pick up a copy of today’s paper to see it in print.

Below, is the full list of comic books that will feature Batman 75 variant covers: