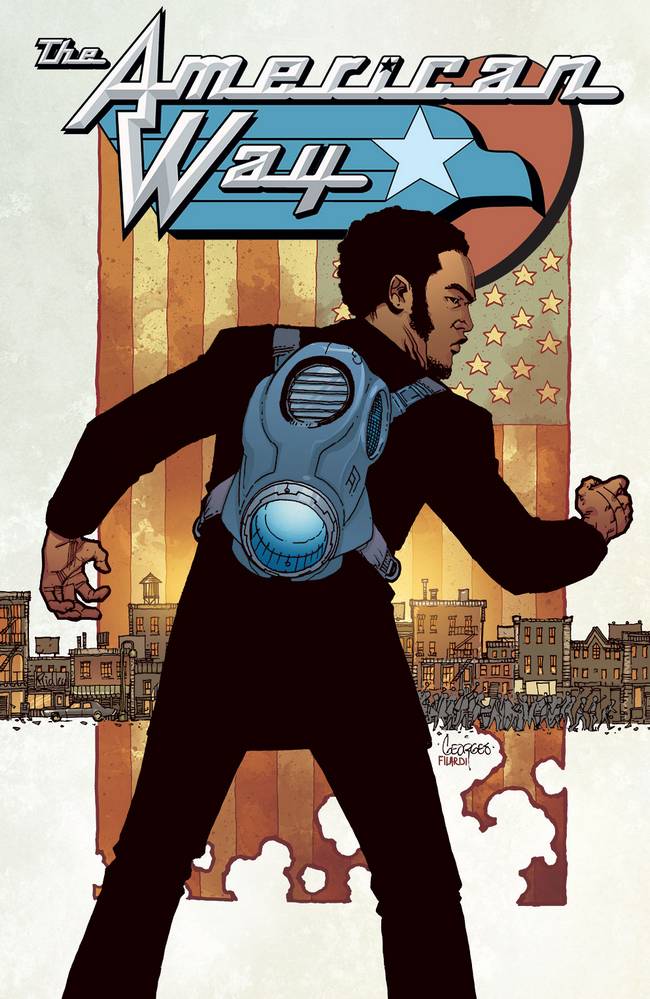 Oscar-winning screenwriter John Ridley (12 Years A Slave, American Crime) returns to comic books with THE AMERICAN WAY: THOSE ABOVE AND THOSE BELOW, uniting with his series artist Georges Jeanty. The six-issue monthly miniseries hits shelves in summer 2017 and will be published under DC Entertainment’s Vertigo imprint. Staying true to THE AMERICAN WAY, this sequel will explore historically significant sociopolitical and racial themes still relevant today. The story picks up in 1972, the year of Richard Nixon, Angela Davis, Watergate and the Weather Underground, when social and political tensions in America were at an all-time high.

“On the 10-year anniversary of the series, it feels both fantastic and appropriate to be able to return to THE AMERICAN WAY,” explains writer John Ridley. “Though I have been very blessed over the last decade in both film and television, there is a very special sense of accomplishment that comes with seeing your work on display at the local comics shop. I’m so thankful to everyone at DC for giving both me and our many fans the opportunity to revisit the stories, themes and perspectives that were such an integral part of THE AMERICAN WAY.”

THE AMERICAN WAY: THOSE ABOVE AND THOSE BELOW tracks an alternate timeline in which costumed superheroes—once paragons of the Establishment—fall into disgrace during the turmoil of the 1960s following the Kennedy assassination, the Kent State shootings and the public’s growing cynicism over the lies of its leaders. Enter Jason Fisher, once known as the New American—one of the few “heroes” who still operates openly after the disbanding of the Civil Defense Corps (CDC), the former governmental agency that oversaw America’s greatest propaganda tool: its costumed heroes. Jason takes on a quixotic mission, championing the disenfranchised in inner-city Baltimore.  Jason, however, finds both resistance and outright hostility from the very people he is trying to help, who see him not as a savior, but as a tool of the heavy handed police force that targets America’s young, black men through racial profiling.  Jason’s dilemma: to uphold the law, or to serve the people.  In 1972, you couldn’t always do both.

“I am elated to return to THE AMERICAN WAY and join John on this new journey,” says Georges Jeanty. “In regard to the artistic approach, the series picks up ten years later, and I want to show the grittier side of the ‘70s by composing pages with heavier considerations to shadows and somber lighting to underscore the unrest and uncertainty of the times.”

“John Ridley’s work has always been a terrific melding of socially relevant themes and popular entertainment,” states Jamie S. Rich, Group Editor of Vertigo. “We feel his particular brand of incisive commentary and intriguing characters fits right in with what we do at Vertigo, and we couldn’t be more thrilled to add his voice and THE AMERICAN WAY to our publishing line.”