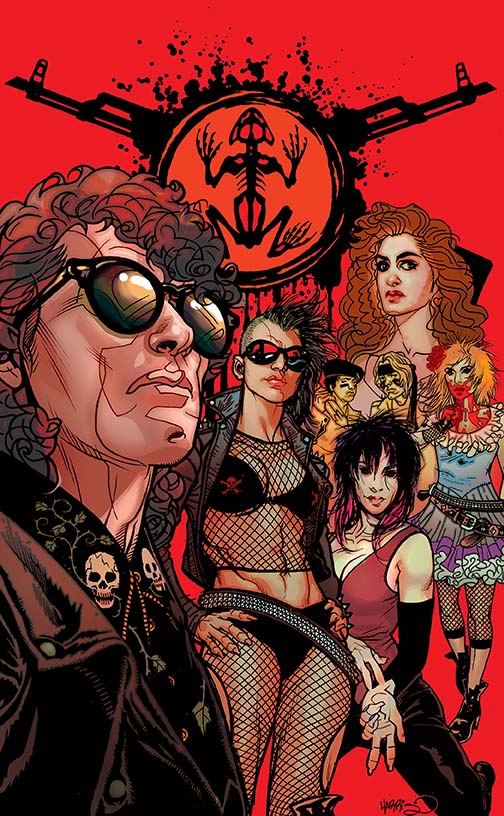 THE LOST BOYS never grow old, never die, and have a new miniseries from Vertigo on behalf of Warner Bros. Consumer Products hitting shelves October 12. The stakes are high in this nostalgic and unstoppable sequel to the ’80s cult classic vampire film. Featuring the surviving characters from the film, THE LOST BOYS comic book is being crafted by horror veterans, writer Tim Seeley (GRAYSON, NIGHTWING, Hack/Slash) and artists Scott Godlewski (THE DARK & BLOODY, Copperhead) and Patricia Mulvihill (THE DARK & BLOODY, HELLBLAZER), with covers by Tony Harris. The team will deliver a gruesome and stylish return to the bloody boardwalks and big hair of 1987.

Santa Carla, California, is on edge. The eccentric coastal town and haven for the undead was finally returning to “normal” after its last supernatural scuffle left the local vampire coven’s leader dead and gave newcomers Michael and Sam Emerson a housewarming both violent and bizarre. Now the brothers must once again team up with militant vampire hunters Edgar and Allan Frog as a new gang of ruthless, stunning, life-sucking nightcrawlers known as the Blood Belles emerges from the aftermath to collect Michael’s love interest and their lost sister, Star. 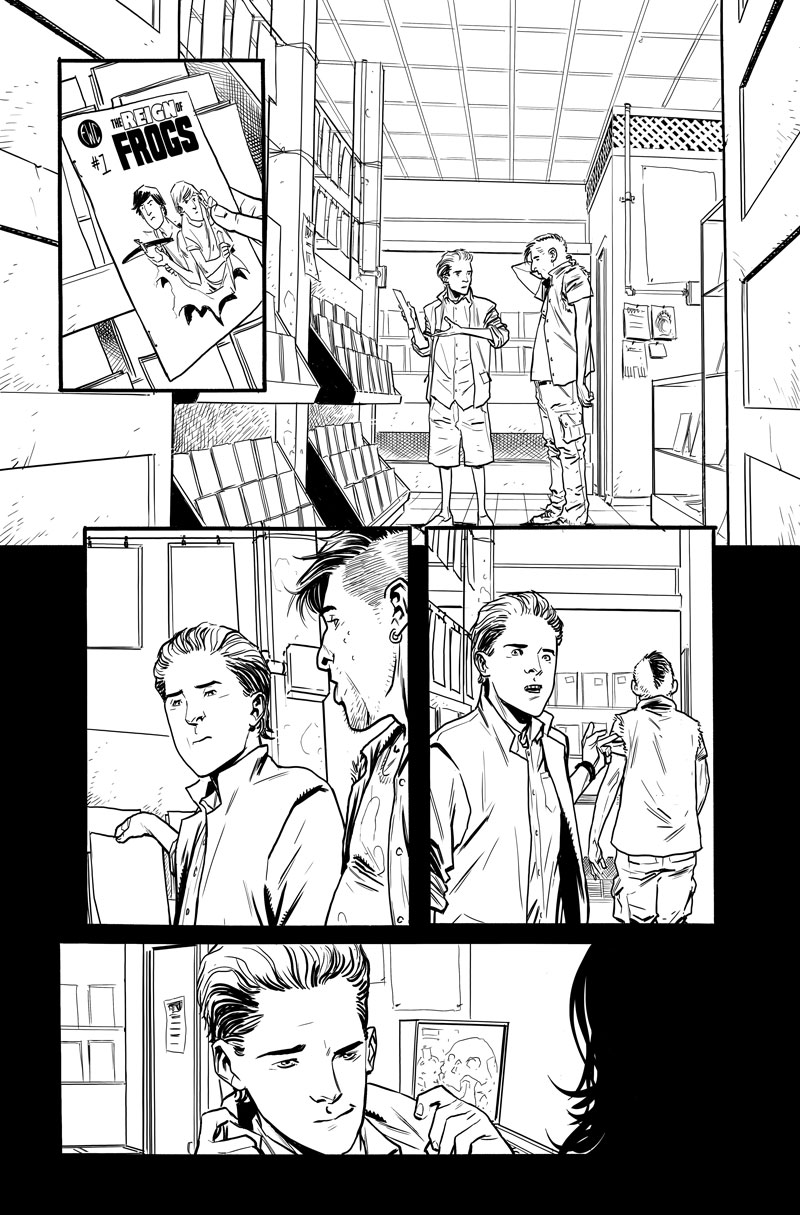 “I saw The Lost Boys at a formative time in my life, when a VHS, a VCR and a summer afternoon were a perfect escape into a crazy world of biker vampires with mullets and monster-fighting hippy grandpas,” explains writer Tim Seeley. “The Lost Boys was one of my entry points into the horror genre, and I’ve been fascinated ever since. Getting the chance to write a sequel to the film, featuring the original characters, and getting to work with Scott, Patricia and Tony is truly a high point in my comic book-making career.” 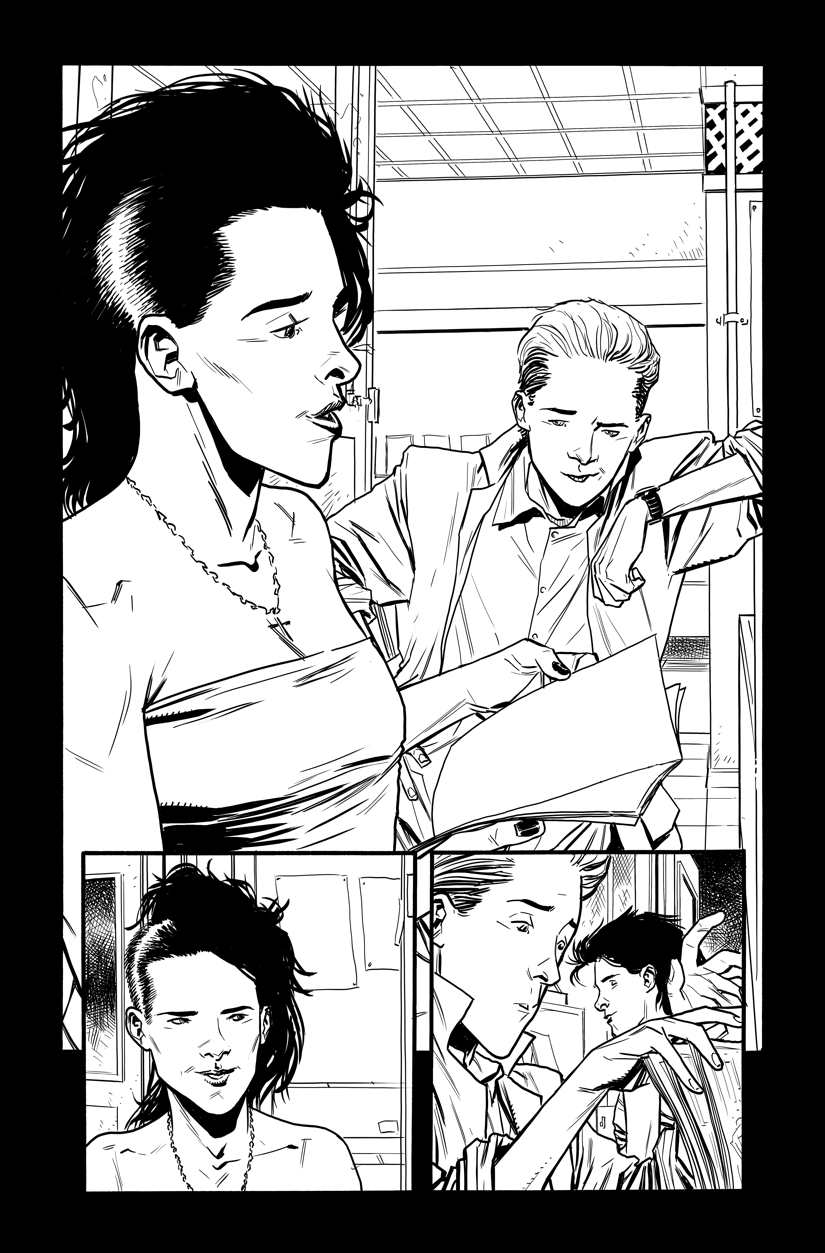 “I hadn’t revisited the film until after becoming involved with this project and totally understood the fascination and the reason for the devoted cult following,” explains artist Scott Godlewski. “My artistic approach to the series is all about keeping the lighter moments light so that when the blood and guts show up they hit you like a hammer.” 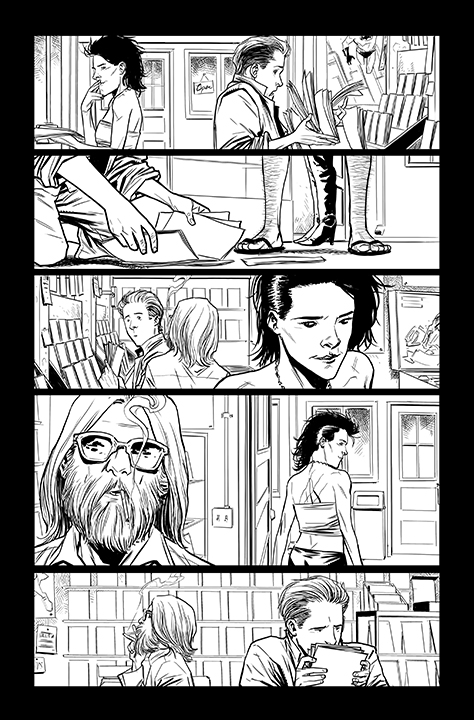 The first issue of this monthly mini-series from Vertigo will be available on October 12.