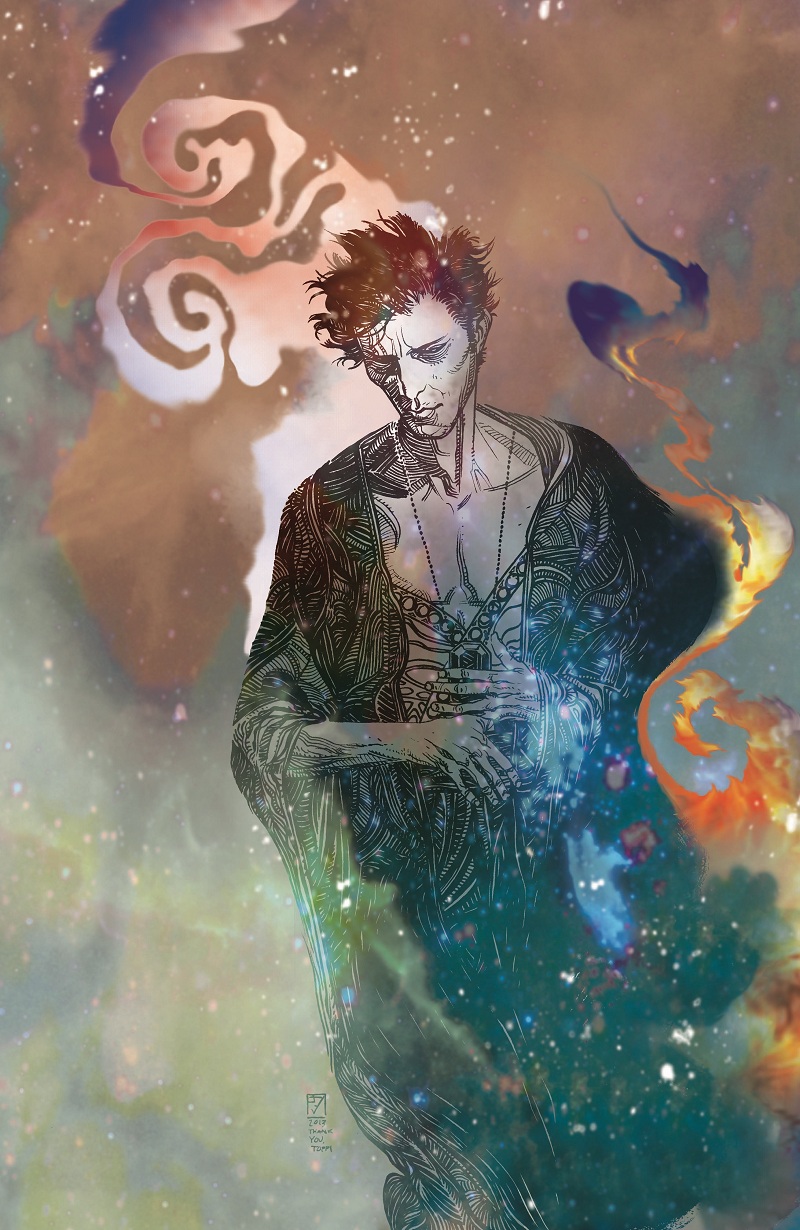 Vertigo has released details about the upcoming return of Neil Gaiman to Sandman in October’s The Sandman: Overture. 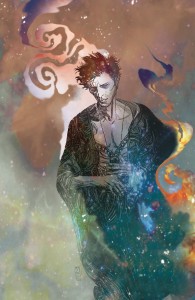 This October, author Neil Gaiman returns to the realm of the Endless for an eagerly anticipated tale that will bring readers back to one of the most critically-acclaimed comic book series ever. THE SANDMAN: OVERTURE will unite Gaiman with visionary artist J.H. Williams III and reveal a previously untold story in THE SANDMAN mythos. The announcement was made today by Shelly Bond, Executive Editor of Vertigo, an imprint of DC Entertainment.

One of the most popular, groundbreaking, bestselling and award-winning comic books of the last twenty-five years, Gaiman’s THE SANDMAN stands tall as one of the few graphic novel series ever to be on the The NewYork Times Best Seller list and lauded by critics the world over for its transformative storytelling in the comic book industry.

On October 30th, Gaiman returns to his beloved universe for the first time in more than 10 years since ending the series. The story will explore Morpheus’ world before he was captured, which is bound to captivate the hearts and imaginations of the most loyal fans and new readers alike. Brought to life by renowned artist J.H. Williams III (BATWOMAN, PROMETHEA), THE SANDMAN: OVERTURE #1 will be an oversized issue and will showcase his talent with a spectacular interior gatefold.

“This is the one story that we never got to tell,” Gaiman told The New York Times today. “In SANDMAN #1 Morpheus is captured somehow. Later on in the series, you learn he was returning from somewhere far, far away – but we never got to the story of what he was doing and what had happened. This is our chance to tell that story, and J.H. Williams III is drawing it. It’s the most beautiful thing in the world.”

“Neil Gaiman returning to the lush, evocative world he created with Sandman is a literary event,” said Diane Nelson, DC Entertainment President. “We’re honored to have Neil back for a story only he and J.H. can tell. It’s a testament to the lasting power of Vertigo, Sandman and Neil’s amazing creativity. ”

Also bi-monthly and alternating with the main OVERTURE series, Vertigo will publish THE SANDMAN: OVERTURE Special Edition. These deluxe issues will include original scripts by Gaiman, additional concept art and sketches by Williams, Q&As with the creative team and more, starting in November.

More details about the series – including artwork – will be revealed at this year’s Comic-Con International: San Diego 2013. Gaiman, Williams and McKean are special guests of the convention, during which Vertigo will host a 25th Anniversary all-star panel featuring Gaiman, Williams and artists Dave McKean and Sam Kieth. Gaiman will also be spotlighted at his own standalone panel. Additionally, the cover of the Comic-Con International: San Diego 2013 Souvenir Book features all-new Sandman art by Dave McKean, which will also be featured on an official convention T-Shirt.

With more than 7 million copies sold in nine different languages, Gaiman’s multi-volume magnum opus THE SANDMAN features literature’s Endless family—Death, Desire, Despair, Delirium, Destruction, Destiny and Dream. The critically acclaimed Vertigo fantasy series transformed the landscape of comics, helping usher in an era of more compelling and sophisticated storytelling. Combining mythology and literature in an epic story, it is one of the most popular, groundbreaking, bestselling and award-winning comic books of the last twenty-five years. It has garnered nineteen Eisner and six Harvey Awards and is the only comic book to win the World Fantasy Award.

Neil Gaiman is the New York Times best-selling author of this summer’s The Ocean at the End of the Lane, as well as the Newbery Medal-winning The Graveyard Book and Coraline, the basis for the eponymous hit movie. His other books include Anansi Boys, Neverwhere, American Gods andStardust (winner of the American Library Association’s Alex Award as one of 2000’s top novels for young adults) and the short story collections M Is for Magic and Smoke and Mirrors. He is also the author of The Wolves in the Walls and The Day I Traded My Dad for Two Goldfish, both written for children. Among his many awards are the Eisner, the Hugo, the Nebula, the World Fantasy and the Bram Stoker. Originally from England, he now lives in the United States.

Williams is the co-writer as well as the co-artist of the GLAAD Award-Nominated title BATWOMAN for DC Comics-The New 52 and the artist on PROMETHEA, DESOLATION JONES and other titles. His many accolades include two Eisner awards for his spectacular, visionary artwork as well as a pair of Harveys for his work on BATWOMAN and PROMETHEA.