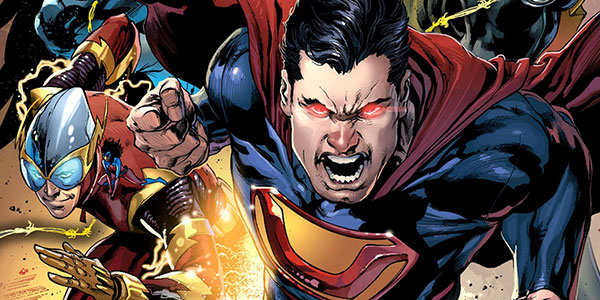 Welcome back to Week Two of VILLAINS WATCH, the weekly look at DC’s Forever Evil mini-series, its lead-ins and effects. This week is a look at the origins of the Crime Syndicate, the evil mirror versions of the Justice League recently revealed to be behind the events of this first DC Comics New 52 event. But first, a little recap: 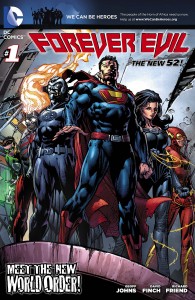 “Johns unpacks a lot in this issue — perhaps too much, to be honest — in trying to hit all the major story points that will spin out of this first issue, but manages to bring the real focus in to a character we haven’t seen a whole lot of these past two years: Lex Luthor … The surprise double gatefold spread of the Syndicate greeting their new Secret Society is a ton of fun, giving readers a chance to pick out characters old and newer, as there are a lot of dear friends that we haven’t seen in a long while resurfacing for the event.”

No villains make me happier in the DC Universe than the Crime Syndicate. First appearing all the way back in 1964’s Justice League of America #29, these mirror versions of core Justice League members Superman, Batman, Wonder Woman, Flash and Green Lantern were among the very first villains to challenge the JLA and their Earth-2 counterparts the Justice Society of America at once. DC Comics’ Who’s Who: The Definitive Guide to the DC Universe describes their origins as such: 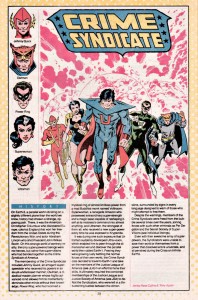 On Earth-3, a parallel world vibrating on a slightly different plane than the world we know, history has chosen a strange, opposing path. There, it was the American Christopher Columbus who discovered Europe; colonial England that won her freedom from the United States during the Revolutionary War; and actor Abraham Lincoln who shot President John Wilkes Booth. On this strange world of contrary reality, the only super-powered beings were not heroes, but rather five super-villains who had banded together as the Crime Syndicate of America.

The membership of the Crime Syndicate of America included Johnny Quick, an arrogant super-speedster who received his powers in an as-yet-undisclosed manner; Owlman, a diabolical master planner whose advanced mind allowed him to momentarily dominate other minds without their knowledge; Power Ring, who had received a mystical ring of almost limitless power from a mad Buddhist monk named Volthoom; Superwoman, a renegade Amazon who possessed extraordinary super-strength and a magic lasso capable of reshaping itself as its mistress’s command into almost anything; and Ultraman, the strongest of them all, who received a new super-power every time he was exposed to Kryptonite.

It was during one such exposure that Ultraman suddenly developed Ultra-vision, which enabled him to peer through the dimensional veil and discover the parallel world then called Earth-1. Fearing they were growing rusty battling the normal forces of their own world, the Crime Syndicate decided to travel to Earth-1 and take on the members of the Justice League of America in an effort to hone their skills. It ultimately required the combined memberships of the Justice League and Justice Society of America to defeat the Syndicators, who were left in a life-sustaining bubble between the dimensions, surrounded by signs in every language designed to warn of those who might attempt to free them.

Despite the warnings, members of the Crime Syndicate were freed from the bubble several times over the years, joining forces with such other criminals as Per Degaton and the Secret Society of Super-Villains. 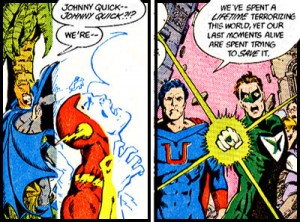 Alas, the Crime Syndicate were the very first characters to perish in the 1985 mini-series Crisis on Infinite Earths, where DC Comics took their multiverse and re-condensed it down into a single timeline and universe. It was a very symbolic move — for the CSA were the first original characters to be introduced in relation to a multiverse — but not one that could last forever. Over the course of years, the concept of the Crime Syndicate was too good to leave fallow for long, so there were new iterations introduced that could work within the new framework DC had set up for itself. And along the way, lots of ideas got introduced that would make it to the pages of Forever Evil this very month. 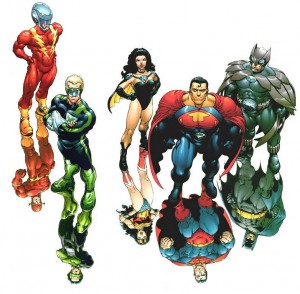 The Crime Syndicate was briefly proposed in the 1990s as retroactively having been from the anti-matter universe of Qward (think bug-eyed and muscle-bound), but that was quickly abandoned so that Grant Morrison could reintegrate the powerful five into his new JLA launch. Now heralding from a version of Earth that exists in orbit on the exact other side of our sun, the Crime Syndicate was truly the mirrors of that era’s Justice League — right down to having a younger Power Ring to mirror Kyle Rayner’s place as sole Green Lantern of the time. Cleverly, Earth 2 (as their home was now called) was the true mirror of our Earth as well, evolving humans with aorta on their right sides, continents flipped backwards, and a probability factor that favors the triumph of evil. Everything about this world down to its root would confound the Justice League, although they would of course triumph in the end. 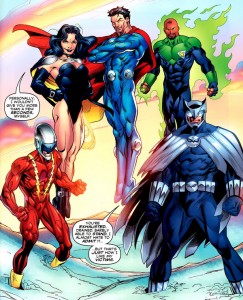 Unlike the original Crime Syndicate (whose individual identities were never known), these new iterations had distinct stories to their origins that would add an extra wrinkle to the Justice League’s attempts at their defeat. Ultraman was no Kryptonian, but a human astronaut Clark Kent that received powers from an encounter with an alien species. Johnny Quick was a drug addict who mainlined speed force like heroin. Superwoman was still an Amazon, but took on the name Lois Lane — and was having an affair with Owlman while married to this Earth’s Man of Steel. Owlman himself was the most curious of all, as he was in fact Thomas Wayne Jr., the other son of Thomas and Martha, who survived a shooting attempt by a corrupt police officer that killed Bruce and their mother.

The Crime Syndicate would return several times over the course of the next decade, eventually being reimagined (once again) as the inhabitants of Earth-3 after the recreation of the DC multiverse at the culmination of the yearlong mini-series 52. Always slightly changing to keep up with times, as their counterparts did in our monthly reading, this fearsome five was a difficult concept to make stick in the pre-Flashpoint universe without the opportunity to truly flesh out their character and their past. As luck would have it, that time is now.

With the reintroduction of the Crime Syndicate at the end of Justice League #23, the final chapter of the Trinity War crossover, it seems the original villains of Earth 3 are back — so much so they lent their name to the storyline the entire time with readers none the wiser. But what has stuck and what’s been discarded? 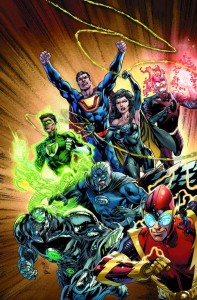 It seems from the events of Forever Evil #1 (and interviews with Geoff Johns on the topic) that we can surmise most of the identities behind the masks already. Power Ring and Johnny Quick have been confirmed as Earth 3’s Hal Jordan and Barry Allen, respectively. The fact that Ultraman could be mistaken as Superman’s twin (and was, regrettably, by poor, poor Monocle) leads us to believe he is every bit the Kal-El of that world — although with a new weakness to sunlight. Curiously, Owlman is once again Thomas Wayne Jr., as revealed by the Outsider (leader of the newly formed Secret Society of Super-Villains and longtime Earth 3 Wayne butler Alfred Pennyworth) in Justice League #23. Apparently, not everyone is meant to be a doppelganger necessarily.

What we don’t know at this point is how much these newly arrived characters connect to things that happened in the New 52, but outside the Justice League books. Volthoom is the name of the otherworldly First Lantern who appeared in Geoff Johns’ final story arc in Green Lantern. Is he the benefactor behind Power Ring’s energy? Likewise, what of our universe’s Thomas Wayne, Jr., otherwise going by the appellation of Lincoln March in the pages of Batman? Is there a connection there?

Meanwhile, we also know something of the identities of the three new members of the Crime Syndicate. Atomica is Rhonda Pineda, an analogue to a hero not yet in evidence in the New 52, and girlfriend to Johnny Quick. Deathstorm is, as Johns describes, “a scientist who’s been merged with the dead body of his lab assistant. It’s given him a cold demeanor and a clammy touch. He’s essentially a mad Nazi scientist with atomic power at his hand.” One could theorize this is Martin Stein, former mentor to his analogue Firestorm — and key participant in his matrix while a member of the Bronze Age Justice League of America — although we do not have confirmation of that as yet. The Grid is Apokaliptian technology come to independent sentience, once grafted onto the body of Victor Stone by his father, making him Justice League founding member Cyborg. The Grid is not of Earth 3, but he certainly fits right into the crew. 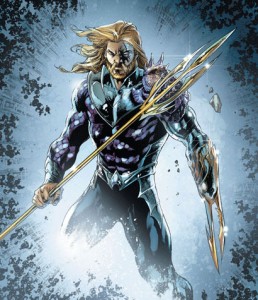 Ultraman alludes to other villains for which there are Prime Earth hero counterparts that didn’t survive the destruction of their world. The Sea King, an analogue for Aquaman, surprisingly mirrored our Arthur’s look from the 1990’s, with beard, long hair, and a hook hand. Sadly, he did not survive the escape to our world [EDIT: We spoke too soon! The Sea King will be back in Justice League Dark #26!]. Others have been mentioned, like the Dick Grayson of Earth 3, but not seen. Time will tell if Forever Evil will give us a glimpse of the full compliment of what that world had to offer. Like the Direct-to-DVD animated film in which the Crime Syndicate starred, there could be dozens of other “heroes” who populated this reverse world. All we know for sure is that east was west, bad was good, and the mighty survived all.

In the meantime, we will be treated to seeing the Crime Syndicate evolve not just in monthly issues of Forever Evil and Justice League, but also in action figure form, as DC Collectibles begins to roll out its full set of figures (sold individually) in February and March of 2014. 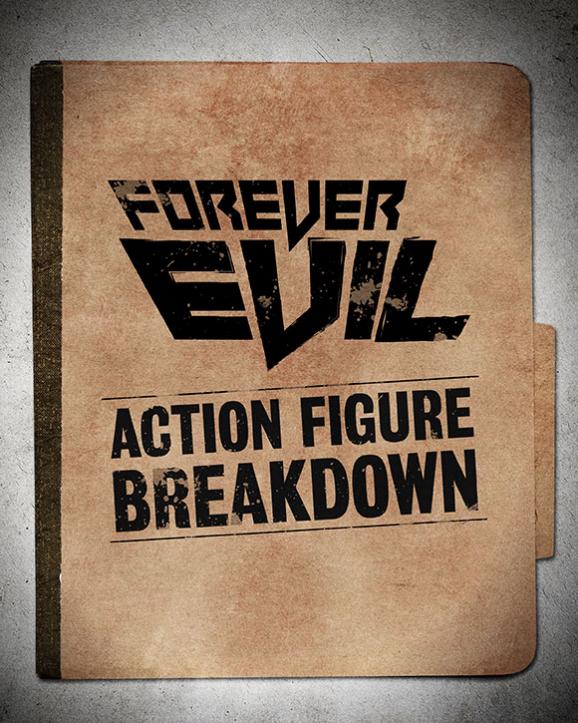 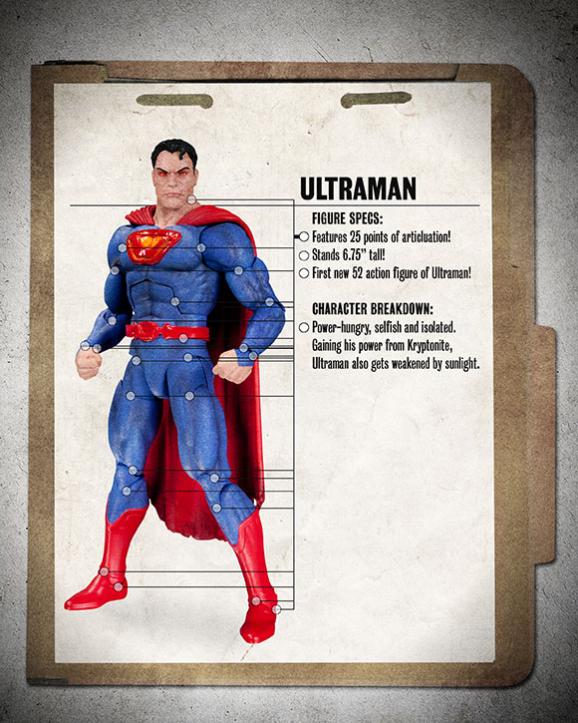 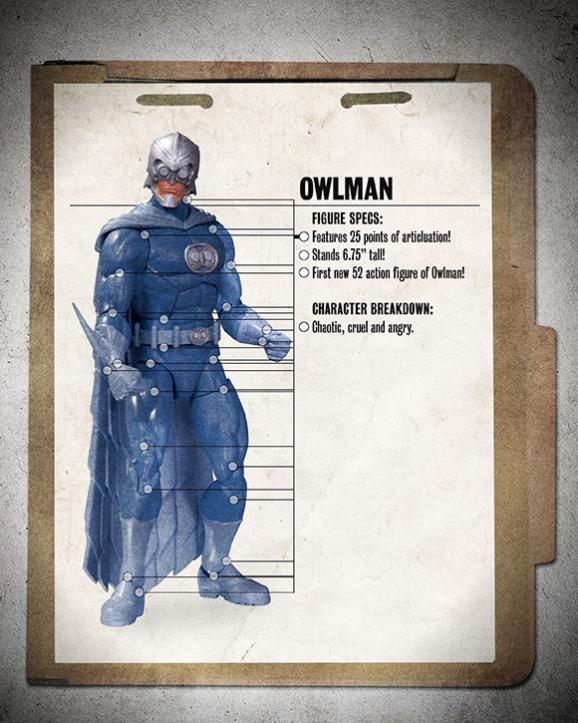 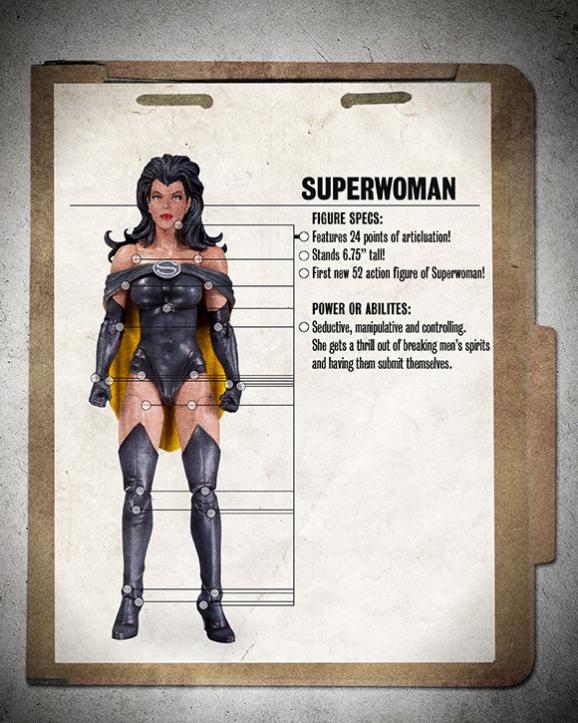 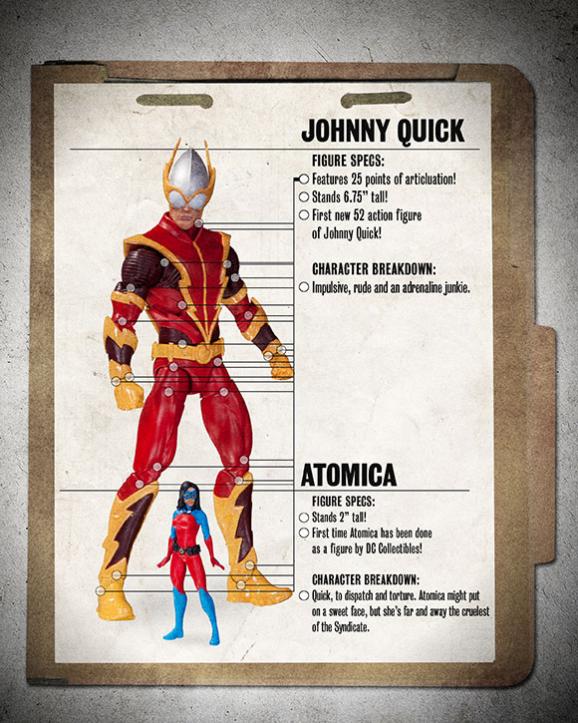 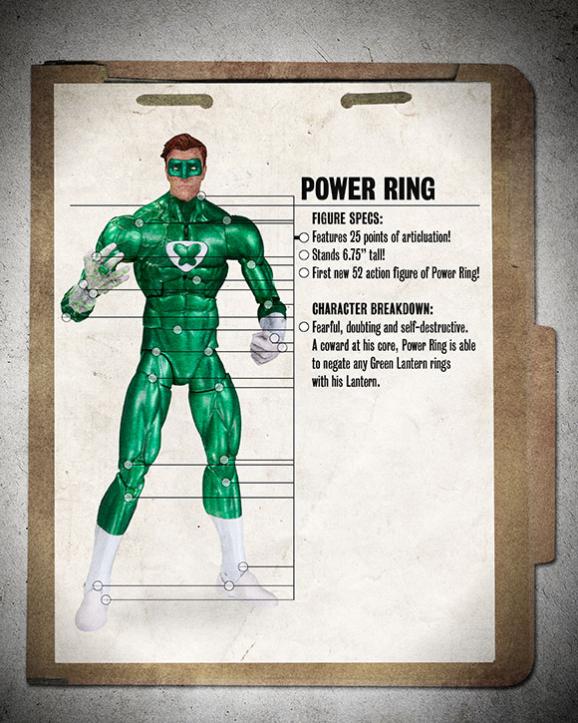 Coming up later this month: A similar look at the Secret Society of Super-Villains! And the history of the Outsider!