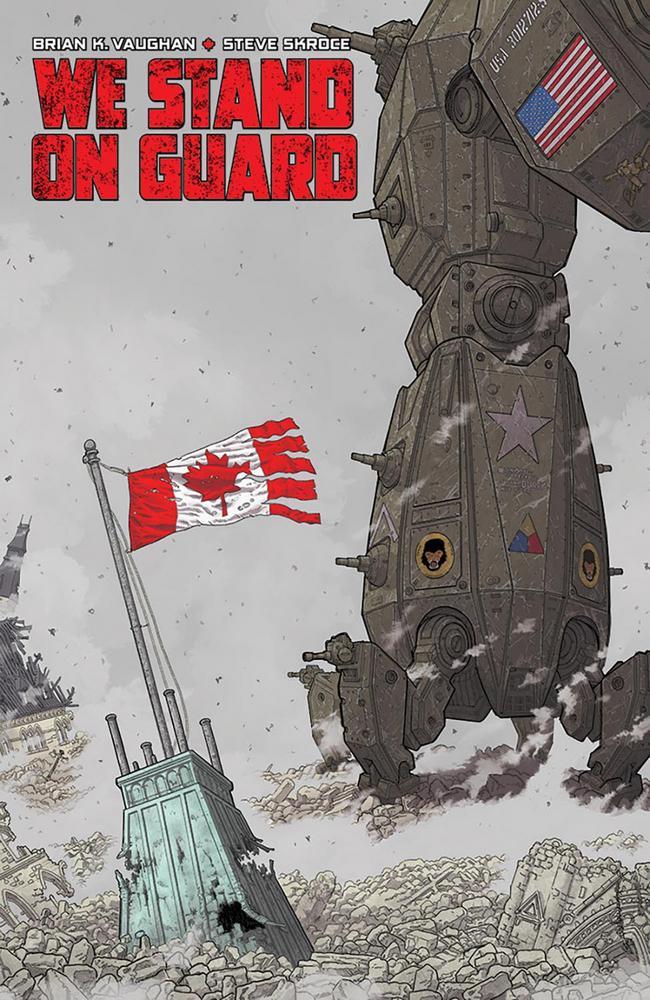 New York Times bestselling and multiple Eisner-award winning writer Brian K. Vaughan (SAGA, PAPER GIRLS, PRIVATE EYE) and legendary storyboard artist Steve Skroce’s WE STAND ON GUARD’s jaw-dropping military thriller will be collected for the first time into a deluxe hardcover edition—which will include original sketches and other never-before-seen extras—available this May.

Set in a future where a heroic band of Canadian civilians must defend their homeland from invasion by the United States, WE STAND ON GUARD launched to critical acclaim and blends the episodic up-tempo pacing of Y the Last Man with an invasion story full of suspense and action.

It can be ordered by retailers from Diamond Book Distributors with Diamond code FEB160645. It can be preordered now on Amazon, Barnes & Noble, Indiebound, and Indigo.