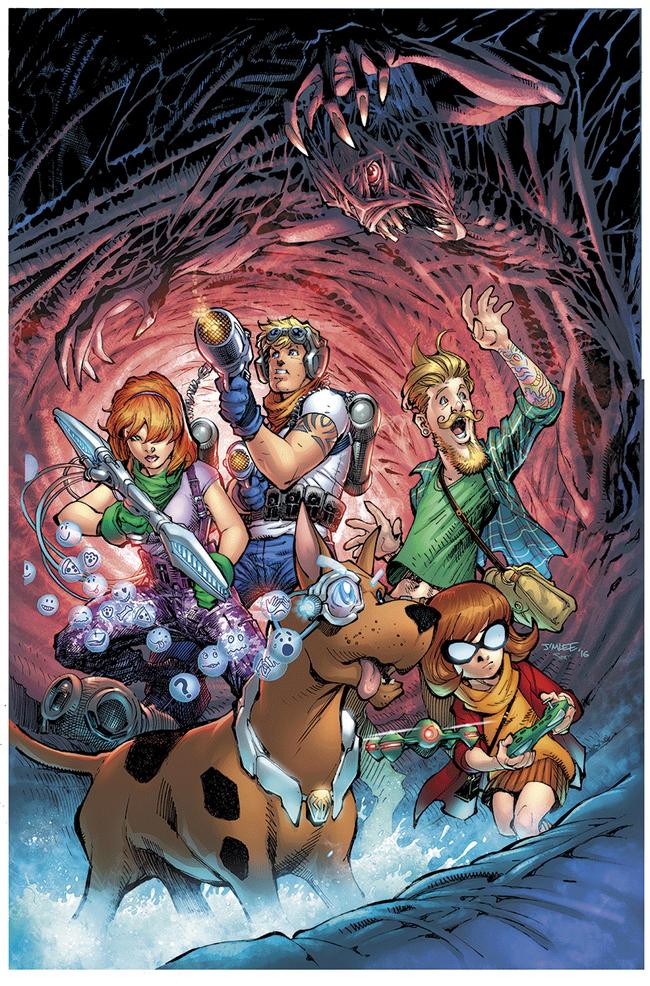 The Adventures of Augusta Wind, Vol. 2: The Last Story #1.

We Talk Comics officially celebrates it’s 5 year anniversary today, August 17, 2016. For such an occasion we are so happy to celebrate it with you on a show very special to hosts Brett, Chris, Keith and Mo.

J.M. DeMatteis is a writer who’s work has mesmerized and touched the hearts and souls of comic book readers around the world since the late 1970’s. In those years he’s pushed the boundaries of what story telling in the comic book medium can be and influenced not only the work of many talented creators who’ve followed him but also has expanded the imaginations of the readers who’ve been enlightened and entertained by these books.

Of course J.M. is still going strong and today joins the show for the first time to talk about his latest creator owned project The Adventures Of Augusta Wind, Vol. 2: The Last Story, as well as the upcoming collected edition of the brilliant Seekers Into The Mystery which will be collected for the first time in a complete volume through Dover Publications, available Jan 18, 2017.

Along the way J.M. DeMatteis not only teaches the guys so much about writing and the world but they all share a great deal of laughs while talking such comics as Brooklyn Dreams, Moonshadow, Blood: A Tale, Scooby Apocalypse and topics like working with Keith Giffen, Glen Barr, Michael Zulli, and Vassilis Gogtzilas among others.

Also discussed is related subjects such as his musical career and his How Many Lifetimes CD from 1997, humor in comics, the Batman Legends Of The Dark Knight #65-58 storyline Going Sane and so much more.

A huge thank you to J.M. DeMatteis for his time.We really believe this may be the best show we’ve ever done because of his generosity, and thanks to all of you for listening to us talk about comics. Here’s to another great 5 years!