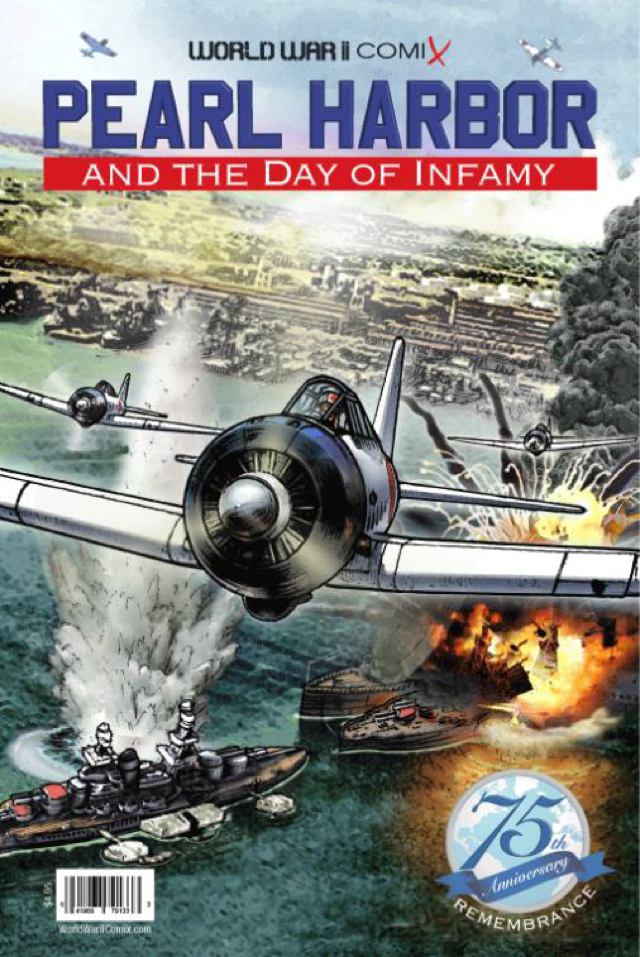 The Cover to Pearl Harbor and the Day of Infamy.

Dec 7, 2016 is the 75th anniversary of the attack by Japan on Pearl Harbor and We Talk Comics is proud to be joined by military historian Jay Wertz.

Jay has produced a new comic on the event titled Pearl Harbor and the Day of Infamy, and he joins Brett & Mo to discuss how the project came together, the stories inside the comic and what the future holds for him and http://www.worldwariicomix.com/.

It’s a fascinating discussion on comic book that truly captures the excitement and disaster of the Peal Harbor attack, so please check out the work and thank you very much to author Jay Wertz for his generous time given.