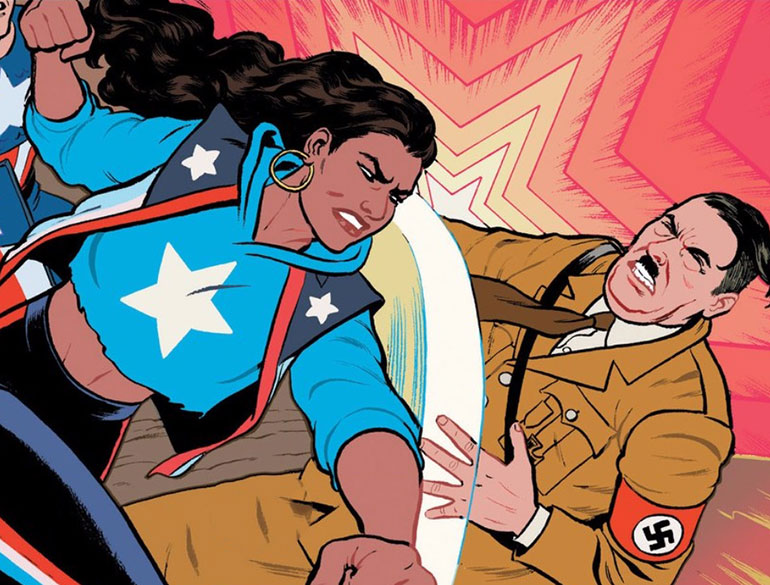 The comic book world is full of Latinx (the gender inclusive form of Latino/a) characters that largely go unnoticed or the heritage of well-known characters is often ignored. The same can be said of the artists that bring them to life as well. With society and politics crashing into the Latinx society now more than ever it is imperative to bring attention to the books, characters, and creators that are part of our vibrant culture.

Now is the perfect time to begin highlighting these heroes. New creators are appearing every month and with the social funding of Kickstarter are able to bring their dreams to life. Even some of the most well known writers and artists have their Latinx creations go unknown compared to their recognized mainstream work. There are some characters that are starting to deeply embrace their roots like the aforementioned hero America Chavez or back breaker Bane.

Even legendary Stan Lee recently announced that he is working on a Latinx character to be introduced before years end. According to Milenio.com he told fans at a Con this past weekend in Queretaro, Mexico that he is “working on a Latino superhero.” He hopes to reveal the character before the end of the year.

My name is Chris Campbell, but I am Latinx. I was born to Mexican-American parents, but adopted at birth. I love all comic books and super heroes but I thought there was a lack of representation of people that share my heritage. I was wrong, they are out there but they are just not getting enough, if any, love.

I have started this column, not as a call to arms, but as a call to “amor.” I want to show love to the books and creators that go unnoticed or unrealized. This column will talk with the creators, review books, and spotlight the different characters that are coming and already out there. I am open to suggestions, comments, or anything I’m missing; just drop me an email.

Let’s celebrate the vibrancy and diversity of Latinx heritage in comics.