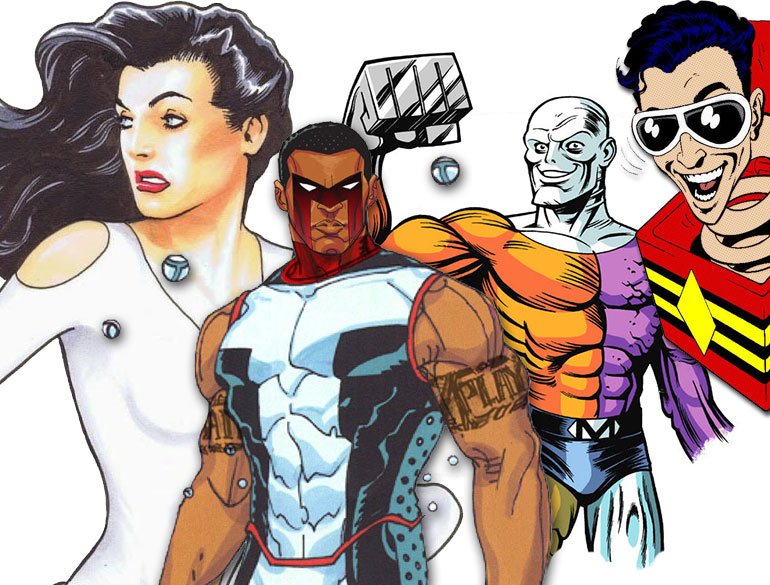 At San Diego Comic Con today, DC Comics hosted a surprise guest, writer Jeff Lemire, who announced that he will make his return to DC in 2018 to work on a brand new title with rotating artists Ivan Reis and Doc Shaner. The Terrifics, lead by Mr. Terrific, will consist of four heroes having strange and incredible adventures like a family of super-heroes would. 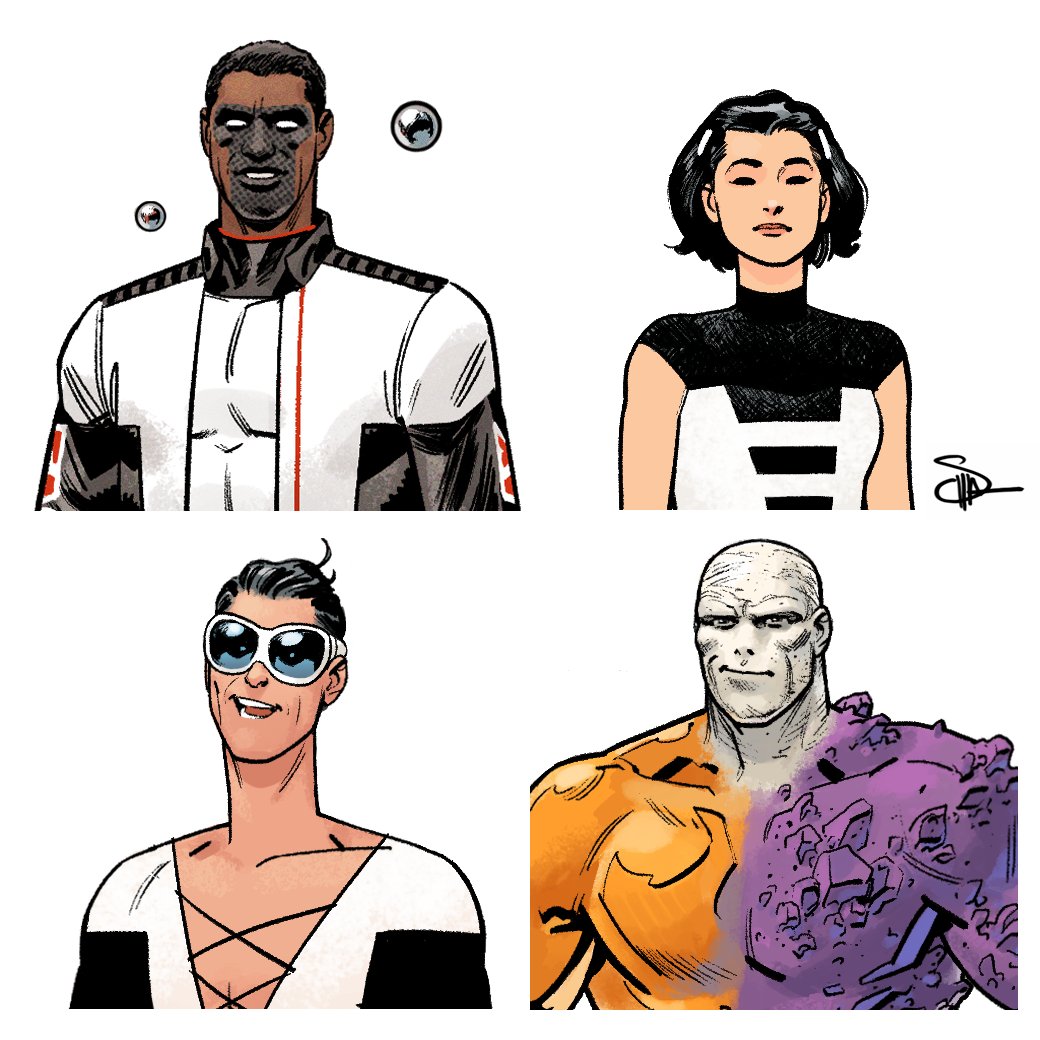 If you’re thinking that sounds familiar, well, you’re probably right. After several years of their marvelous competition not publishing Fantastic Four as a series, it looks like DC decided enough was enough. We can only go so long without a stretchy goofball, a rocky monster, a transparent woman, and a super-genius in one book. Comic fans, after all, are only human. 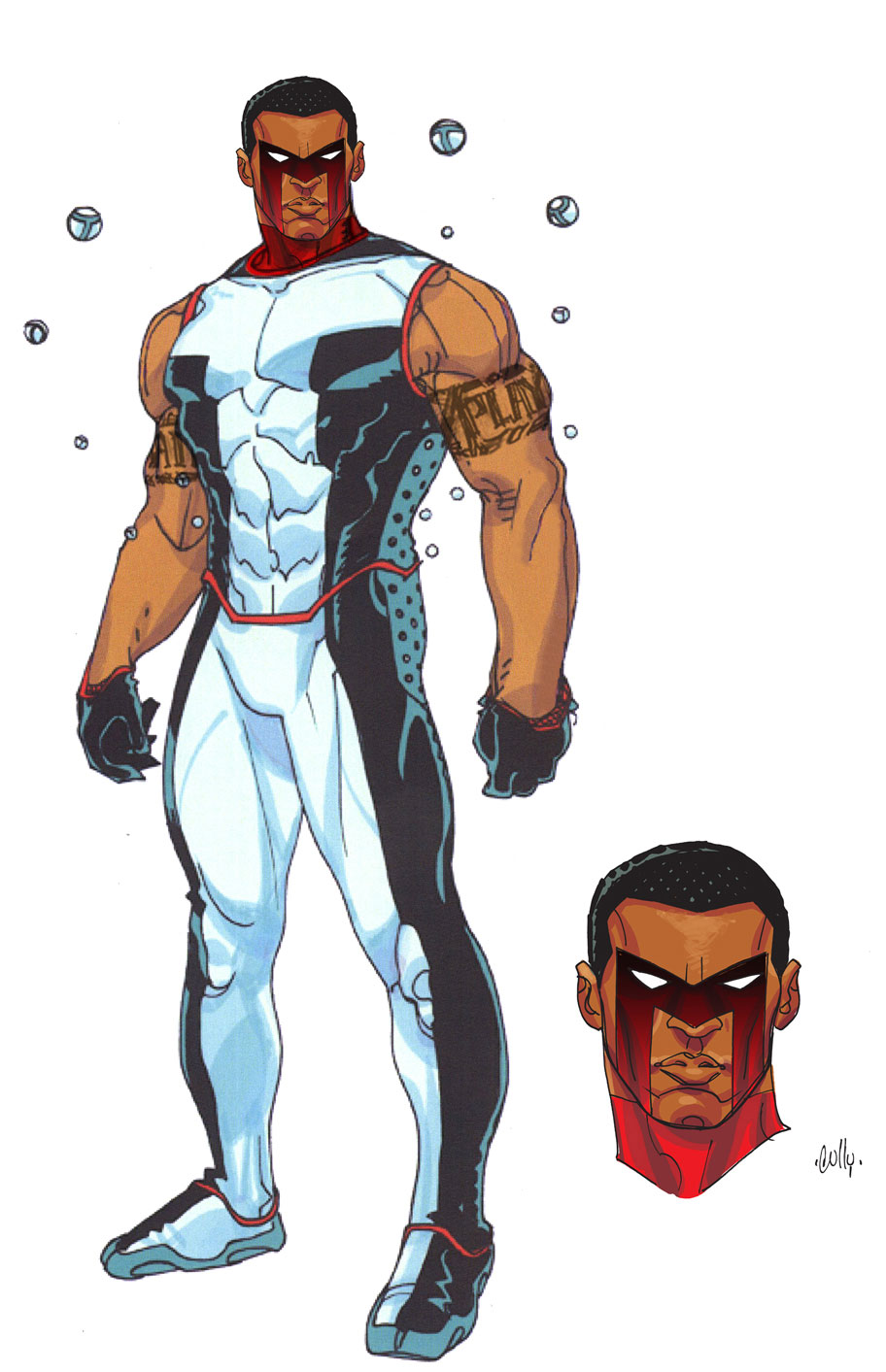 Mr. Terrific has been called the third smartest man in the world (although that numeral is likely debatable, given American culture’s general dismissal of Black scientific and intellectual achievement.), having accumulated 14 Ph.Ds, founded a highly successful tech company, and become a self-made millionaire. Not satisfied with academic and professional success alone, Michael Holt is also a gold medal winner in the Olympic Decathalon.

After the death of his wife and child, Michael was rustled from a suicidal impulse by the Spectre, and inspired to become a masked adventurer, like Terry Sloane many years before. Taking on the moniker of “Fair Play,” Mr. Terrific used his technological prowess, athletic ability, and genius scientific mind to end up chairman of the revived Justice Society of America.

After a fair bit of earth-hopping of late, Mr. Terrific has returned to his native planet in the Multiverse, working alongside Batman. But it appears that it’s time for Mr. Terrific to form his own family of heroes. 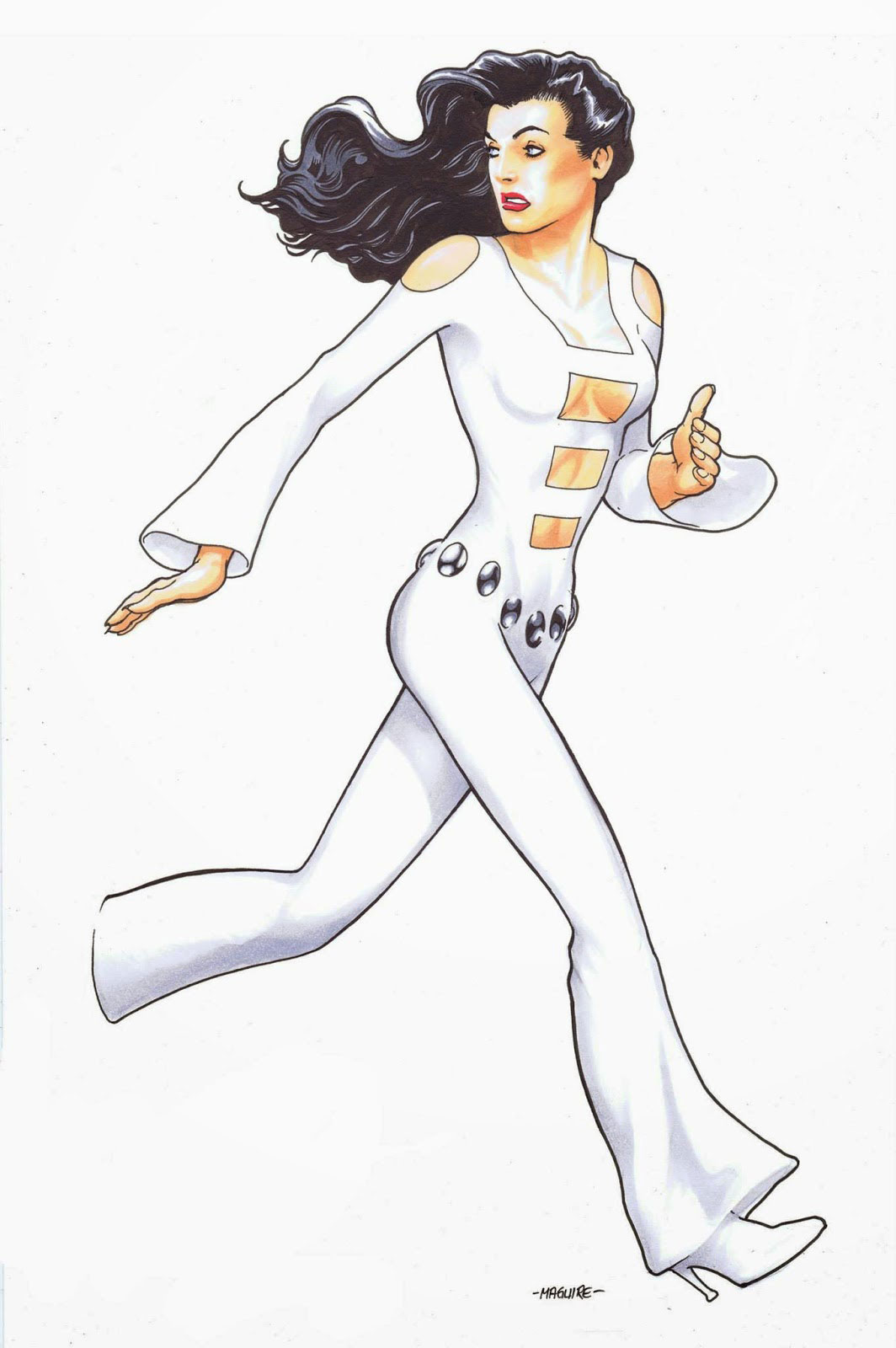 An adept phaser from the other-dimensional planet of Bztgl in the 30th Century, Tinya Wazzo longed to explore the world beyond that which her mother controlled. Journeying to Earth and taking the name Phantom Girl, Tinya became the second new recruit to the burgeoning Legion of Super-Heroes, a group of teenagers from different planets in the universe, dedicated to unity, harmony among races, and peace-keeping.

Over time, Phantom Girl exhibited more than just her ability to phase through solid objects. She is an expert in hand-to-hand combat, and developed skills for understanding a wide variety of technologies. She was also a natural leader and critical member of the Legion Espionage Squad, responsible for unearthing many conspiracies that wracked the group in its latter days.

At one point in her service with the Legion, Tinya found herself transported back to the 20th Century, amnesiac but working alongside the ancestors of her very teammates. Ultimately being reunited with the love who never gave up on her — Ultra Boy of the planet Rimbor — Tinya returned home and continued to serve the team she loved in many incarnations. (Confidential to Legion continuity nerds like myself, I don’t care that it didn’t quite happen this way. It was meant to. So just stop.)

How Tinya finds herself in the past once again — or if this Phantom Girl is even the same one as previously known — is a story yet to be told. 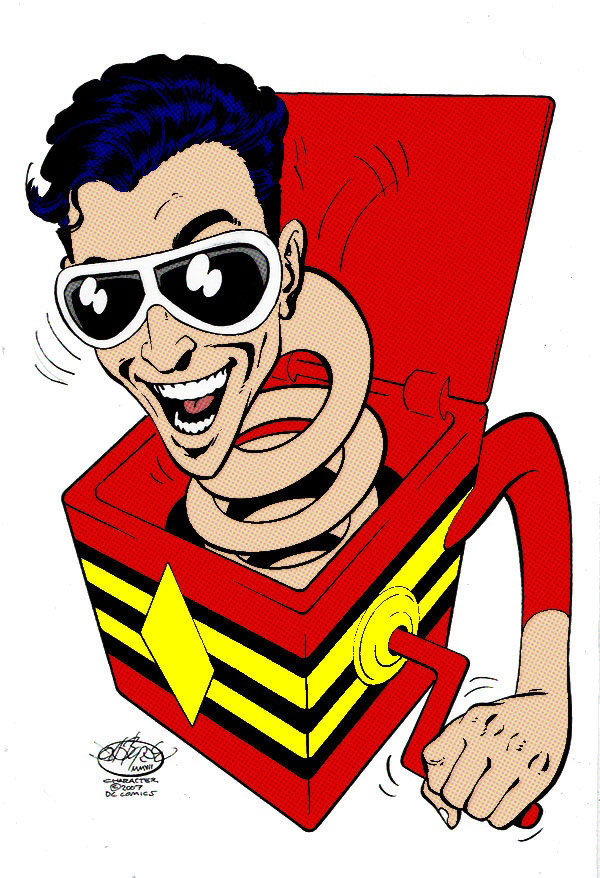 Once upon a time, Eel O’Brien was a small time hood, who made a critical error during the robbery of a large chemical plant. He got caught. Shot in the arm by the police in pursuit, Eel fell into a vat of chemicals, ultimately emerging and crawling his way to freedom.

What O’Brien found upon waking in a nearby monastery, however, is that he had gained the ability to stretch his body in every way imaginable. Touched by the kindness shown by the monks — and experiencing a shift in his grasp of reality from the chemical exposure — Eel became the super-hero Plastic Man.

Able to hide in plain sight by taking the form of any object imaginable, Plastic Man fought crimes for decades on end, serving first with the Mystery Men of World War II in the All-Star Squadron, and eventually joining the mythical JLA. Having reconnected with his son, the junior hero known as Offspring, Plastic Man finally resolved some of the darkness he’d been covering up by his prankster nature.

He was last seen in the lab with Batman and Mr. Terrific, having taken the form of an egg. What rests inside that egg waiting to emerge? That we do not yet know. 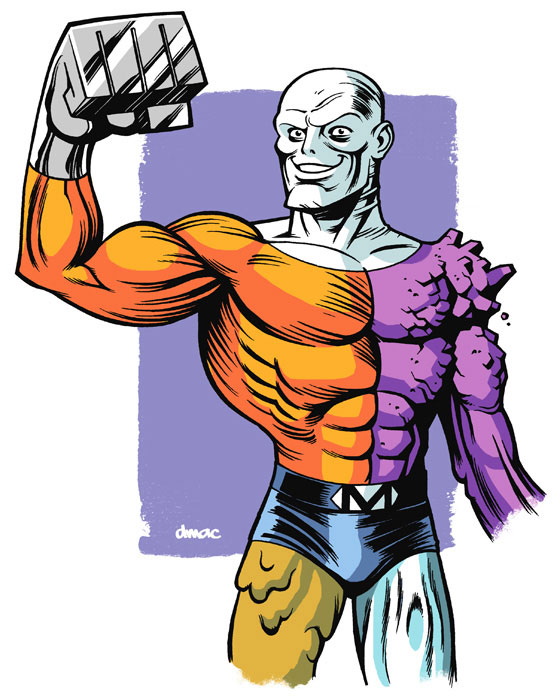 Rex Mason was the Indiana Jones of his era — an adventurer and mercenary hired by Stagg Industries to recover a priceless Egyptian artifact, the Orb of Ra. What Mason didn’t know what that Simon Stagg found out about his relationship with Sapphire Stagg, the industrialist’s daughter. And so began the plot to kill Rex Mason.

Trapped by Stagg’s Neanderthal assistant in the tomb with the exposed Orb, Mason soon found his body transformed into multiple elements, and disfigured into something of a monster. To Mason’s surprise, Sapphire remained as in love with her Element Man as she was prior to the accident, a fact the newly dubbed Metamorpho had more difficulty with.

Able to transform his body into any element on the Periodic Table, Metamorpho rejected an invitation to join the Justice League of America before joining Batman’s Black Ops team, the Outsiders. Ultimately, Rex relented and moved across the pond to take membership in the European branch of the Justice League. Although he has “died” on more than a few occasions, the Element Man always reassembles himself better than ever in the pursuit of adventure and family. 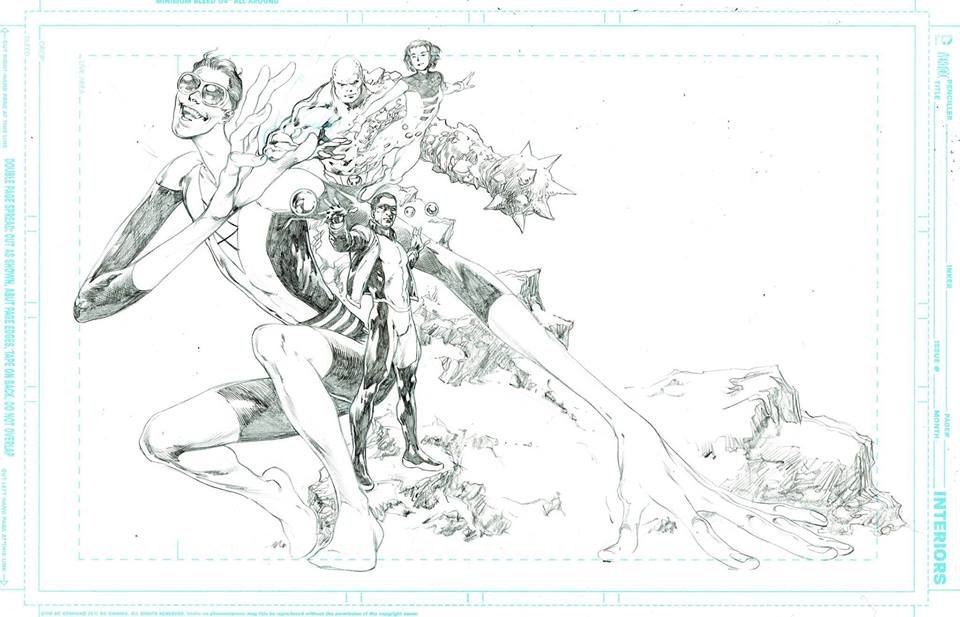 Excited yet? Because we are! The Terrifics will be appearing monthly in their own title in 2018, written by Jeff Lemire and illustrated by Ivan Reis and Doc Shaner, under the Dark Matter banner at DC Comics.