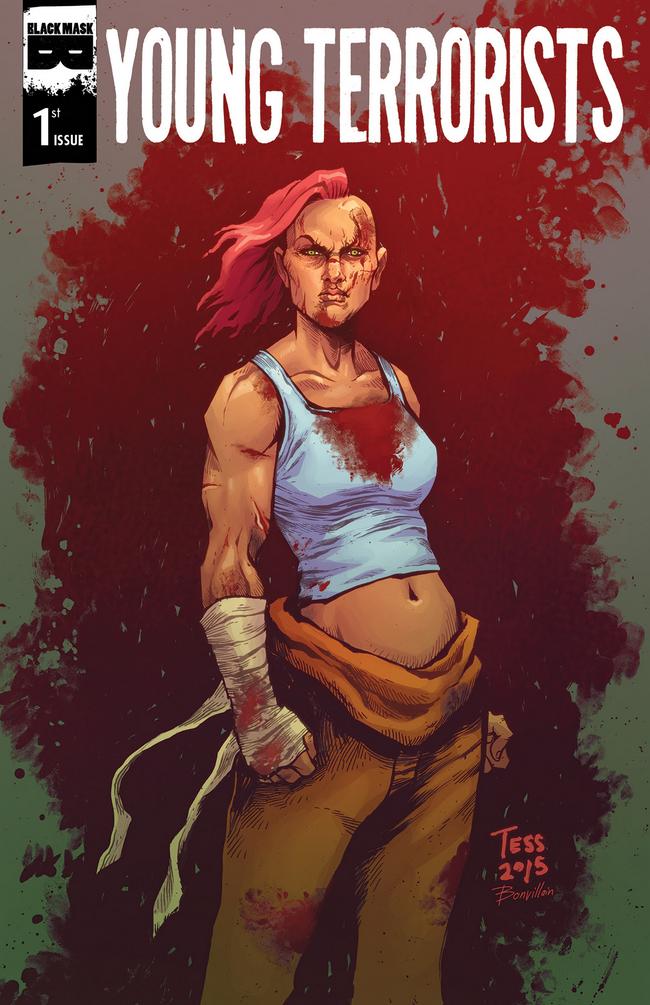 Young Terrorists’ own Sera Solomon looks defiant as fuck in this second printing cover by TESS FOWLER and TAMRA BONVILLAIN, the art team behind the super awesome RAT QUEENS. Tess and Tamra really captured Sera’s brutal-cool attitude that earned her the nickname Spider-Gwen-Jerusalem.

ORDER CUTOFF: 8/24
We reprint based on demand for re-orders, but that doesn’t necessarily mean its sold out in all shops, so if you want a first printing definitely run to your local LCS and grab em while they’re still on racks!

YOUNG TERRORISTS #1 Second Printing will street on 9/16 leading in to #2 and the continuing saga!

Stores can still order the coming issues of Young Terrorists using these codes: