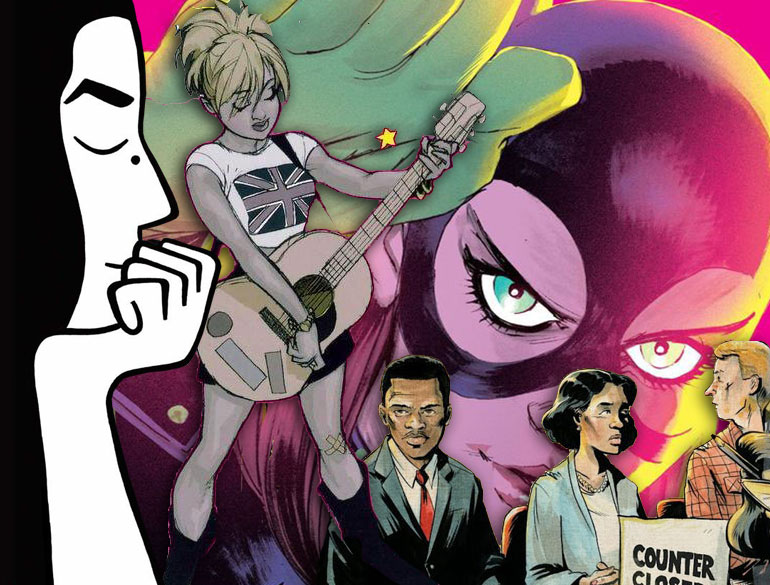 Comics for kids under 10.

Of course we’d look next at what the comic industry has for your newly christened teenager. Whether it’s a bar or bat mitzvah around the corner, or your favorite niece or nephew about to embark on high school, these are 15 comics that are meant to inspire, excite, entertain, or educate your favorite 13+ year-old. 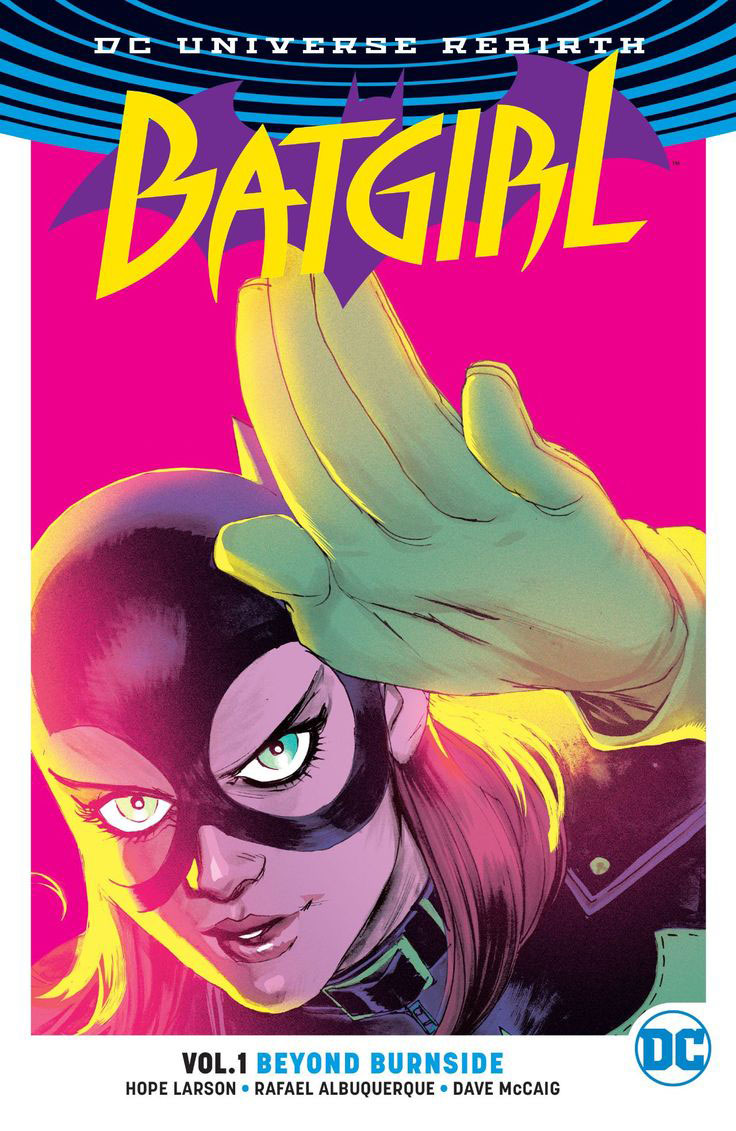 Moving to the hipster suburb of Gotham City, Burnside, was only the first step for Barbara Gordon. Old friends and new friends may be converging on Batgirl’s new hangout, but the villains — and the challenges — are all-new. Welcome to your twenties, Babs! 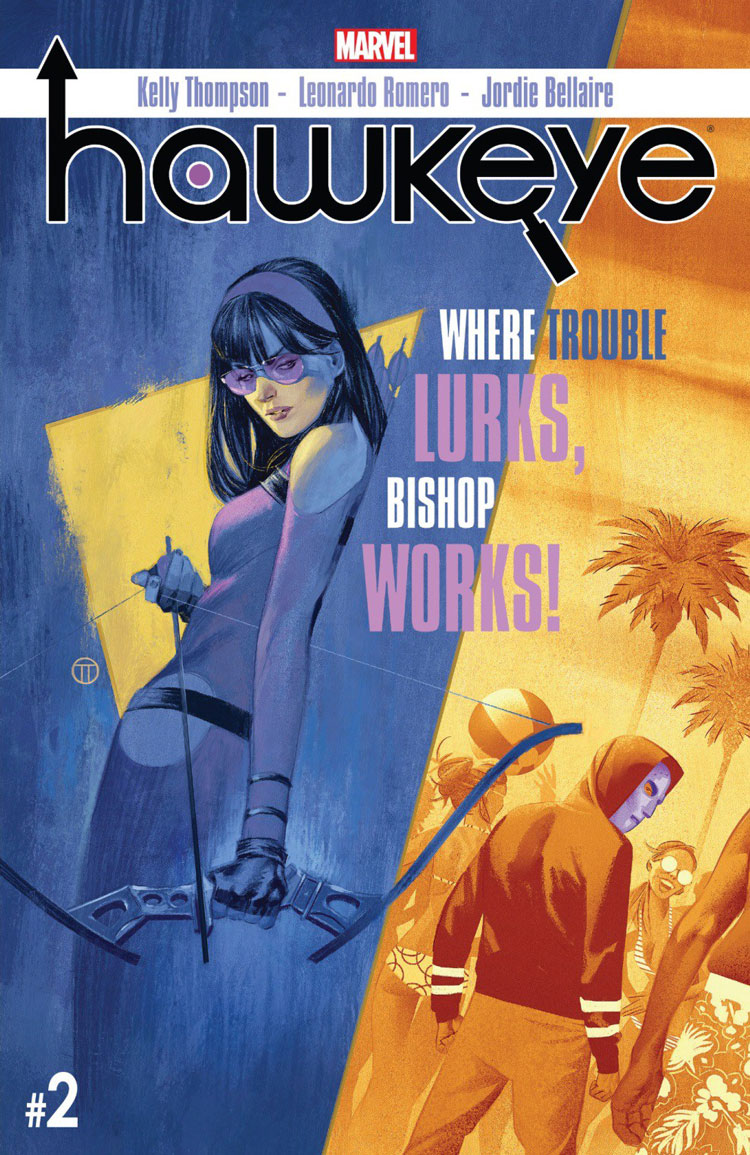 No, not that Hawkguy. Hawkeye! Kate Bishop strikes out on her own, both as a hero with a bow and arrow and as a private investigator, setting up shop in Los Angeles. Clever, funny, and as hard luck as her mentor, Kate is the hero we need in the Marvel Universe. 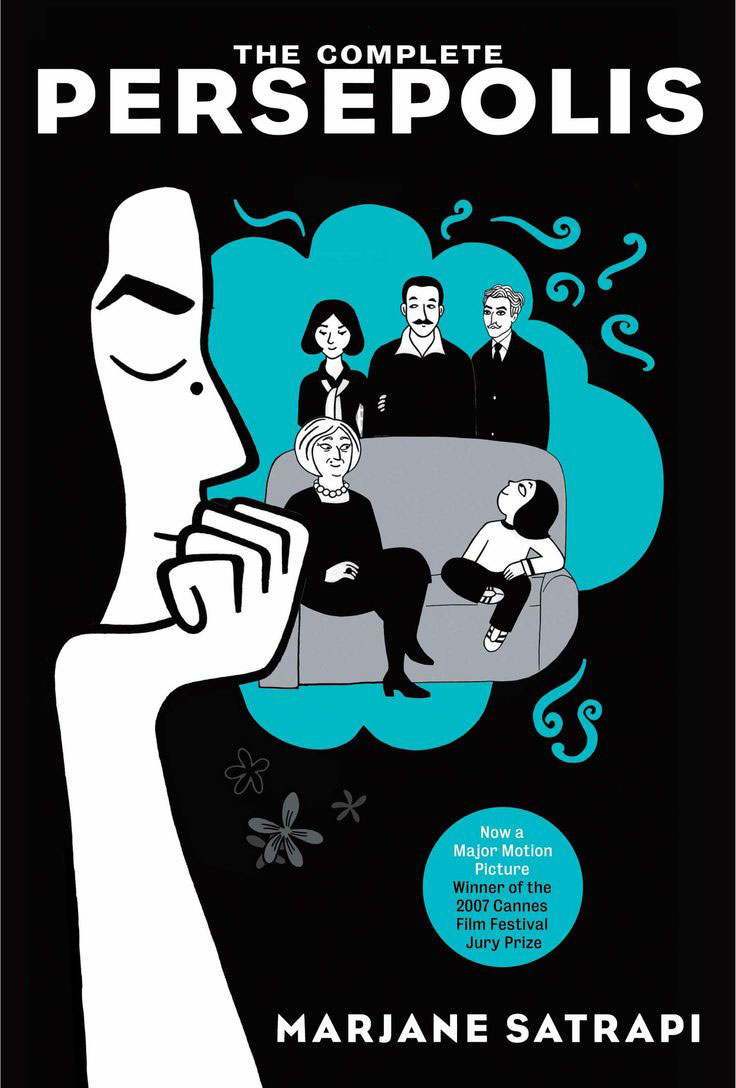 An autobiographical look at Satrapi’s own childhood growing up during the Islamic Revolution, Persepolis follows her as leaves Tehran to be schooled in Vienna, return, and eventual self-imposed exile from her homeland. 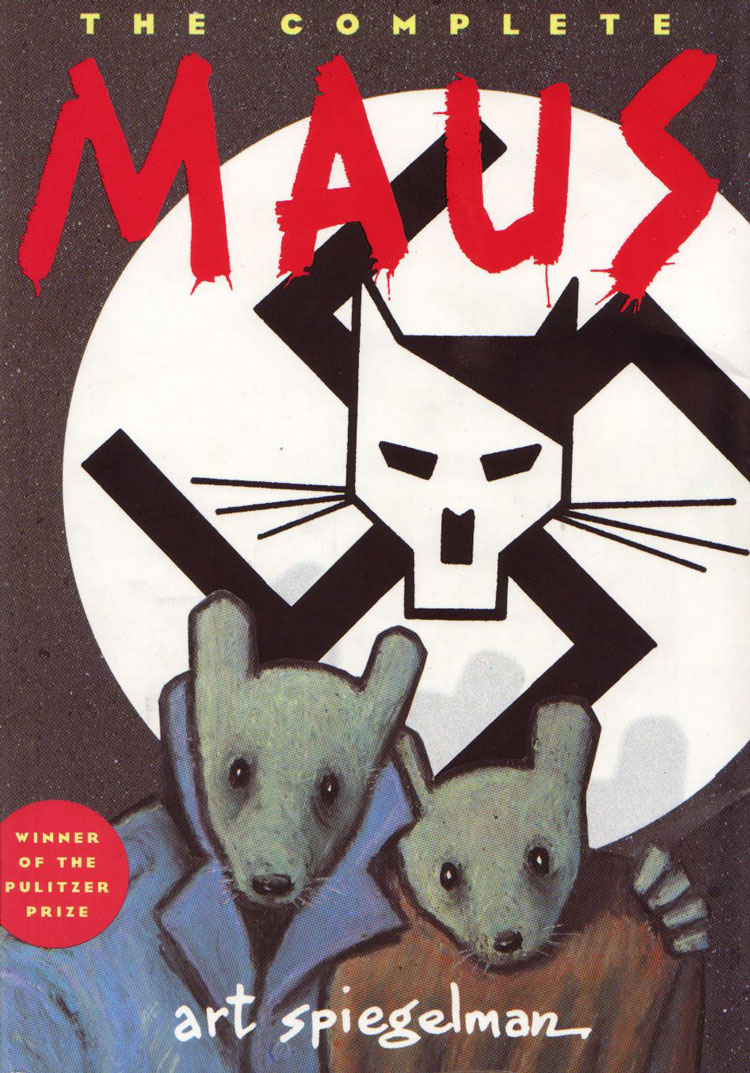 Another historical narrative designed perfectly for young and old alike, Maus chronicles the experience of Vladek Spiegelman, a Jewish survivor of the Holocaust, and his cartoonist son’s attempt to deal with this familial history. The entire story is told with Jews depicted as mice and Nazis depicted as cats. 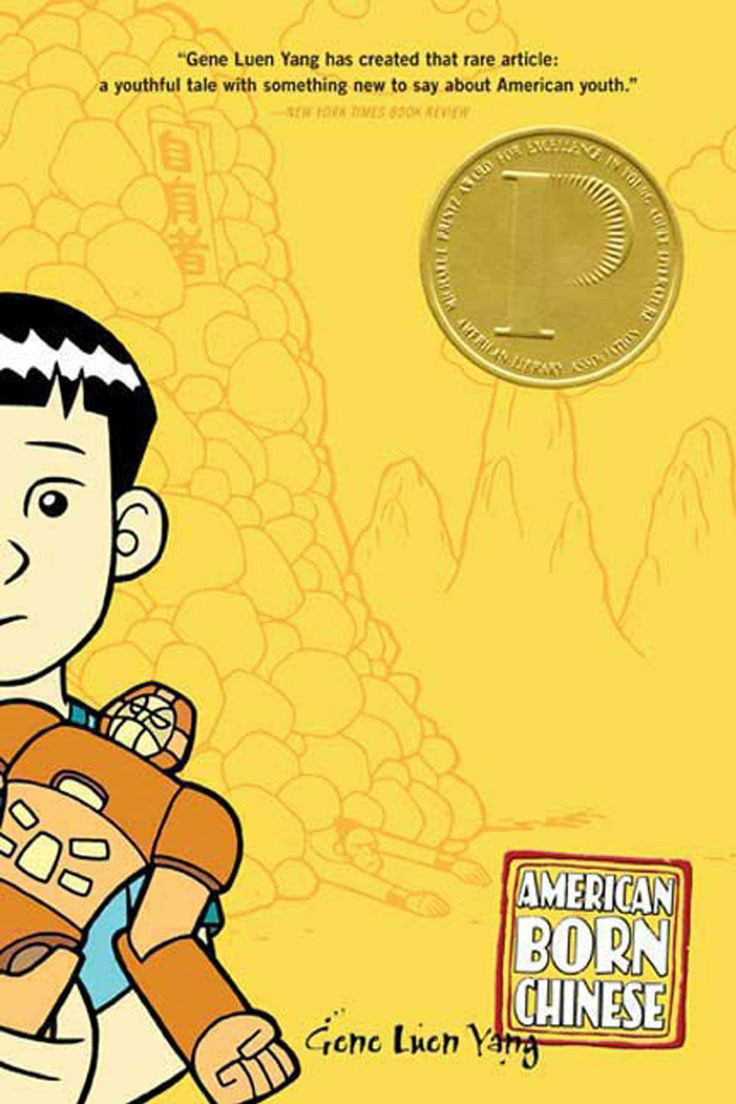 Jin Wang is the only Chinese-American student in his class — that is, until a boy arrives directly from Taiwan and Jin wants nothing to do with him as “fresh off the boat.” Danny is all-American, but his Chinese cousin is completely obnoxious. And then there’s the Monkey King… 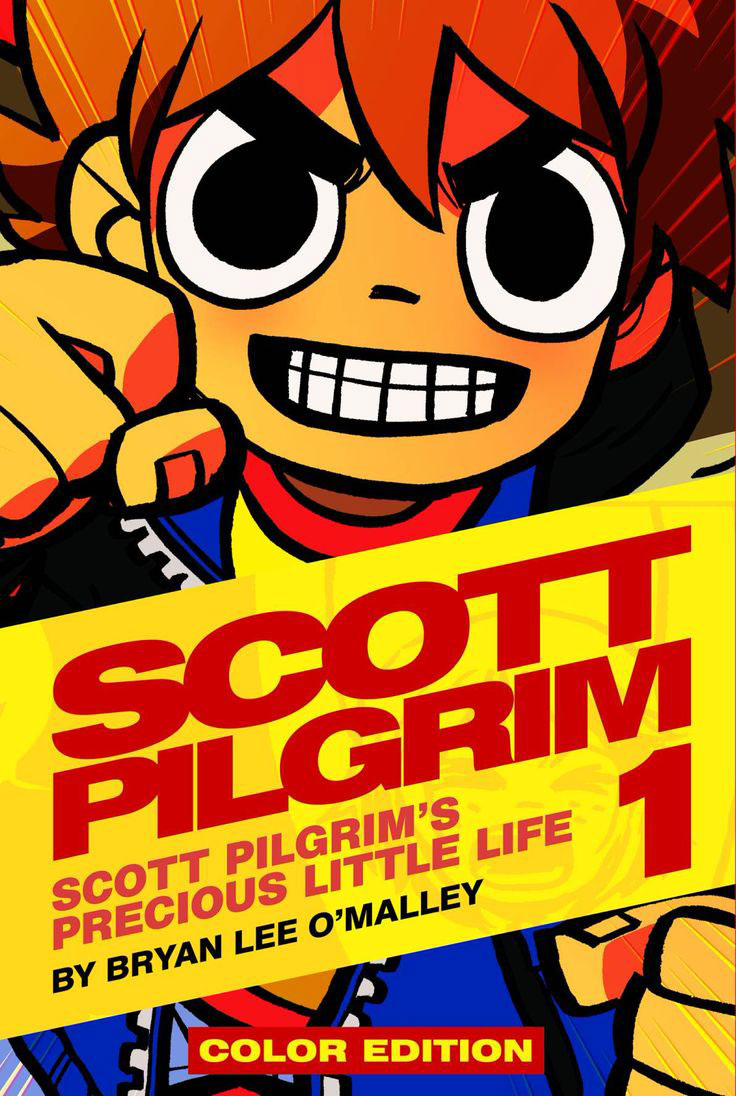 Scott Pilgrim is head over heels for Ramona Flowers. The only problem? She has seven evil exes that Scott must defeat in battle to win her hand. One per book, and the game. Is. On. 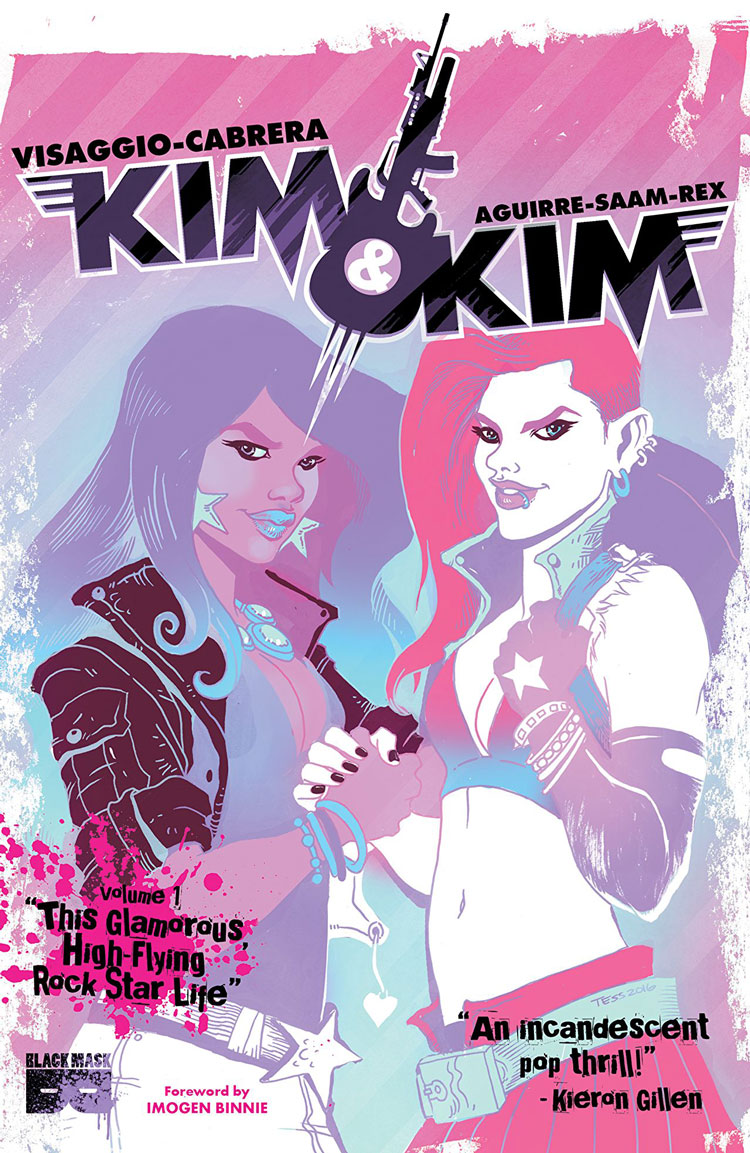 Twenty-something besties who are working (but not really making money) at being interplanetary bounty hunters, Kim & Kim are living the rock star life — on the way down. Fun, thrilling, and inspirational, particularly for young trans persons, this book is a wild ride. 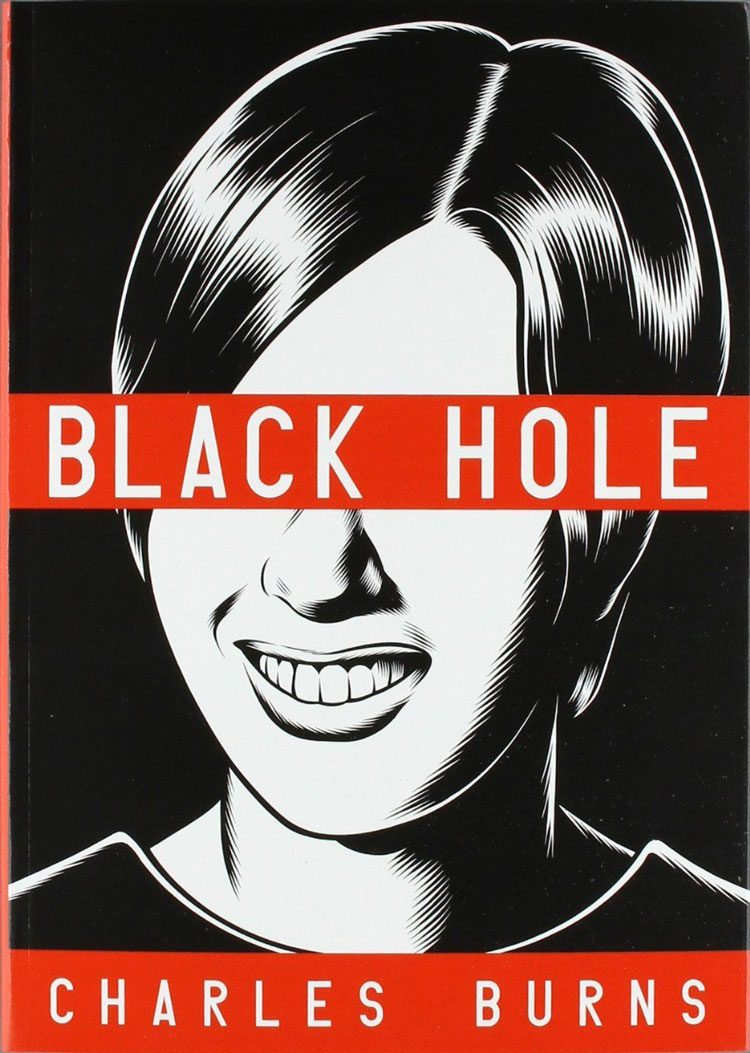 Being a teenager in the 1970s was hard enough. But when a mysterious plague starts spreading through sexual contact in suburban Seattle, the kids are not so alright. Especially once their skin starts to molt and horns begin to sprout… 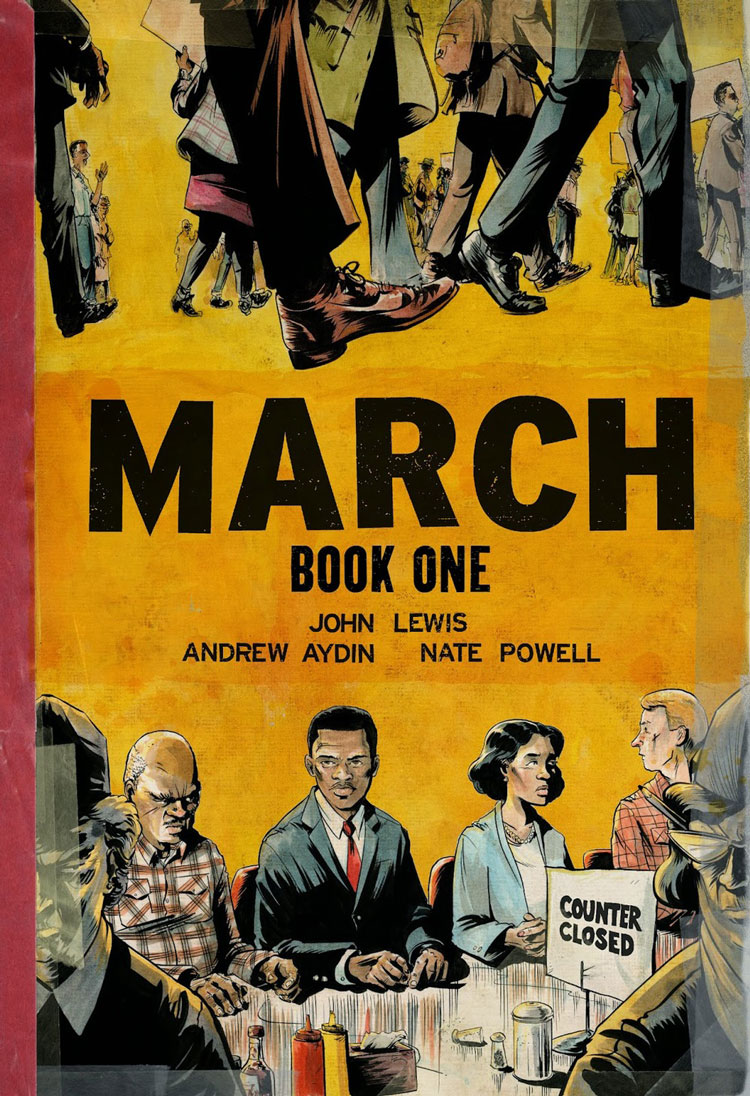 Kids committed to and passionate about #BlackLivesMatter will find inspiration in this historical look at the Civil Rights Movement, from the man who was at the center of it from the beginning: Congressman John Lewis. 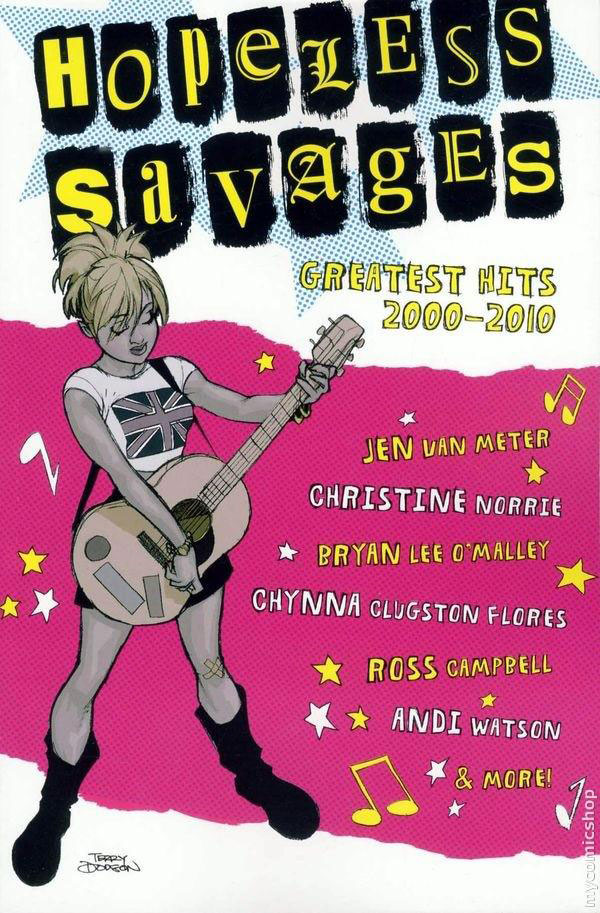 Dirk Savage and Nikki Strange were cool before cool was even a thing. Now parents living the suburban life with four kids, you’d think the punk life would be left far behind. Not so. The family is still as punk and cool as it gets — except for one. Cue drama. 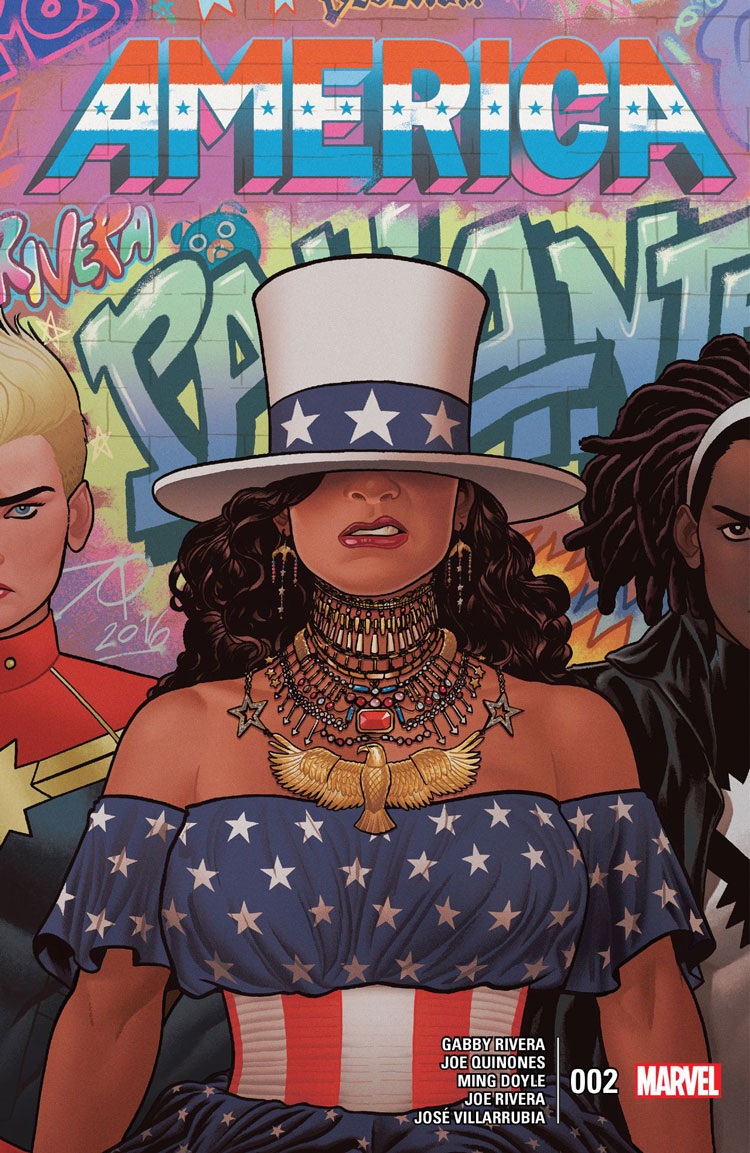 Intergalactic super-teen heroine supreme, Miss America Chavez is out to get an education at Sotomayor University, along with the other super-powered kids. But after a break-up with her girlfriend, and an impromptu time travel trip to punch Hitler, America’s life is starting to get pretty complicated. 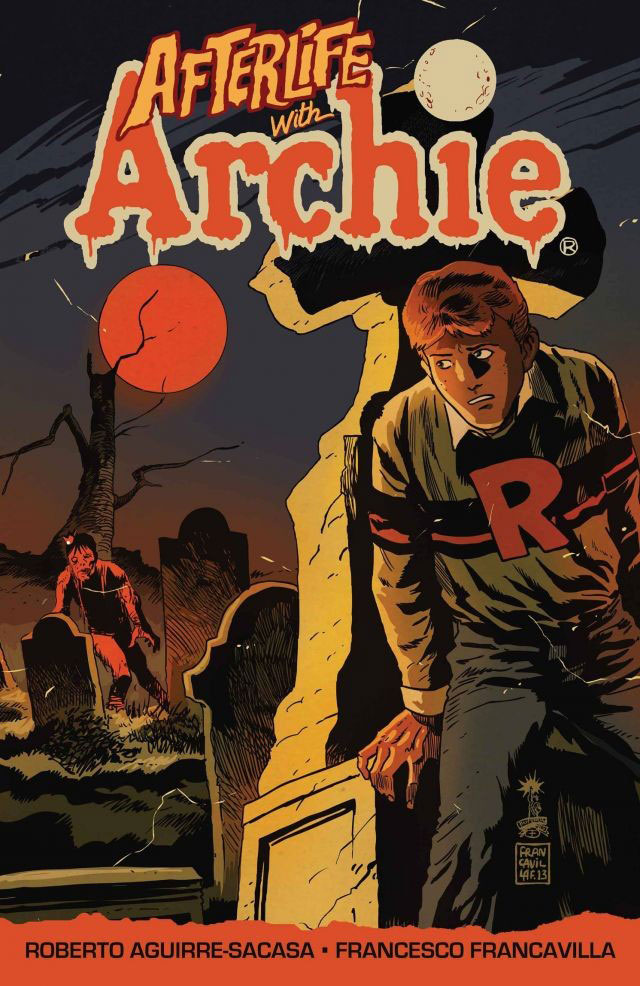 Does your teenager love the dark drama of Riverdale? Turn it up just a notch and add zombies, and you have Afterlife with Archie. Pair it with sister title The Chilling Adventures of Sabrina, and you’re in for a very creepy teenage read. 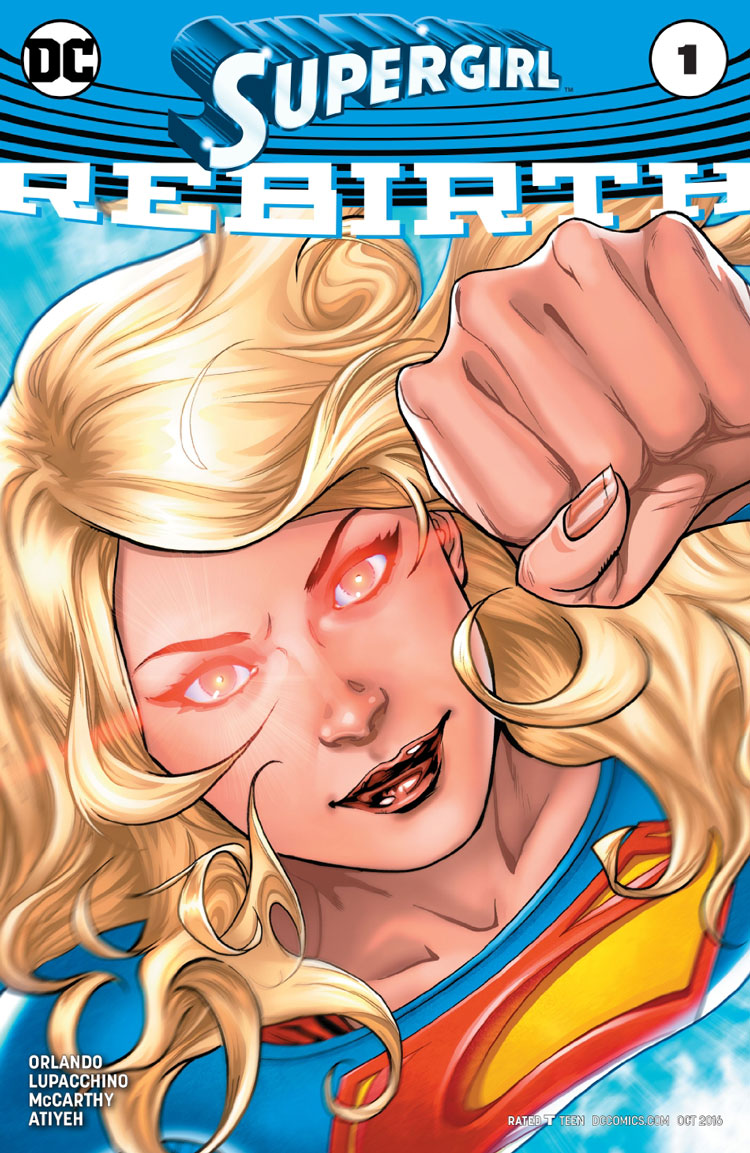 The Maid of Might may be on television every Monday night, but her adventures continue on — both in an adaptation of the television show called Adventures of Supergirl, and with her very own monthly title facing off against the Emerald Empress, Live Wire, and… her own father? 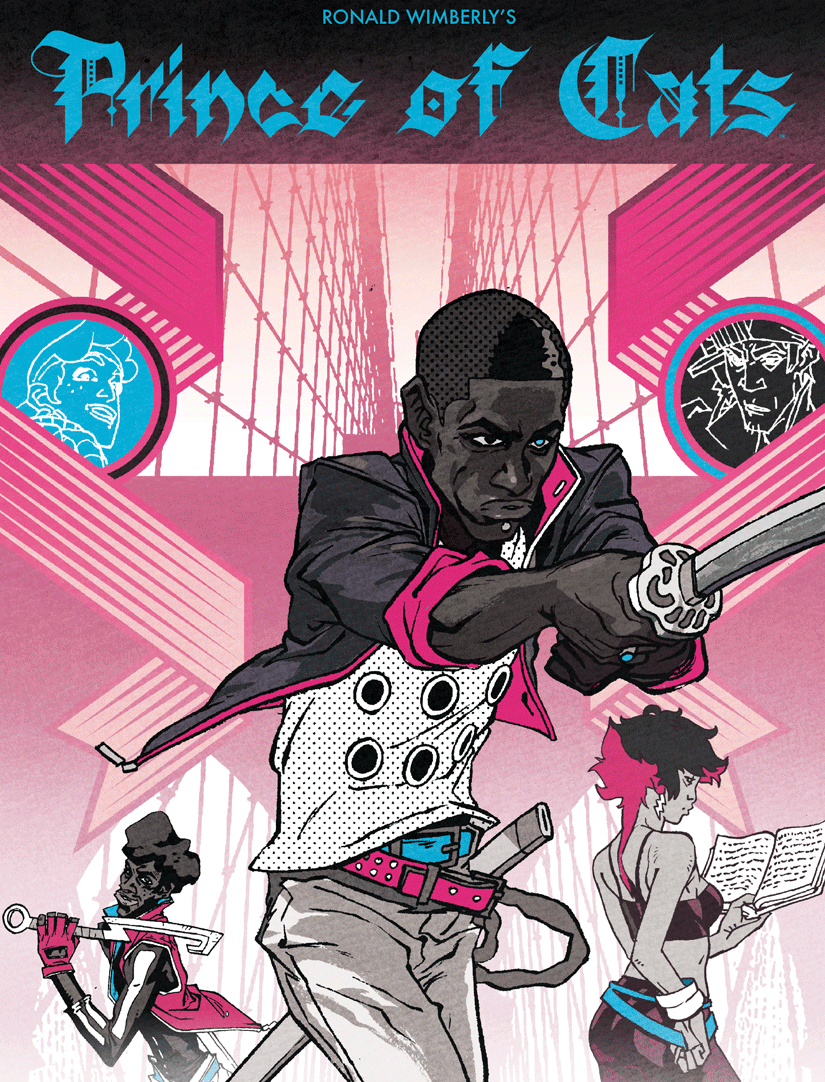 It’s Romeo and Juliet turned upside down with a hip-hop beat, as Tybalt and his band of Capulets take center stage in futuristic Brooklyn. 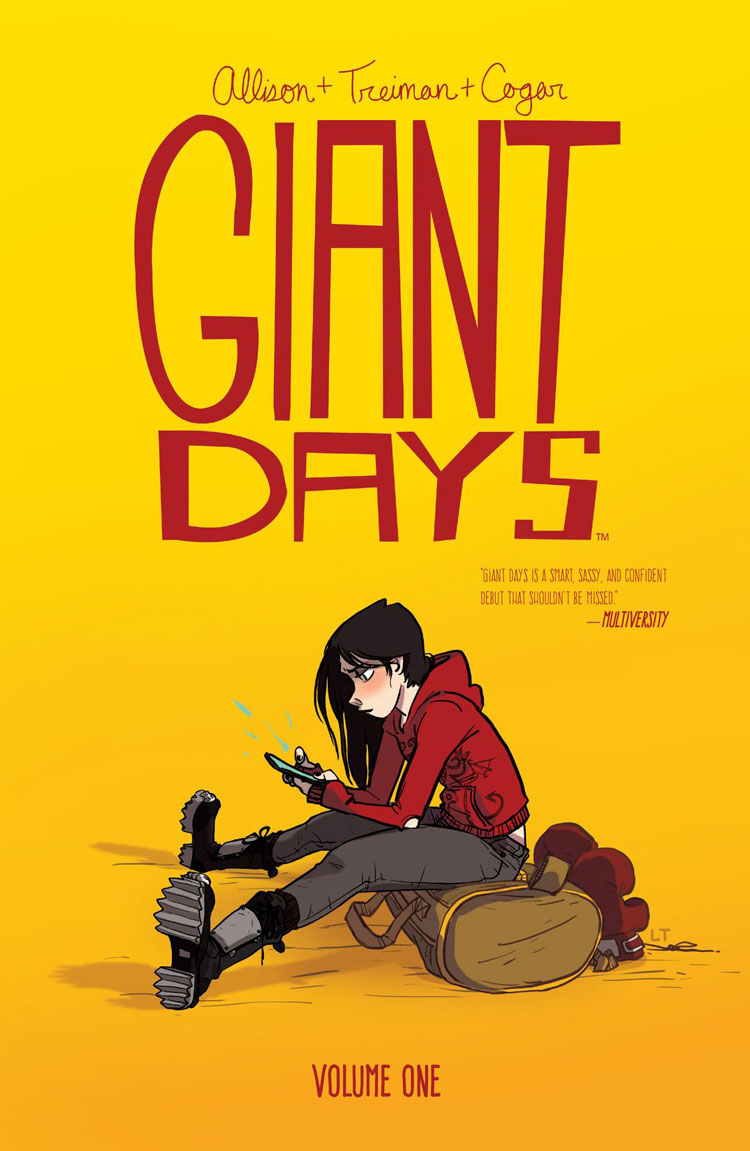 Susan, Esther, and Daisy are fast friends on their first day of college, but spring break is a long way off. Between nervous boys, dances, misogyny, experimentation, and a little bit of school, the women have a lot of big days ahead of them.

Want to check out some books for slightly younger kids? Check them out here and here.