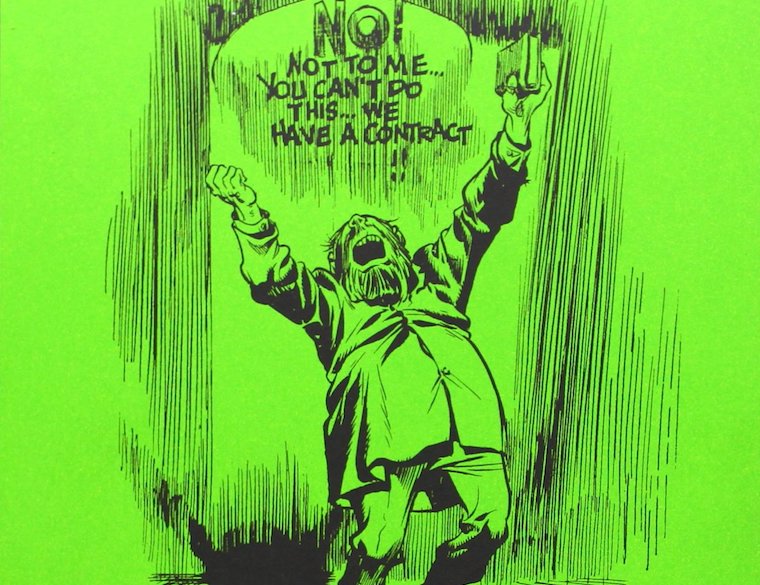 I remember when I first heard about this book, I was curious. The only graphic novel I had really heard of that had placed an emphasis on the Jewish experience front and center was Maus and as a young Jewish girl myself, hey, I’m always drawn to see portrayals of the Jewish experience.

I had vaguely known who Will Eisner was and vaguely knew what the stories was about, so I thought I had an idea of what I signed up for when I had chosen A Contract with God for my 52 in 52 reading. I really didn’t know what I was getting into. 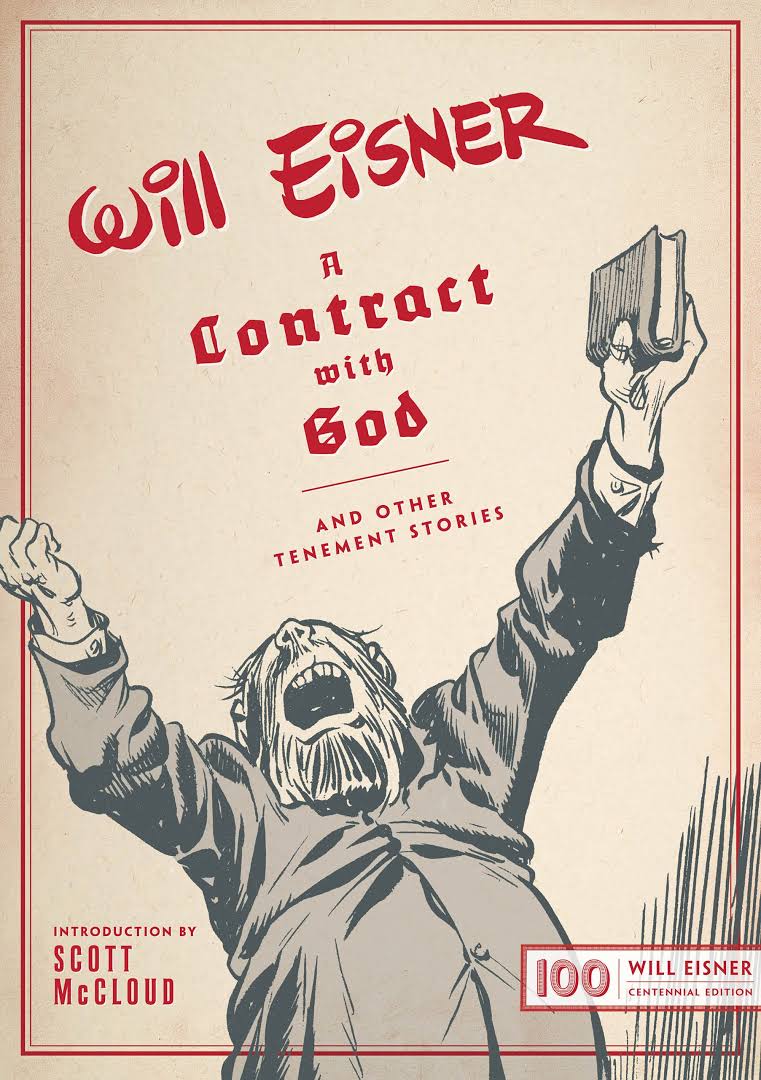 A CONTRACT WITH GOD

There are two prefaces for A Contract with God, one written in 2004 and one in 1978 with three addendums written in 1989, 1995, and 2000. Every single part of these prefaces transforms your reading of the works. They provide additional depth that makes the tales feel more important and of the time they try to encapsulate.

Most of the preface provides historical context for the stories in a way that makes them more understandable to an audience with very little concept of what the stories revolve around, such as Cookleins and Street Singers. It also gives a brief description of the events in Eisner’s own life that led him to create this collection of comics.

This is a man who created avenues for people to funnel their creative interests into practical uses as well as paved the way for taking comics seriously. This man is a legend I should have known about before reading A Contract with God. 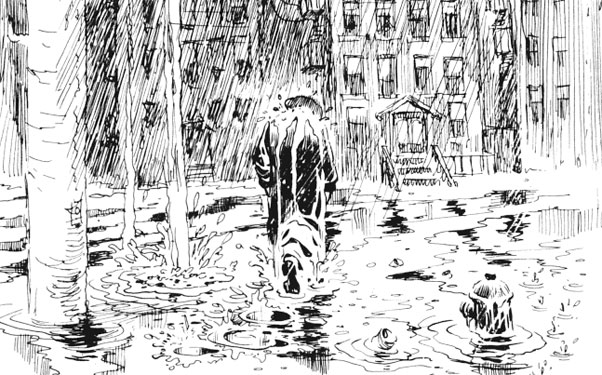 The most important part of it all, though, is the emotional core of what pushed him to make A Contract with God. His mourning of the loss of his sixteen-year-old daughter to leukemia is what brought about this book and inspired the most moving and poignant story out of the four within A Contract with God. His need to channel his sorrow into a creative avenue brought about the creation of the term “graphic novel” and that is one way to bring some goodness out of such an unfair travesty.

They tales mix absurdism with the style of Grimm fairytales and the grounding of reality. They portray the Depression years in New York, a grimy city with a singer in every alley and a tragedy at every turn. While told as if they were a bedtime story or a legend, there is rarely a happy ending. Characters spiral as they break from the false hope of a good life they had given themselves. Characters rarely learn their lessons from the misdeeds they have done. It’s a world that seems cracked in its morality.

The connection to this story and that of the death of Eisner’s own daughter as well as the emotional upheaval is clear in the story and makes the reader truly empathize.

This is a man who was orphaned at a young age and forced to flee his village due to the deadly pogroms of the 1880s. Nothing broke his spirit and feelings towards God until he lost his daughter, the young woman whom he devoted his entire life to after he found her on his doorstep, was taken from him by the very same God. The moment where he breaks is truly gut-wrenching.

Frimme shakes his fists to the heavens, devastation smearing his entire existence.

Neighbors crowd around his door as they hear his sorrowful rants into nothingness.

“You violated our contract!”

Rain pours as if the heavens are crying, thunder and lightning as if trying to respond to Frimme’s despair.

“If God requires that men honor their agreements…then is not God, also, so obligated??”

Tears stream down the delirious man’s face, a sadness and empty confusion eclipsing his rage, his tone quieter.

“…Did I ignore even one tiny sentence – or perhaps a single comma?”

Yet, the sky grows silent. No answer for the once devout Frimme. He turns away from nature, tired. He is no Job. A man can only take so much.

He grabs the stone, the one from all those years ago, back when he fled from the pogroms, when he wrote down his contract with God. He spits on it in blind fury and tosses it through his window.

While this scene is the most pivotal of the entire story, and I would say most important, I think I really connected with “A Contract with God” through the pogroms. Some of my own ancestors went through the same pogroms and came to the United States fleeing that specific line of massacres, so seeing that in a story was pretty intense. I’m not really sure if I’ve actually read any stories about pogrom survivors and it was really emotional for me when I read Frimme’s backstory. 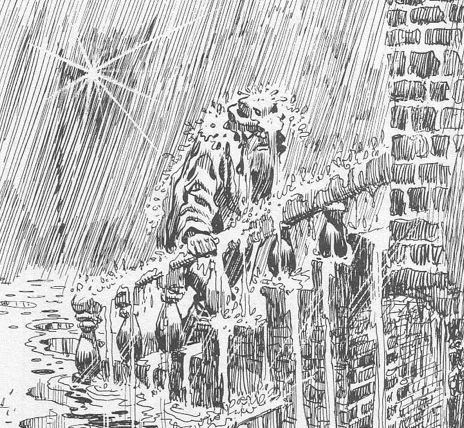 I recommend this graphic novel.

Mexi Gremillion
Tags A Contract With God, Will Eisner