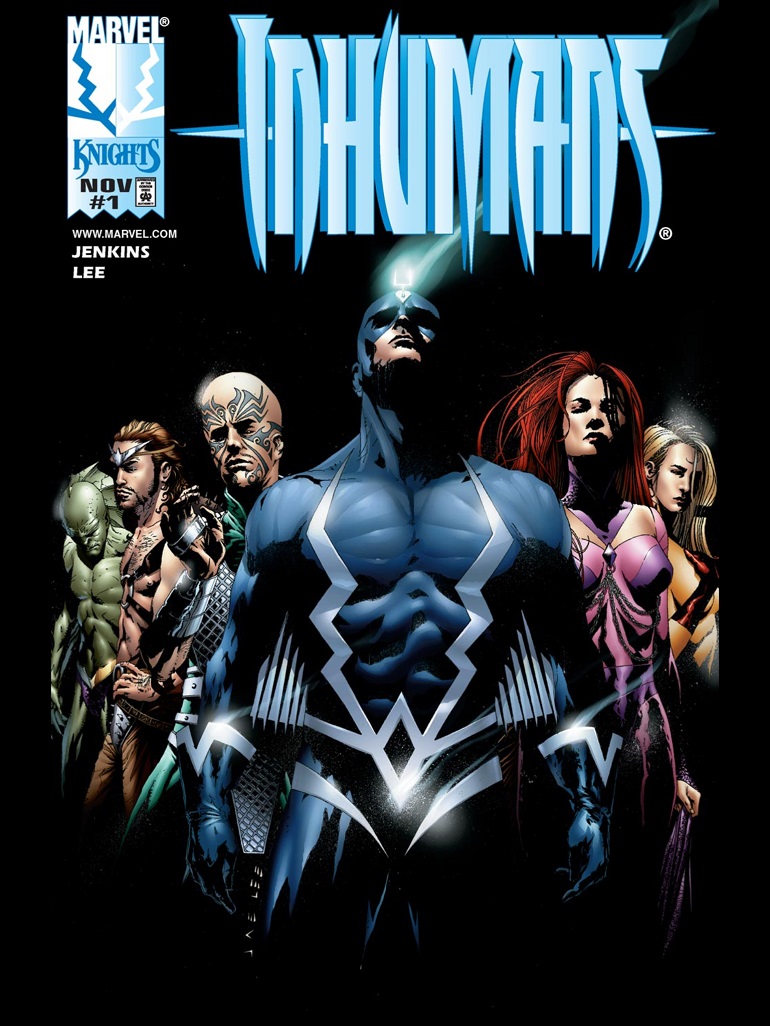 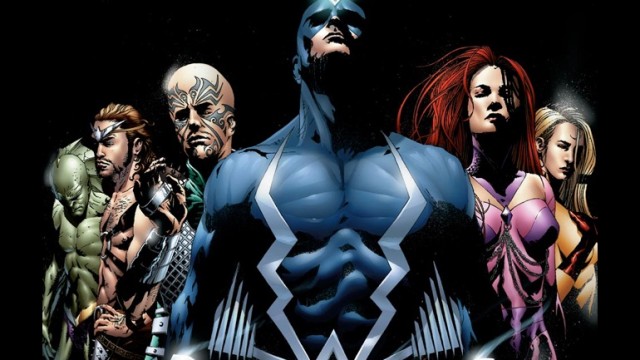 The second book on the docket: Inhumans! *Warning, there be spoilers ahead*

6 issue arcs be damned, let’s take on a 12 issue series already! The Inhumans are everywhere, from Marvel’s current Inhuman ongoing to movie news to the constant rumours that they are Marvel’s new mutants….if you dig the Inhumans, it’s a good time to be a fan. There’s a good chance you’ve been waiting for this era since 1998 when Paul Jenkins and Jae Lee gave you a look inside Attilan and the world of the Inhumans like you have never seen before…

Jenkins and Lee go deep into the world of the Inhumans with this one, focusing on more than just the Royal Family and the folks on the cover above. Readers are pulled into the inner workings of terrigenesis, the political structure of Attilan and the lower caste of inhabitants of the Inhuman kingdom through the use of several narrators throughout the course of the 12 issues. Black Bolt, Lockjaw and several characters readers will meet and then never see again bring their unique perspectives to a storyline filled with human xenophobia and the weight of being a king…especially when you’ve got a brother that is a prick. This look at a “day in the life” of an Inhuman was interesting and I will freely admit that while I’ve read damn near everything involving the Inhumans since War of Kings, I had never thought about terrigenesis all that much. Jenkins brings a great amount of emotional weight to the event that is paramount to the life of every Inhuman, and the grand number of cocooned individuals that have gone through this in the past year of the Marvel U suddenly are in my thoughts more as a comic reader. It’s a new angle, and it’s always fun to think about something that is a recent comic event in a new context due to information that has come from an old one.

Jenkins also highlights the caste system in the world of the Inhumans and their tumultuous relationship with humans. Any situation involving Attilan and Earth is a freakin’ mess and lordy, is it ever a huge one in this maxi-series. Attilan lying on Atlantis and the desire of humanity to exploit it’s riches, along with the machinations of the truly insane and deplorable Maximus leads to a situation that I’ll admit was mildly interesting, even if I found it acted as a vehicle to explore Inhuman culture better than it did as a straight up narrative. Jenkins does not shy away from calling down aspects of both the Inhuman culture and humanity, as neither culture exactly shines in this one.

As I did with Secret War, I’m going to talk about a few of the characters that have gone on to have a big impact in the Marvel Universe, and how they fare & are represented in Inhumans:

Black Bolt: Who better to start off with than the mighty King? This isn’t the typical take on Blackagar, as he plays the role of the pacifist, for the most part. Black Bolt is a notoriously silent character, for obvious reasons, but in the early issues we actually get a peek inside the mind of the leader. Other than that, until the final issue, Black Bolt is definitely not the star of this series. At many points in the series Black Bolt appears to be indecisive and rather weak as a leader throughout, and certainly not the over-the-top presence seen in War of the Kings and since then. This is a different take on the top dog, and while I typically enjoy reading him as a stoic personality as large as his voice, I did find aspects of this take interesting.

Medusa: The most powerful Queen in comics…in the most diminutive role that I’ve read for her yet. While I found aspects of Black Bolt’s character interesting in this one, this is a big step back for Medusa in…damn near every way possible. While she is shown to be loyal to an extreme, virtually all the strength and power of the current monarch that readers know is not on display here. I appreciate the current Medusa infinitely more than what I found in this comic, that’s for sure.

Maximus: The Loki of the Inhumans, this madman has never been as creepy to me as he is in this story. Throughout the entirety of this story, I wanted Black Bolt to just whisper right in front of this tool’s face, so I’m thinking Jenkins succeeded with his take on Maximus. He’s a schemer, just like Loki, and he’s doing some serious scheming in this series. He also goes to lengths that have damned him in my mind, going to creepy realms with Medusa that I just did not care to read. There’s some serious darkness in this take on Maximus and his madness is on full display here. More so than ever before, his Loki-ness struck me as well and more so than ever before I want Black Bolt, or better yet Medusa, to just end this son of a bitch once and for all.

Lockjaw: Yup, the awesome Inhuman pup…one of the greatest animals in the Marvel Universe gets his own Pizza Dog issue, in a way, in Inhumans. He’s a ray of light on every page he appears, and in the darkness his ridiculously large presence brings some happiness.

I’d argue the rest of Inhumanity remains largely the same, and that’s probably a good thing. It was good to read some Karnak again, as I always found his talent intriguing. 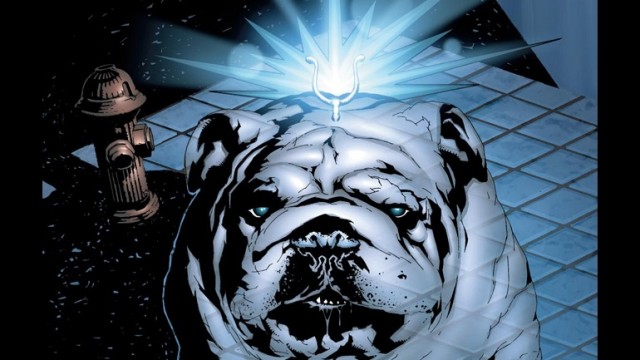 Now, I’m one of a very small group of people with a very unpopular opinion: I don’t like most of Jae Lee’s work. His current work, especially, just does not jive with my tastes. I will report that this series is filled with 1998 Jae Lee work which is quite different from his current style, and this worked better for me. Am I a fan now? No. Was I gaga over much? No. But Lee tells the tale using an immense amount of shadow and it works. He executed the story as it needed to be executed, and fans of his work will adore this.

Inhumans wasn’t my favourite arc of all time by any means, and is probably my least favourite Inhuman storyline I’ve ever read. To quantify that, I have read some stellar Inhuman work with War of Kings and I will include Charles Soule’s current Inhuman run in that statement as well. This will be interesting to those looking for more about the Inhuman culture and provides a solid reference for how mutants and Inhumans are very different at their core. Considering its release date it does hold up rather well when compared to current storytelling styles. If nothing else, I got more Lockjaw in my life, and I like that.