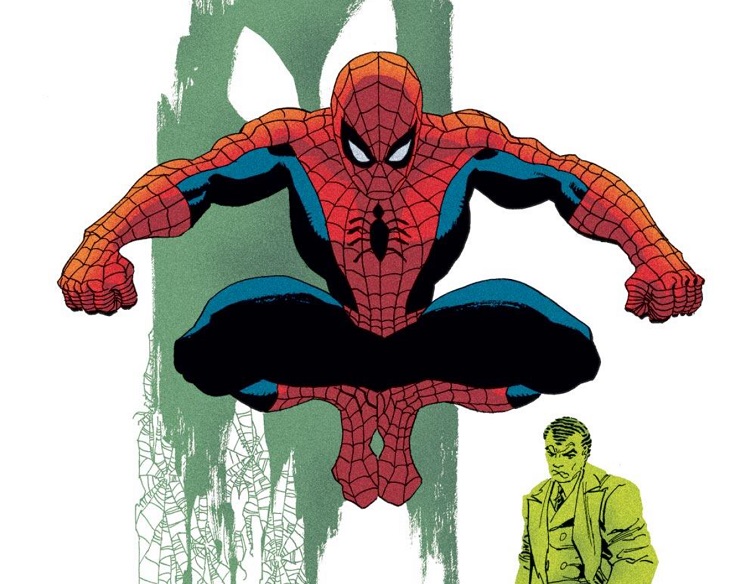 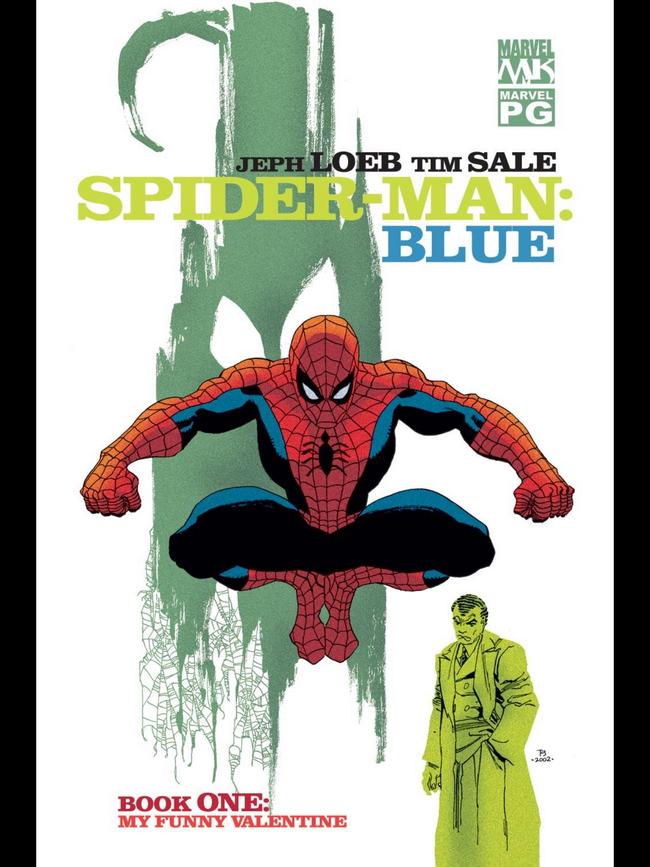 On the docket this week: SPIDER-MAN: BLUE *Warning, there be spoilers ahead*

I dug this little book called Daredevil: Yellow a fair bit, so Pooch, the 52 In 52 advisor, suggested I continue with the Loeb/Sale “colour” series with Spider-Man: Blue. Shocker of all shockers, I dug it too.

Spider-Man: Blue focuses on Spidey’s early-ish days and, like Daredevil, one of the loves of his life, Gwen Stacy. In a similar conversational style as Yellow, Blue features Spidey chatting to the departed Gwen via tape recordings. I realized while reading this series that I’ve never really read much Spidey where Gwen has been alive, or at least many stories told when she was the apple of Peter’s eye. Loeb and Sale do a great job with her character, making her notice what makes Peter special and now I have a much deeper respect for the situation created by her death.

Gwen is charming, and brings out great qualities in Peter. What I found most impressive with Loeb’s writing, is how MJ and Gwen bring out different aspects of Peter’s personality. What shocked me, having only lived in a post-Gwen Stacy world, is how it actually somewhat unnerved me that Gwen may have been the love of Peter’s life and MJ is possibly second? This is going to sound insane, but in all the Spider-Man comics I read growing up, one message ran true through them: MJ and Peter are one of the greatest comic book couples ever…at least they were in my young brain. Sure, I knew of Gwen, but I always assumed that was a sad story way in the past and that Peter then met MJ, they fell in love and the rest was history. But to contemplate that Gwen and MJ were both vying for Peter’s affections and Gwen was truly “the one”? This is preposterous! I actually feel pretty stupid for not thinking about it ever before, but Blue sure drove that home for me…and I’m still not sure what I think about it.

I really enjoyed the tone Loeb and Sale set up in this series. It isn’t as slapstick and jovial as Spider-Man can be at times, and the reflective nature of looking back in time highlights some of Peter’s best qualities without being over the top joking all the time. As with Daredevil, this pair has gotten to the core of Peter and his relationships with his friends, and they are one hell of a storytelling team. I believe Sale’s work is even stronger here than in Yellow and he absolutely nails the emotional side of this comic. There is so much story told in his line work and he and Loeb are one of those teams that have been spoken of in hushed, reverent tones for years and will be for years to come. 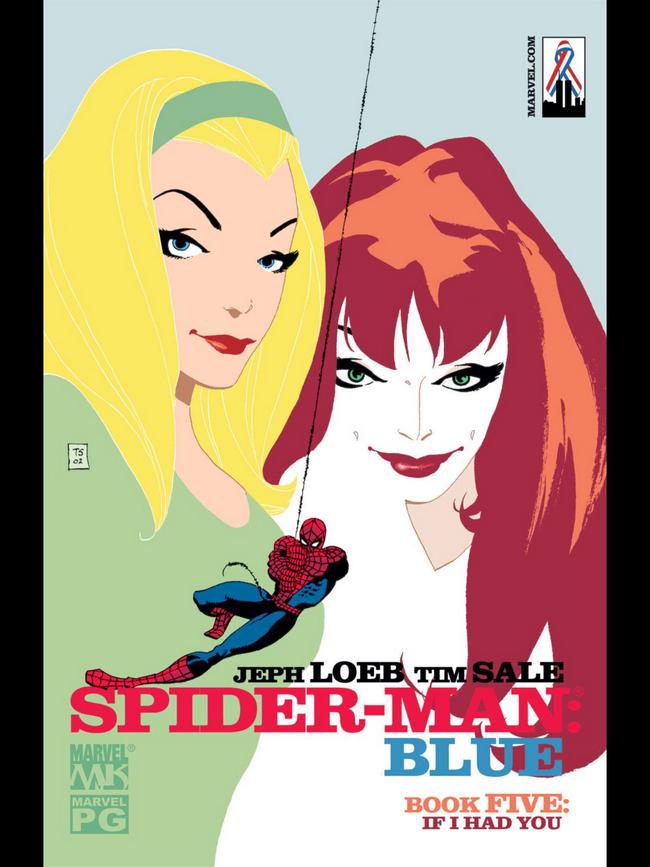 Spider-Man: Blue is a classic Spider-Man tale that I highly recommend to any and all comic book readers. While it isn’t a Spider-Man origin, it is a tale from his early days and examines his early friendships very well. There’s also some solid action in there with some classic Spidey villains like The Lizard, Rhino, Vulture and the terrible Goblin, so it isn’t all talking heads, that’s for sure. A lot of things have happened to Peter since the days of Gwen Stacy but the tragedy lingers in the character and Loeb & Sale’s analysis of their relationship is extremely entertaining. This is a winner in every sense that it can be…even if I’m still processing all my Peter/Gwen/MJ thoughts (still team #MJ for anyone keeping score).