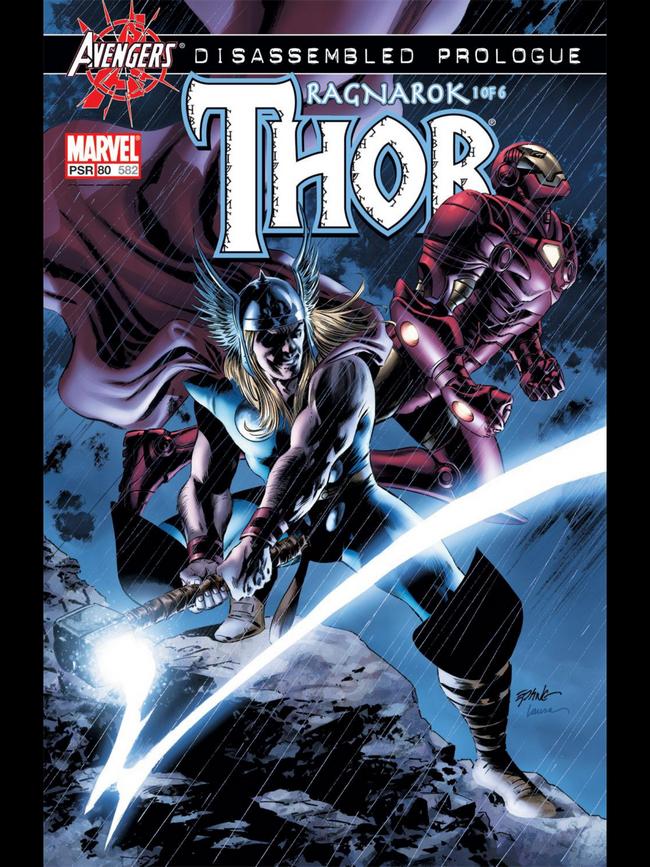 On the docket this week: Thor: Ragnarok *Warning, there be spoilers ahead*

The final Ragnarok….the arc that took Thor off the table for several years, through Civil War and more. To imagine a primary player like this off the table for this long is preposterous, but this is the story that did it, folks.

I will freely admit, this arc confused the sh*t out of me. I’m not talking story-wise, as parts of it were very straightforward and other parts were high concept, but I’m talking creatively. I have never read an arc of a series that started out as badly as this and nailed the ending so well. The first four issues of this arc drove me nuts. The dialogue was basic, laying out exactly what was occurring on the page and as on-the-nose as what I’d expect to read from Stan Lee. The dialogue was so blunt, with no layers or subtext or really anything clever going on at all. It was the most stock Thor (and friends) work I’d ever read….and I was pretty pissed about it. I like Thor, and the Asgardian realms and everything associated with Yggdrasil typically piques my interest. These first four issues, though…man…I’m not sure what the hell they were.

And then BAM! Issue #5 punches me in the face. This issue took all the weak aspects of the series and flipped them completely, turning all the negatives into positives and throwing down some really interesting Thor concepts. This is when the arc got less straightforward and more abstract, and it totally worked. I haven’t read much of Oeming’s creator owned work that he has written, but if it is written at this level, then damn…I’ve missed out. The final page of the arc is below, so here’s another spoiler warning, but it encapsulates some of the brilliance of these final two issues. This is some rock solid Thor writing, and Oeming’s look at the at mythology is some really great stuff. I’m still confused. I have no idea how this arc turned around so quickly, but by God it did. Colour me impressed. 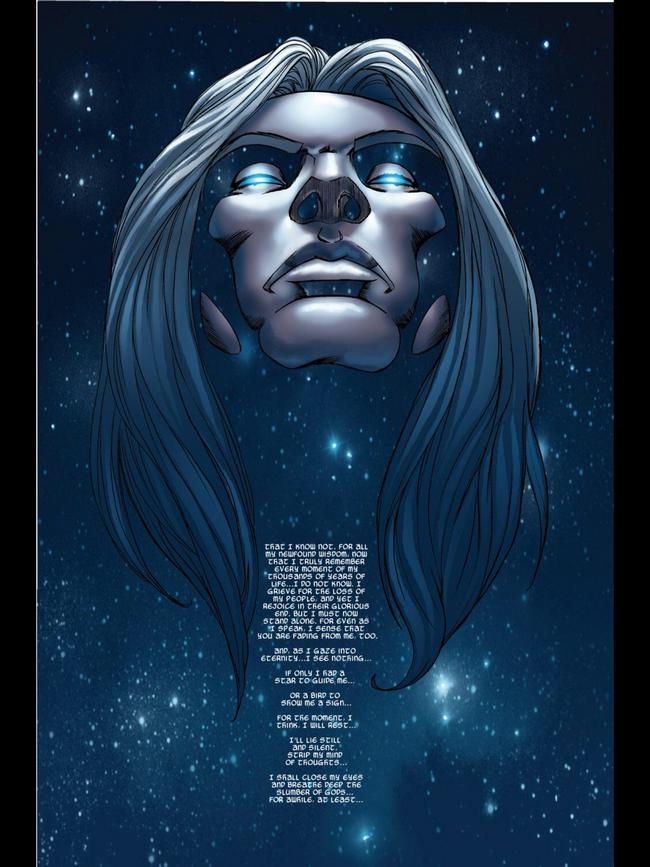 Andrea Di Vito’s artwork goes to a whole other place in the last two issues as well. His work is fine in the first four, but when the concepts get a little more “out there”, the artwork fires up too. Oeming’s stronger work unlocks Di Vito’s strengths and the last two issues are really both creators kicking it up a notch.

Ragnarok has vexed me unlike anything else I’ve read in this adventure thus far. There’s going to be more Thor down the road and I’ll be curious to see how this stacks up.

On deck: Warlock by Pak & Adlard

More information on Marvel Unlimited can be found here:http://marvel.com/comics/unlimited