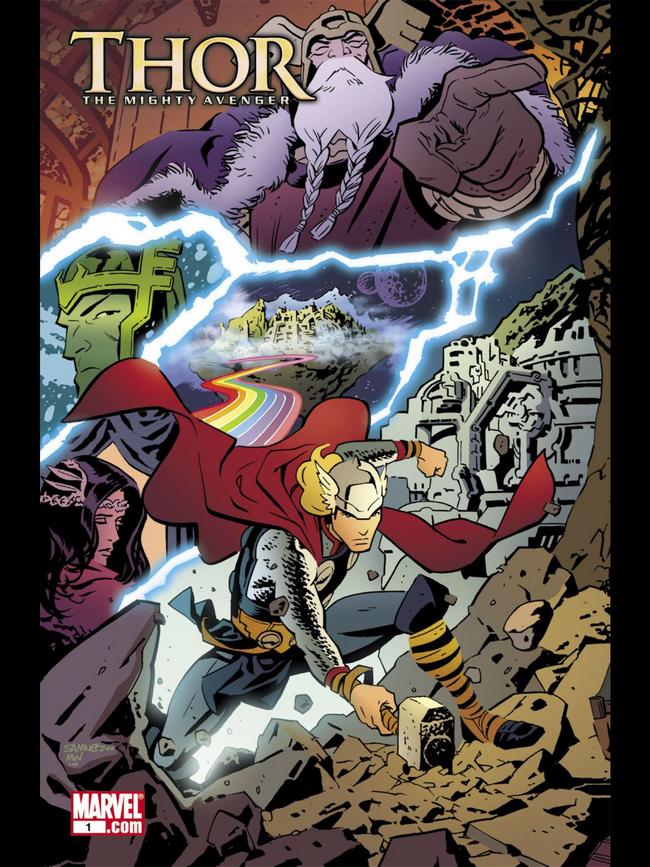 On the docket this week: Thor: The Mighty Avenger *Warning, there be spoilers ahead*

If anyone is interested in reading Thor comics but has no idea where to start, this is the place. This is a truly all-ages masterpiece, showcasing all the best aspects of Thor and his relationship with Jane…all beautifully rendered by the amazing Chris Samnee. This work was done before Samnee started his Daredevil run with Mark Waid, and even before he worked with Ed Brubaker on Cap & Bucky. I hope fans of his work on Daredevil will take a look at this, because it is some of the best work he has ever done, and I’m not exaggerating.

Samnee’s Thor is visually astounding, with so much youthful energy. His layouts are brilliant, and the personality he injects into these characters is unparalleled. Jane, Thor and everyone else who makes a guest appearance are adorable yet their power is not diminished. I…I can’t say enough about this artwork. It is my favourite part about these 8 issues, and that isn’t meant to be a dig at Roger Langridge. He writes this series well, and he is a master of the all-ages for all ages comic book. Hell, these guys even threw in a Captain Britain appearance, so they may as well have said “hey, Aaron, we’re writing a comic for you – here” with this series. 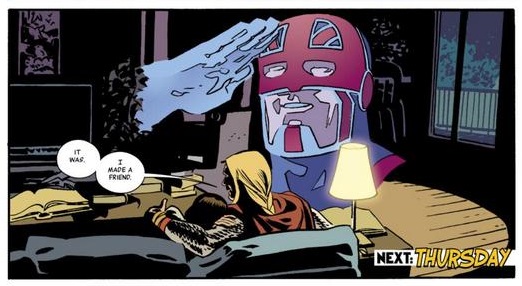 It was horribly cut down before its time and I can only hope that never happens again to a Chris Samnee series due to his increased profile from his DD run. This guy is a star to say the least and all the charm readers have found in his artwork is on full display in this series. Roger Langridge’s dialogue is all the right parts of cheesy, cute, accessible and heart warming, and this is just a damn good introduction to the Odinson. All the wildness of Asgard is here with the down to Earth presence of Jane and I have never enjoyed their relationship more than I did during these issues.

I’m not spoiling much in this entry because this is one of those experiences that I recommend you soak in yourself and just enjoy. The guest appearances are wonderful and the glory of Samnee work is here in full force. Thor: The Mighty Avenger is brilliant, and you must read it. This is, hands down, the best thing I’ve read in 52 In 52, and I’ve read some pretty fantastic things. 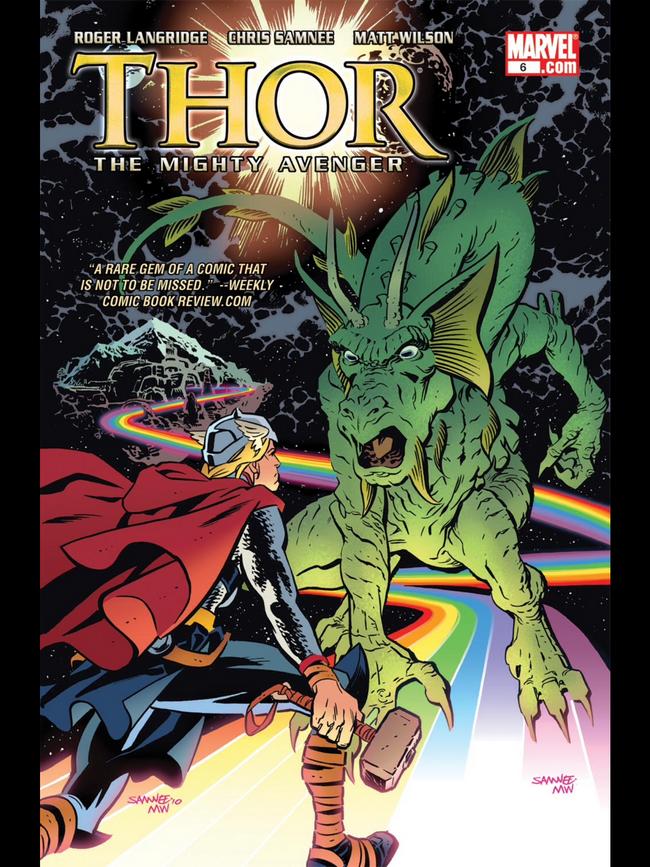