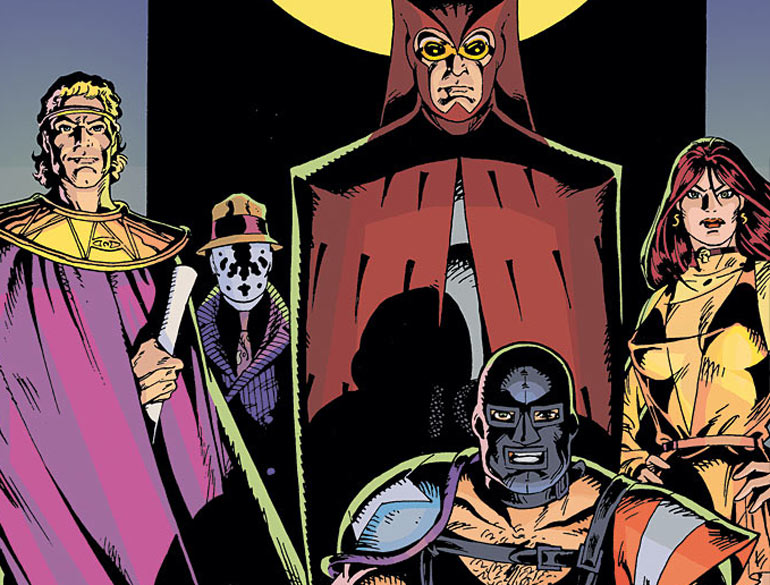 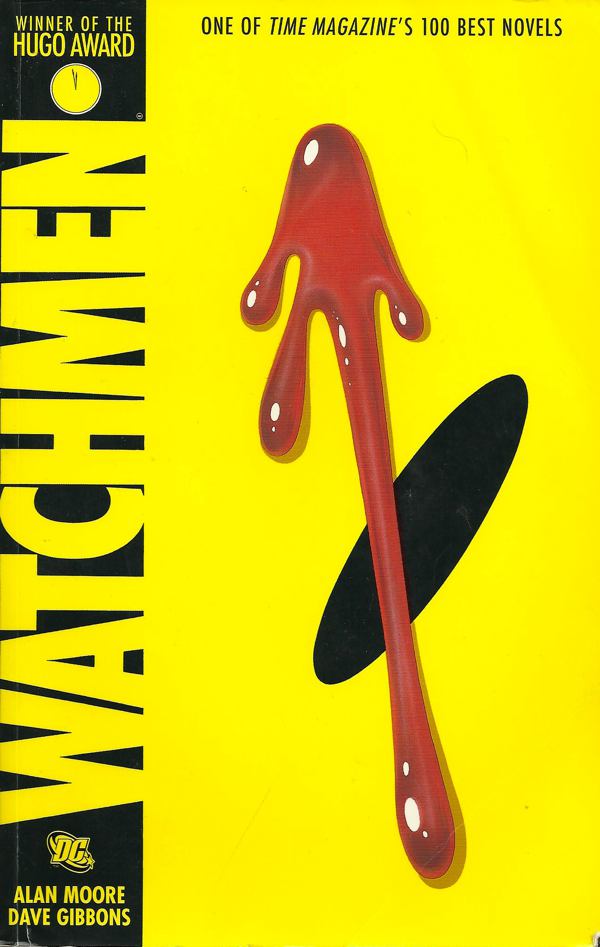 There’s gonna be spoilers. This comic is thirty years old, for Pete’s sake. I might be the only person who’s never read it.

I’m writing this because I have never read Watchmen. Yes, I knew of the general premise, but, to be honest, I had very little interest in buying this comic when it came out decades ago, and once I learned the characters were analogs for characters I grew to know and love after Crisis on Infinite Earths, I had very little reason to care about a series I had missed and money I had spent elsewhere.

I did read some of the Before Watchmen stuff, because, after all, those were created for a “new” audience and had some stellar creative teams. But, again, let’s be honest, Before Watchmen wasn’t targeted at anything even remotely resembling a “new” audience. It was crafted to deepen the bench, to pad the catalog shelves, and cash in on a brand that was self-sustaining, but flat.

I’m happy that I waited to read this. Young Doug (I would have been 14-15) would not have appreciated the layers and subtext throughout the series. I’m fairly certain Young Doug would have skipped right over the back matter tacked onto every issue.

But here, presented in one hefty collection, I was able to pause and restart, thumb back, cross-reference, and peek ahead. Having reviewed comics for almost a decade now (or maybe for over a decade?) I can definitely appreciate the work writer Alan Moore, artist Dave Gibbons, and colorist John Higgins have packed into Watchmen. Not only were the creators ambitious enough to introduce an entire superhero team in their over-the-hill years, they also introduce the originators of the hero brand for this universe, giving each and every character that walks into a panel depth, history, and purpose. 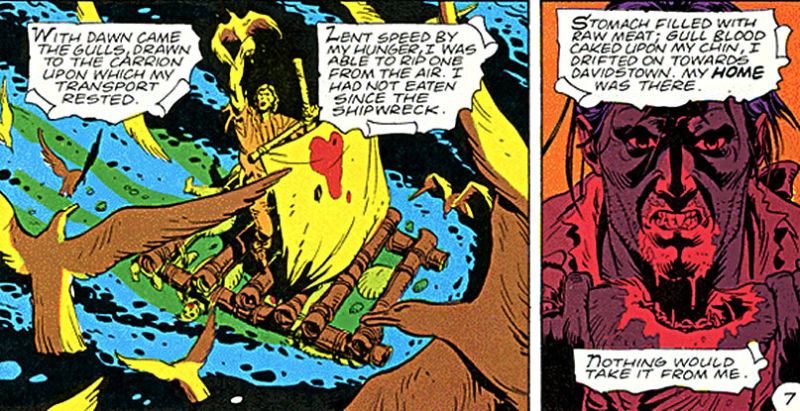 While it’s definitely one series, from start to finish, Moore packs enough into the series with the various subplots, and contextual tales – Hollis Mason’s Under the Hood, The Tales of the Black Freighter, psychological profiles for Rorschach, and such – that Watchmen feels like an anthology collection. You could peel out Doctor Manhattan’s story from start to finish and enjoy it for what it is – the rise and fall of a nuclear being’s humanity. You could spin off Nite Owl into an anthology series with Mason’s adventures in half of each issue and Dan Dreiberg’s escapades in the other. Heck, there’s probably even enough of a story between the two Bernies – ancillary though the y are – to fill an issue of a comic.

All of the stories blend together, some more memorably than others. As the villain of the piece, I would expect a little more from Ozymandias than we got. Yes, he does make a formidable foe for the characters left to fight him at the end of the issue, but in the time since (and with the speculation brewing for Rebirth), his legend has exceeded his accomplishments. He’s not a total flop, mind you; he’s just nowhere near as memorable as Dreiberg or Rorschach.

Gibbons’ art holds up nicely. He packs every scene with stuff – decor and artifacts, passersby and architecture. Like the individual character arcs, some pieces work better than others, but there is no denying the effort behind each piece. Just crafting different patterns for Rorschach’s mask alone would have been significant. The back matter in the collected Deluxe Edition provides a peek to what Gibbons started with, altered, and fine-tuned to give readers this now-classic comic book story. 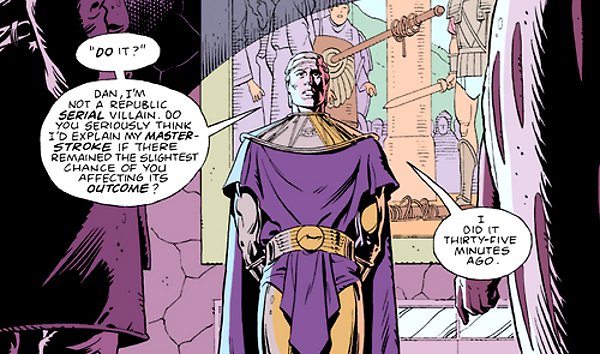 Which brings me to my assessment. Watchmen is a good story. A masterful story. A memorable story. It took me about half an issue to shake the analog aspect out of my mind, finally taking the characters Moore, Gibbons, and Higgins created as independent, competent pieces. Once I stepped beyond that, I found myself able to be immersed and intrigued. I shut Before Watchmen and Rebirth out of my mind. I focused on the worlds – lush and bold, significant and solid – created for this series. I accepted Moore’s invitation to join the Crimebusters, to meet the Comedian and Moloch, to go to Gila Flats and Antarctica, to see the Ozymandias action figures and to almost – almost – smell the grease in Hollis Mason’s garage.

I’m not going to crown Watchmen as the single best collection that I’ve ever read, but it is a very good, very rich comic book adventure. This was the very first comic I wrote down on my brain dump list when I was invited to join the 52 in 52 team. It was time to eradicate that blindspot, just in time for the world of the Watchmen to take precedence in “The Button.”