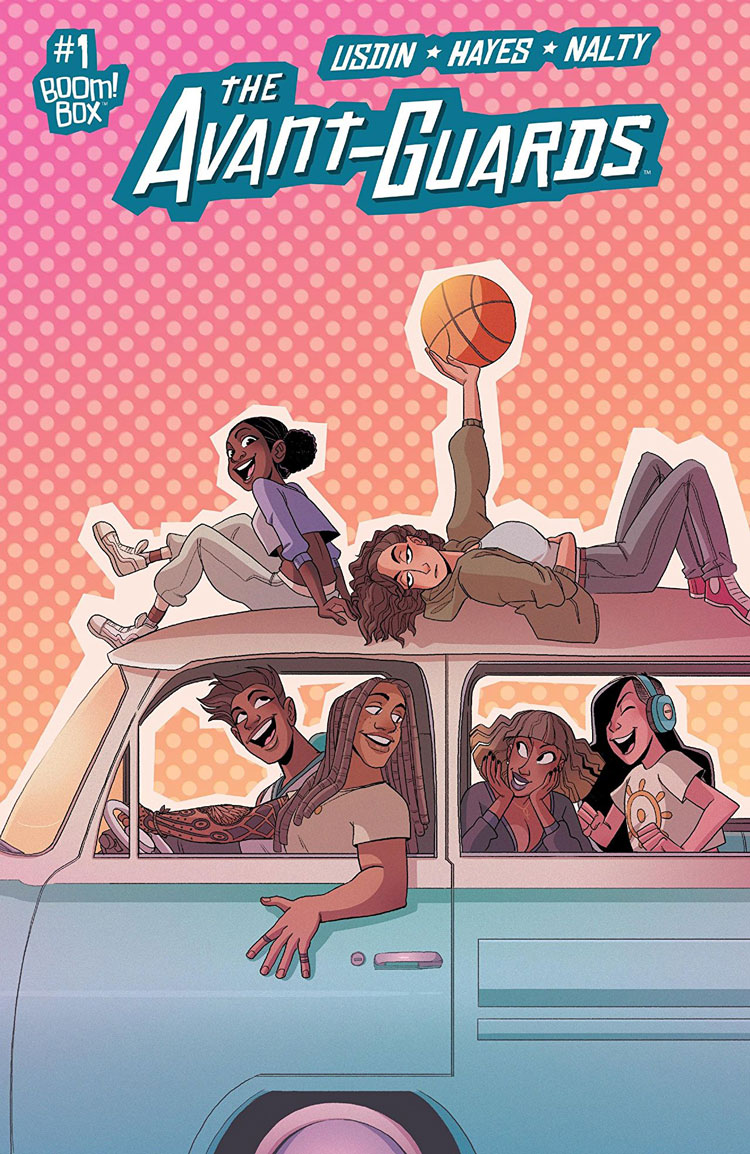 After Charlie Transfers to the Georgia O’Keefe College of Arts and Subtle Dramatics, she meets the Avant-Guards, a newly forming basketball team at the school. But will she join them? Find out! In this issue of Avant-Guards!

I do love that one of the main characters is named Charlie Bravo. I’ve always had a name that’s been easy to make corny jokes with, so I feel the pain of someone lighting up and telling you a joke you made up when you were three like it’s the most ingenious joke in the world.

I love the first interaction between Liv and Charlie out of all the scenes, I think. Charlie, while obviously insular and unapproachable, doesn’t need to be rude or aggressively antisocial in order to bring her point across. Olivia, a hyper ball of excitement, recognizes when she’s too aggressive and strives to maintain a composure that makes the people she talks to (especially strangers) not shy away from her. This shows a great foil between the both characters that I’m excited to see explored.

I do love the clubs that Charlie passes. I love the laidback, barefooted, messy haired looks of the “Higher Club”, the vampire and Joker dressed students at the “Living Dramatically” club, I love the one woman cook creating popcorn and something in a giant pot at the “Endless Tastabilities” booth, the witches, black candles, and Ouija Board at the “Coven” booth. You can just feel this sense of oddness coming from the people of the school and I appreciate bringing such a variety of random clubs to this campus.

I do love the designs of all the team members of the Avant-Guards. Not all of them are the sporty tall type, nor all of them the petite hot type you see in a lot of comics. They all range with a variety of bodies, with hairstyles and clothes that shed light on their personalities, and I appreciate that.

I love the coloring. The world shown is vibrant, with one or two solid color backgrounds to emphasize on the characters themselves and their actions a lot of the time.

Definitely read Avant-Guards. It’s a fun college series with a whole cast of interesting characters and I highly recommend it.