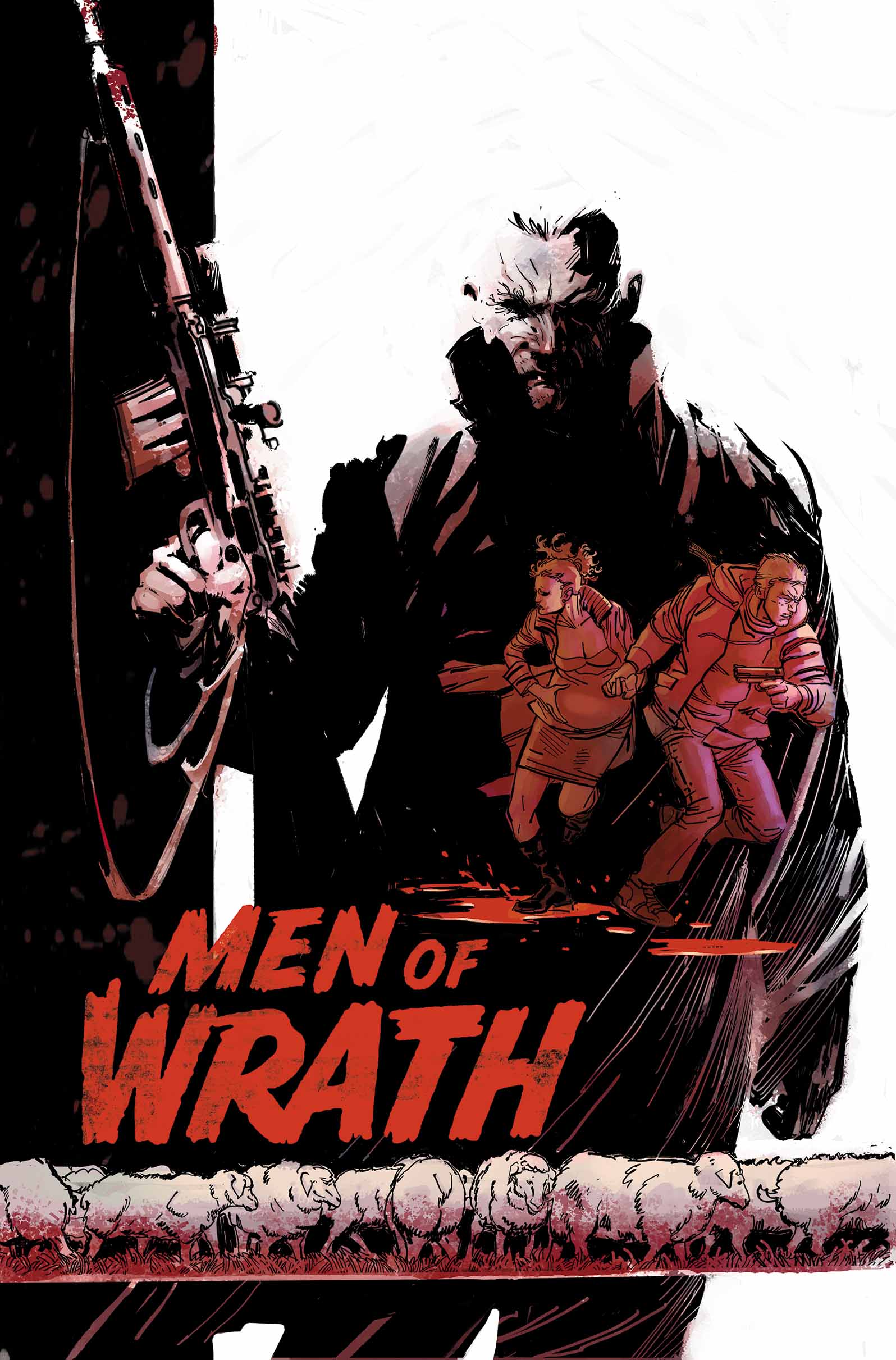 Ever since Great Grandfather Isom killed a man over some sheep, a black cloud has hung over the Rath family. Now, over a century later, Ira Rath is the coldest hitman ever to walk on Alabama soil. And he’s just taken a job that will decide the fate of his cursed family once and for all. As the blood-soaked history of the Rath family unfolds, witness the cycle of violence that shaped Ira into the ruthless killer he is today.

“Men of Wrath is about family history,” said Jason Aaron in an interview with CBR. “Each issue opens with flashbacks to different generations of the Rath family. We kind of start to see how the cycle of violence begins and gets perpetuated and passed down from generation to generation of this family and kind of culminates in Ira as the worst of the bunch.”

“Everybody has their history. Some history is more colorful than others,” says Ron Garney. “Some are more dysfunctional than others. I can’t speak for everyone else, but I can guarantee this story is bound to hit on many different cylinders for many people because of the family dynamic.”

Launched in 2004, Marvel’s ICON imprint is designed specifically for top-tier creators to tell their bold, creator-owned stories featuring their own characters and creations. Producing such critically acclaimed titles like Kick-Ass, Powers and The United States of Murder Inc., Marvel’s ICON imprint has solidified itself as the place to be for exciting stories from A-List creators.

What actions and events led Ira Rath down his murderous path? Dive into the story of a Southern family and their violent history as Aaron & Garney explore the dark past of the Rath family this October in MEN OF WRATH #1!