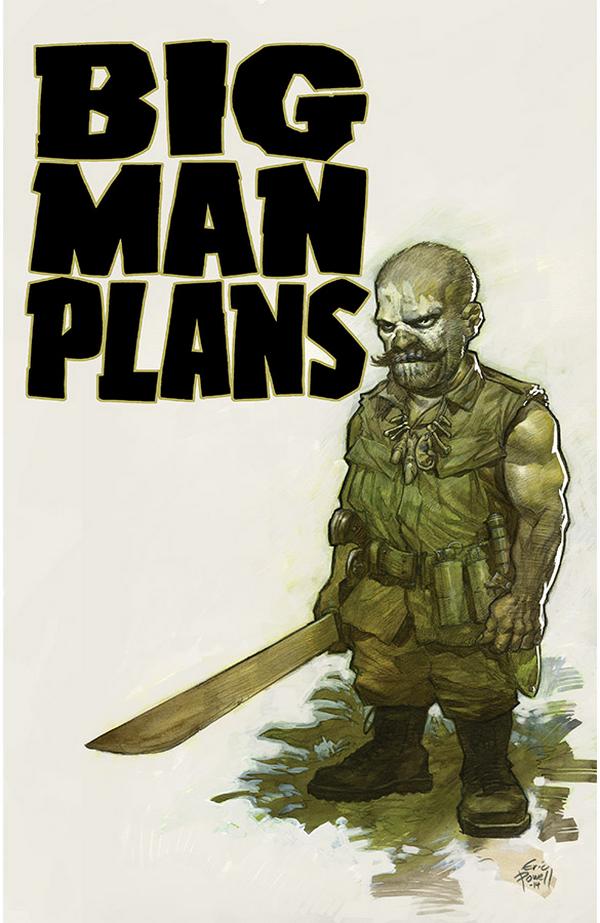 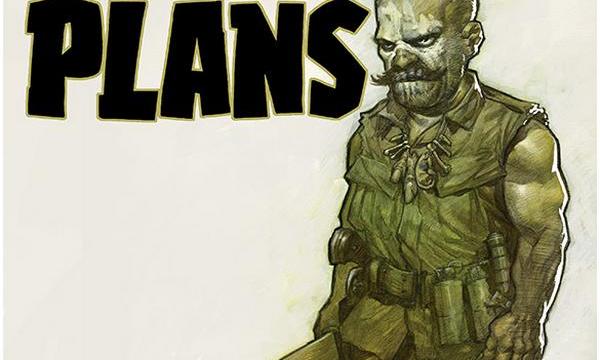 Relentless. Relentless from beginning to end. Non-stop action, violence, and pain come from the 20+ pages of BMP. This comic is not for everyone, especially the lighthearted. While devoid of humor , BMP makes up for it with brutality and harshness. Powell and Wiesch have created a world that you don’t want to be apart of, but you want to look into.

There is a story between the acts of violence and a solid one at that. The book jumps into many important moments of the main character’s life in quick bursts. Some scenes were done extremely well and squeezed everything they could out of the limited panels they were given, and others felt more like afterthoughts or needed more time to develop. Slowing down isn’t in this book’s nature, but there were moments that would have benefited from a few extra panels.

Hyper violence is a tricky subject. Without proper motivation or a lacking story, it can turn into muderporn very quickly. Big Man Plans walked the thin line and never did I feel as if the violence was completely out of hand. As Big Man’s past is revealed, there is nothing but devastation. Seeing a character be treated as the salt of the Earth for so many pages and finally snap, it is hard to not see his side and the drastic measures he takes on his quest for revenge.

The vagueness of the main plot was a double edged sword. On my second read through, I was able to pick up on subtleties of some smaller scenes looking for more hints that may lead to the bigger plot, but more details were needed to truly get the hook to go into issue #2. Of course with the awesome final splash page, you probably won’t need another hook to keep you around.

Powell pulled no punches in the art department. A few panels made you sit on them for a extra minutes to take it all in. There is one in particular that the second you see it, you will definitely do a double take. You will know which one I mean, trust me.

Moving past the shock factor, the art is extremely impressive. Big Man has a wonderful design and his rage is felt in every panel he is in. The flashbacks have a certain overlay and drab colors and give the look of the newspaper stock used in old comics and makes the scenes stand out. The use of blanket colors to heighten the emotion of the moments a nice added touch as well. Powell and co. put together a complete package.

The graphic nature of the book is going to be an instant turn off for some and there are going to be certain moments of issue #1 that are going to be taken out of context and passed around social media for shock value, which won’t be fair to the book because when everything (the story, the art, the violence) is presented together, it really does work. Big Man Plans is brutal, but worth it.