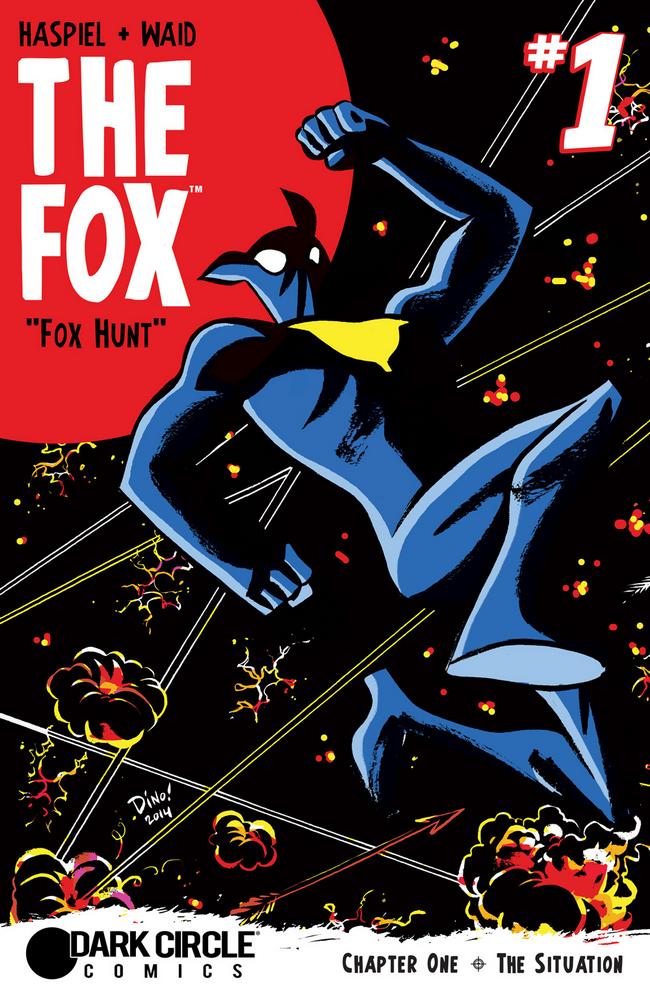 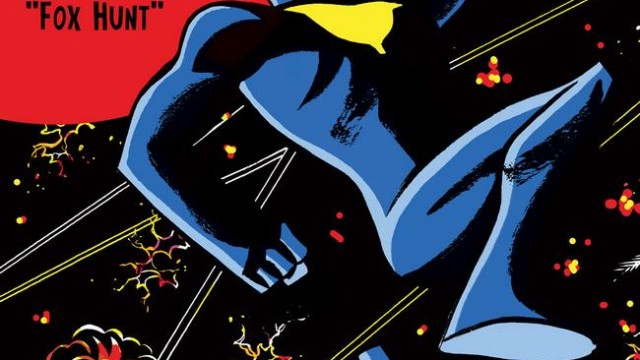 Haspiel and Waid return with a new volume of The Fox from Archie’s superhero imprint, Dark Circle Comics. Quips are aplenty in this first issue, as The Fox takes a trip down memory lane.

The Fox #1 is fairly straightforward, light story that will certainly hit home for fans who like comedy heavy heroes adventuring against equally joke-filled villains. The first issue sets up the world of The Fox well for new readers, making the character, his family, and the set up of the world easy to walk into with no prior knowledge. The ease of entry does highlight some issues I had with the comic, as easy as it is to jump in and understand, it also never goes to a very deep level, telling a somewhat generic story to set the board with all the players for the series going forward. Seeds are planted for ongoing stories, but at this point the characters are generic enough to not fully draw me in, though there is a base here for Haspiel and Waid to work with. The Fox himself is a joke filled hero that falls very much into a Spider-Man style role, full of quips and light humour despite being in some tough circumstances. Fans of Spider-Man will enjoy The Fox a lot, as the similarities in tone are easy to see in this issue and the world of The Fox, but he does have some unique characteristics as well. The existence of his family adds to his responsibilities and burden, and brings an element into the story that could be very interesting going forward.

Waid’s dialogue is fine, though this isn’t his sharpest work. Some quips landed a chuckle from me and others hit with a thud, but for the most part it is fine. He effectively disseminates a lot of information without covering the page in speech balloons or narration, and I applaud his efficiency with his words. First issues can tend to cram too much information in and Waid uses the space he has well without going overboard and cramming a novel into 22 pages.

Dean Haspiel’s artwork is the star, as the personality he injects into The Fox is what makes the character work. This hero is very expressive when in costume, and when he’s wearing his full garb, the issue takes off. The Fox has, for lack of a better term, visual charisma and I found the story was much more engaging and entertaining while the character was in costume. The jokes worked better, the pacing was stronger, and it was simply more enjoyable. I have to question the design choices with respect to a prominent female character in the issue (why she can’t wear clothes, I have no idea) as the design takes what is, for the most part, an all-ages friendly book and makes me question giving it to younger readers. Haspiel’s pencil work, design choices aside, is strong and his work gives this book a “Superior Foes of Spider-Man” feel. He can handle visuals that reflect the pun-filled nature of this story without turning it into a complete joke, and his work is the draw of this issue.

The Fox #1 starts off this volume by setting the board for a series that has some promise, but there are some issues in this comic. While being accessible, it lacks a killer hook to make me want the second issue badly, and the design choices surround the the primary female character in the issue sat wrong with me. Haspiel and Waid have crafted a comic that has potential for some entertaining stories down the road, but the first issue doesn’t fully deliver.