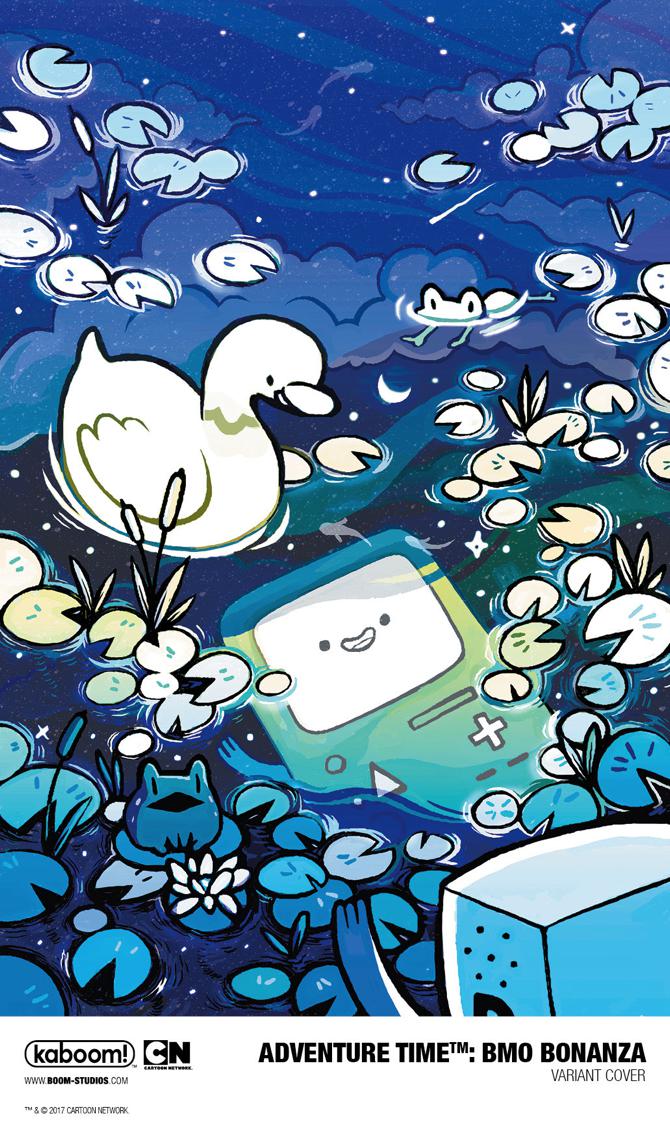 LOS ANGELES, CALIF. (December 12, 2017) – BOOM! Studios and Cartoon Network Enterprises announce ADVENTURE TIME: BMO BONANZA, a one-shot comic book special debuting March 2018 that peeks into BMO’s springtime adventures in the land of Ooo. Ever wondered what BMO is up to when they’re not trying to keep Finn and Jake out of trouble? In this collection of short stories, creators Cynthia Cheng (College Humor Comics), Laura Langston (Adventure Time), Nicole Mannino (This is Not Fiction, Adventure Time), Boya Sun (5 Worlds: The Sand Warrior), Ian Moore, and Shirley Chan follow the multi-skilled console on their very own adventure time.

“BMO is really excited to see the rare Spring Flower bloom and asked Jake and Finn to join on her adventure,” explained Boya Sun, talking about their story. “After a crazy trip, they finally reached the destination, but the flower was not what they had expected…”

“I love how earnest BMO is!” said Nicole Mannino. “They put their heart into everything they do and always takes their work very seriously, despite how silly it seems. Plus, they’re always so cute about it!”

ADVENTURE TIME: BMO BONANZA is the latest release from BOOM! Studios’ critically acclaimed KaBOOM! imprint, publisher of world-class licensed series such as Steven Universe, Over the Garden Wall, Peanuts, and Garfield, along with original series like Brave Chef Brianna by Sam Sykes and Selina Espiritu, and The Deep by Tom Taylor and James Brouwer. KaBOOM! has been the home for Adventure Time comics since 2012 and has expanded into several limited series, original graphic novels, and a second ongoing series.

“Everyone loves BMO, as they should, and we’re thrilled to finally BMO their own dedicated special,” said Whitney Leopard, Editor, BOOM! Studios. “We’ve assembled a great roster of creators who will each give BMO the starring role they rightfully deserve!”

Print copies of ADVENTURE TIME: BMO BONANZA will be available for sale March 2018 at local comic book shops (use comicshoplocator.com to find the nearest one) or at the BOOM! Studios webstore. Digital copies can be purchased from content providers like comiXology, iBooks, Google Play,  and the BOOM! Studios app. 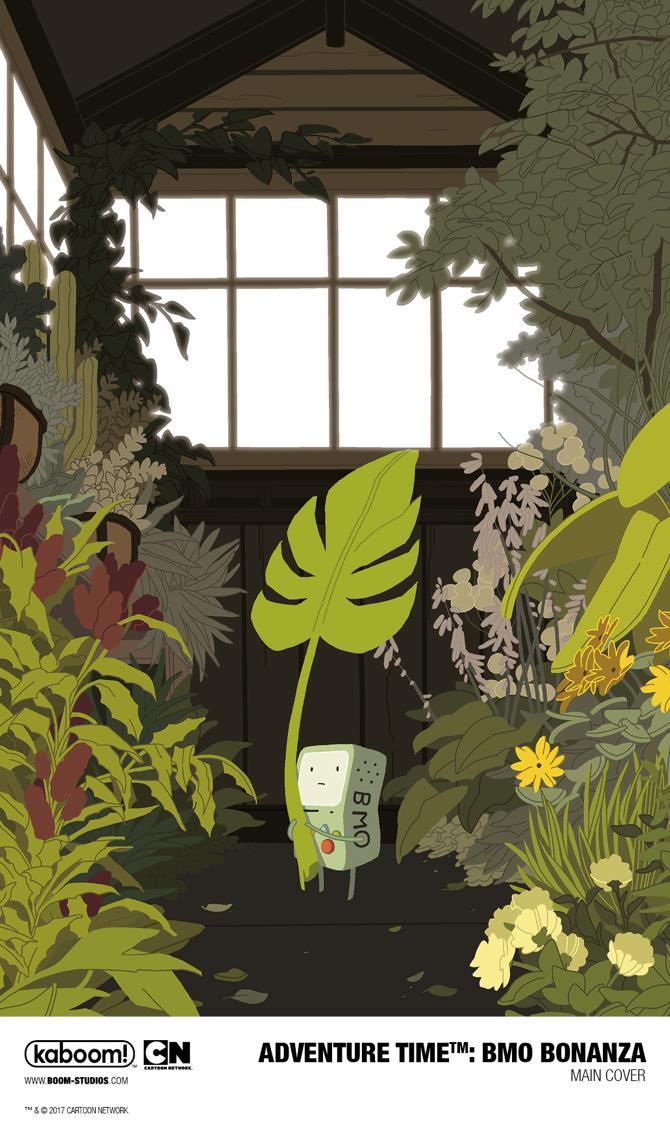