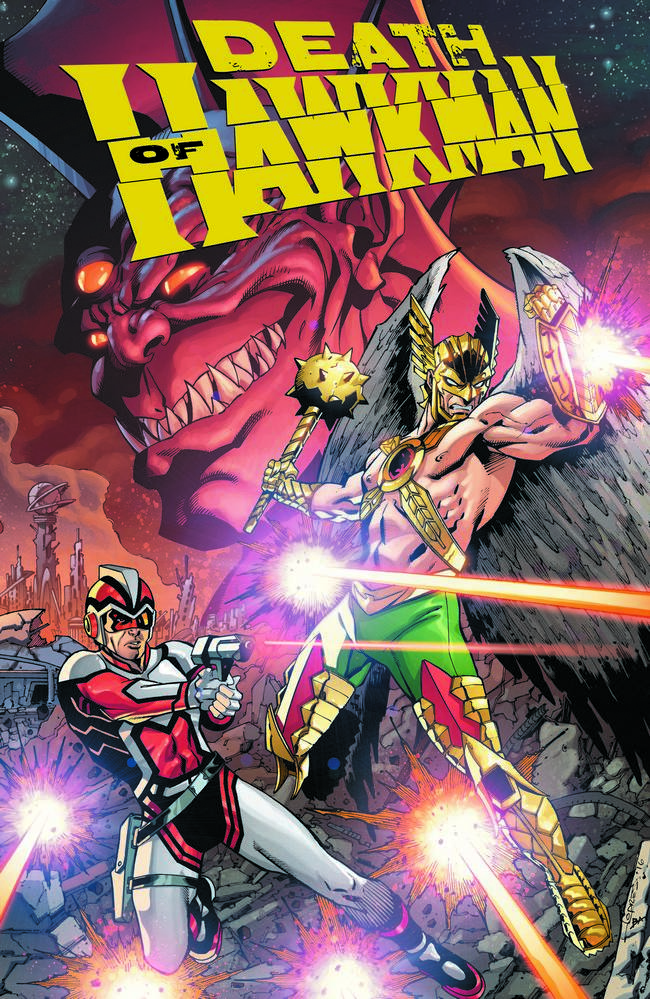 The conflict between Rann and Thanagar suffers its most harrowing casualty as DC revealed the true title of the upcoming miniseries debuting on October 5, DEATH OF HAWKMAN.

Originally announced as HAWKMAN and ADAM STRANGE: OUT OF TIME, this six-issue monthly miniseries written by Marc Andreyko (WONDER WOMAN ’77) with art by Aaron Lopresti (THE NEW 52: FUTURE’S END, LEGENDS OF TOMORROW/METAMORPHO), combines the space faring scientist/adventurer with the winged policeman from Thanagar in a race against time to prevent the worlds of Rann and Thanagar from marching headlong into galactic destruction.

After a career of galaxy-spanning adventures, Adam Strange finds himself trying to live a “normal” life when he’s pulled back into interplanetary calamity and chaos once again! When a seemingly normal Zeta beam transmission returns him to the planet Rann, he finds the capital city of Ranagar in ruins, and his once peaceful beloved Alanna crying out for the blood of Rann’s oldest enemy, Thanagar. The evil Despero has brainwashed Rann’s citizens into thinking that Thanagar is responsible for the attack. As Rann gears up to counter-attack, the Hawkmen get word of the impending attack and plan a preemptive strike of their own.

As both civilizations march toward war, both Strange and Katar Hol have now become fugitives from Rann and Thanagar. With certain death hanging over both their heads, the clock is ticking, and both heroes must race to find out Despero’s ultimate goal and prevent the destruction of two worlds! 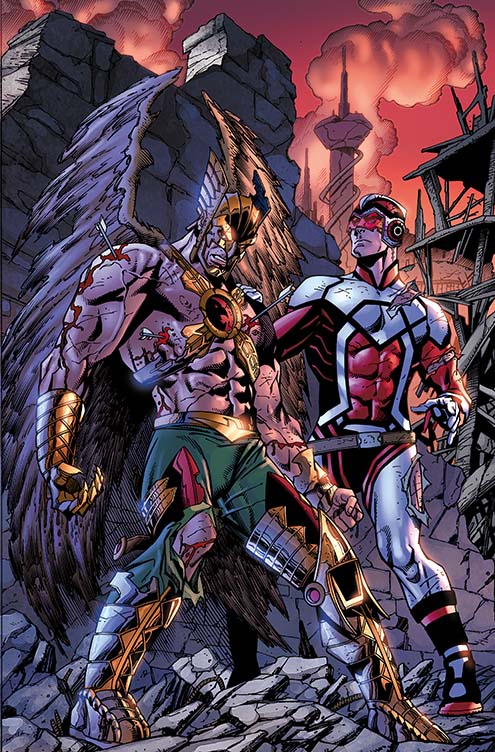