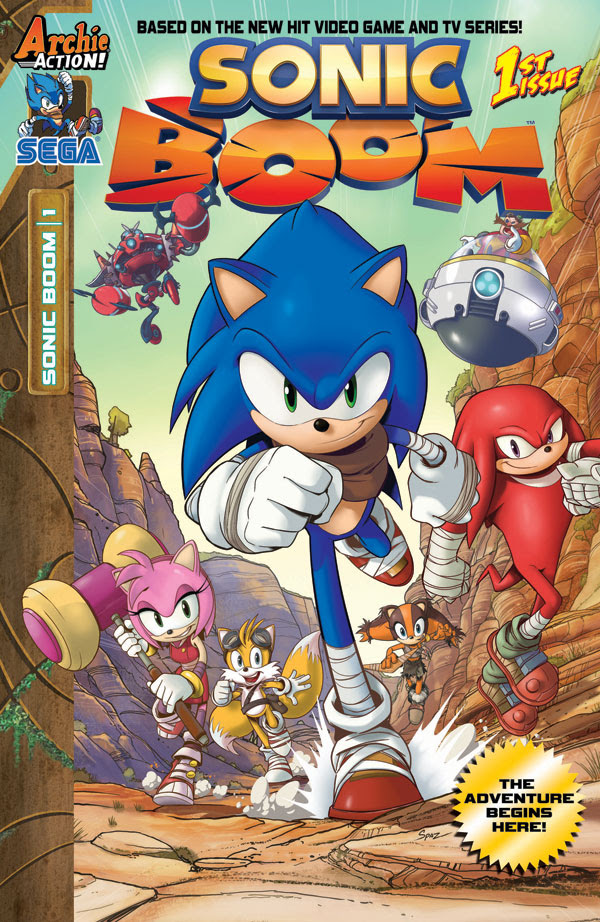 Written by bestselling Sonic comic scribe Ian Flynn, the comic series will reside in the same story universe as the TV series and games, featuring a different take on the Sonic the Hedgehog universe, with a new look and feel. Sonic and his friends Tails, Amy, Knuckles and new member Sticks, must come together as a team to explore a new world full of comedy and adventure.