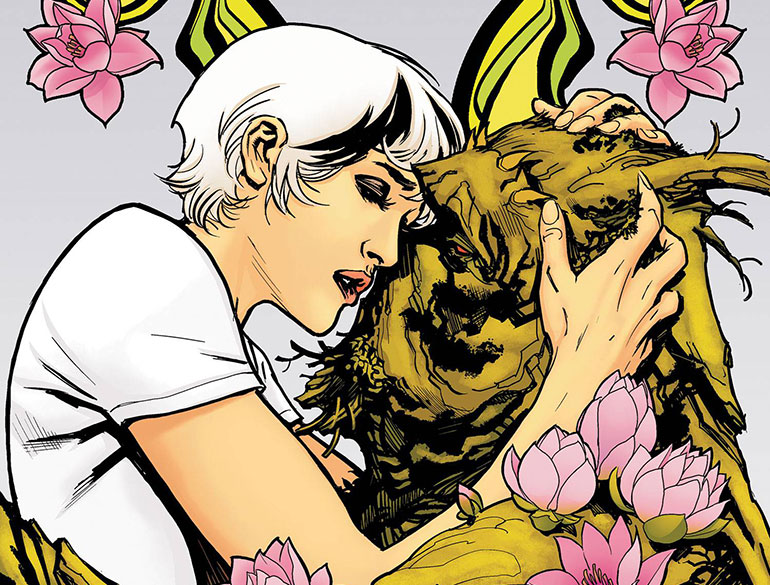 Come Saturday morning, all will be revealed about DC Comics’ new plan for their main hero universe with the live streamed #Rebirth announcements at Wonder Con at 9am PT. The New 52 had its ups and downs, but before it can all be reborn, let’s look back at the best of the best over the course of the last five years. Counted down from 20 to 1 in four days, here are more of the top classic runs DC Comics given us since September 2011! 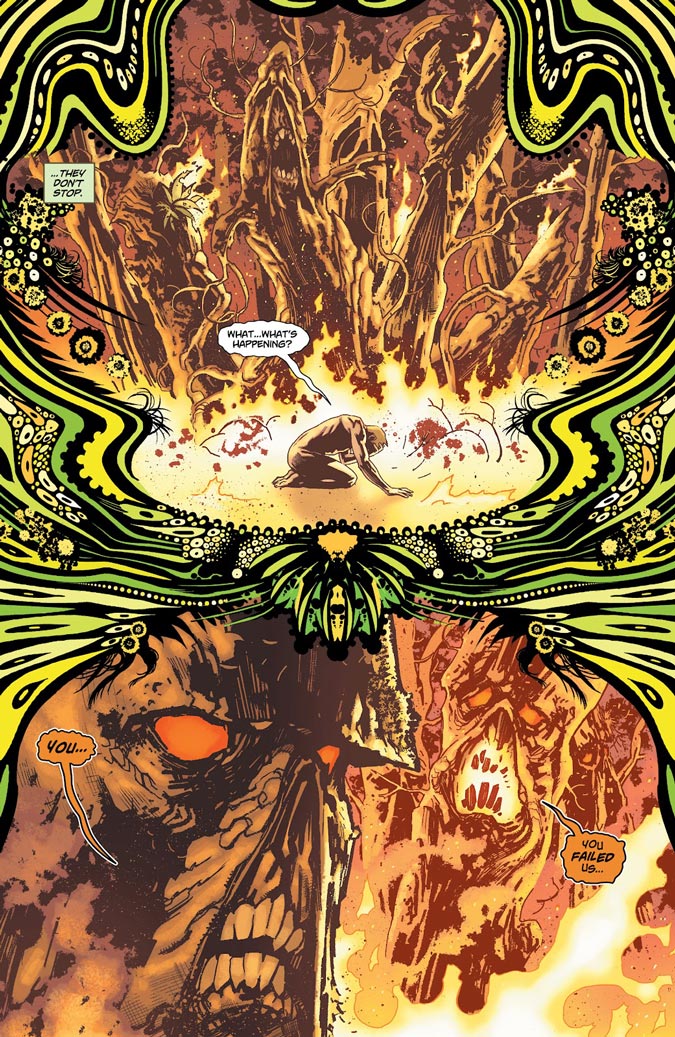 Speaking of rebirth… At the start of the New 52, fans were treated to a brand new rendition of the classic Swamp Thing character — and a bit of a surprise. Turns out, the Swampy we all came to know and love was gone, and in his place was actually Alec Holland. Snyder and Paquette turned the tables on Alan Moore’s “The Anatomy Lesson” to bring back the flesh and bone to the man-monster of the bayou. And in the process, they wove a tale of love and loss, horror and friendship, bringing not just Animal Man closer into the fold of Swamp Thing’s world, but returning Abby Arcane to his side. With gorgeous, intricate layouts and real human moments throughout, Swamp Thing once again stood out as the greatest love story in comics, albeit one that might get a shiver out of you.

“Paquette’s art… has been the perfect embodiment of a world of violence and beauty. Roots stab, branches tear, and vines strangle, but even in the bloodiest moments there can be blossoms and the promise of new life.” 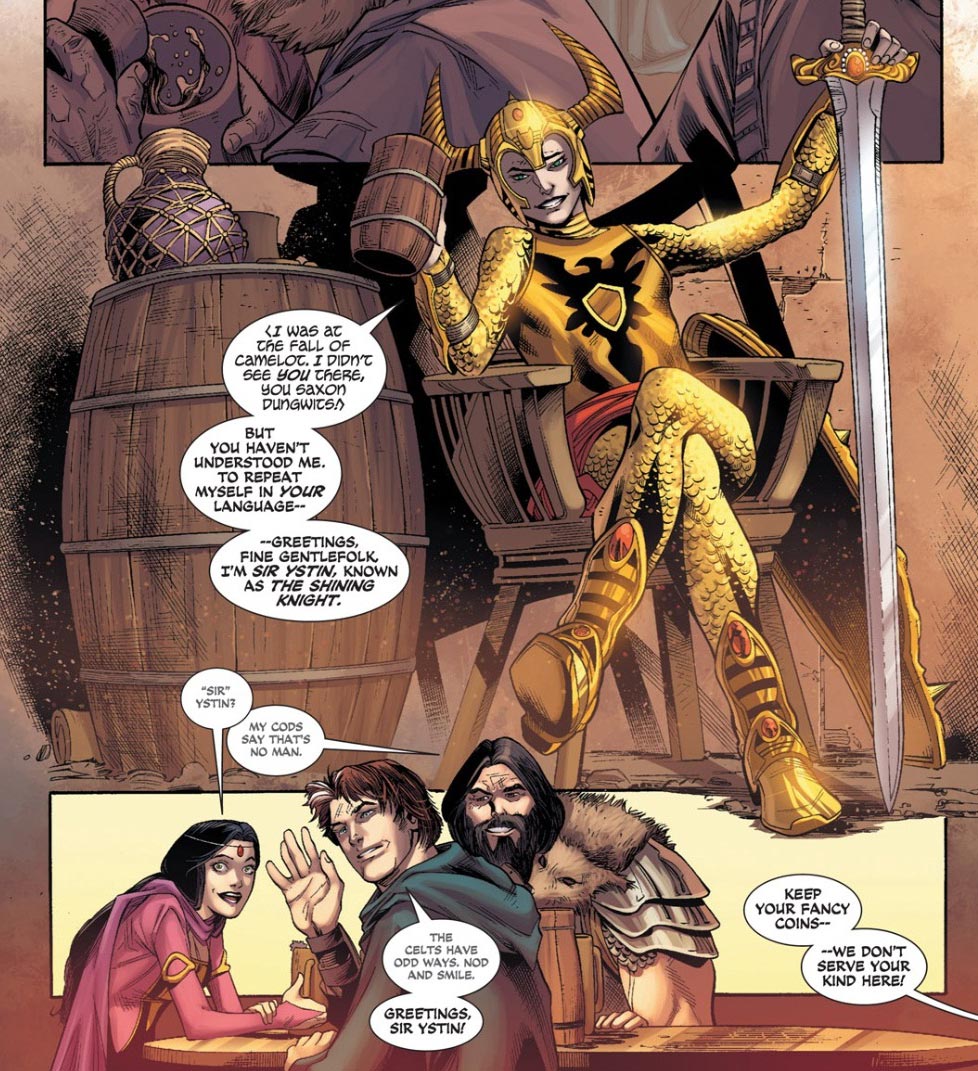 One of the few titles in DC’s stable over the last five years NOT to be set in the present day, Demon Knights cobbled together a ragtag team of Middle Ages characters that bowled over fans. Paul Cornell and Diogenes Neves not only handed us familiar folk like Jason Blood (and his other half, the Demon Etrigan) and Vandal Savage, but also brought versions of Madame Xanadu and Shining Knight to the DCU proper in versions that Matt Wagner and Grant Morrison had reintroduced in recent years. Shining Knight in particular was the only intersex character to be highlighted in the New 52 (although trans and genderfluid characters have since arrived), but Cornell handled their sexuality and gender identification with great grace and dignity. Oh, and gave us kick ass adventure as well. 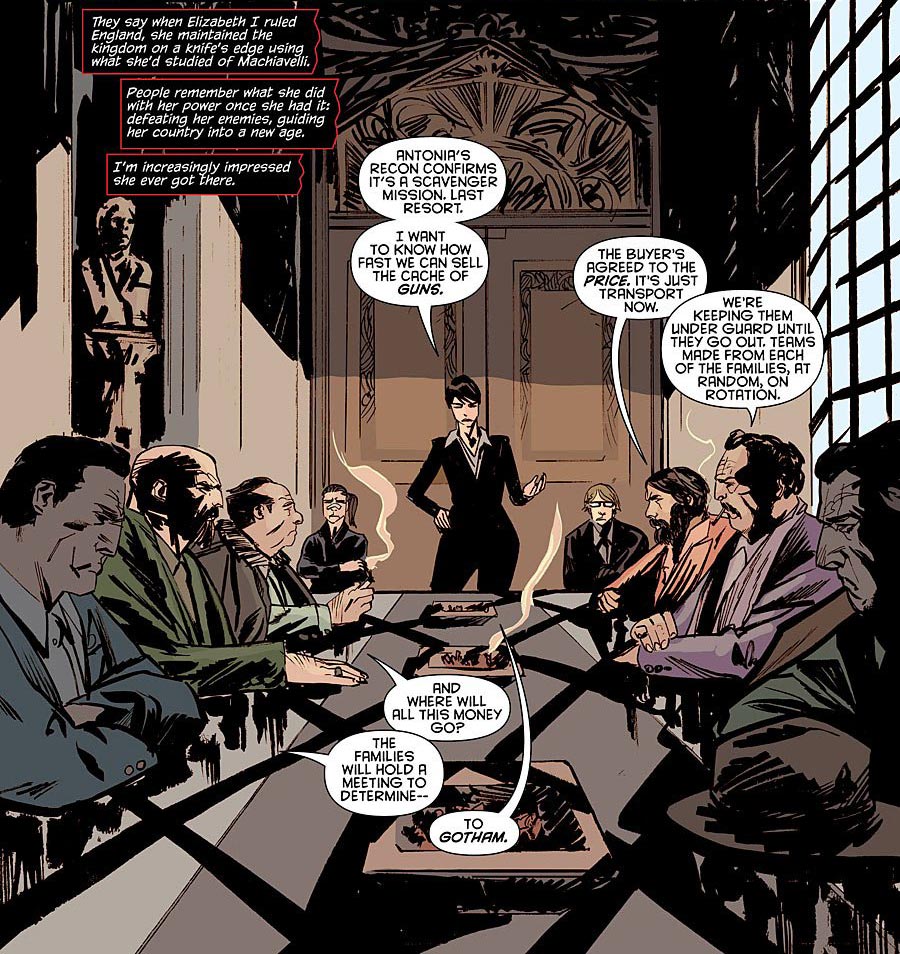 A huge critical hit last year following run after run of less than stellar storytelling, the story of Selina Kyle née Calabrese’s rise to power as the Crime Boss of Gotham City was absolutely riveting. Not only did writer Genevieve Valentine and her artistic partners realign Selina Kyle to be the person of agency and power we knew her to be (but weren’t seeing on the page), but they did so in a respectful and smart way. From the running quotes by powerful women in history to Brown and Messina’s sexy, but not objectifying, take on both the original Catwoman and her lady love Eiko, the new woman behind the goggles, the team built a story that competes as the best Catwoman story ever told. 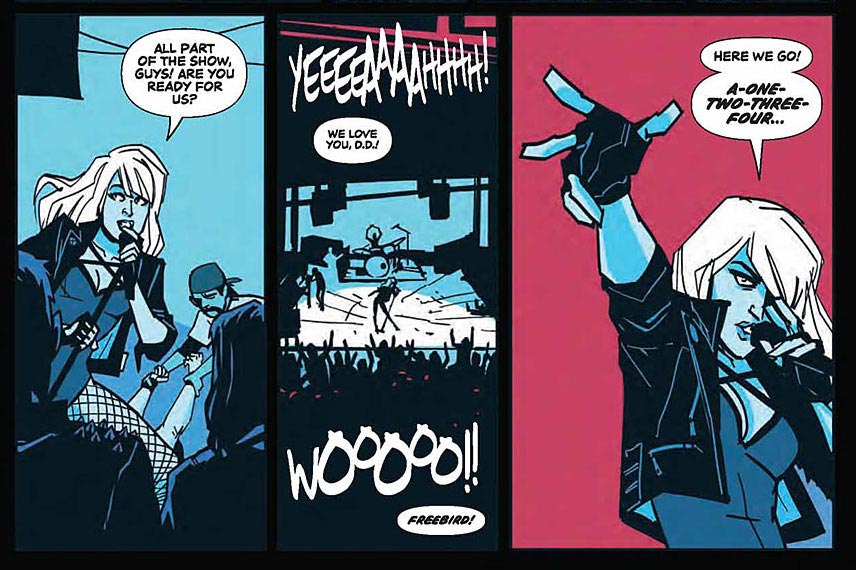 Another classic DC lady who had some ups and downs since the New 52 began, Black Canary took center stage this last year in a glourious DC You-branded series centered around her newfound career as lead singer in a band. Spinning out of her reconnecting with former Birds of Prey teammate in Batgirl, Black Canary introduces a whole new cast of characters with a gorgeous look and tempo that’s too exciting to ignore. Fletcher and Wu draw on their extensive knowledge of the music scene to blend kung fu action with hard core rock and roll, even releasing an EP from the fictional band in the process. Wu’s indie alt press design for the title is the perfect escape from anything bearing a resemblance to house style, and it makes you want to drop your jaw at every page.

“The concept in this book is so incredibly fitting, it’s hard to imagine a world in which Dinah wasn’t the lead singer in a band, superheroing along her tour. Everything about this book works” 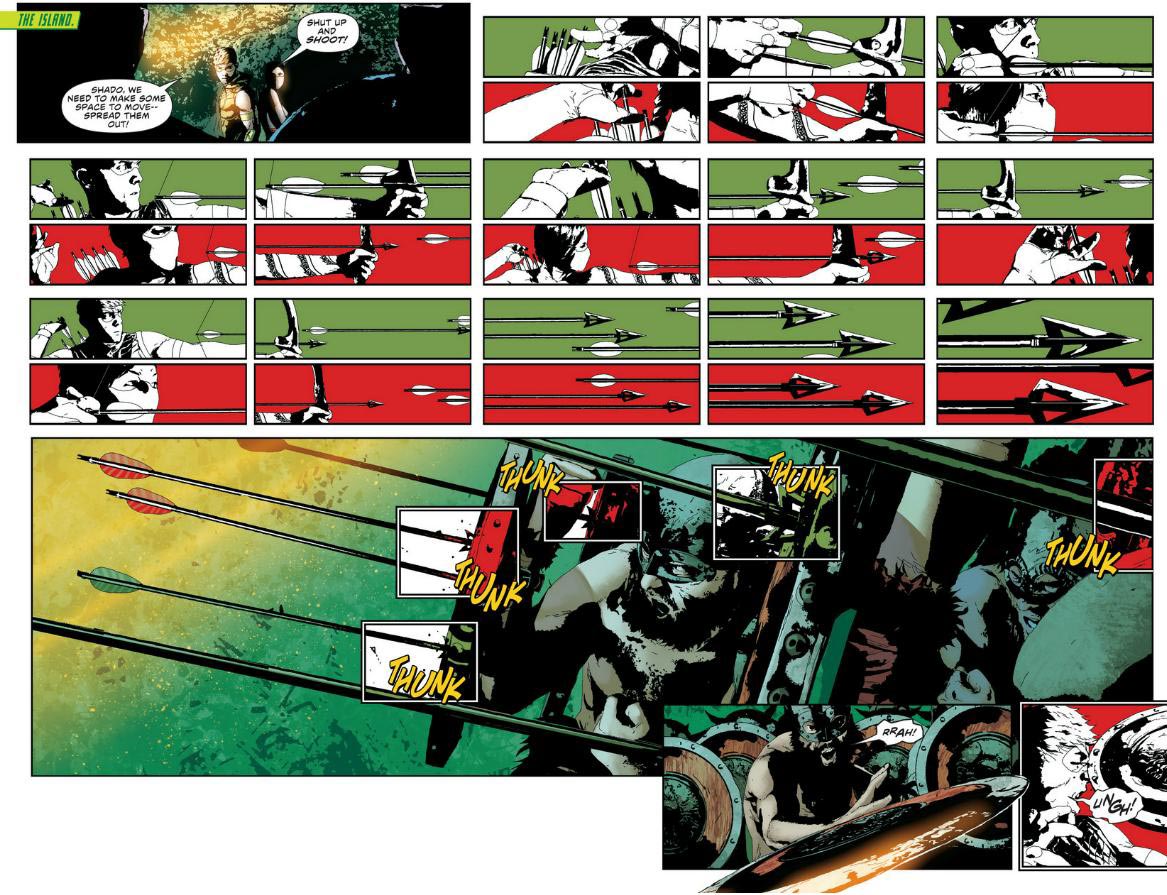 Not surprisingly, Green Arrow became a lot more important to DC Comics in the last five years with the huge success of the Arrow television series on the CW. Integrating some of the mythology behind that show, but in a deeply smart and beautiful way, Lemire and Sorrentino (who previously drew I, Vampire) took the new, younger Oliver Queen and made him a force to be reckoned with. The stunning panel layouts and intricate textures throughout the book is like nothing the character has ever seen, and the excitement didn’t stop there. With renovated visions of Count Vertigo, Shado, and Katana reappearing, as well as new characters such as Oliver’s little sister and John Diggle, Jeff Lemire catapulted Green Arrow into an A-list character once and for all.

“Jeff Lemire has turned this series around and taken Green Arrow from being a lower-tier book to a monthly must-read in just a few simple issues. Sorrentino is infusing an immense amount of style and energy into Green Arrow and he has revamped this series completely.”