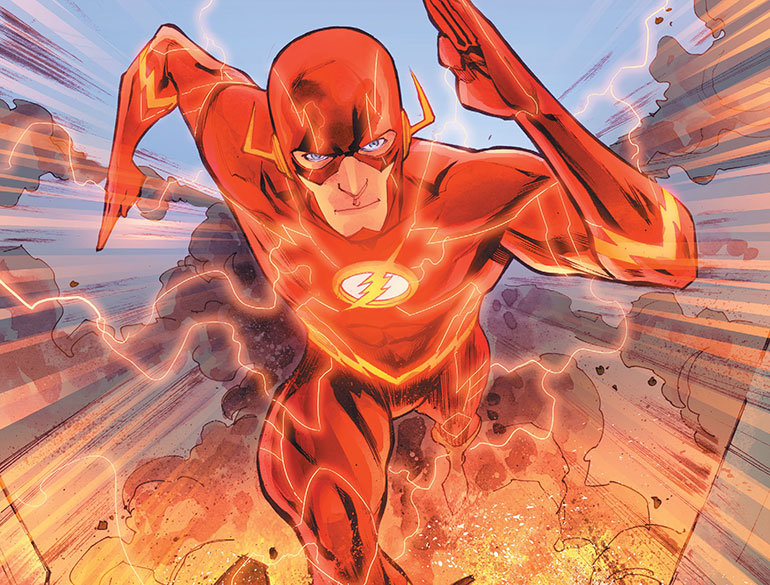 Come Saturday morning, all will be revealed about DC Comics’ new plan for their main hero universe with the live streamed #Rebirth announcements at Wonder Con at 9am PT. The New 52 had its ups and downs, but before it can all be reborn, let’s look back at the best of the best over the course of the last five years. Counted down from 20 to 1 over the next four days, here are the top classic runs DC Comics given us since September 2011! 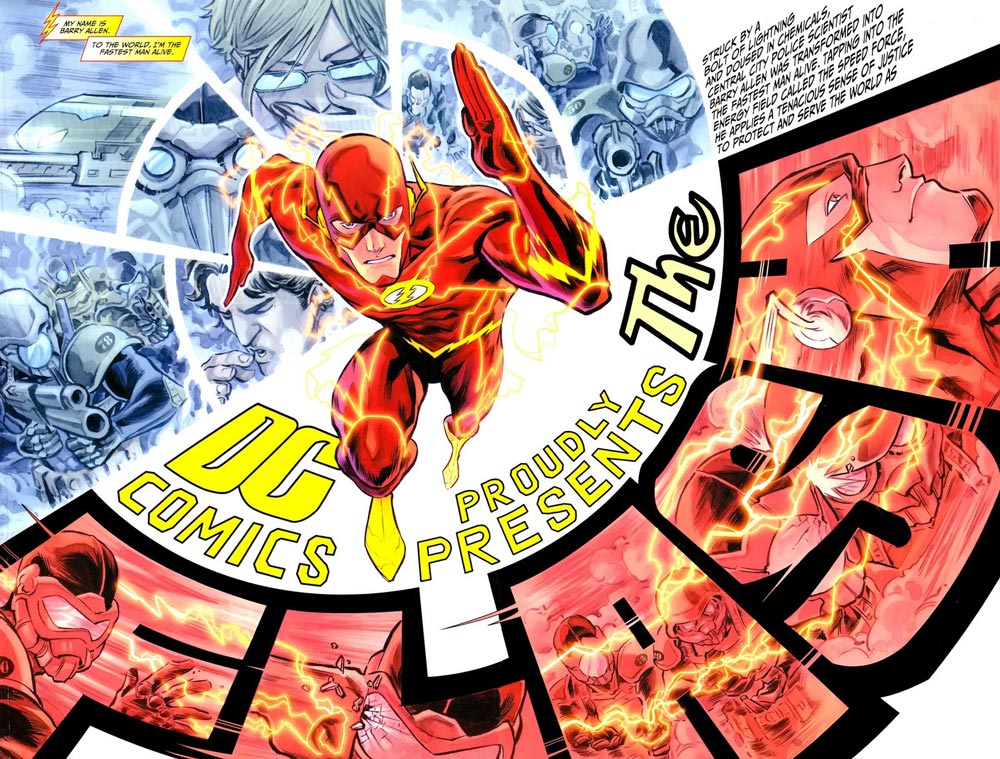 One of the earliest breakout hits of the New 52 was maybe the least-likely character-wise: the creative collaboration between Francis Manapul and Brian Buccellato on The Flash. With the swiftness of the Scarlet Speedster himself, the artist-driven book was BACK and The Flash took off like a rocket. With layouts that were some of the most inspired since the Golden Age of comic strips, this title focused on Barry Allen growing into his powers and discovering the true nature of the Speed Force. Rogues, Iris West, Patty Spivot, Gorilla Grodd — all the elements you want in a new classic Flash story.

“This dynamic team has done something special with this speedster, and The Flash is a great example of how good comics can be when a creative team is on fire.” 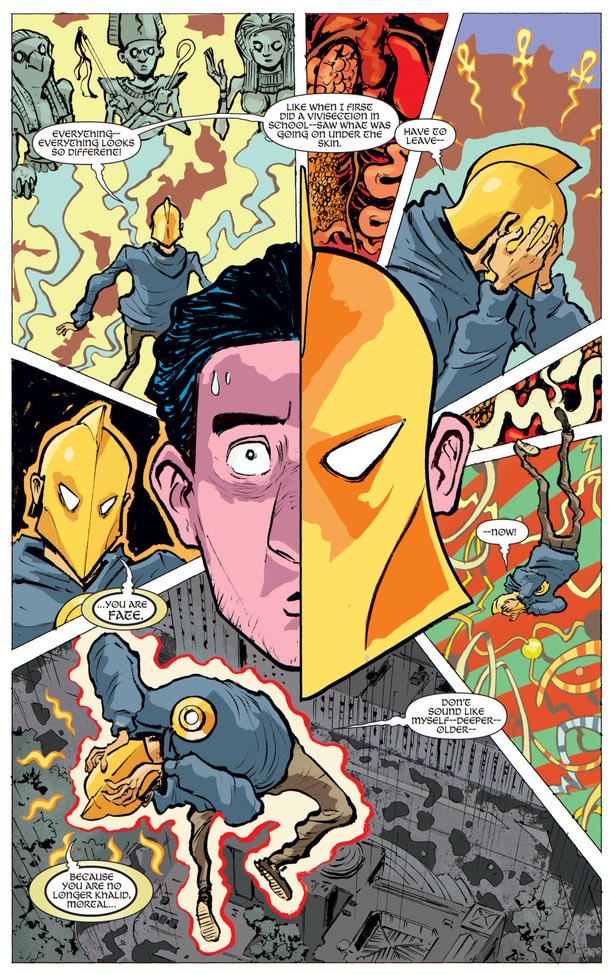 One of the more recent launches under the banner of DCYou, Doctor Fate reintroduced the Golden Age mystic as a student on his first day of medical school — that is, until a massive flood hits New York City. Khalid Nelson may be first generation Egyptian-American, but the gods of Ancient Egypt are as foreign to him as anyone else. So when one of these gods pick Khalid to be their next avatar of order and grant him the helm of fate, his world turns upside down. Combining Sonny Liew’s masterful illustration with Paul Levitz’s classic Eisner-style storytelling, Doctor Fate broke the mold for what we could expect out of a character seven decades old. 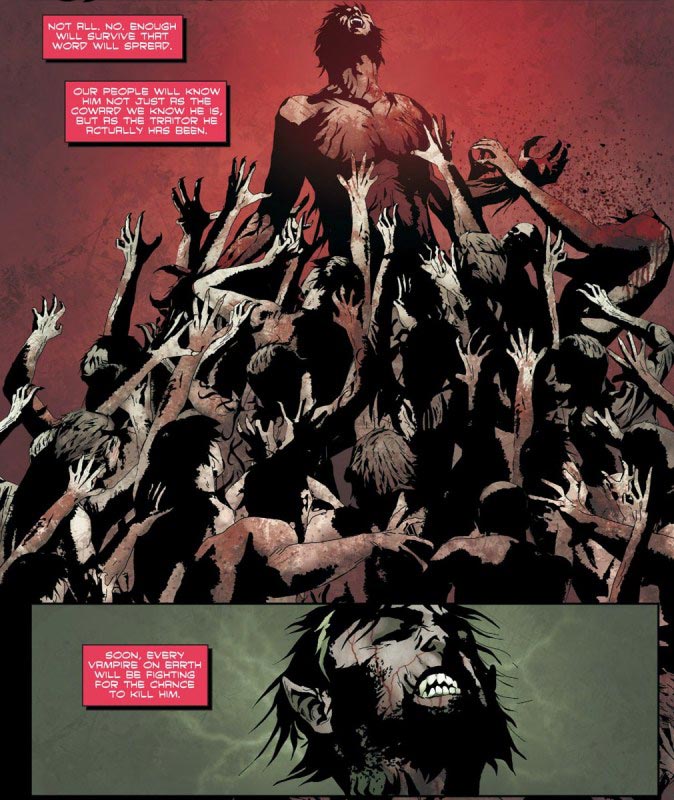 It flew under the radar from beginning to end, but the work Joshua Hale Fialkov and Andrea Sorrentino put into the story of good vampire Andrew Bennett was absolutely breathtaking. Romantic and terrifying in the same breath, I, Vampire gave The Walking Dead a run for its money in pitting Andrew against Mary, Queen of Blood, and the very first vampire Cain. When it’s no longer safe to be human, the next world war may be monster vs. monster.

“Every page is a work of art all by itself. Mary is a figure of abject beauty. Explosions glow on the page. Andrew’s bravado shines despite his cool exterior. Even if you don’t read the book, it’s worth it to buy I, Vampire to look at the pictures.” 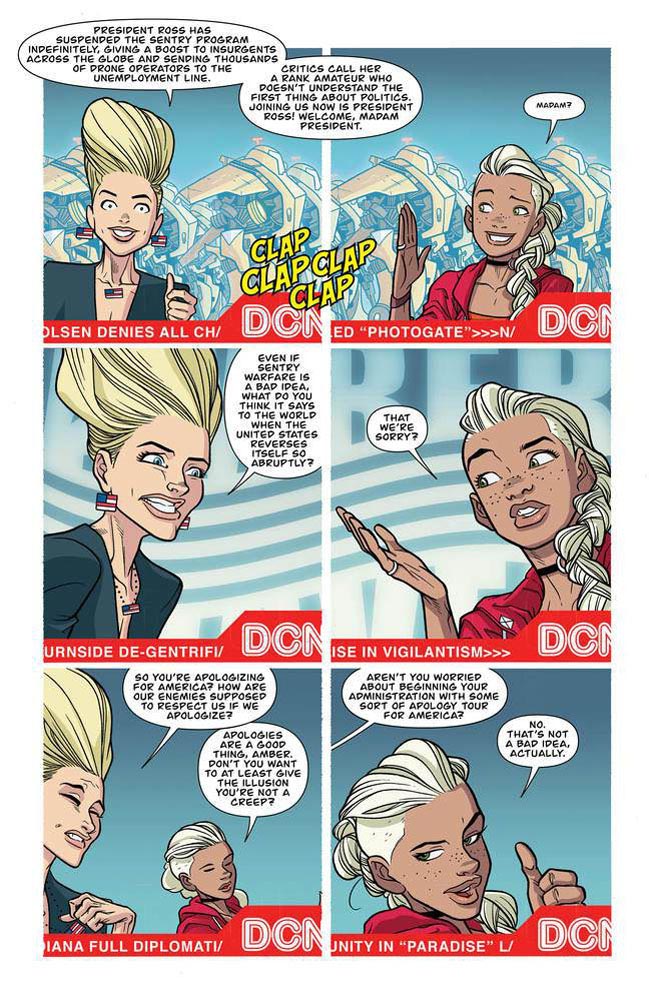 Lord knows, you’d think things couldn’t get crazier than the 2016 election, but the near future landscape in Prez comes pretty close. When a Twitter superstar nicknamed “The Corndog Girl” can slip into the Oval Office amid the machinations of ridiculous politicians and evil backroom corporate CEOs, anything can clearly happen. Beth Ross is a fantastic new female protagonist and her ability to speak truth to power is as inspiring on the comics page as it would be on the nightly news. But don’t miss all the astonishingly clever details that pepper this brave new world, from Taco Drones to Mr. Smiley. 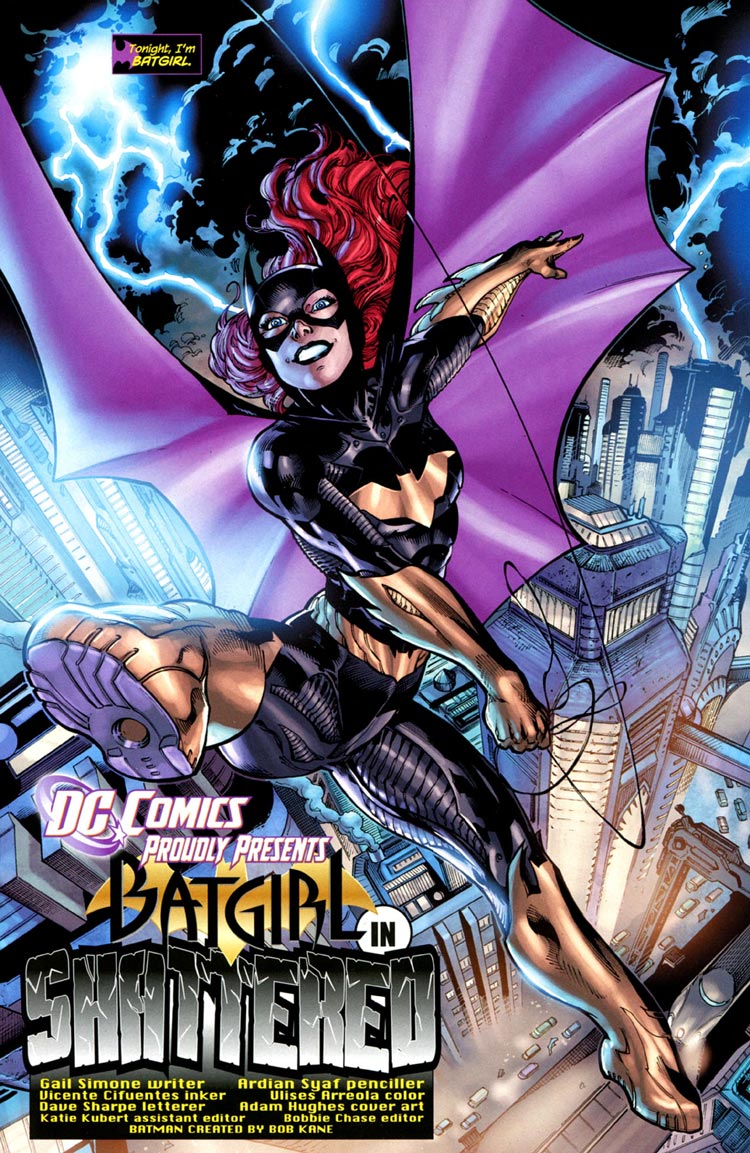 Controversial to be sure, but the return of Barbara Gordon to the classic black and yellow togs of Batgirl was a momentous occurrence for the New 52 — and Gail Simone certainly made the most of it. Digging deep into Barbara’s PTSD and survivor’s guilt over her recovery from paralysis, Batgirl took flight once again to inspire a new generation of those needing a hero to represent them. Dark and twisty with a distinct focus on social justice and the troubles of gentrification, Simone’s run on Batgirl took Barbara through the darkness, but still managed to bring one of the best new characters — Alysia Yeoh — into the light.

“Batgirl is a compelling title largely because Babs psychologically is a walking open wound. If Batman is a model of sublimation, repression, and control, Simone’s Batgirl is a case study in how strength and vulnerability can not only coexist, but reinforce each other.” 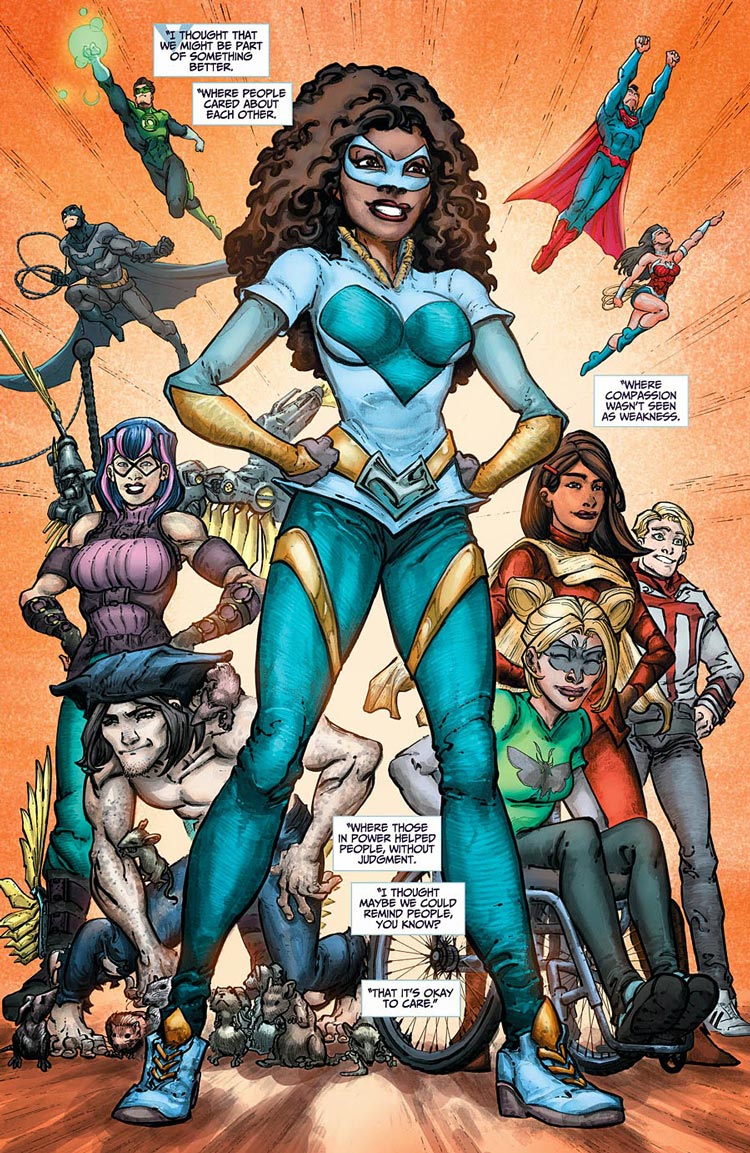 Not a direct spin-off of Gail Simone’s Batgirl, but more of a spiritual epilogue, The Movement introduced a slew of new heroes for an entirely new era of super-heroing. Inspired by the Occupy movement and bringing together heroes of all races and sexual orientations, the Movement was grossly underappreciated, but could easily have been a new (and certainly more relevant) version of the Teen Titans. With characters like Virtue, Burden, Vengeance Moth, Katharsis, Mouse, and Tremor — and a fun guest-starring arc featuring Batgirl — The Movement is a lost gem worth digging back into.

“It’s time for new heroes to stand up and be counted among the luminaries of the DC Universe, and the foundation Williams and Simone has laid gives these characters a fighting chance to be that new wave.”