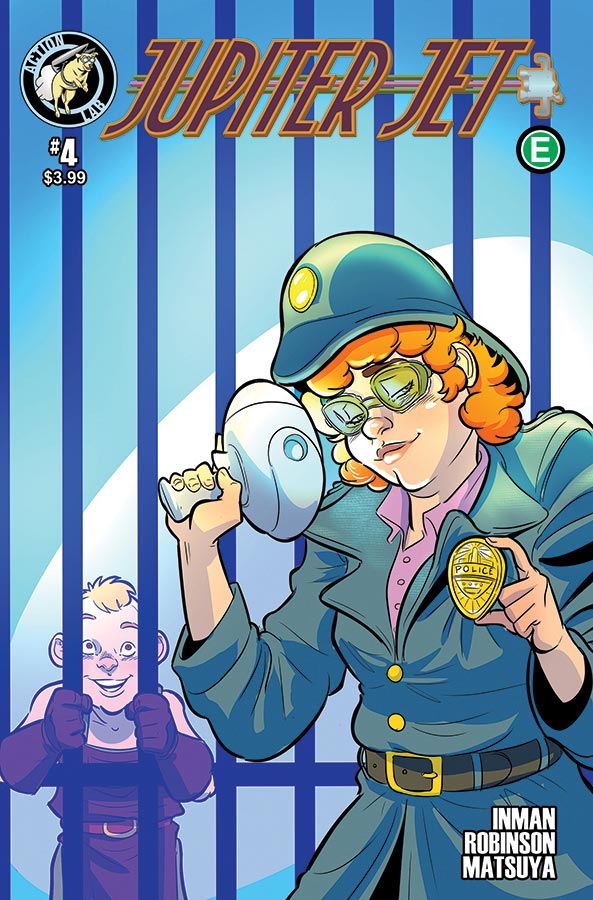 Hang on as we rocket back to yesteryear with Jupiter Jet issue #4! This issue was a blast as Jacky has started to become more comfortable with her Jupiter Jet person.  We continue our special behind the scenes look with creator Jason Inman as he discusses some of the exciting reveals from the latest issue.

Chris Campbell: How does it feel to make an appearance in your own comic book with your creative team? Jacky didn’t seem to like the likes of you.

Jason Inman: Ashley and I were always planning to feature our whole creative team somewhere in the book, and when we decided that Jacky had to head to the city jail, the stars aligned for our cameo. A big building that holds people, perfect! Plus, it’s always a cool experience to see yourself in a comic book.

I wouldn’t think too hard about Jacky’s opinion of us. She’s only sixteen, so I would imagine her opinion of criminals isn’t high.

CC: What can you tell us about Jacky’s new abilities with her suit? She uses a sonic attack on the Praetor?

JI: So Chuck and Neil have put some major upgrades into Jacky’s new suit, and the sonic attack that Jacky uses against Pluto is the first of many that we will see. The jet pack also now has a homing device that tracks Jacky’s helmet. Plus next issue, we’ll see that Chuck has added two tiny orbs that will follow Jacky on her flight path. And yes, they can be used for offensive capabilities! 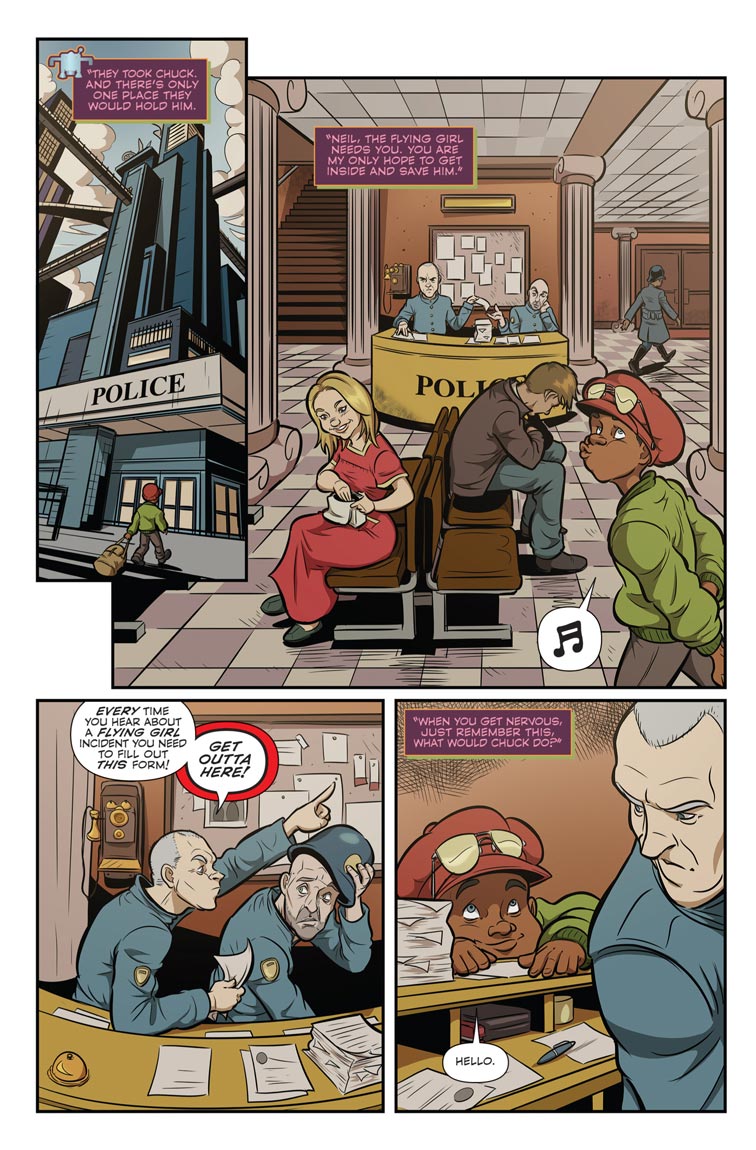 CC: What can you tell us about the Children of Gaia that Clara mentions?

JI: It’s one of the big secrets that lies in the foundation of the world of Jupiter Jet. The Children of Gaia are the resistance, and the “Origin of the Jetpack” backups have all been about showing us one of the adventures that Jacky’s mother and father had with them. This organization is way bigger than the readers have seen so far. But the question that you should be asking is “Why does this world need a resistance force?” Well, dear readers, you will learn the answer to that in issue five.

CC: What inspired the design of Jacky’s new look?

JI: A lot of that was from inside the head of our artist Ben Matsuya. He used elements of flight suits with some modern flair. We wanted it to evoke the look of her hodge-podge suit but be new at the same time. The design of her new helmet took the longest to design, and if you look in the back matter of issue, you can see my crude drawings that helped finalize the design. 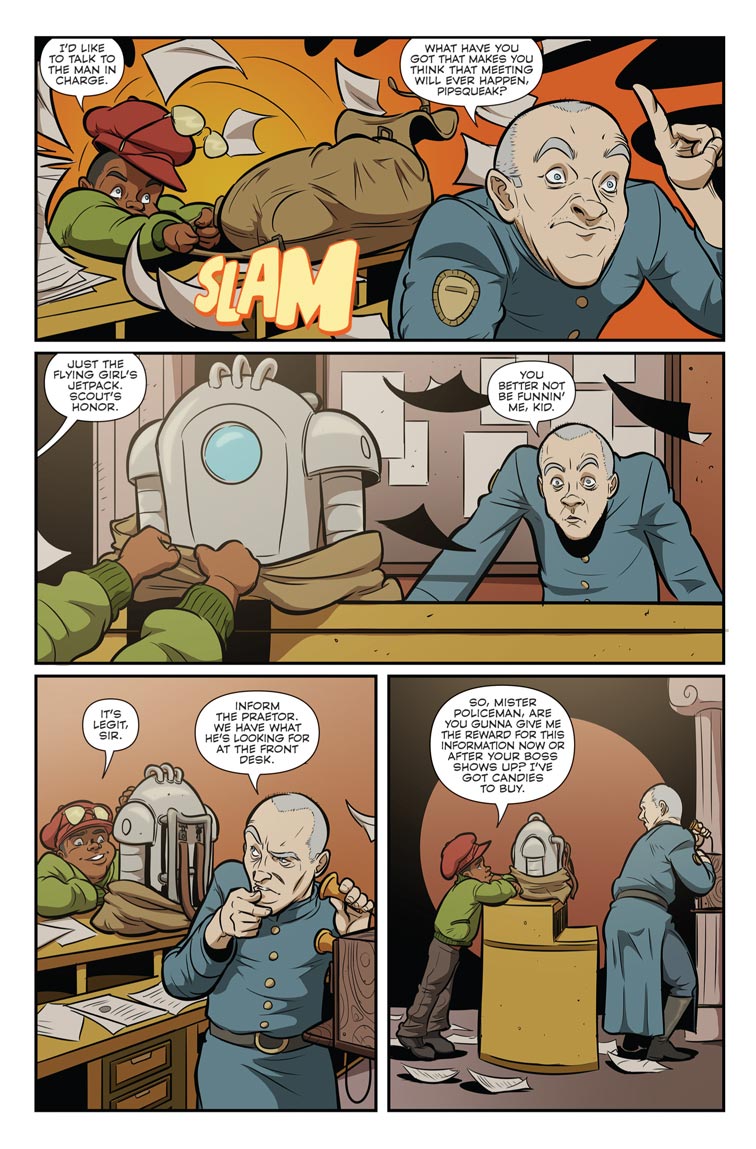 CC: We find out in the back story that there is a second jet pack? Is it still out there somewhere?

JI: Oh yes, this is one of the things that I have been dying for people to learn. THERE ARE TWO JETPACKS! The second jetpack is out there somewhere, and that’s the biggest mystery of Volume Two of Jupiter Jet. The clues are all in the backup.

Be sure to pick up the latest issue at your local comic book store and be on the lookout for the final issue of the first volume of Jupiter Jet in a few weeks.