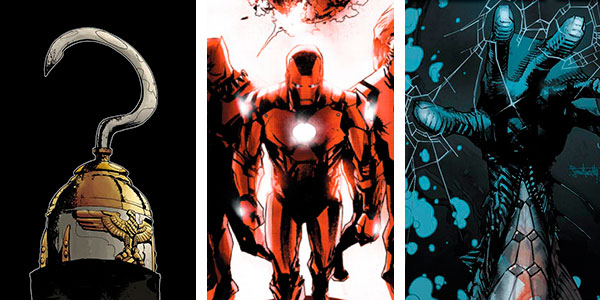 The year is winding to a close, which got us to thinking…what were the best comics of the year? The Comicosity staff has gathered and submitted their top picks of 2013, today being Best Series: 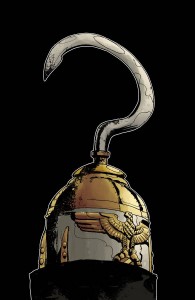 The second and third arcs of Peter Panzerfaust grew the links to the source material while moving into much higher stakes for Peter and the Lost Boys. Kurtis Wiebe and Tyler Jenkins have grown consistently as a team and the story keeps growing and maturing. Since they extended the run to 30 issues, I expect to see this book top my list in 2014 as well. 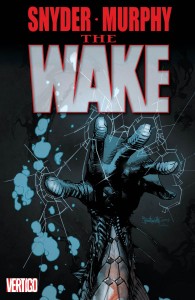 THE WAKE
By Scott Snyder and Sean Gordon Murphy

In the absence of American Vampire, Scott Snyder has crafted a detailed story that is broad in scope, steeped in mythology, and is able to gracefully blend horror and underwater sci-fi… and we still have five more issues to go! Artist Sean Murphy makes your jaw drop with his visceral style, panel composition, and some of the most terrifying use of negative space I’ve seen in a while.

Young Avengers was another one of the books that helped introduce me to the Marvel Universe, without relying on excessive continuity. As a fan of Kieron Gillen’s Kid Loki from Journey into Mystery, I knew I was going to read this book. I generally don’t like teenage superhero teams, though, so I thought I’d drop it after a few issues. Oh, how foolish I was. Gillen’s mastery of dialogue and McKelvie’s aforementioned beautiful character designs (not to mention the mind-shatteringly awesome layouts) combine to tell the perfect story of that awkward place right before adulthood where feelings feel more and limits are for other people. And they tell that story with superheroes. Matthew Wilson’s colors are unbelievable. Kate Bishop is there. And we meet America Chavez. For that privilege alone, readers owe Gillen and McKelvie their unending thanks.

2013 was a big year for Green Lantern fans. Geoff Johns finished his epic run that began with Green Lantern: Rebirth back in late 2004. The sheer amount of lore Johns added to enrich the GL mythos is staggering. And the final issue in his story vindicated all of us Sinestro fans who knew that the tale wasn’t really about Hal so much as it was really about Sinestro and his relationship with Hal. And then everything changed – we got new teams on all four Lantern books, each working closely to weave a powerful story from 4 very different places and perspectives. Then the FANTASTIC crossover event Lights Out. THAT is how you do a crossover. 5 issues, 5 weeks, bam done. Status quo changed. As we catch our breath, we look ahead and wonder.. what happens now? 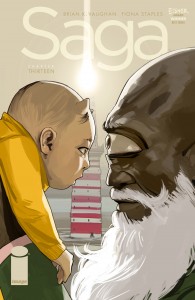 I love Saga, and I know I’m not alone. As a long time fan of BKV I was excited for his return to comics from the moment it was announced, and when the first issue hit in the Spring of 2012 all of my expectations were exceeded. The 8 issues of the series released last year led to it winning numerous awards and receiving numerous accolades whether they were year end lists or Eisner Awards. I’m happy that I can say that the 9 issues of Saga released this year were on par, if not better than last year’s critically acclaimed output. Brian K. Vaughn and Fiona Staples have created a world that I want to spend time in with characters I want to get to know.

Even in issues that are quieter than the others there is so much depth, character development, and world building that I’m constantly in awe. As we get to know the main characters, we get more comfortable with them to the point where reading about them playing a board game is highly entertaining. That is a difficult feat to pull off, and yet BKV and Staples do it with such ease. It didn’t hurt Saga that it also had hands down one of the great moments of the year between Sophie and Lying Cat in September’s issue 14 that was so touching and so wonderful that even the most hardened readers had to have felt the emotion. Saga is both beautifully written and illustrated by an amazing creative team who are at the top of their craft. If the past 17 issues have been any indication, I can honestly say that as long as this book is being published there’s a good chance it ends up in this very spot year after year. 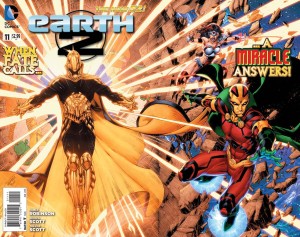 This is how you relaunch a super-hero universe and let it grow. The inhabitants of Earth 2 have it rough, sure. They’ve stared evil in the face and have more of it to come. But the real beauty is that each character within this book, large or small, is interesting and so well-developed that you can just imagine the sheer number of hours it took Robinson and company to develop every single one. The world is diverse without feeling forced, different enough from the main DC universe to keep it fresh, and tightly wound enough that it’s easy to jump in a catch up. And every month feels like something substantial — some shock or twisty turn — develops, and very few super-hero books on the stand today can say that. Mysteries abound and readers are on the edge of their seats waiting for the next issue. Every. Single. Time. That’s a winner, baby.

The new volume of New Avengers started in January and, by Hickman’s hand, this comic has never been stronger. Epting started the series off with exceptional art and the extremely high quality work was continued by Mike Deodato. What Hickman has done with these characters is amazing, taking these “big brains” of the Marvel Universe down paths of questionable morality and posing more questions than he could ever answer in a single arc. This is the “big concept” book of the Marvel stable and there is no better fit to write it than the extraordinary Hickman. His planning is on full display as New Avengers drove toward Infinity and steam rolled through it, stronger for being in the event than it was before. That isn’t always how it goes for books tied heavily into an event, but it was the case for the exceptional New Avengers. A stellar first year under the reign of Hickman.