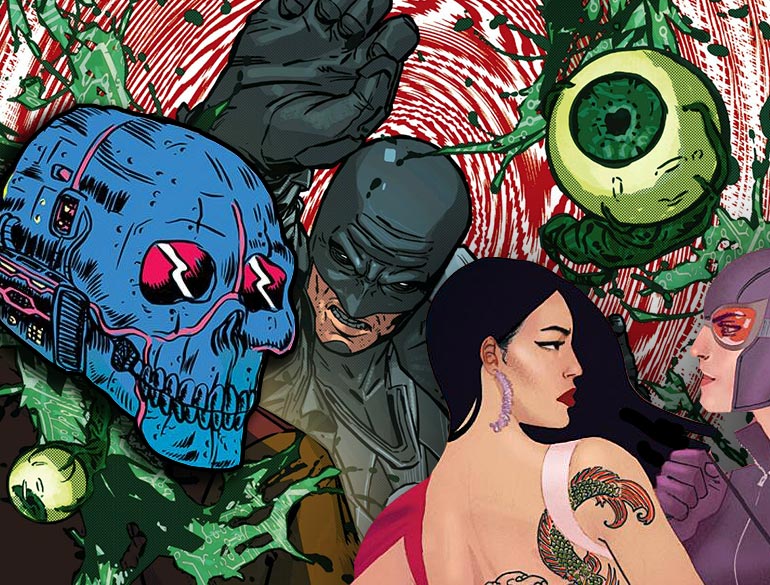 The year is winding to a close, which got us to thinking… what were the best comics of the year? The Comicosity staff has gathered and submitted their top picks of 2015, today being Best Artist: 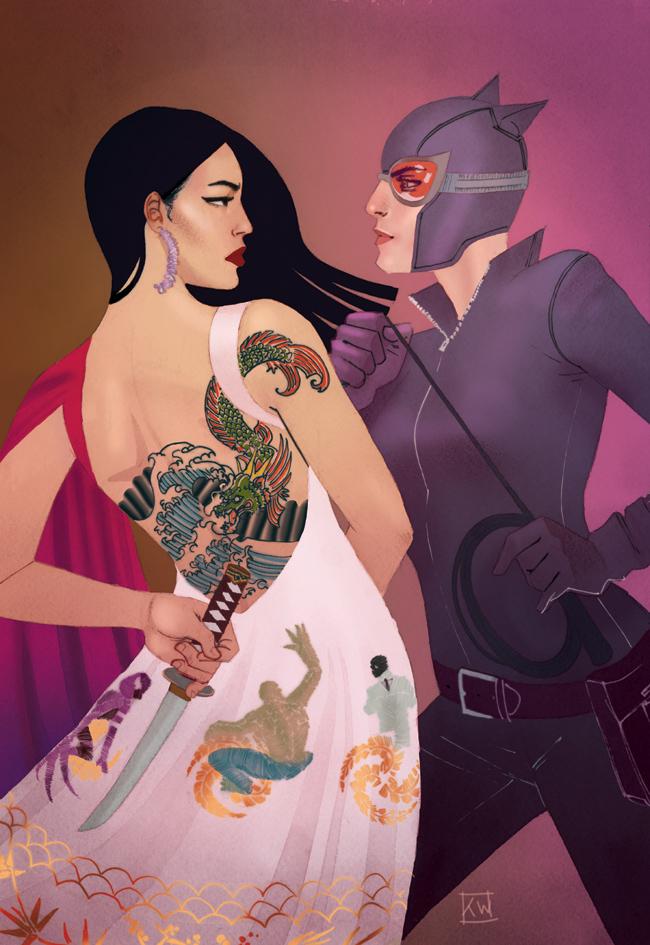 Kevin Wada doesn’t do interiors, but I don’t care. His worst covers are still worthy of being framed and hung on the wall of your foyer. After wrapping his iconic run on She-Hulk over at Marvel, he brought his considerable gifts to DC Comics, taking over on Catwoman from none other than Jae Lee. Genevieve Valentine’s story was marvelous, but Wada’s sense of style and talent for powerful poses set up each issue with a bang. Wada’s variants are highly sought after, as are his fashionized hero commissions, for a very good reason – weather a watercolor or an ink wash, every piece he does captures the essence of a character, while inevitably adding some modern swagger or fun sex appeal. May 2016 bring us the hardcover collection of Kevin Wada art we all deserve. 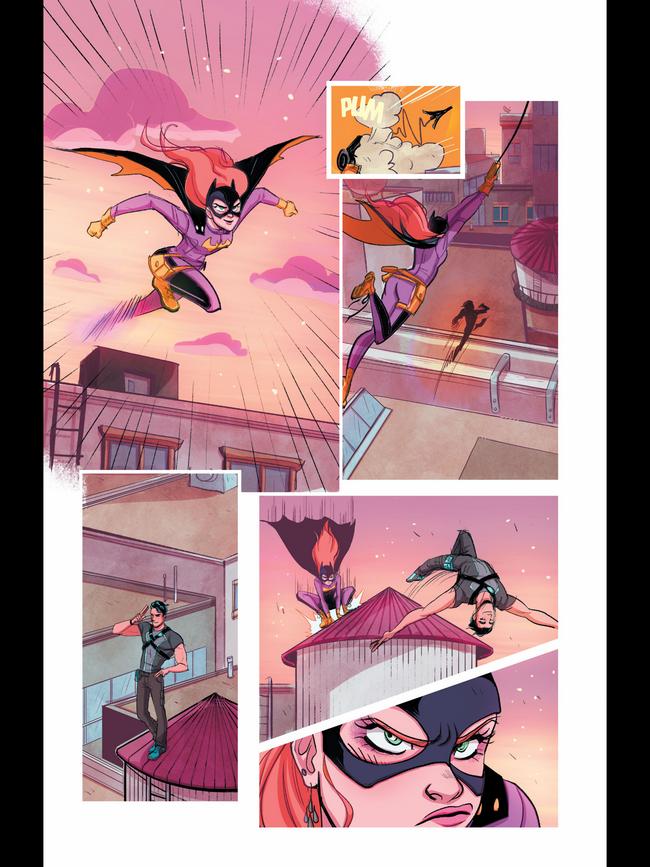 Babs Tarr’s work on Batgirl and the numerous variant covers she had produced in 2015 has been incredible. Especially when considering the fact that, prior to Batgirl, she had zero previous experience in working sequentially.

Personally, I can’t actually look at anything Babs draws without getting big hearts for eyes and to be completely honest, I don’t even know if it’s possible. I am forever in a state of misery knowing that I will never be as cute or cool as the ladies Babs creates but that doesn’t stop me putting on my yellow DM’s and trying.

Okay, I couldn’t choose. Bear with me. 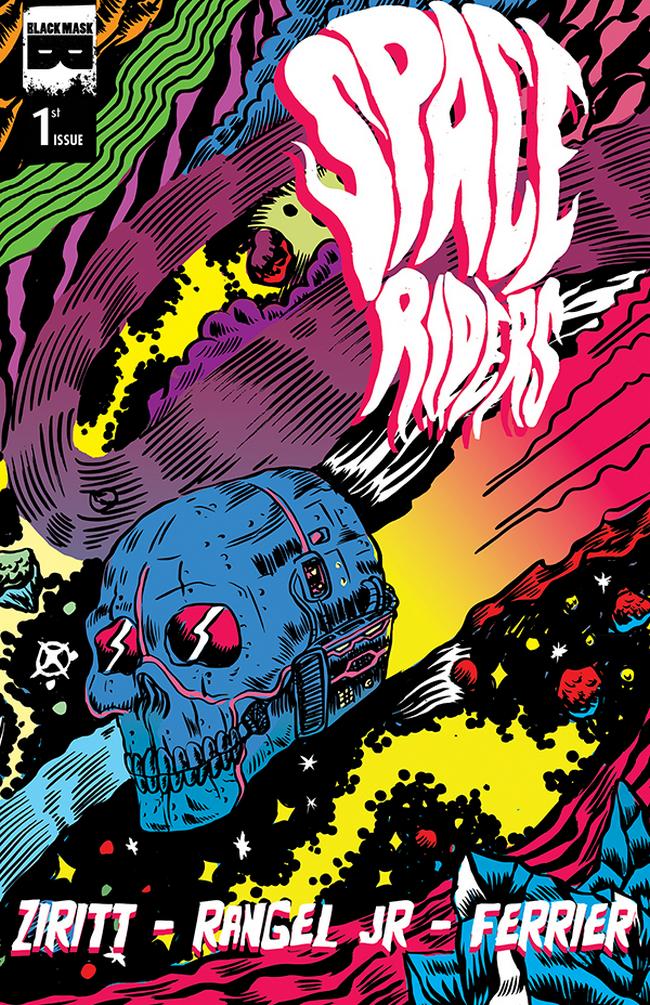 Alexis Ziritt single-handedly brought to my attention what my new favorite art-style would be. With his incredible display of aesthetic attention in Space Riders (written by Fabian Rangel Jr.), I quickly became a fan of his thick inks, psychadelic colors, and out-of-this-world creativity. Once I discovered Ziritt’s madness, I quickly found my way to other artists that are incredible in creating visually stunning landscapes and depicting crazy action. I’d love to see what’s next for Ziritt. I’m ready to absorb any crazy action he can throw our way. 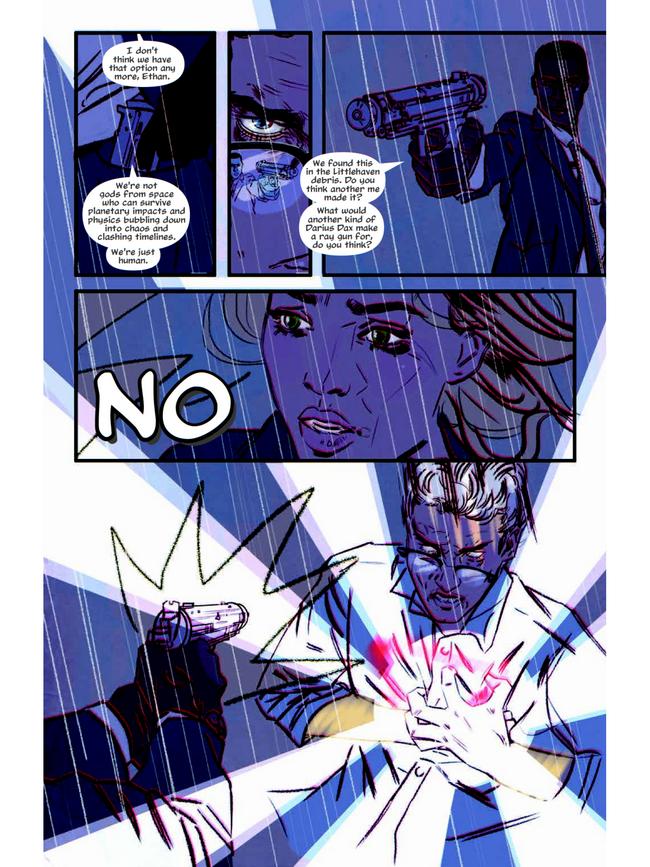 Tula Lotay is unbelievably skilled. Her art graces the cover of many series, and it’s hard to resist the urge to buy comics for series I don’t read for the cover alone (okay, I can’t always resist). Her work on Warren Ellis’ Supreme: Blue Rose put her on my radar, and I’ve been socking it all up since then. Her style is mesmerizing. What she does with color and linework builds a dream-like quality to her art, and I’m continually enraptured. I’m anxiously awaiting her presence on another ongoing series, but I’ll take what I can get with covers. 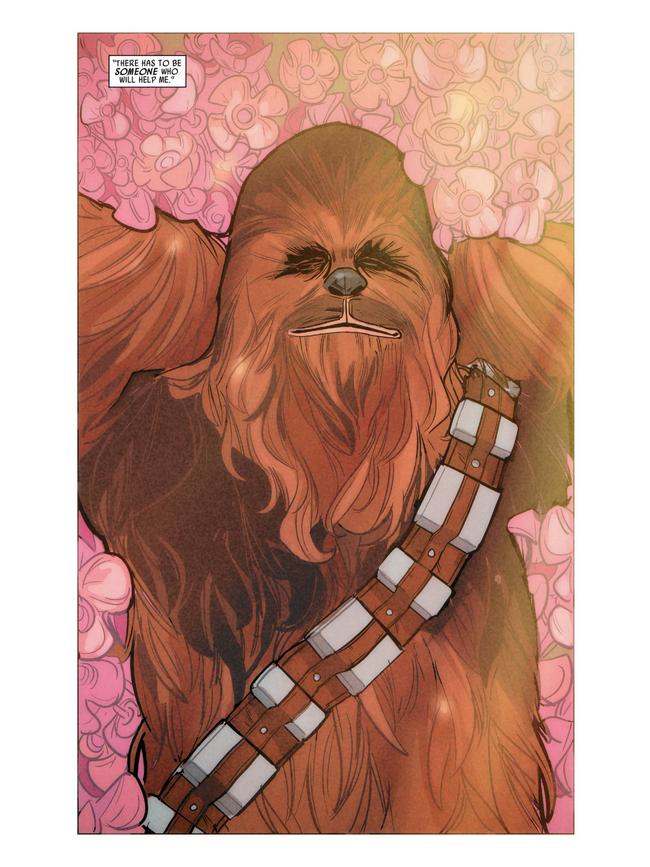 In a time of revolving door creative teams, it was a rare treat to have Phil Noto on every issue of Black Widow. He is a one-man art show doing every step including colour. Jumping from Widow to Chewbacca shows the range Noto can play with. Noto also turned in an impressive variety of covers over the past year including many for the variant-hungry Star Wars fans. 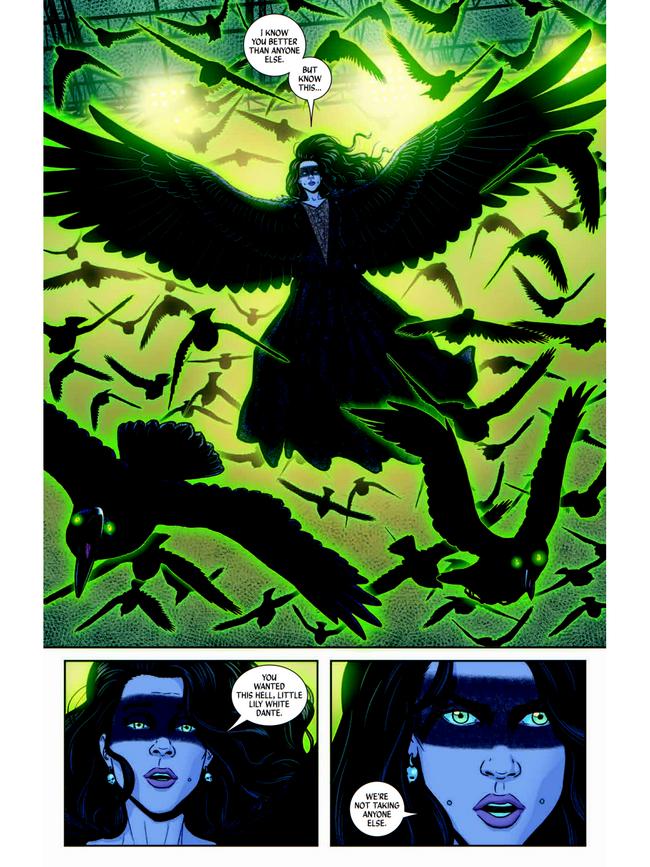 The Wicked + The Divine, Phonogram

Jamie McKelvie has such a uniquely beautiful aesthetic and put it on full display on the massively popular The Wicked + The Divine. This year McKelvie ups the ante by showing that his aesthetic in a slightly different light with his return to Phonogram. Both of these comic book series showcased his talent at an unequivocal and uninhibited level and left me often times drooling in awe over the pages. His ability to interestingly conceive character designs with an incredible amount of attention to minutia and detail is something that other artists should aspire towards. McKelvie’s able to deliver personality, style, and charisma (or lack of) in his renditions that is so integral in comic books that it needs to be realized. 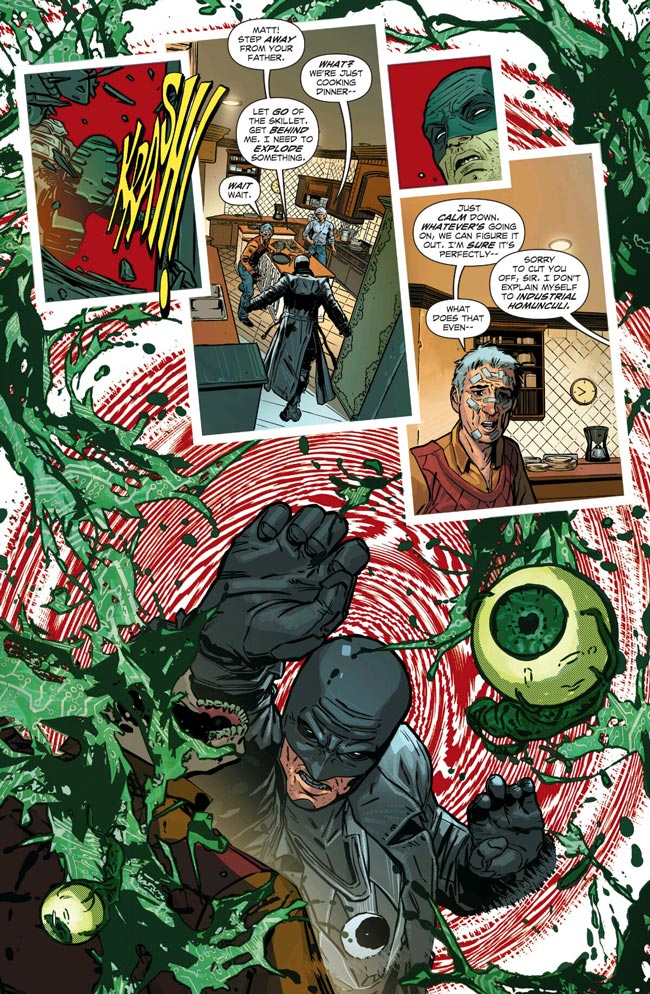 No artist this year was in higher demand for my attention than ACO. Every issue of Midnighter that bore his name got me revved up like never before, because not only can the artist handle action scenes like a master, but he has an amazing affinity for making the most intimate moments between characters feel real and full of sexual tension. And the detail! If there is a Quentin Tarantino film equivalent in comic book form, it’s Midnighter. From X-rays to contact moments of a thrown punch, to the exhale after a kiss, ACO packs an enormous amount of EVERYTHING on the page, each bit more glourious than the last. 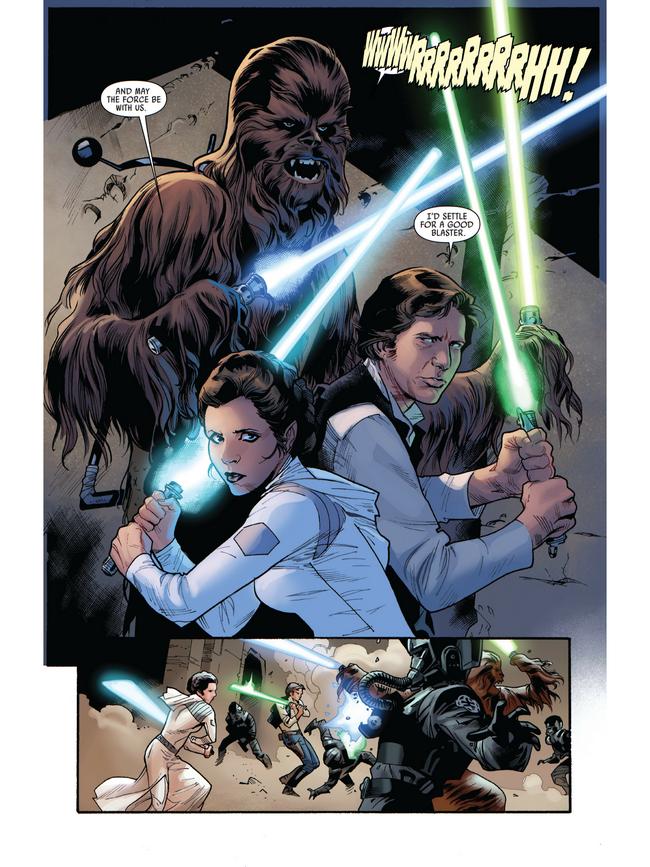 Stuart Immonen….you break my eyes on a monthly basis and your work made me cry in the summer. When I see the name “Immonen” on a comic I know it is an instant must-buy because Kathryn is a great writer and Stuart….Stuart is a master. He gave readers amazing visuals to transition the Captain America mantle from Steve Rogers to Sam Wilson, making the new role for Wilson immediately feel iconic, then he pulled on my heartstrings with an amazing OGN and then blew minds with amazing space battles and character work in the main Star Wars series. He’s one of those A-list artists that not only puts out amazing work, but he actually does it on time and that’s just a crazy added bonus. His work is, quite simply, unparalleled and 2015 was another amazing year for Mr. Immonen.