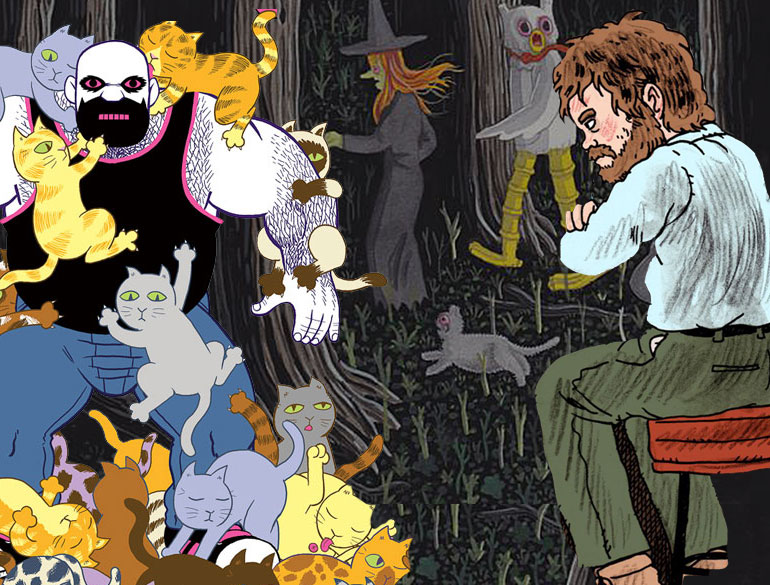 Ever wonder what you’re missing? From every corner of the globe, comics were intensely awesome this year, and here are ten of the best and brightest books I came across on my adventures in 2015: 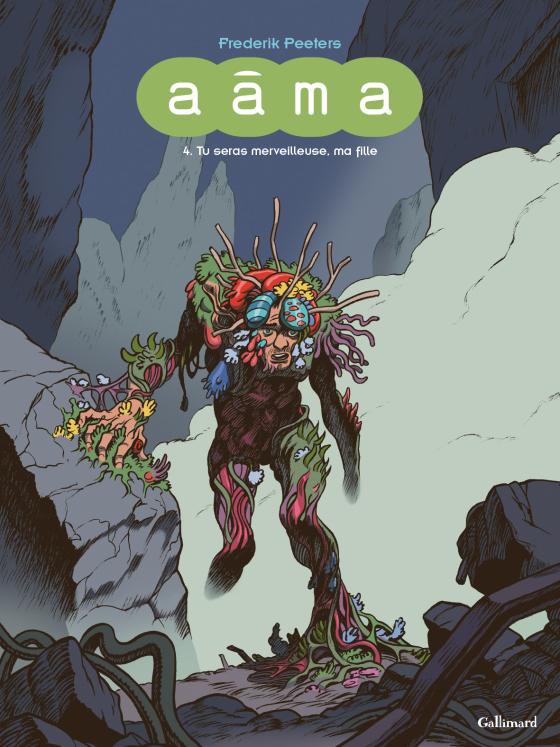 Verloc Nim and his brother, Conrad, depart on an expedition to recover the mysterious substance aama, which has transformed the environment of a distant planet. As they progress through a world that is both hostile and amazing, the mystery begins to unravel—but the truth about aama remains unknown, and reality begins to waver.

Next level gorgeous sci-fi. I love everything about it. I can’t stress how thought-provoking, compelling, and damn gorgeous this series is. Peeters has created a book that incorporates sci-fi/action elements with a beautiful father and daughter story. Just great. 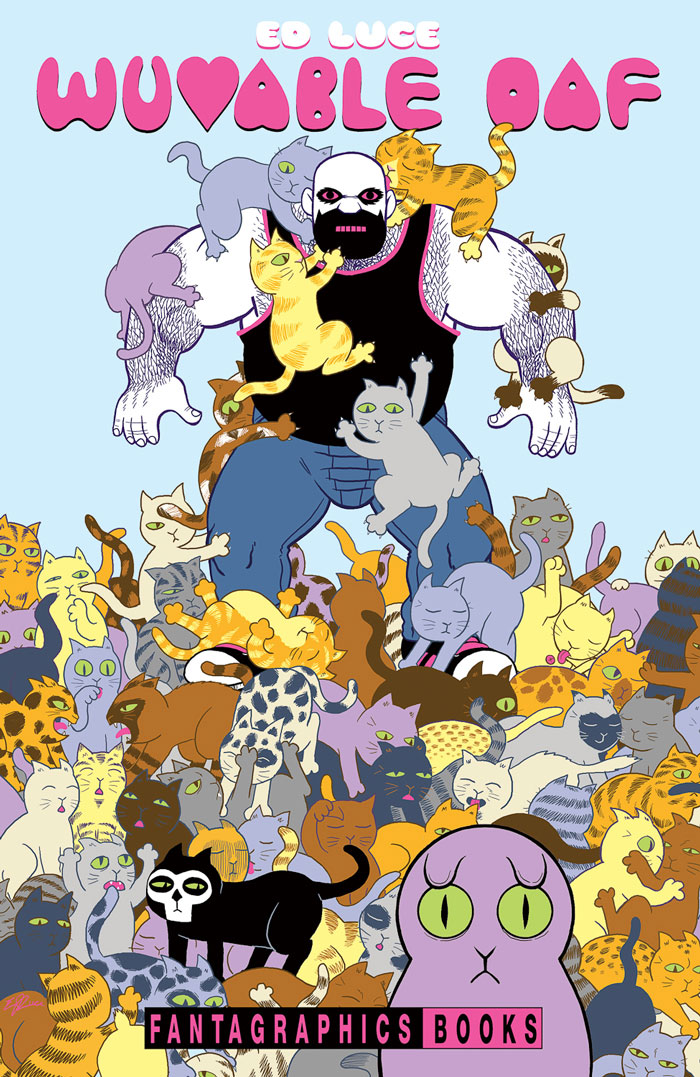 Oaf is a large, hirsute, scary-looking ex-wrestler who lives in San Francisco with his adorable kitties and listens to a lot of Morrissey. The book follows Oaf ’s search for love in the big city, especially his pursuit of Eiffel, the lead singer of the black metal/queercore/ progressive disco grindcore band Ejaculoid. Luce weaves between the friends, associates, enemies, ex-lovers and pasts of both men into the story of their courtship.

The hair! It’s just funny. And perfectly drawn. And hits all the right notes of a comic about metal gay dudes. And cats. 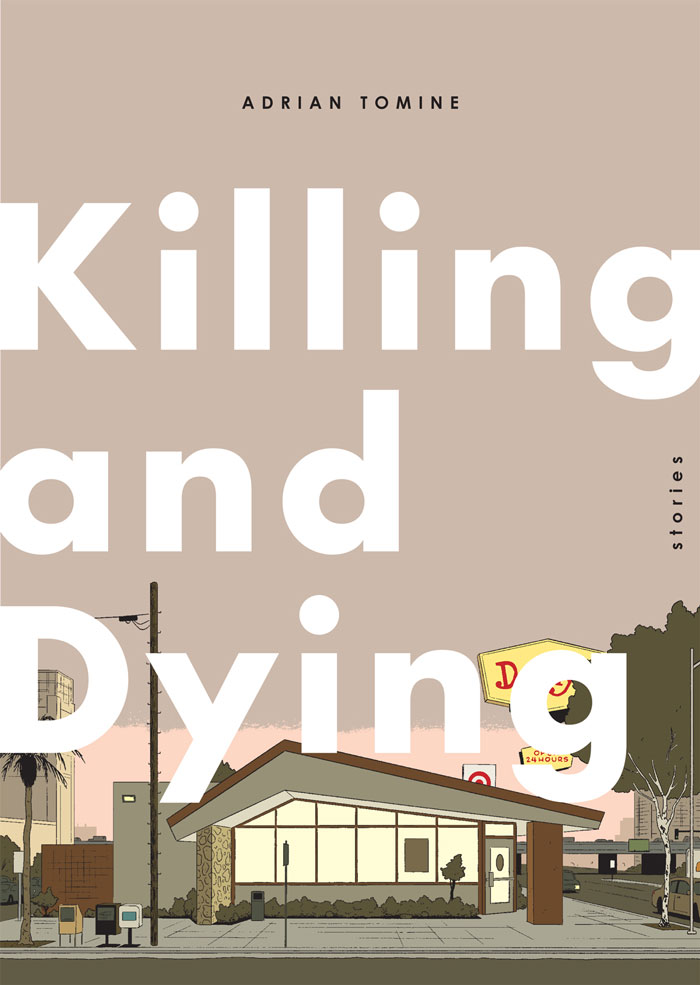 Created by Adrian Tomine
Published by Drawn and Quarterly

Killing and Dying is a stunning showcase of the possibilities of the graphic novel medium and a wry exploration of loss, creative ambition, identity, and family dynamics. “Amber Sweet” shows the disastrous impact of mistaken identity in a hyper-connected world; “A Brief History of the Art Form Known as Hortisculpture” details the invention and destruction of a vital new art form in short comic strips; “Translated, from the Japanese” is a lush, full-color display of storytelling through still images; the title story, “Killing and Dying”, centers on parenthood, mortality, and stand-up comedy. In six interconnected, darkly funny stories, Tomine forms a quietly moving portrait of contemporary life.

Everything I love from a Tomine story. His perspective on seemingly mundane life in Killing and Dying makes for laugh-out-loud and poignant moments throughout. 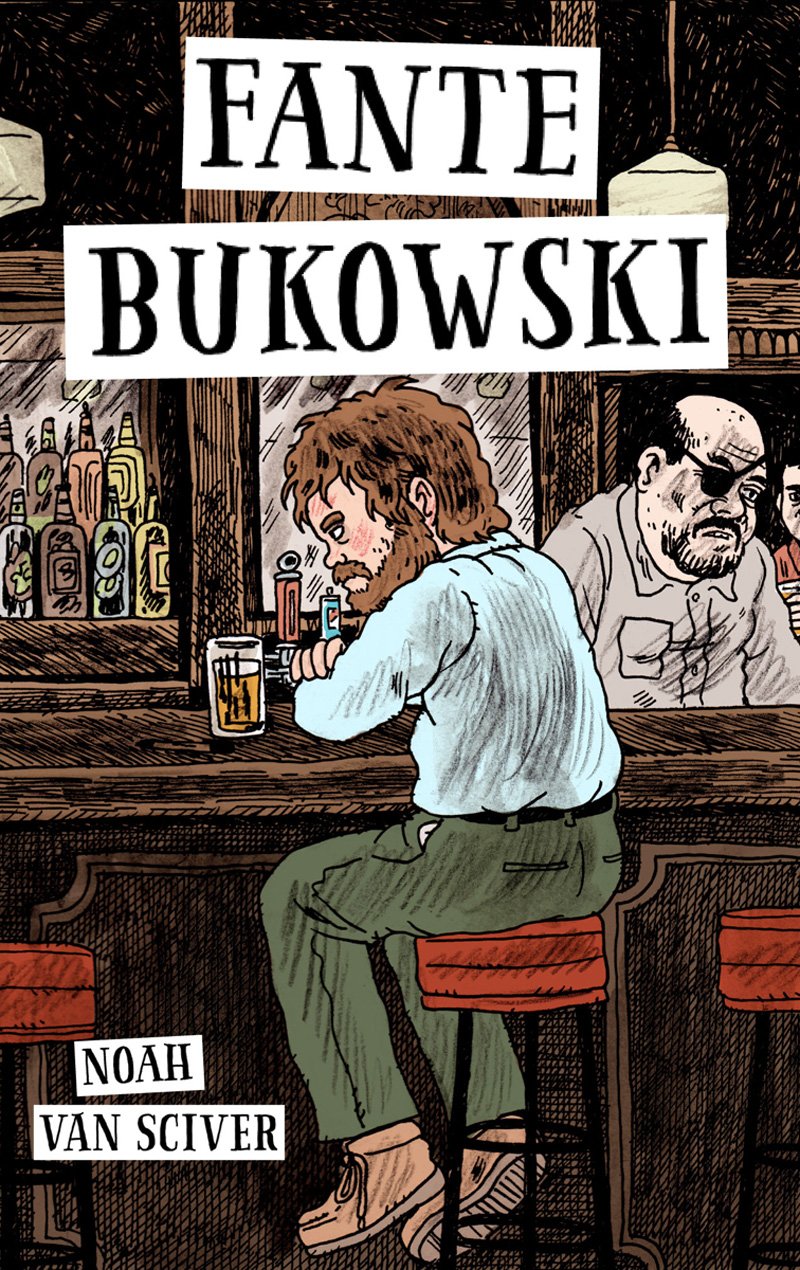 Noah Van Sciver’s latest graphic novella drops in on the life of the self-styled, aspiring young writer, Fante Bukowski, as he delusively makes his way to literary fame and fortune, one drink at a time. Living in a cheap hotel, consorting with the debased and downtrodden, searching for that golden idea that will rocket him to the success he yearns for as the great American novelist, and to get respect from his father once and for all. But, there’s just one problem: Fante Bukowski has no talent for writing.

Hit me in the right ways. Fante Bukowski is a bit more absurd than Killing & Dying but also tackles the sadness of life with humor and a touch of satire. 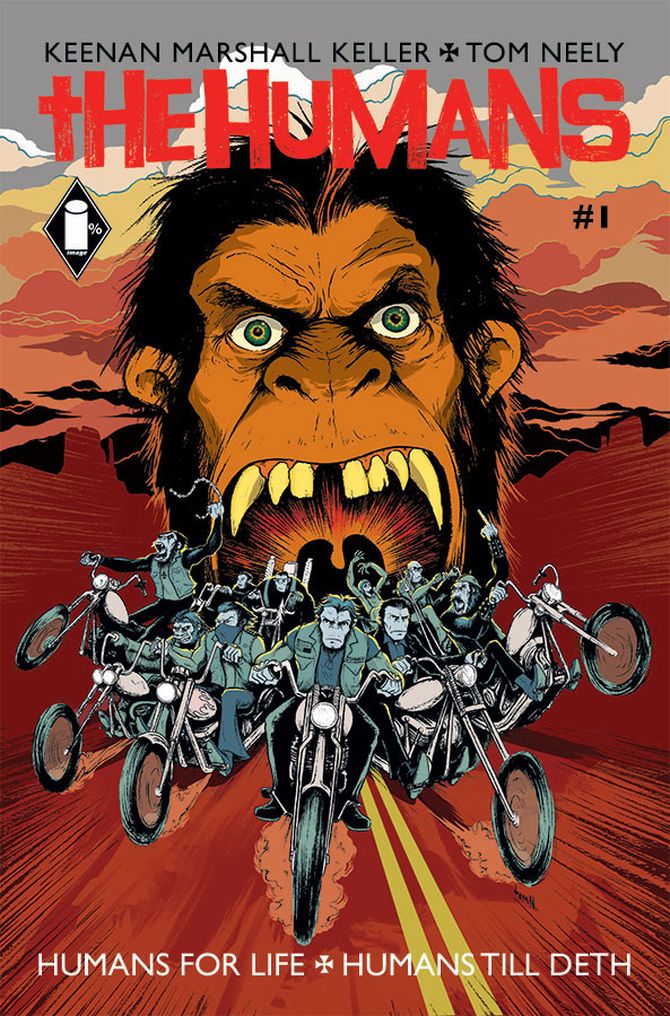 Meet The Humans as they mourn the loss of a fallen brother only to have Johnny, a long-thought-dead member, return to the fold! Johnny struggles to find himself now that he is back home as he fights the flashbacks from the jungles of Vietnam. Meanwhile, the gang is cooking up a new drug called SPAZM and a scheme to drop on the market. It all culminates at Abe’s compound with a Skin-fight (like cock-fighting but with Homo Sapiens slaves), and the Humans team up with The Mad F*****s to organize a massive drug-run to Los Angeles. Ride with us for a far-out trip full of gang rumbles, skin-fights, loads of psychedelic drugs, bad-ass biker apes, hot biker mamas, and awesome choppers in the endless party that is the life of The Humans as they fight, f**k, and fly down the road to oblivion! Join our crew! Ride with The Humans today!

Just a roaring good time. Delight to read. A “kickass” book, no bones about it. The frenetic art & story really bring the characters and setting to life. 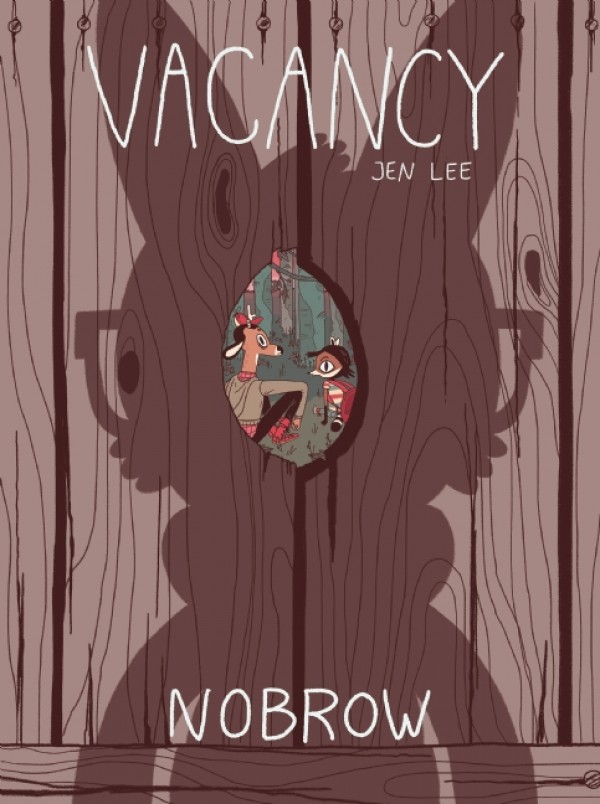 In a disheveled and ransacked backyard, a dog named Simon has been forgotten by his owners. Simon breaks free and partners with a raccoon and a deer who take him into the woods. But Simon realizes he is not quite ready to live in the wild. And in the abandoned areas of the town strange things begin to happen. . . .”Vacancy” explores the ways that animals think; how they internalize their changing environment and express their thoughts, fears, or excitement.

Don’t miss this gorgeous one-shot. Vacancy is a f’in gorgeous (no, really, f’in gorgeous) one-shot about exploration and discovering new things. A joy to read. 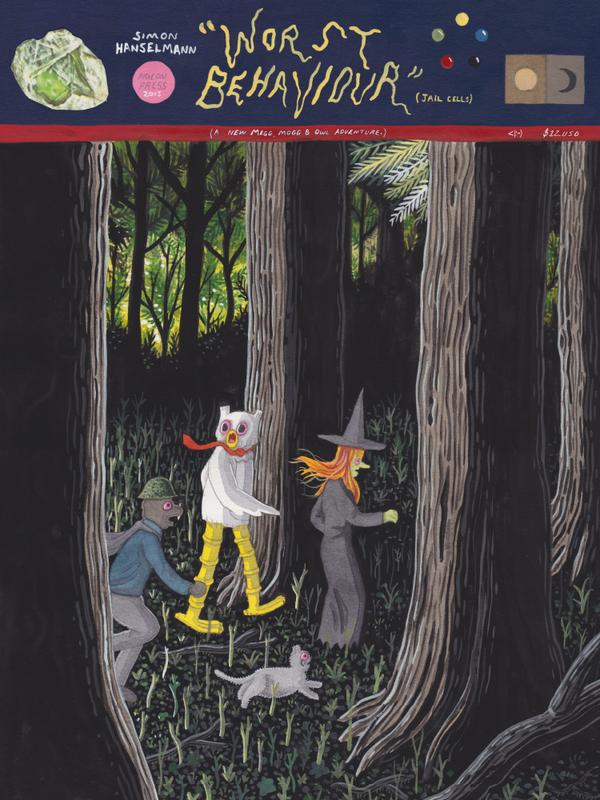 A brand new book from Simon Hanselmann, the cartoonist behind The New York Times best-selling graphic novel, Megahex! Worst Behaviour is an all-new, book-length story featuring Megg, Mogg, and Owl in their longest comics adventure yet!

I could read Megg stories forever. Worst Behavior is like my adult Beavis & Butt-head. A bunch of losers that find truth, somehow, somewhere. 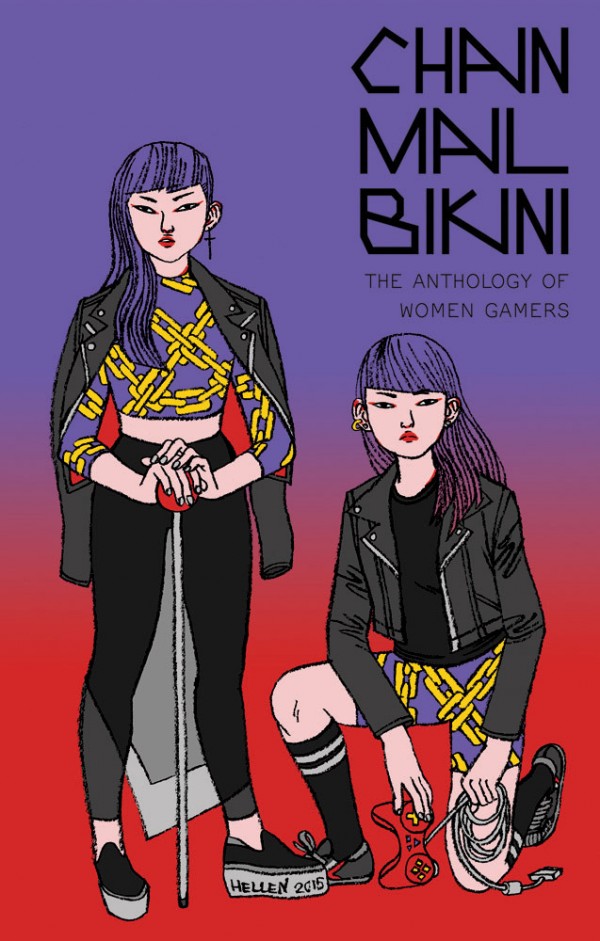 Chainmail Bikini is an anthology of comics by and about female gamers! Forty cartoonists have contributed comics about the games they’re passionate about—from video games to tabletop role-playing to collectible card games. The comics in Chainmail Bikini explore the real-life impact of entering a fantasy world, and how games can connect us with each other and teach us about ourselves. Alliances are forged, dice get rolled, and dragons get slain! Chainmail Bikini shows that while women are not always the target market for gaming, they are a vital and thoroughly engaged part of it, and are eager to express their personal take as players, makers, and critics of games. 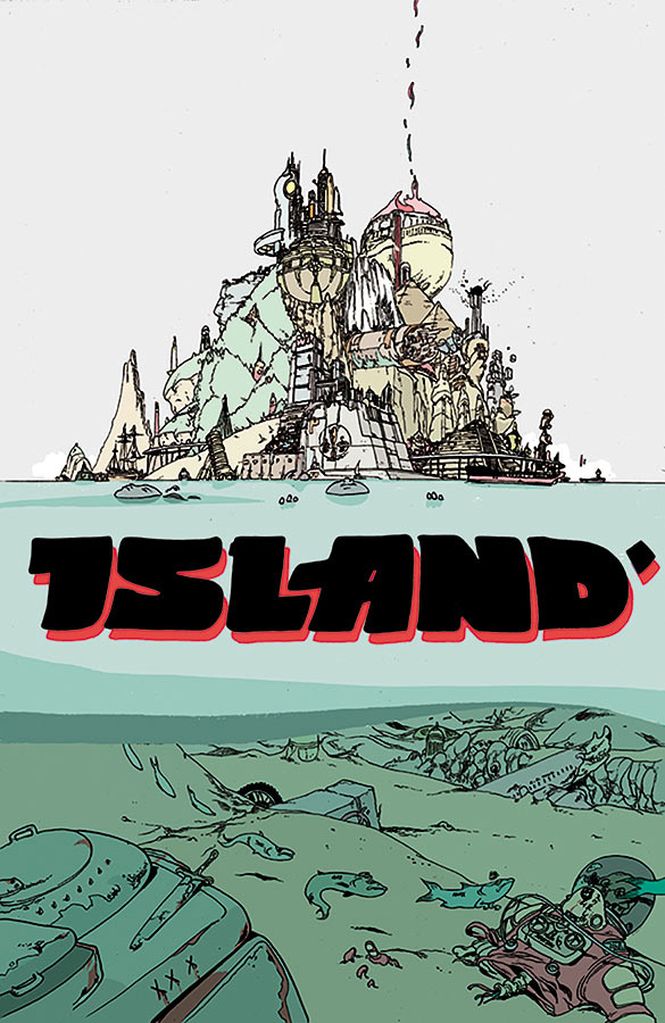 I love the format, some amazing stories, can’t wait for more. Island is what I want to see in the future of comics — lots of cool new stories from cool new people, in one place. 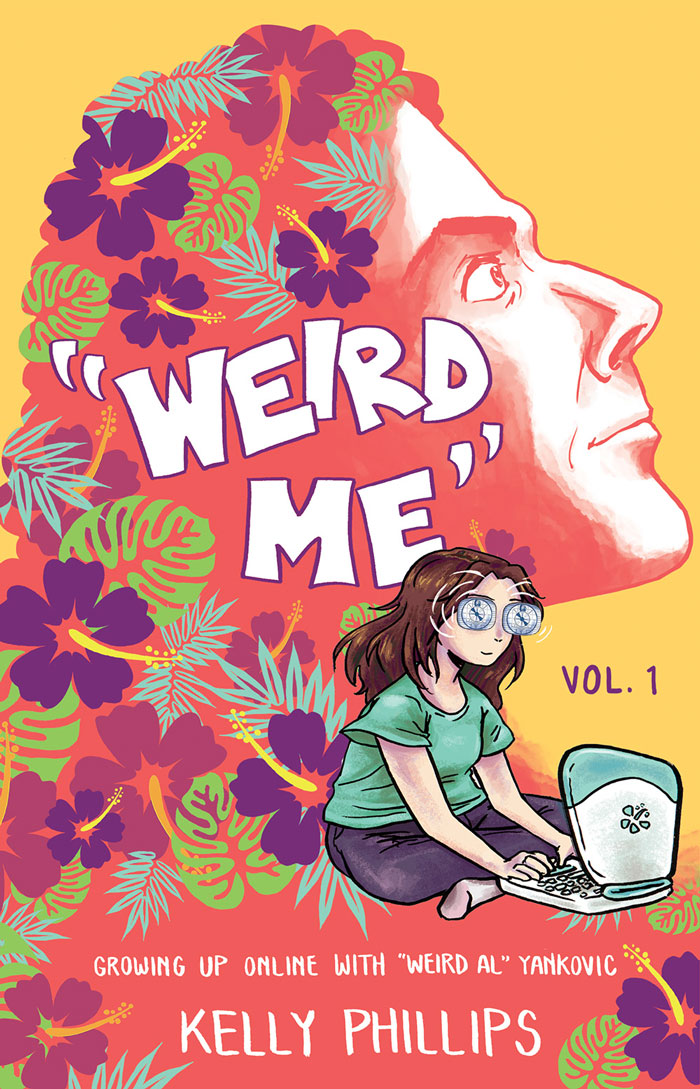 This was such a damn fun story about fandom, great art, great person. Weird Me is a story of Weird Al fandom, but it could apply to any fan. A compelling look at what it means to love something.