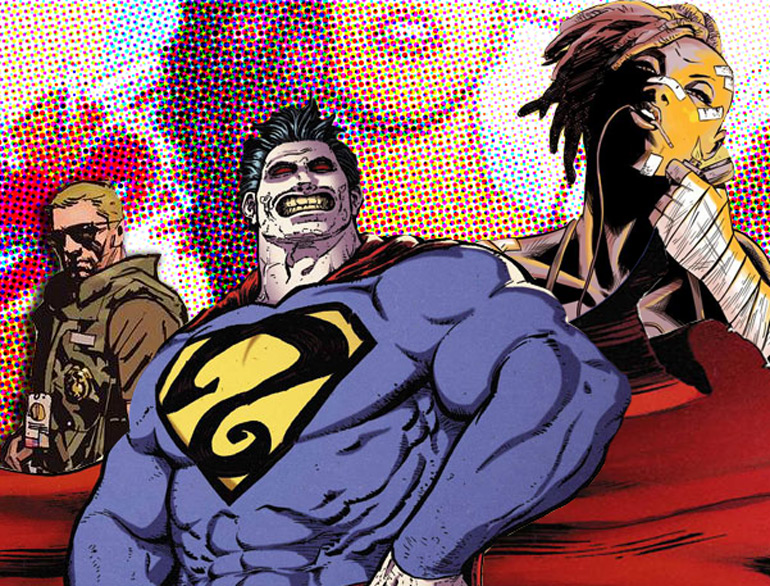 The year is winding to a close, which got us to thinking…what were the best comics of the year? The Comicosity staff has gathered and submitted their top picks of 2015, today being Best Single Issue: 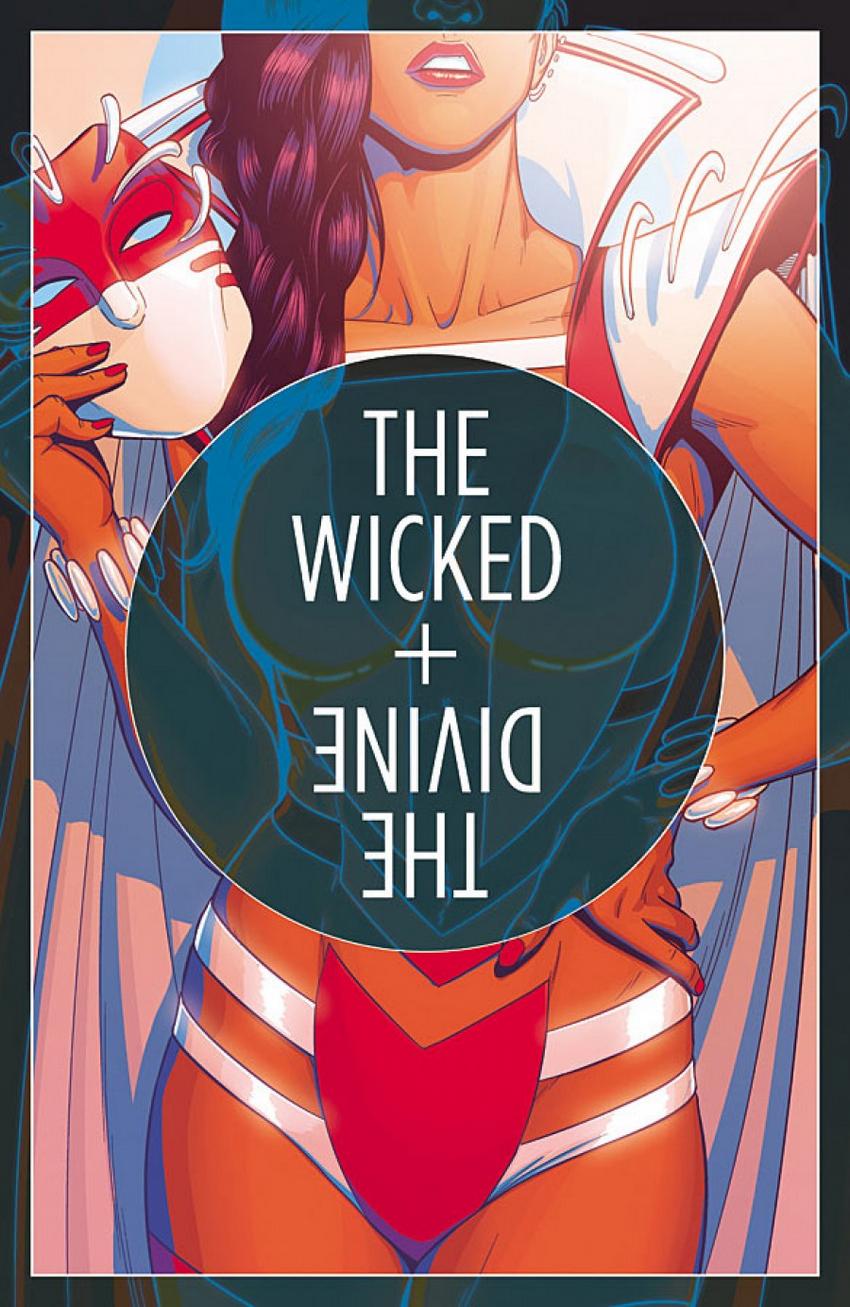 After 12 issues of snarky comments and 11 other gods, we finally meet the mysterious 12th member of the Pantheon, Tara. This issue was heartbreaking to a degree that most readers weren’t prepared for. Told in the form of a letter from Tara, we experience the world through her eyes from her childhood to the present, and what we see is hideous. Kieron Gillen tells a story of the daily misogyny and torment Tara endures because of her appearance, going so far as to compose a double-page splash of horrific abusive tweets based on the messages his real-world friends have received. It’s a story about basic human decency, a story about assumptions, and it makes the readers uncomfortably complicit in Tara’s torment. Tula Lotay is the only artist who could have rendered Tara’s pain and beauty with appropriate care. Even Ananke looks more sinister. The ending of the issue is one of the most shocking in the series, and for this book, that’s saying something. This issue stayed with me for weeks – it’s still with me, and it will probably still be with me 6 months from now.

Runner-Up: I got nothing. The Tara issue obliterated everything else. 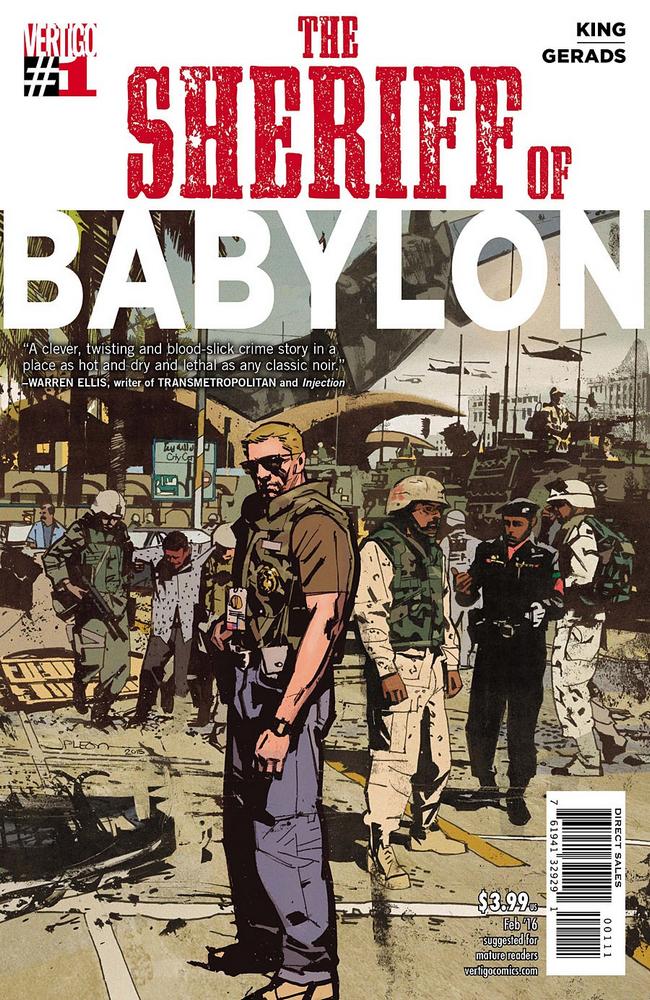 The Sheriff Of Babylon #1

Tom King, and Mitch Gerads’ Iraqi War thriller has only been on the stands for a few weeks, and the second issue isn’t due out until 2016. It’s not often that an issue from a brand new series launches in December to become my favorite issue of the year. Not every issue is The Sheriff Of Babylon #1 though. Former CIA operative Tom King, and today’s premiere war artist Mitch Gerads teamed up for a first issue that was absolutely stunning. It was original, intruiging, brutal, harrowing, and captured Iraq after the fall of Baghdad in a way I’ve never seen before. After the imprint released several great books over the past few months, King and Gerads put the final stamp on the return to relevance for Vertigo, and 2016 couldn’t be brighter. 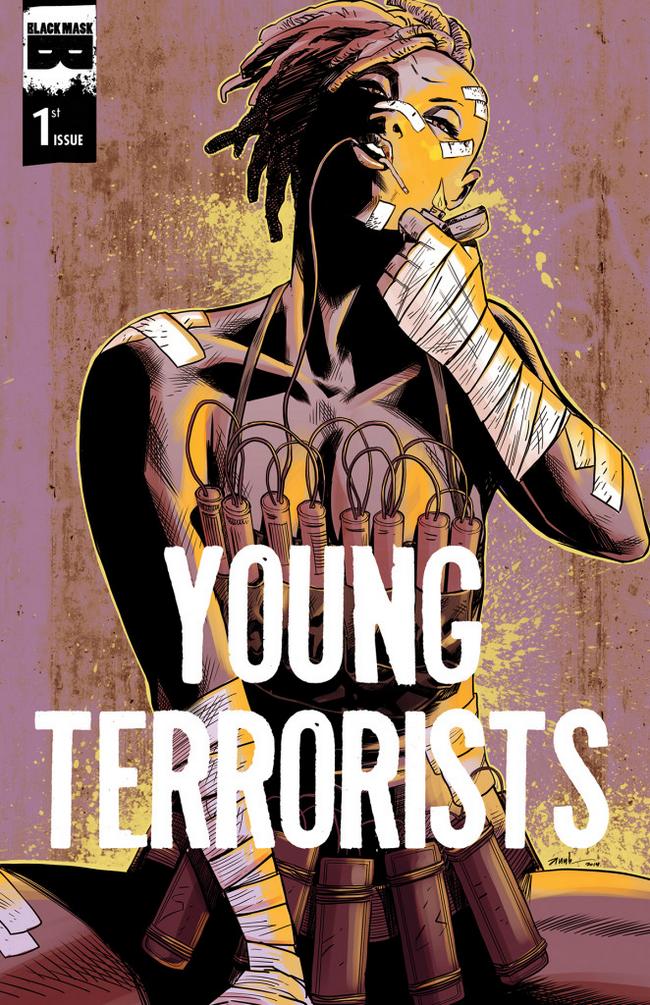 This kind of isn’t fair, considering that this issue is almost the size of a normal trade paperback. But holy crap, was this a whopper of a first issue. This had everything a girl could ask for: brutal fight scenes, emotional train-wrecks, powerful female characters, and a compelling story. Amancay Nahuelpan is a true force to be reckoned with in this issue, providing non-stop beautiful artwork and crazy character designs. Matt Pizzolo has crafter an incredible tale here, bringing together corners of the Black Mask line-up to create a really exciting new shared universe. Bring the pain. 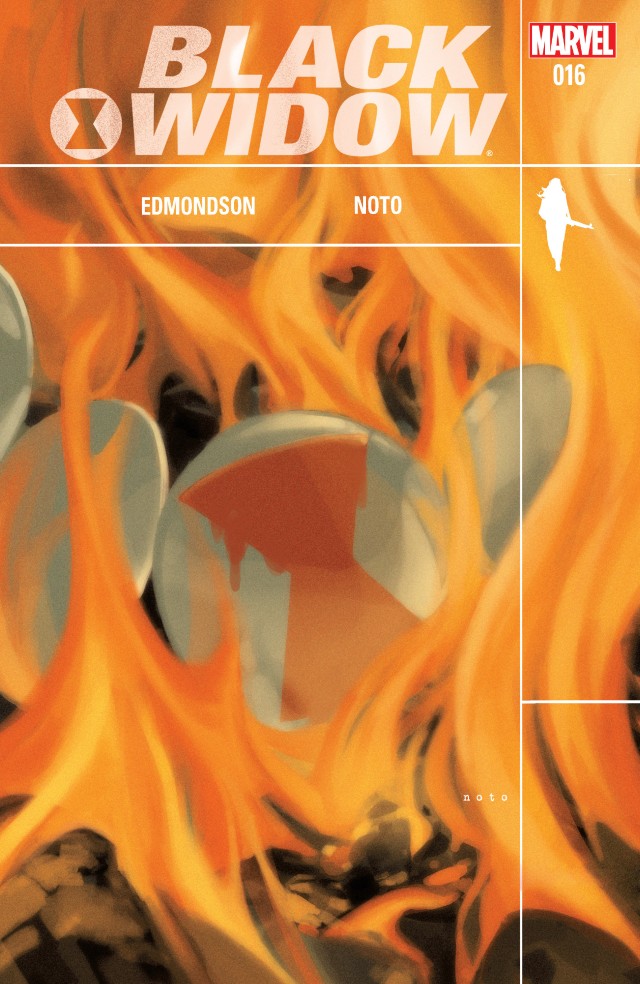 In the midst of the larger arc of the series, Natasha remembers an adventure from her youth that put her on the path she still struggles with. Natasha and her friend Marina have escaped the Red Room into the frozen Russian streets, and Natasha grows up far too quickly as she sees the cold, controlling, destructive impact of power over beauty. 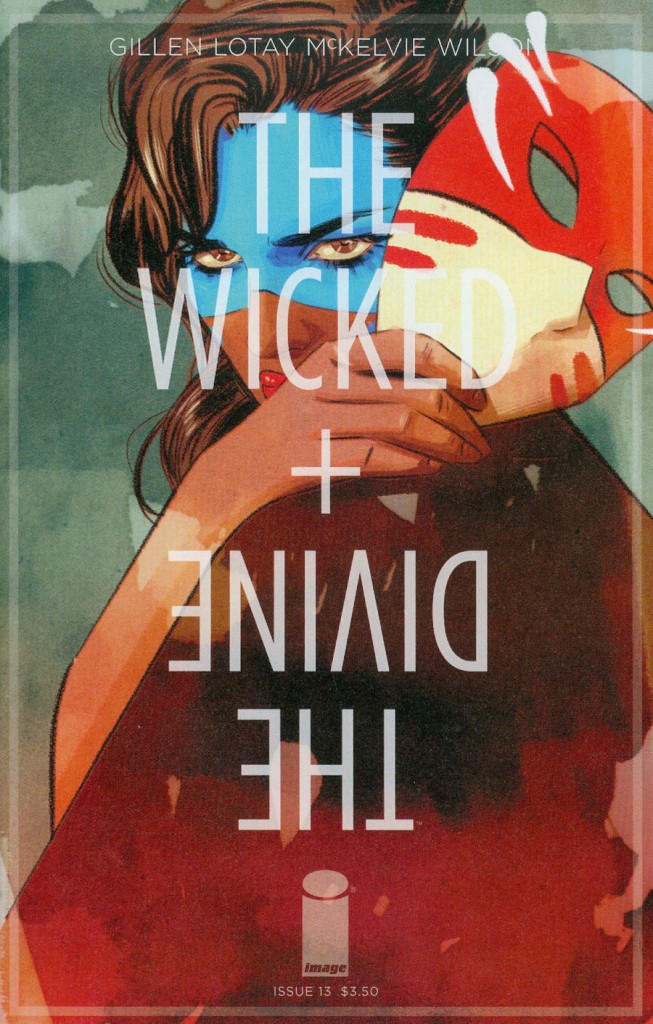 Just when you thought this creative team couldn’t push comics any further, this issue drops and it makes you re-evaluate the power that medium has to affect people. The amount of sympathy, sadness, and emotion completely seized me. Couple that with the stunning aesthetics of Tula Lotay on this issue and you have the must-read issue of the year. 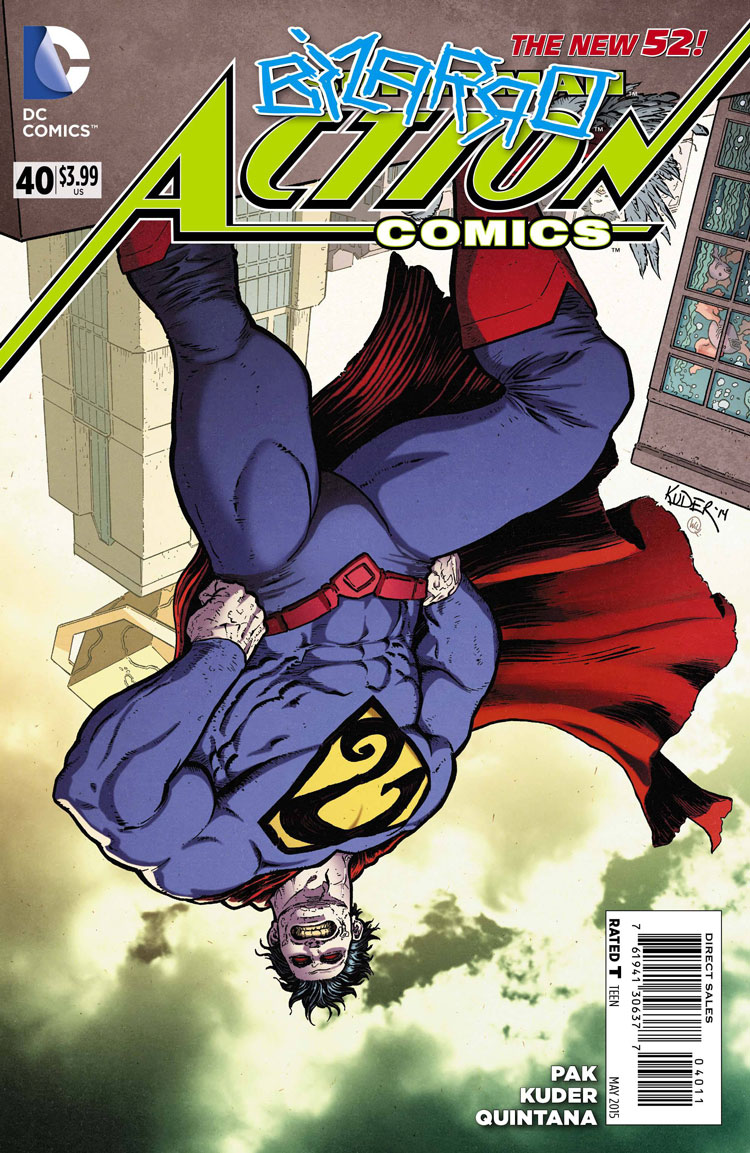 There were A LOT of great comics this year, but most of them told a story that built upon itself over time and multiple issues, if not arcs. And to be honest, the done-in-one story is something of a lost art in comics today. So, leave it to Bizarro to turn that trend upside down and give us one of the most delightful stories of the year. Pak and Kuder brought back EVERYTHING I loved about Bizarro as a child, and this single issue became something I will treasure for a long time as a result. 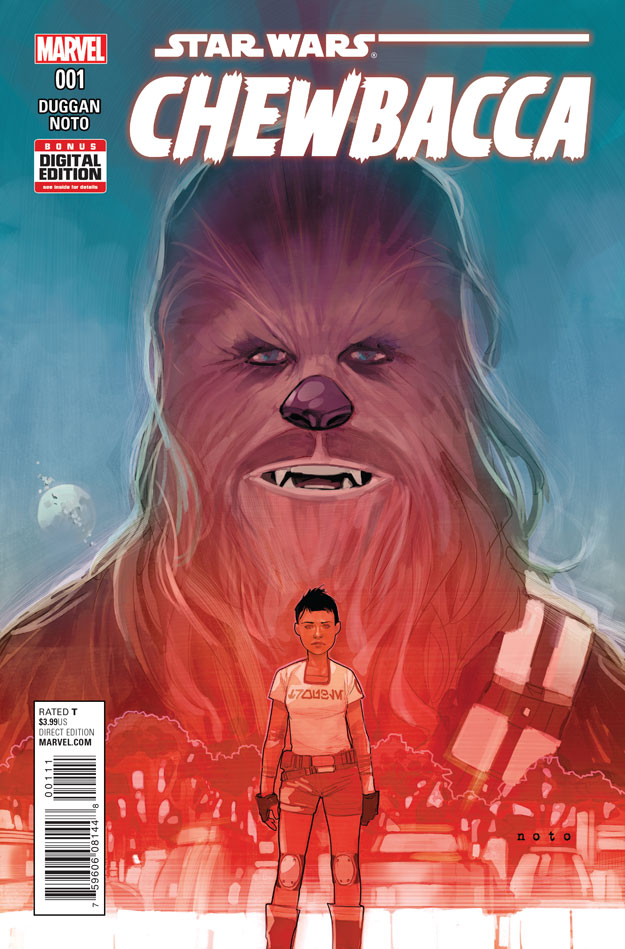 I’ll admit this is a bit of an unorthodox choice, perhaps, as this comic isn’t the typical issue of the year people may expect. Often, we look for comics dealing in current events or poetic discussions of reality but when thinking of my favourite comic this year I found myself coming back to this issue, the comic that made me smile more than any other this year. The first issue of this mini-series is a perfect representation of this iconic character and not a single other comic made me as happy as Duggan and Noto’s tale of the mighty Chewbacca. I’ve always had a soft spot for good ol’ Chewie, as I can only assume most people have, but this comic actually made me love this character more. Chewbacca #1 is everything I love about comics, and I loved every page of it.