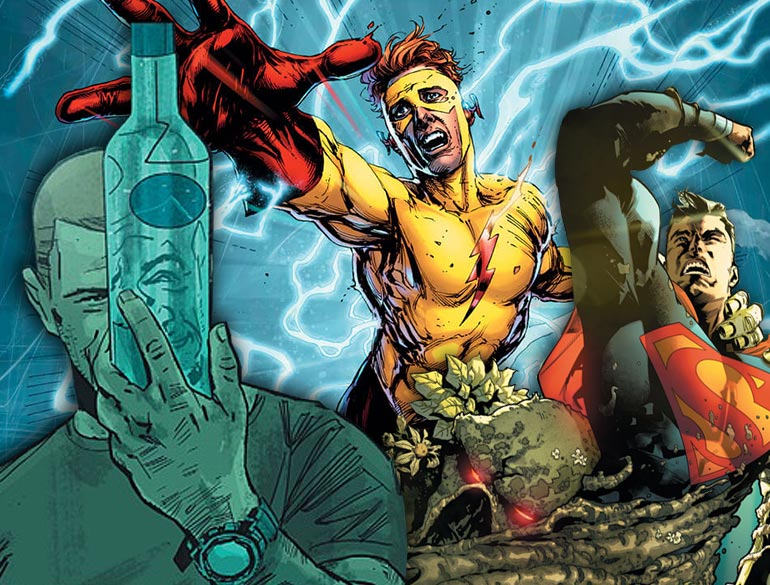 The year is winding to a close, which got us to thinking… what were the best comics of the year? The Comicosity staff has gathered and submitted their top picks of 2016, today being Best Single Issue: 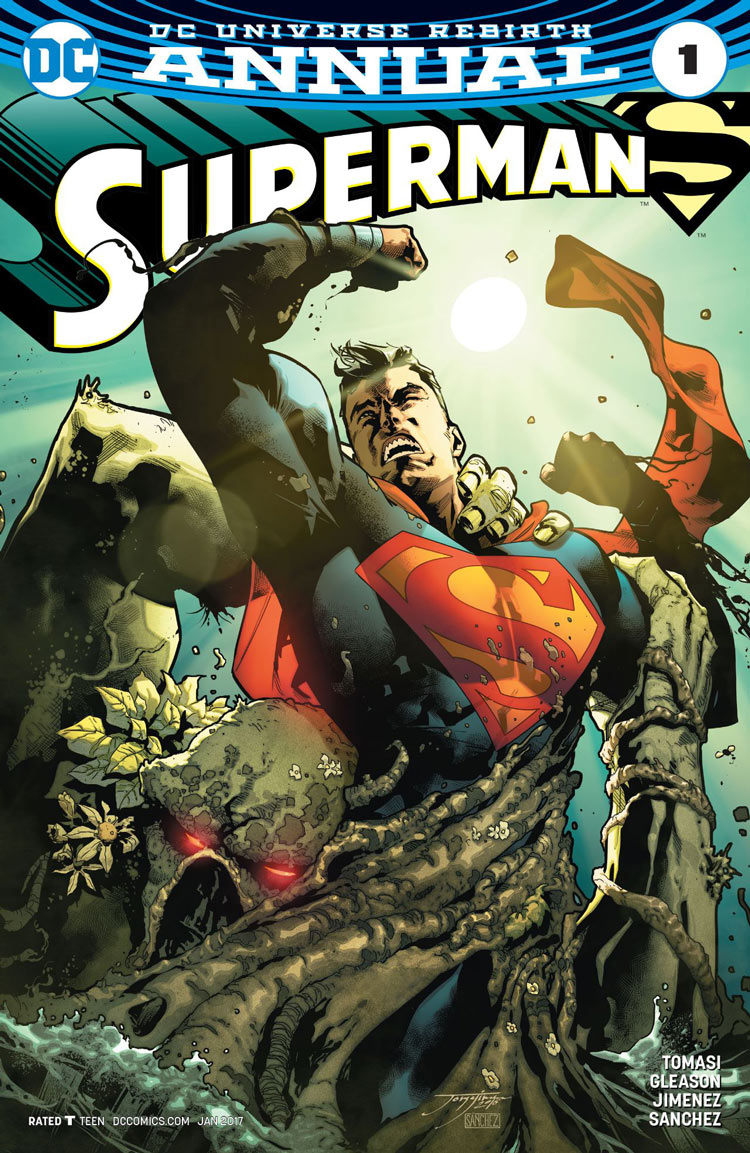 I thought long and hard about this, and I chose this issue because it’s the perfect crossroads for a  series and also manages to capture the optimistic and emotional spirit of Superman post-Rebirth. The conflict between Clark and Holland is not one borne out of a hackneyed fight. This story is a roadmark in how to proceed within the DCU and what Clark means to his family and the universe, as well as a long-needed return to his roots, even if he is from a different world. 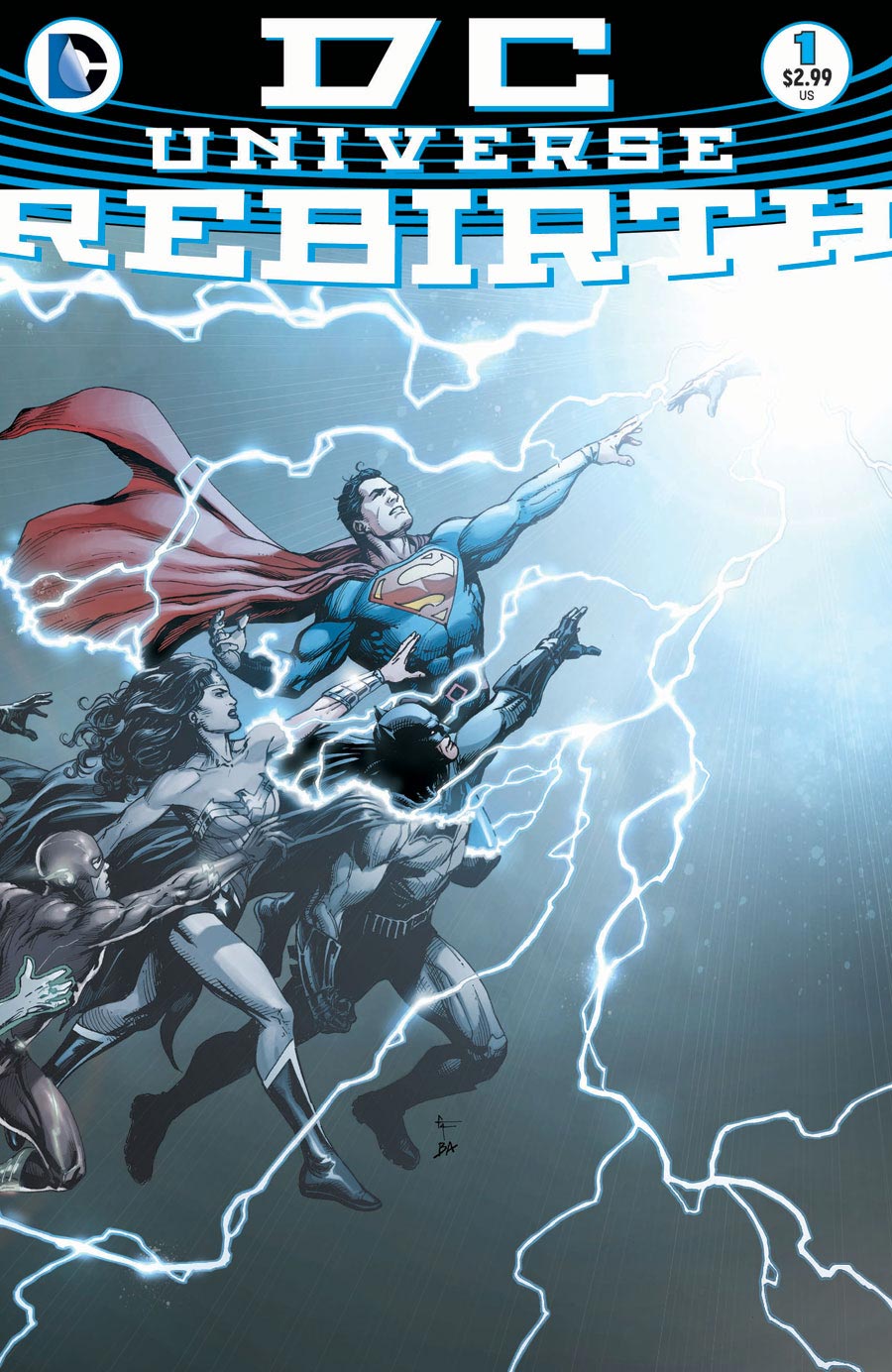 After the ups and downs and controversy of the New 52, Geoff Johns turns that continuity on its head with the most shocking DC comic of our generation. A bit of a rebuke of the New 52, Rebirth launched a new golden age for DC while not throwing the continuity that had been started in the fall of 2011. Johns sets up the new status quo for the DC universe with many hints as to what is coming down the road, not the least of which is the return of the Legion of Super-heroes and the incorporation of … can we say it yet? Still feels like a spoiler. Really, go read it if you haven’t. 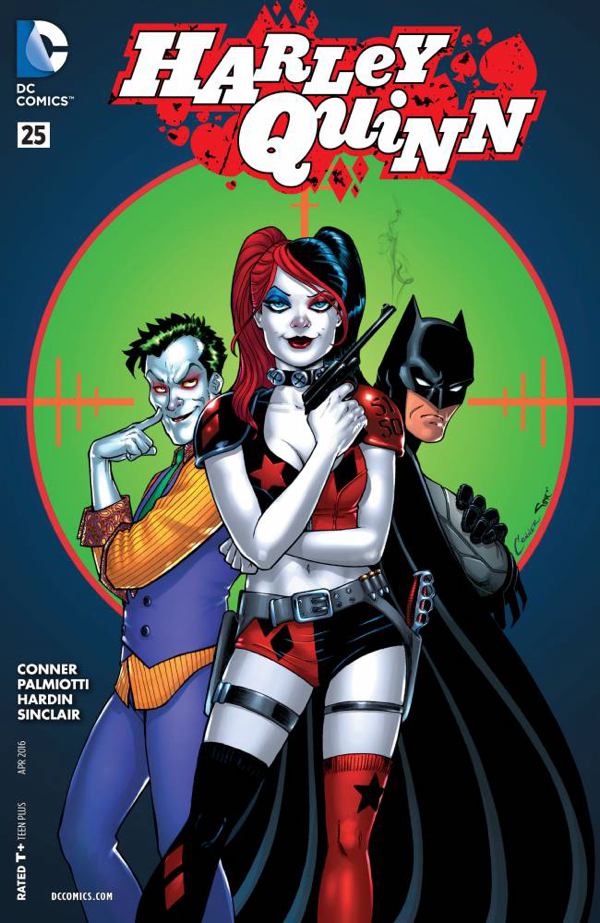 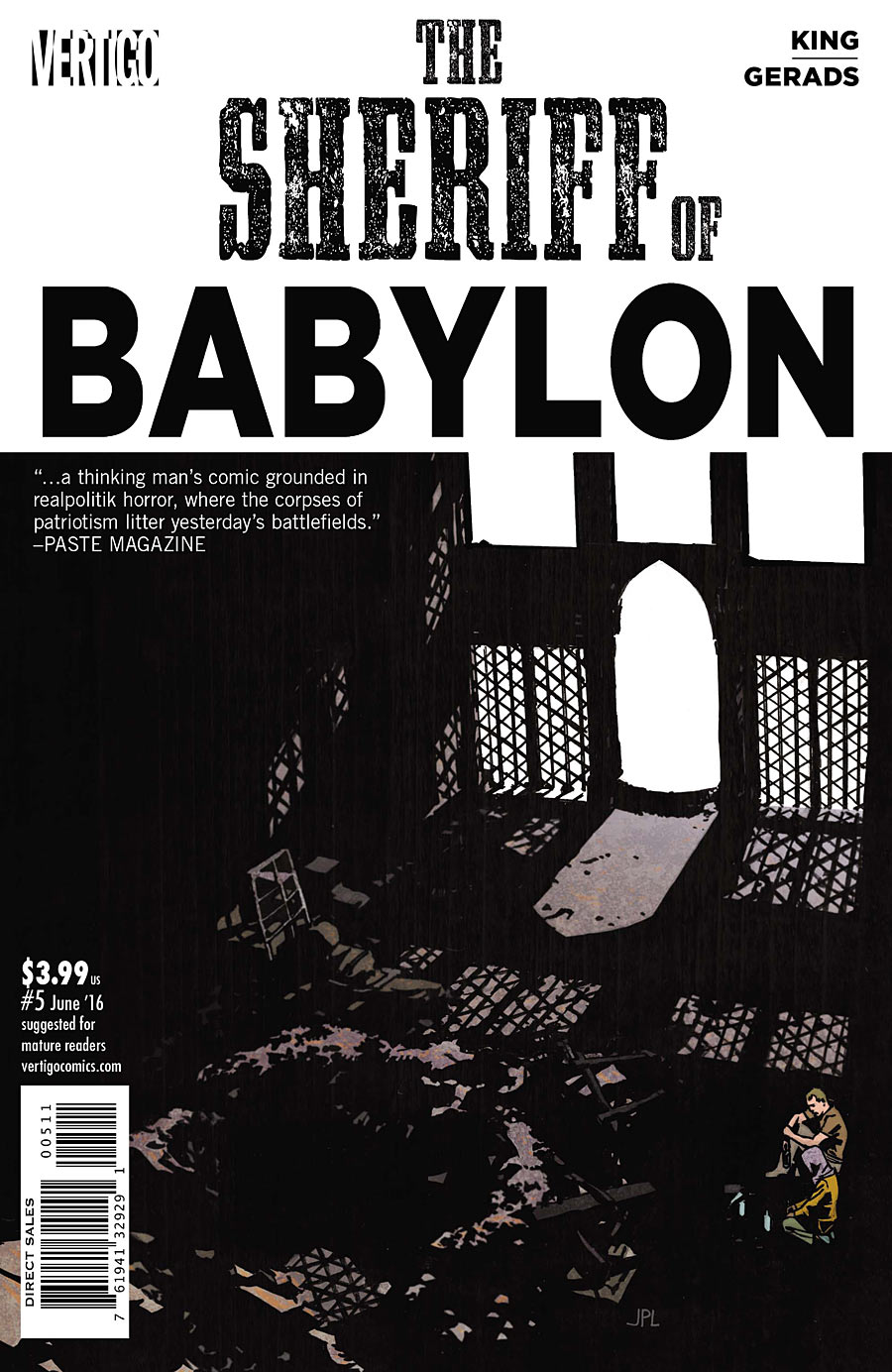 Tom King, Mitch Gerads – Vertigo Comics
The Sheriff Of Babylon might just be the best story about the most recent Iraq War in any medium, and this issue is a big reason why. Without spoiling too much, this issue is a quiet issue where two people from opposite sides of the world come together and reflect on what has brought them into one another’s orbit. It is one of the most stunning pieces of character work you will find in any comic book, in any year.

The DC Universe: Rebirth one shot is the issue that started it all…..all over again. DC Comics changed the entire Comics Industry with this one special issue. DC Rebirth has been hailed as a landmark, historical moment for DC and it all started with the one shot that made the entire world stop and realize what we’ve been missing and the characters that’re on the horizon. Reading this one shot brought emotions to the forefront with Wally West returning and his struggle to stand firm in the slightly askew timeline. The pillars of the DCU have been reconstructed within the pages and the spectacular art team displayed the new era and what Rebirth stands for magnificently. 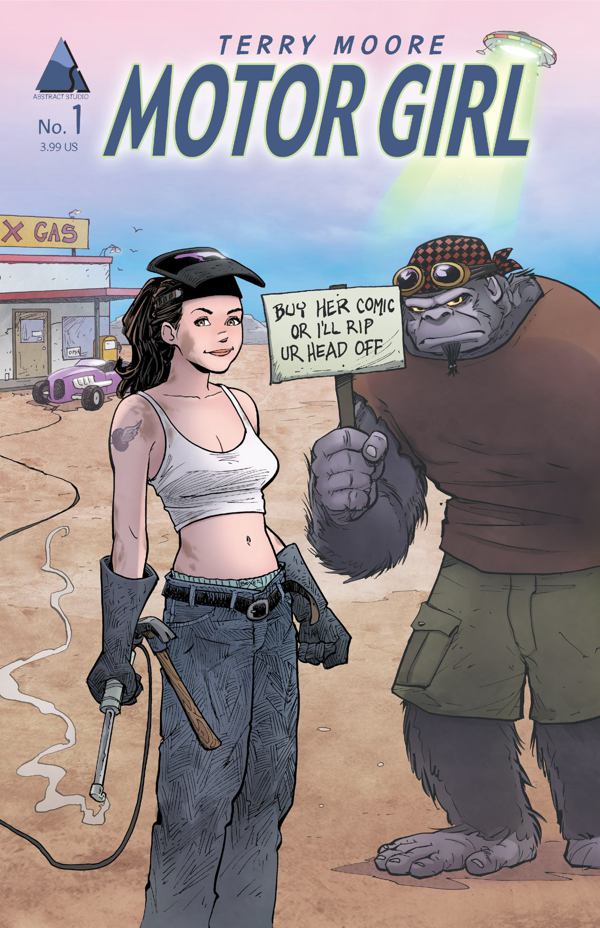 Terry Moore – Abstract Studios
Look, I’m behind the times and haven’t read anything Terry Moore. But when I was perusing my local comic shop and saw a new series starting up by the man behind Rachel Rising and Strangers in Paradise (among others), of which I’d heard much acclaim, I figured that there’s no time like the present. Enter Motor Girl #1. This first issue felt a bit like finding a piece of yourself you didn’t know existed. I found the story compelling after one page, with a strong female lead and a talking primate to boot. Add in a splash of the extraterrestrial, and you’ve got the perfect kind of story for me. Motor Girl is the comic I found myself looking forward to seeing on the shelves the most. I want to learn more about the world and the characters and the state of being and the reality of this comic. I kinda just want to live in this book. I think I will.

DC Comics Rebirth came to me like a personal invitation to revisit the comic book universe I grew up reading. I’ve talked about the why of it all here on Comicosity, but suffice it to say, it appears that DC took a good, long hard look in the mirror to find joy. Bringing back Wally West brought back hope, joy, and quite a few storylines for the Rebirth version of the DC Universe to build upon. Wally West came back to DC with Rebirth, and so did I. As a direct result of Rebirth, I’m buying more DC Comics on a weekly basis than I was on a monthly basis during the New 52.

Smack dab in the center of an intense political drama born out of the writer’s own experiences in counter-terrorism came an interlude so compelling that even 7 months later, it stands out as the best single issue of the year. King and Gerads takes one night in Baghdad between lead actor Christopher and Fatima, the wife of one of his collaborators, and uses it to illustrate so many truths about America, about Iraq, and about how the two countries will now and forever be intertwined. It’s moving. It’s funny. And it’s worth reading, no matter whether you read the other 11 issues of the series (you should) or are coming to it as a fan of the creators’ other work. 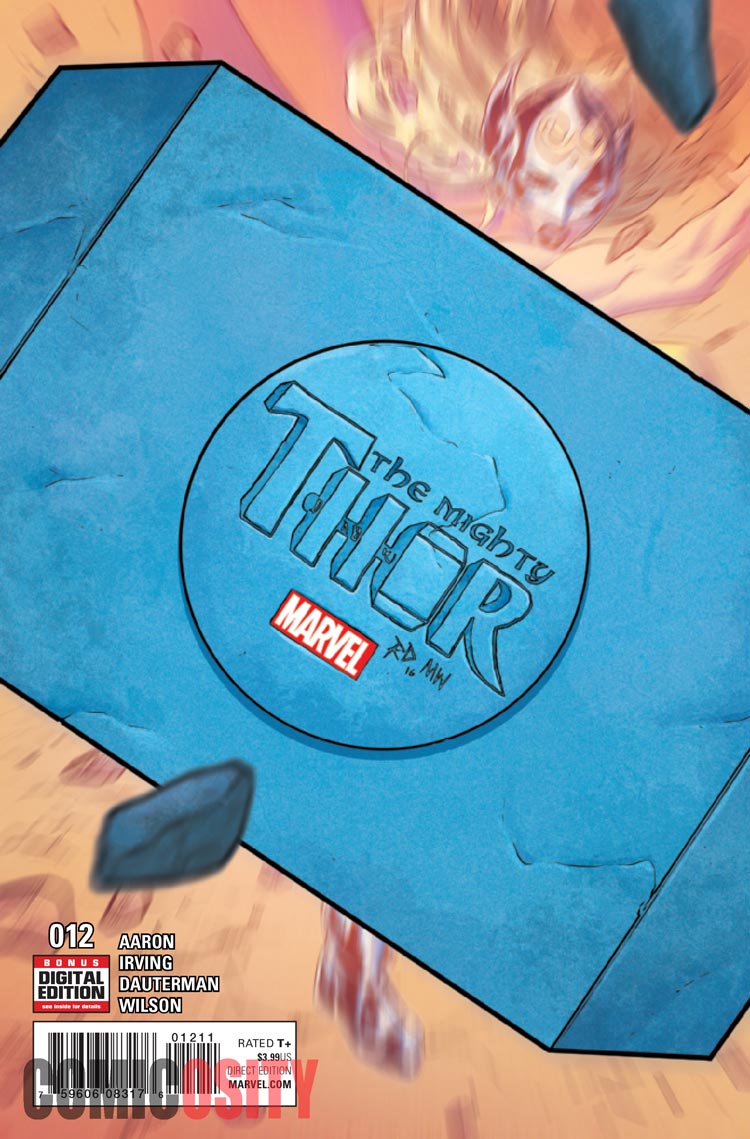 Behold…the power of the mighty Mjolnir! Often times, transition issues between arcs are awkward. The artists that handle the issue break the visual flow of the series, and the issue as a whole can seem out of place.

That is not the case with The Mighty Thor #12. With this issue, Aaron, Irving, Dauterman and Wilson bring a whole new depth to Mjolnir, crafting an absolutely amazing back story for the mighty hammer. This issue stuck with me and with each subsequent read it becomes stronger. Love this series, love this issue.