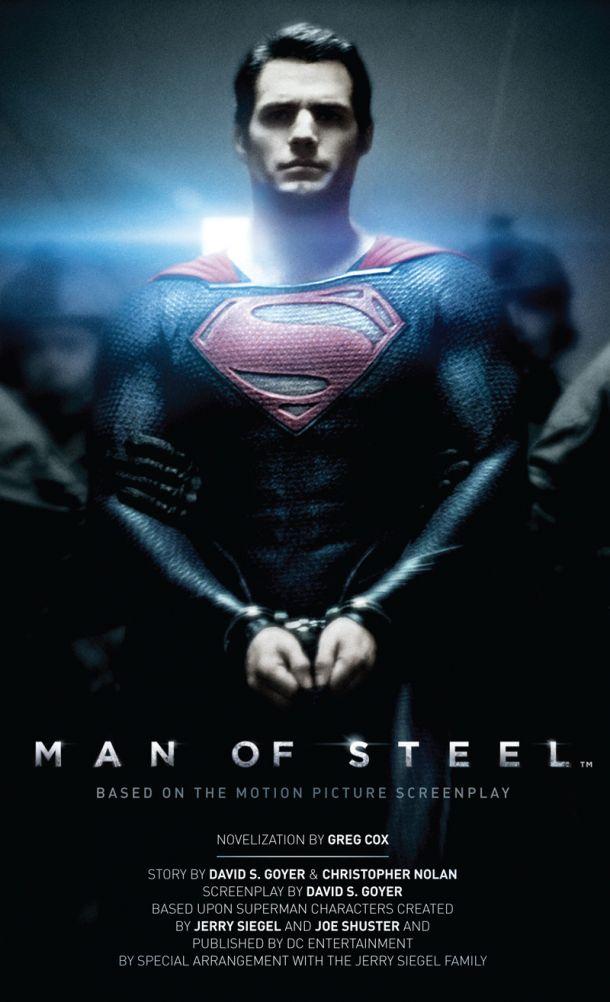 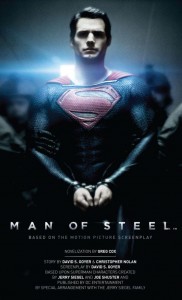 Greg Cox, who has written several novelizations for DC including 52, Final Crisis and Countdown, brings us a very readable and enjoyable adaptation of the hit summer film Man of Steel. The novel is a fairly straightforward translation of the film, but a few notes here and there do add to the narrative.

Told primarily from Clark’s point of view, the novel is able to unpack why characters make certain decisions, an advantage given the controversy surrounding a few key sequences of the film — particularly the process that Clark goes through as he comes to terms with where he came from and what he wants his relationship to be with humanity. Without giving specifics, yes there is a very clear throughline for the finale of the film and it makes perfect sense in the context given. Clark’s point of view and the aftermath are more readily explored than they can be in the film.

There are a couple of wonderful references for comic fans. Two unnamed characters in the film are given recognizable names — the deckboss of the fishing boat is named Byrne, a reference to John Byrne whose work was a big influence on the film, and the schoolyard bully is Ken Braverman, a schoolmate-turned-villain superman fought in the 1990s.

There are also a few deviations from the finished film and a few welcome extra beats. An additional flashback early in the novel has Martha Kent taking baby Clark to a doctor for his breathing difficulty. The naming of Superman, which happens a bit earlier in the novel than the film. We also find out the answers to: Why was the suit in the scout ship? Was that Jenny Olsen (Spoiler: no)? Why is Lois so chummy with the military? And we read how the lazy susan challenge of Clark’s ship was originally to play out a bit differently.

Man of Steel is an solid adaptation of the film and gives an opportunity to better explore the conflicts at play, especially the relationship of Zod and Clark. If you did not enjoy the film, I don’t think there is anything here that will change your mind. If you did like the film, however, the novel will be a good addition to the experience.

Keith is a co-host of the We Talk Comics podcast and saw Man of Steel in 3d twice.