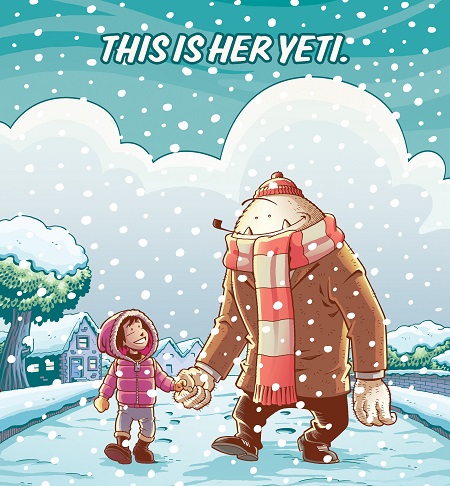 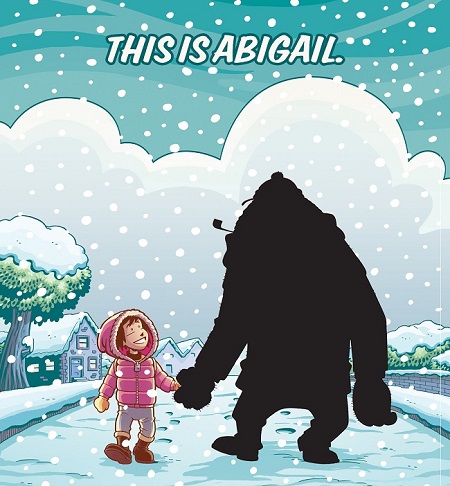 This image is illustrated by Eisner Award winner Roger Langridge (Snarked, The Muppet Show Comic Book) and it’s the main cover to issue #1 of his new, all-ages series coming this December from KaBOOM!

BOOM! Studios is pleased to announce Abigail and the Snowman, a four-issue miniseries about a 9-year-old girl with a huge imagination who moves to a small town where she’s the new kid at school, struggling to make friends. All that changes when she meets a Yeti named Claude who has escaped a top-secret government facility. Abigail and Claude become the best of friends, but to make sure he can truly be free from the “Shadow Men” chasing him, they must go on an adventure to find Claude’s real home!

Here is the variant cover image to issue #1 illustrated by Sonny Liew (My Faith in Frankie). 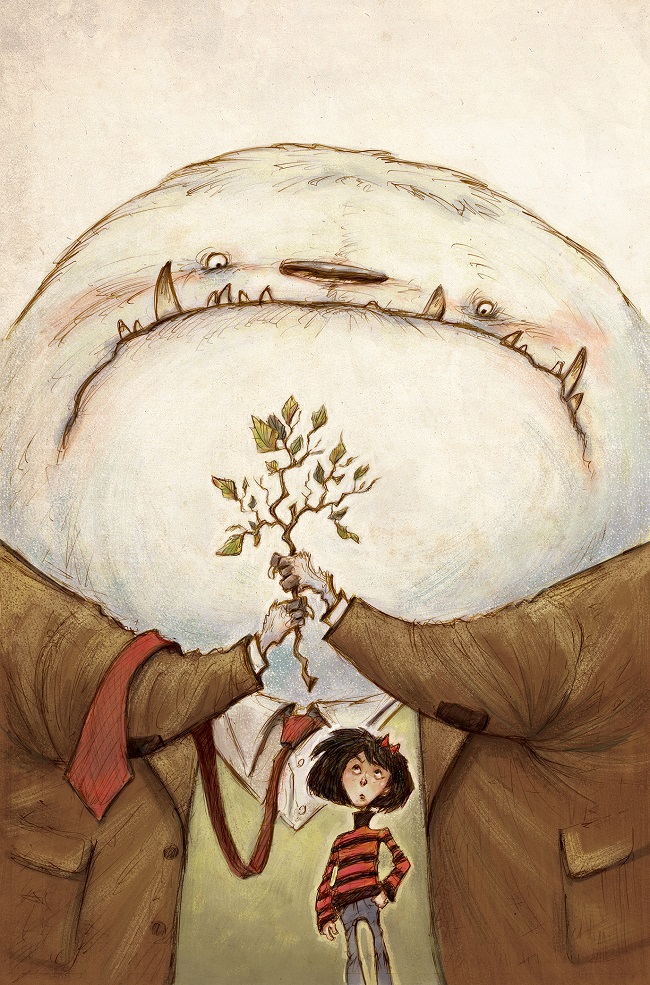