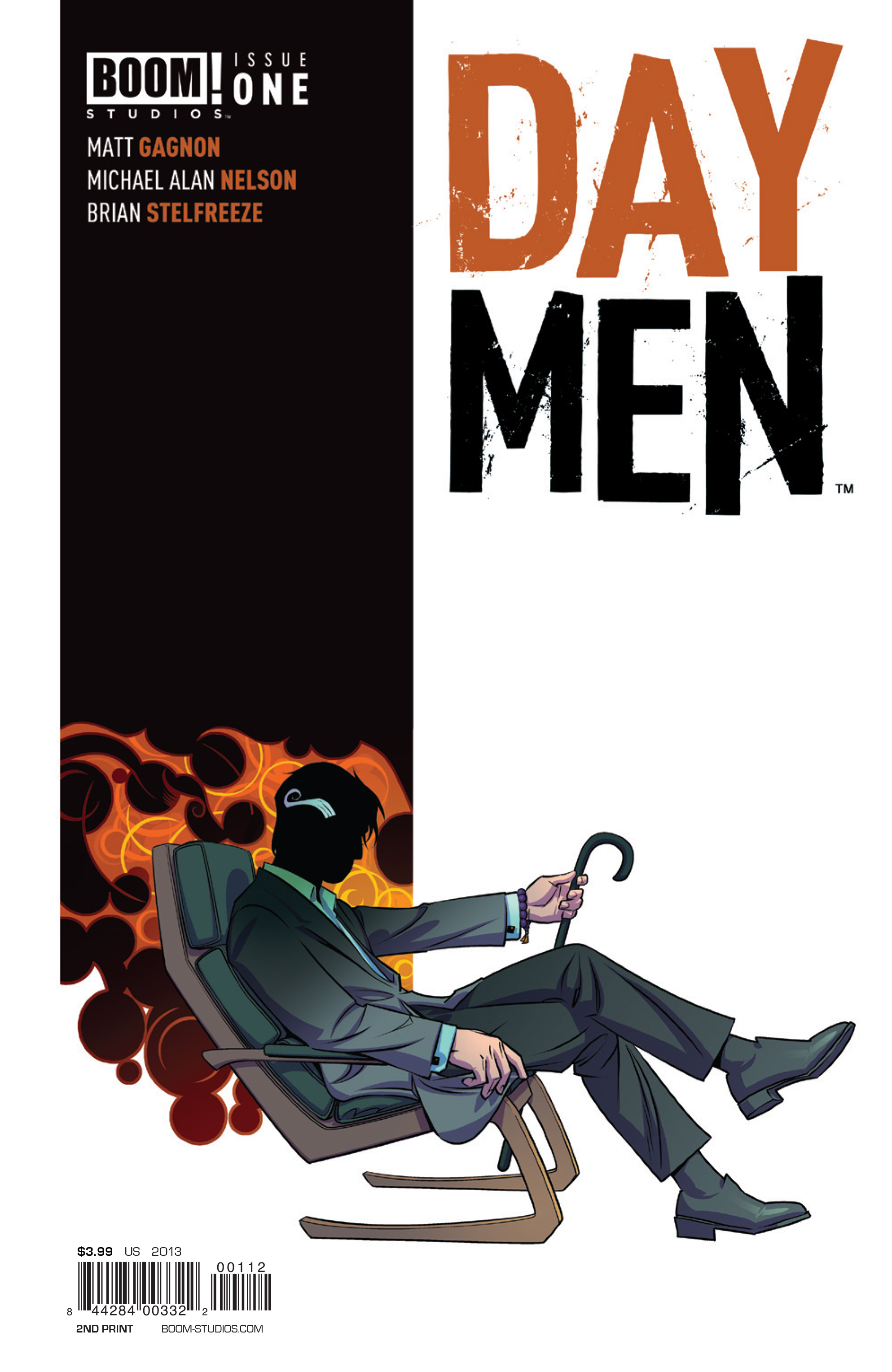 BOOM! Studios has announced a second printing for Day Men #1. 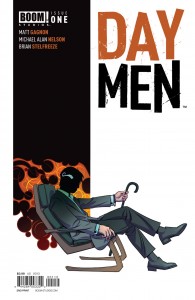 July 24th, 2013 – Los Angeles, CA – BOOM! Studios is proud to announce that DAY MEN #1, the first BOOM! project drawn by industry legend Brian Stelfreeze, has sold out at the distributor level and the publisher has rushed to a second printing.

Comic book fans should keep in mind first printings of DAY MEN #1 may still be found at the local comic shop nearest you. Not sure where to find your nearest comic retailer? Use comicshoplocator.com or findacomicshop.com to find one!

For thousands of years, the world has been controlled by the “50 Families” — a secret network of vampire covens engaged in a timeless struggle for power. But when the sun rises, the vampires are forced to employ the services of a human who acts as their daytime fixer and protector. Trained for centuries to be the mortal soldiers of their vampire employers, the Day Men go forth at sunrise, alone into the world, to do the bidding of their sleeping benefactors.

“Breathing new life in what has felt like an overplayed concept, DAY MEN shows us there is plenty more to the idea of vampires and the world they live in.” – Comicvine

“[Stelfreeze’s] high-contrast shadows and outlines suit the story’s themes of power and wealth and day vs. night, too.” – Comic Book Resources

“If Gagnon and Nelson can add their own bite to Stelfreeze’s supernatural levels of talent, DAY MEN could be BOOM! Studios’ next big hit.” – Newsarama

“DAY MEN #1 is a slick new series that suggests there’s still room for another vampire comic on the market.” – IGN

DAY MEN #1 second print ships with a striking new cover by Brian Stelfreeze with a retail price of $3.99 and ships with Diamond Code MAY138392.