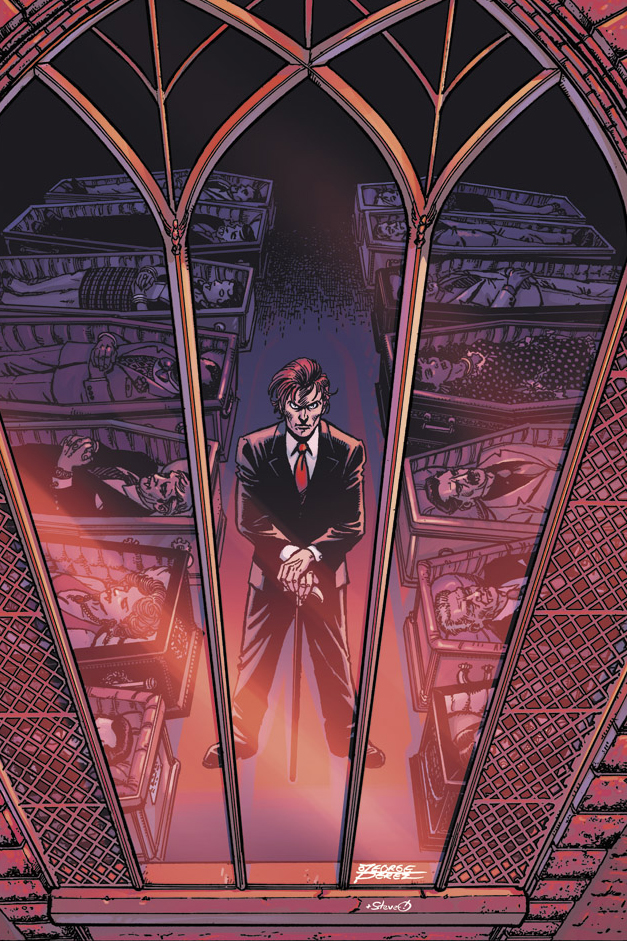 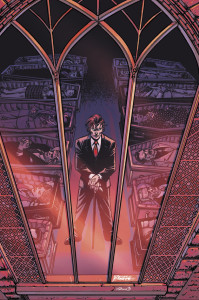 The first issue met with critical and commercial success, garnering numerous positive reviews along with an almost immediate sellout of the first printing. Additionally, Universal Pictures optioned the rights to produce a DAY MEN feature film within a month of the debut of the series. Issue #2 was originally solicited through June Previews for August 2013 release. Due to the extended delay, BOOM! Studios is pleased to share plans for additional promotion and rewards for retailers and fans continuing to support this unique original series. Creator and BOOM! Studios Editor-in-Chief Matt Gagnon shares the details in a special letter below:

To put it another way, DAY MEN #2 will be in stores December 11th! You can insert your “It’s a Christmas miracle!” jokes here. So…when DAY MEN launched, it quickly amassed a wellspring of critical and commercial success. And for that, we need to thank all of our readers and the retail community for embracing the series. It’s a unique book to produce, and one that sort of runs contrary to the monthly publishing schedule. So my feeling is this: if this series is going to be a little different, then it’s only fair that we, as the publisher, be different in how we’re approaching our support of retailers and readers. It’s a two-way street. As you read on you’ll see some of the incentives that we’re offering for our awesome retail partners and readers.

It’s funny, as Editor-in-Chief of BOOM! Studios for going on four years, and another two before that as Managing Editor, I’ve implemented an era of discipline and reliability for our shipping schedule. It’s one of the hallmarks of our company—something I personally take very seriously—and one of the accomplishments I’m most proud of. Ask anyone at BOOM! and they’ll tell you I’m borderline rigid about executing our production schedule flawlessly. To boil down my philosophy of publishing comics to its simplest components, it’s about “great comics, on time.” I believe in delivering the highest-quality stories and doing it on a schedule that fulfills on our solicitation promises to retailers. Look no further than POLARITY, SUICIDE RISK, SIX-GUN GORILLA, HIT, IMAGINE AGENTS, and so many more for that philosophy in practice.

So of course, it’s the irony of all ironies that my own book is a different animal altogether. 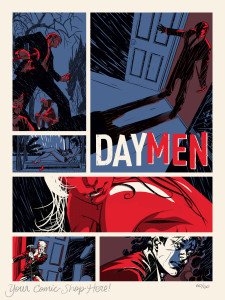 One thing, I can flat-out guarantee: This book isn’t going away. This isn’t one of those vanity projects that comes out with one issue in hopes that the media rights are exploited, and then unceremoniously walks off into the forest. Mike, Brian and I are 100% committed to DAY MEN and the stories we have to tell. It’s the only series I’m working on and the only series Bri is working on, period. Weeks after DAY MEN #1 came out, it was picked up by Universal for a feature film deal. This doesn’t affect the publishing in any way. Literally, nothing has changed in that regard. Retailers and fans have asked so I wanted to address the question head on. We’re as focused on the series now as we were on day one.

Brian is putting an insane amount of effort into DAY MEN. He’s reaching for (and achieving) career-best work. This is a physically and emotionally draining process. He hasn’t taken on a project of this scope and volume in a very long time, maybe ever. He’s truly going for broke. We’re aiming to make every issue of DAY MEN an event.

So here’s how we’re going to support our retail partners/readers and have their backs in this pursuit. These are special rewards we’re offering on issue #2, and this is an approach we’ll take for each issue moving forward:

If you’re a retailer looking to support DAY MEN and need some extra help, don’t hesitate to reach out to retaileroutreach@boom-studios.com.

Those of you who know my story know that I come from a comic book retail background as a buyer. It’s where I got my start in the industry; I have an immense amount of respect for the Direct Market retailer and their role in this medium. That background has informed my point-of-view as an Editor-in-Chief and a creator. And it’s in part informed the BOOM! philosophy and operation itself. We’re lucky to have a huge cross-section of people in the industry right now who are trying to push it forward. These are people that are supporting original stories, new ideas, and different ways of doing things. And there are some amazing retailers who are at the forefront.

It would be impossible to thank all the retailers I’d like in one sitting. But I do need to give a shout-out to a few retailers that went above and beyond for DAY MEN. These are organizations that dug deep and took a position on the book. Larry’s Comics gave us a much-needed foothold in New England, where our story primarily takes place. I’m very thankful to have them as a supporter. Also, Marc Nathan of Cards, Comics, & Collectibles and Gary Dills of Laughing Ogre Comics went in on an exclusive cover. Those guys are huge boosters for the series and we’re lucky to have them as part of the “We Are BOOM!” team.

Finally, thanks to all of our readers. I’ve can’t even tell you how much your enthusiasm and dedication means to us. We’re honored to have you on this journey, straight up. We’ll be there with you when the sun rises on December 11th.

DAY MEN #2 will arrive in stores on December 11th and carries a retail price of $3.99 under Diamond order code JUN130895. Not sure where to find your nearest comic retailer? Usecomicshoplocator.com or findacomicshop.com to find one! It’s also available for order directly from boom-studios.com.