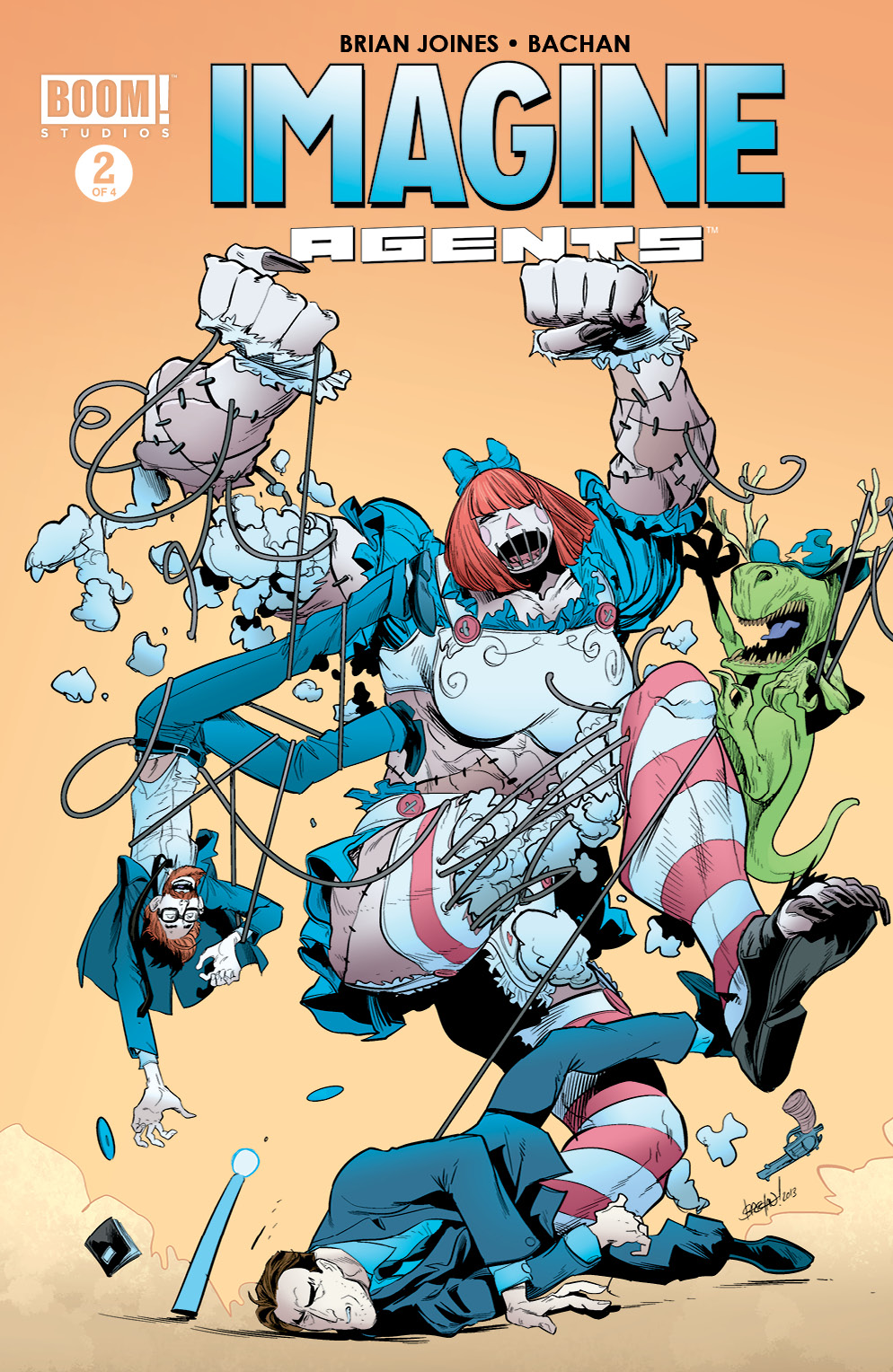 BOOM! Studios has announced a second printing for the sold out Imagine Agents #2. 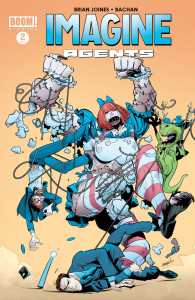 December 17, 2013 (Los Angeles, CA) BOOM! Studios is proud to announce that IMAGINE AGENTS #2, one of its newest original series written by Brian Joines (Noble Causes) and illustrated by popular Mexican artist Bachan (El Bulbo, Justice League), has sold out at the distributor level (copies may still be available at the retailer level). The publisher has rushed to a second printing.

This follows the sellout of IMAGINE AGENTS #1, which sold through its initial print run within a week of its release. Comic book fans should bear in mind that first printings of IMAGINE AGENTS #2 may still be found at the local comic shop nearest you. Not sure where to find your nearest comic retailer? Use comicshoplocator.com or findacomicshop.com to find one!

YOU MAY HAVE FORGOTTEN ABOUT THEM. BUT YOUR IMAGINARY FRIEND HASN’T FORGOT ABOUT YOU.

Terry and Dave must gather their wits and uncover the mystery behind Dapple’s evil plan. With the help of the toy-filled, lovable gelatin-mass, Blounder, they may just have a chance to crack the case. Unbeknownst to them, the kidnapping of Furdlegurr has put 6-year-old Elliot Fairview onto Dapple’s trail.

“This book is absolutely amazing. Issue #1 set the bar pretty high when it sold out and flew off the shelves the way it did, and issue #2 met that challenge head-on.” – Follow the Nerd

“Brian Joines has created something special that I’m sure will always be remembered as a breath of fresh air in the comic book industry.” – Comic Bastards

“I first read the first issue and I thought it’s a pretty high note to reach for the second one. But #2 just hits that with ease, with its visually fantastic pages and a story that’s the right mix of funny moments, action and drama.” – Flip Geeks

“Joines has created a really wonderfully fun world here. Another truly ‘all ages’ comic that can be enjoyed by young and old equally without talking down to younger readers like so many kids comics tend to.” – Comic Spectrum

“It’s a clean story that’s very straight to the point. I could give this to my nephews and know that everything in it was PG, but a great read for me as well. ” – Comics Bulletin

“This story is a great mixture of familiar motifs and themes with unconventional circumstances.” – GoCollect

IMAGINE AGENTS #2 second print ships with a new cover by Bachan and carries a retail price of $3.99 with a Diamond Code of OCT138173. It is anticipated to be in stores on January 1st, 2014. IMAGINE AGENTS #3 goes on sale December 18th.