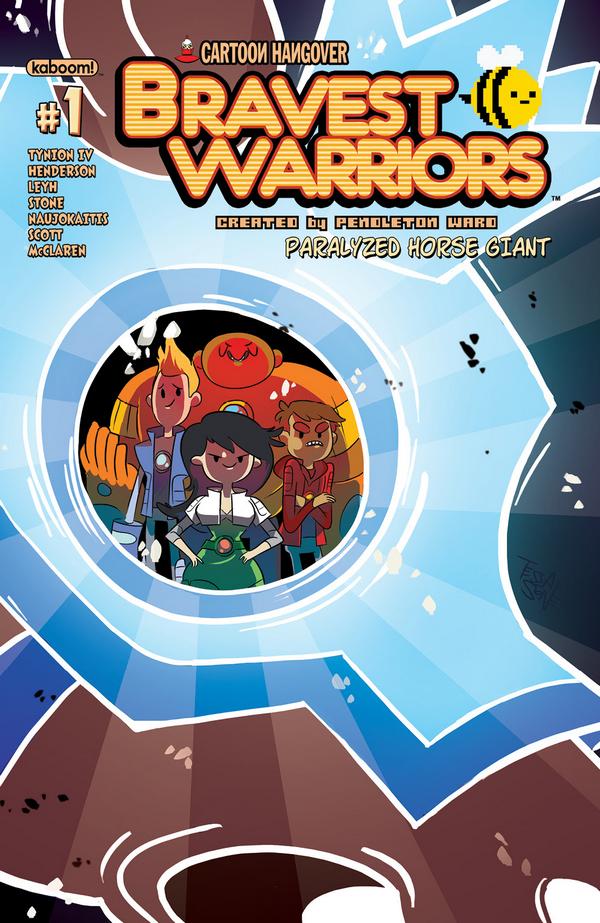 October 23, 2014 – Los Angeles, CA – Ever wonder what it’s like to gaze into infinity and have an all-knowing understanding of the universe, so much so that it paralyzes you entirely? Your curiosity will be sated this November with Bravest Warriors: Paralyzed Horse Giant, a 48-page special containing the various adventures of one of the most mysterious characters in the Bravest Warriors, Beth’s Paralyzed Horse. Dive into the mind of a horse with far-reaching knowledge of the future with a cast of talented creators including James Tynion IV (The Woods, Batman: Eternal), Mairghread Scott (Transformers: Windblade), Tessa Stone (Regular Show: Hydration), Erica Henderson (Unbeatable Squirrel Girl), Pranas Naujokaitis (Adventure Time), Kat Leyh (Bravest Warriors), and Meredith McClaren (Adventure Time: Pixel Princesses).

“Bravest Warriors is known for having a cast of strange characters, but the Paralyzed Horse is in a league of his own,” said BOOM! Studios Editor-in-Chief Matt Gagnon. “In the last two seasons alone, he’s gone from a pet horse that just kind of laid there to a psychic warrior defending the Bravest Warriors from an Aeon Worm. That’s pretty incredible for a horse that can’t move! Now we get to explore his other adventures with some of the comic industry’s top talent, and the result is as hilarious as it is heartwarming.”

He might be paralyzed by the vast knowledge of time and space, but Beth’s pet horse won’t let that stop him from protecting her and the rest of the Bravest Warriors! Throughout the Bravest Warriors’ young lives the Paralyzed Horse has always been there to lend a helping…hoof, whether it’s stopping evil from messing up a putt-putt date or saving their very lives. Bravest Warriors was created by Pendleton Ward.

Bravest Warriors: Paralyzed Horse Giant arrives in comic shops on November 19th with a cover price of $4.99 under Diamond order code SEP141190. The Final Order Cutoff Date for retailers is October 27th. The main cover is illustrated by Tessa Stone, with an incentive cover by Jonathan Brandon Sawyer (Critical Hit). Not sure where to find your nearest comic retailer? Use comicshoplocator.com or findacomicshop.com to find one! It’s also available for order directly from boom-studios.com. 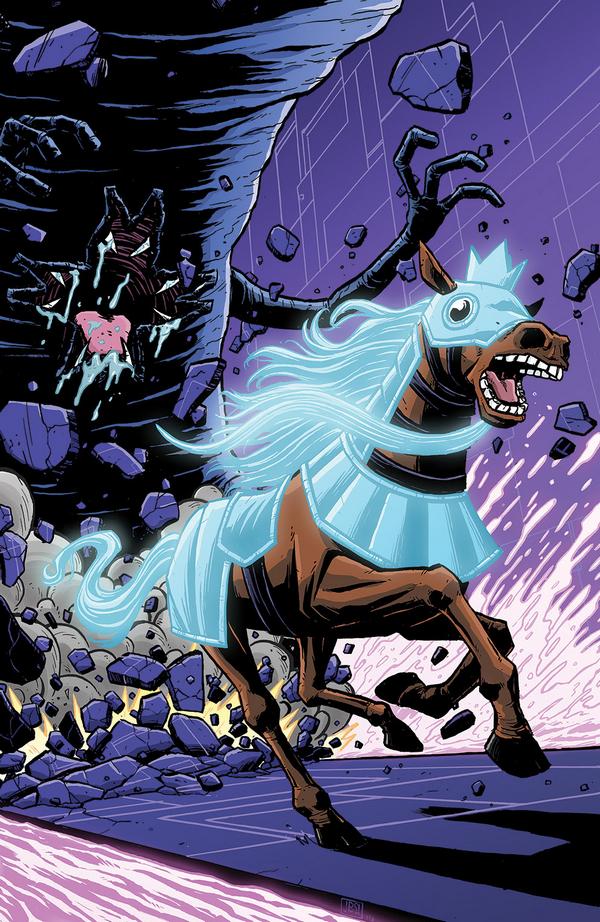