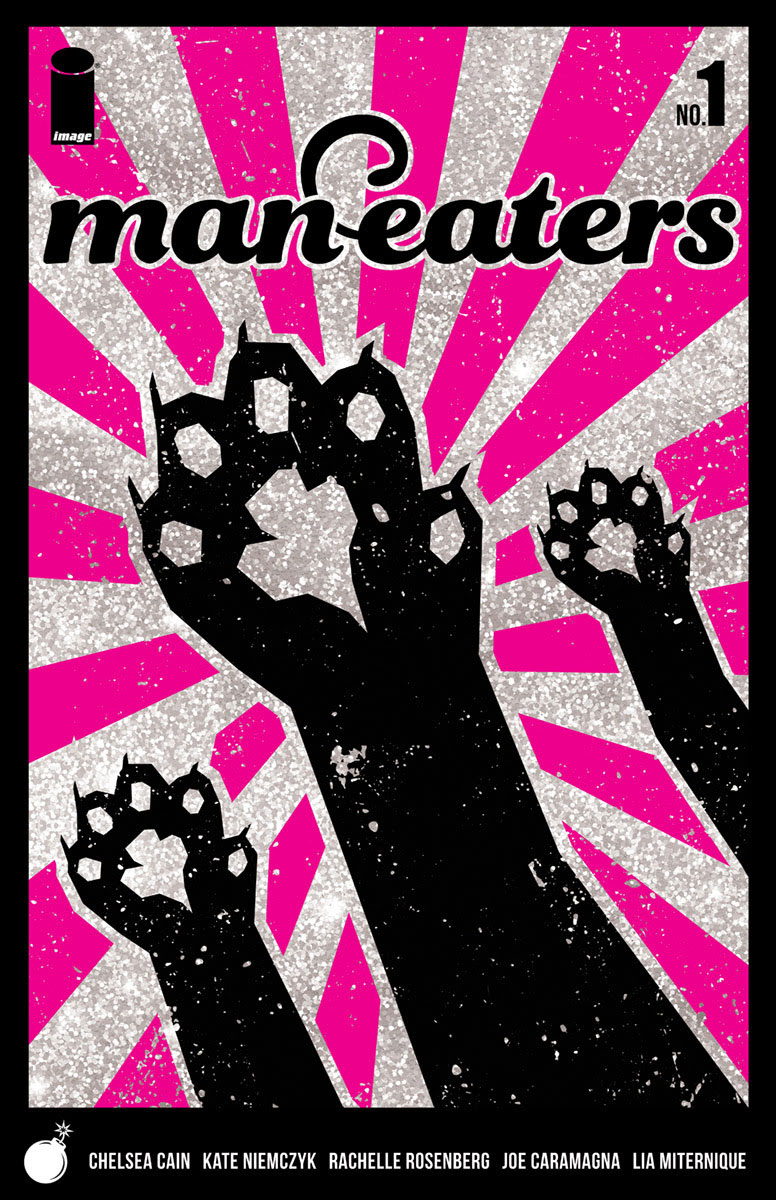 “Pop culture has a long tradition of manifesting our cultural anxieties as monsters,” said Cain. “What scares us most right now? …Women.”

A mutation in Toxoplasmosis causes menstruating women to turn into ferocious killer wildcats—easily provoked and extremely dangerous. As panic spreads and paranoia takes root, the fate of the world rides on the shoulders of one twelve-year-old girl. Part Cat People, part The Handmaid’s Tale, all pro-feline agenda.

Niemczyk added: “Only Chelsea would have me draw a tampon wearing a cape.” 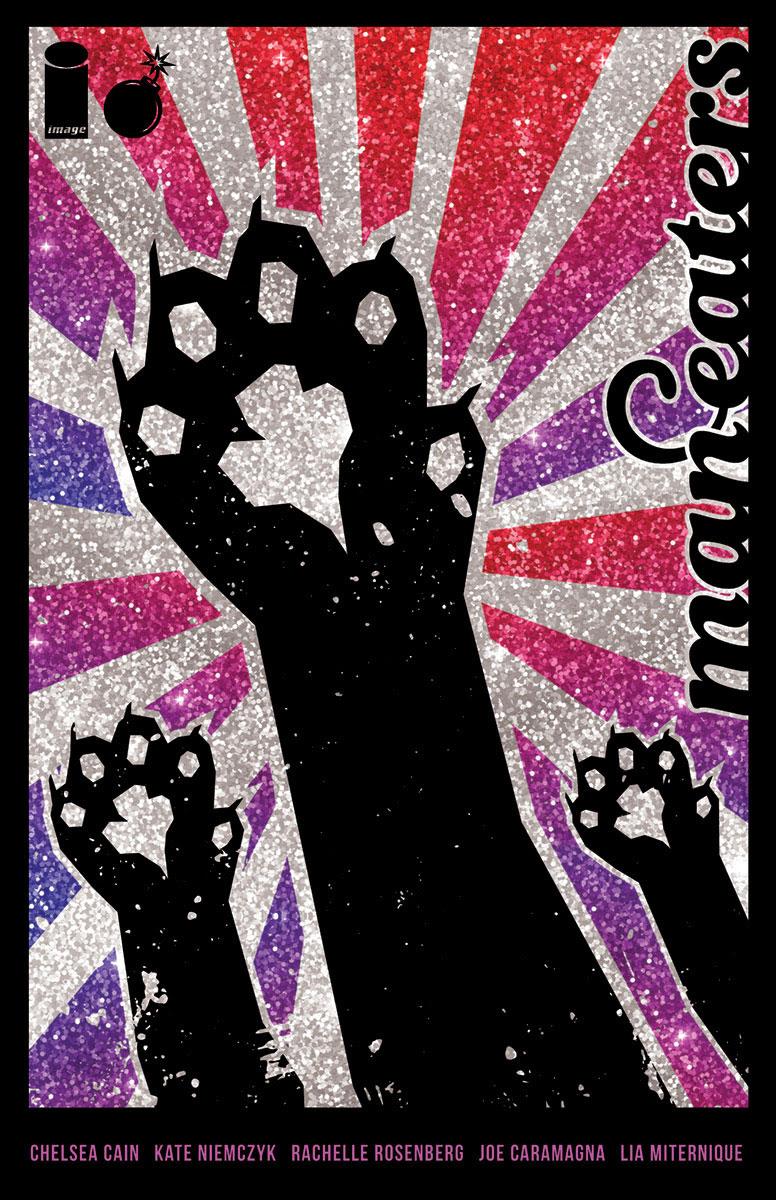 MAN-EATERS—Cain’s first comic since Mockingbird lit up Twitter and made international headlines—is produced for Image comics by Ministry of Trouble, a production company founded by Cain and Miternique in 2017 with the mission of making trouble.