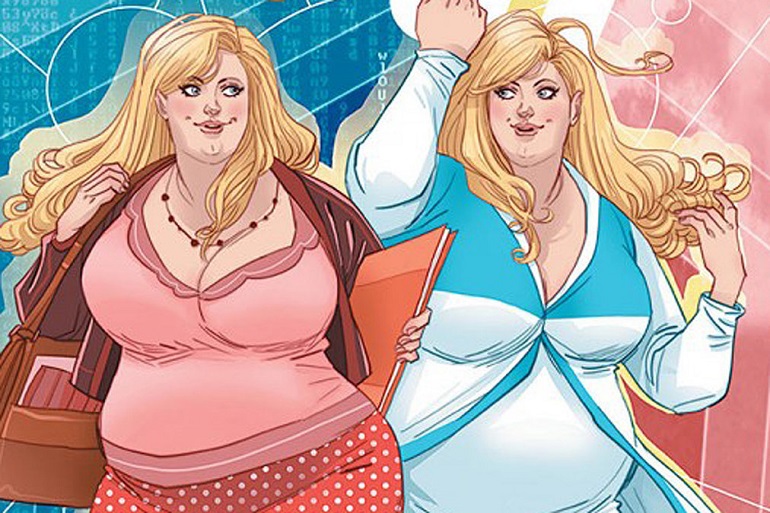 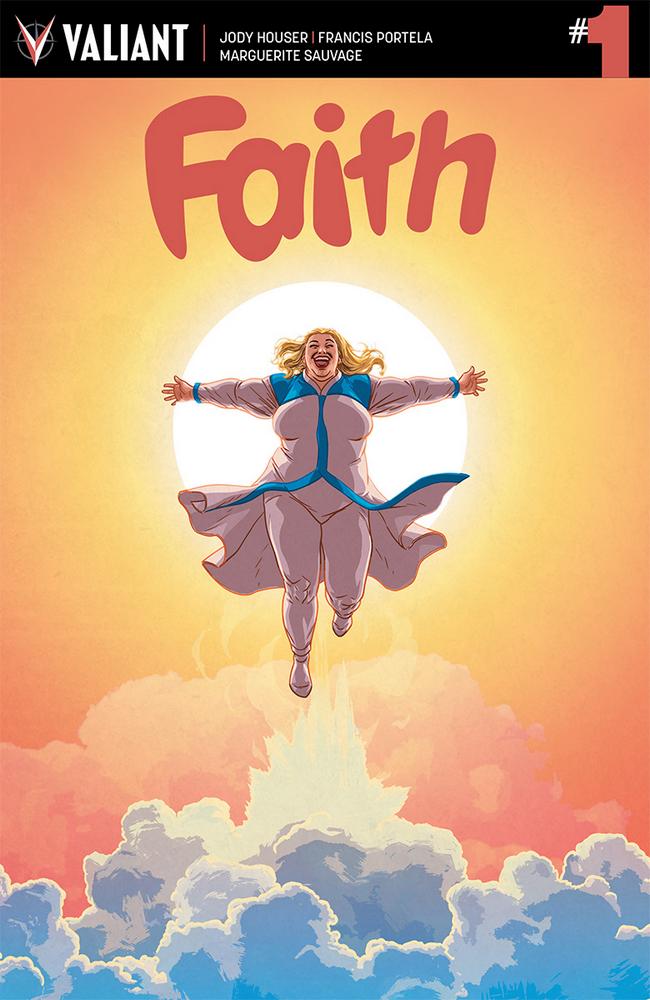 There are a lot of messages you receive in society about your weight, grooming, mannerisms, social interactions. Then there are the groups who want to fix you by telling you to throw your conditioning out with abandon and look at yourself with new eyes. Yet, it’s conditioned. It’s societal. It’s cultural. It’s always there in the back of your mind trying to drag you down.

Then, there is Faith.

When Valiant Comics relaunched the Harbinger line in 2012 one of the first characters that immediately caught my attention was Faith. She was an optimistic plus-sized nerd to who loved everything about nerd culture without apology. Comics, Star Trek, Doctor Who – they were all on Faith’s radar. What dialogue didn’t have time to sell you about Faith’s fandom, the artwork did with Easter eggs and references galore. It’s a factor of her optimistic personality that is often mentioned quickly in passing or cast aside because she’s also a plus sized superhero.

Last month, Valiant took the character a step further by releasing the first issue of a four part mini-series centering around the superhero known as Zephyr, but her real name of course is Faith. From major newspapers to reviewers, people are raving about Valiant Comics having a plus sized woman lead a comic book mini-series. This key factor is being used to get people who have never tried Valiant before to dive in deeply. It’s a good idea, considering since their relaunch, Faith has played major roles in teams across multiple books.

More than that, she is playing a part of bringing about more diverse representation that is needed in comics.  After all, a few hundred years ago Faith and other plus sized women would be seen as symbols of fertility, wealth and power. Today, various body shapes have been cast aside with this 30+ year old mentality that healthy can only mean zero body fat and muscular tissue that can be traced through latex outfits. Faith is far from being everything to everyone. Her impossible blonde hair and even skin tone still make her comic ideal. Hopefully though, Faith signals a willingness by publishers to change their definitions about body type.

The fact that Faith existed when I was going through my own struggles of self acceptance were a gift. Over the course of my life I’ve gone from being underweight to being plus sized; the latter of which only happened within the last few years. I was so focused on my weight being the only thing people noticed about me, when for most they didn’t think about or notice what was happening to me. I was aware, I was obsessed. However, it wasn’t what sold people on me. Weight was not my story.

Weight and body type are not Faith’s story.

These are the elements that make-up Faith’s story.  Her being there and loving herself and the stories that showed how she knows who she is, they mean everything to me. She is the comic fan whose daydreams of saving the world come to life. The mini-series allows people who have only ever read headlines about her to get to know her story.  It’s often hard to sell people on team books because of one character. However, with a mini-series, people are much more willing to try something new. Jody Houser, Francis Portela and Marguerite Sauvage do not disappoint. Finally, Faith has the stage to be a different kind of role model from those traditionally seen in comics. Faith is not ashamed of who she is or what she loves, plus, superpowers! Of course being only a mini-series makes it equally disappointing. With just a few issues, her story will be over, collected into a graphic novel and then the character placed back into a team book where she may or may not reach people.

The call for diversity isn’t a move of people being selfish. It’s a desire to see a more realistic world reflected in our entertainment media. Having Faith is having one more book that proves this type of reflection is possible, without being cheap. Having an ongoing series about more characters like her, as well as completely different from her, broadens the perspectives of us all. It makes us more caring, understanding, empathetic and willing to see the world through another person’s eyes.

Having Faith on the shelves is great. However, Faith and books like it need to become permanent parts of the comics landscape. They cannot be turned out as  quick stunts that a publisher can point to with pride. The pride is deserved, but comics needs more than quick feel good moments. They need commitment.
Sharing
Authors