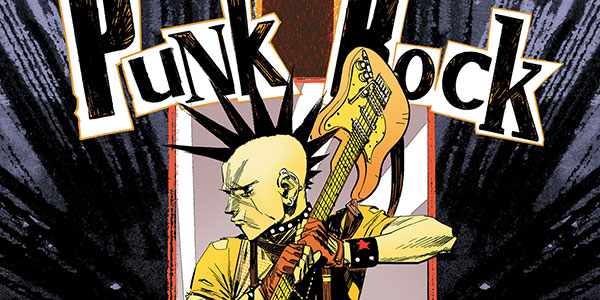 This is the first in what will be a regular series that briefly reviews the books that I (Brian, President and Founder of Comics for Heroes) have read every month.

There is no such thing as a bad comic — just one that may not be for you.  One of the great things about comics is the diversity in the different stories.  There is literally something for everyone.  If you don’t like something you read, give it to someone who you think would.  Take that one step further and give that book to someone who doesn’t already read comics and show them it isn’t all about capes and tights.  That is why I rate everything with BUY, TRADE WAIT, or GIFT TO SOMEONE WHO WILL LOVE IT.

Note: Previews pages are linked to the title, when available.

A great start to what looks to be a promising series.  A great post-AvX starting point.

One of the best arcs in this amazing series wraps with a heart wrenching conclusion.

Atomic Robo: The Flying She-Devils of the Pacific #4 (of 5)

I dropped Batgirl a few issues ago, but picked this issue up because it ties into “Death of the Family” and it did not disappoint.

This is the second issue of the “Death of the Family” arc and this is shaping up to be one of the best Batman stories ever written.

I could read a monthly book about a grim future with Damian as Batman.  Can you make this happen, DC?

Verdict: GIFT TO SOMEONE WHO WILL LOVE IT

Are you reading this series yet?  You’re missing out if you are not.

Verdict:  GIFT TO SOMEONE WHO WILL LOVE IT

Probably the best issue of this series so far.

The start of the final chapter in what has been a great horror/suspense/mystery series.  If you’re not reading it already, get the trades of the previous volumes, you won’t regret it.

A magnificent blend of sci-fi and alternate history that only Hickman could deliver.

I cannot wait to see how this series will wrap next month.  I have no idea what is coming and I am on the edge of my seat in anticipation.

Everyone who judged this book by some minor happenings in the first issue needs to give this series another shot.  This issue has a great exploration of who Superman is from the perspective of Jason Todd.

I could stare at Skottie Young art all day long and never get sick of it.

One of the best 3 comics I am reading at the moment.  Consistently brilliant every month.

Editor’s Note: I just want to say a huge thanks to Brian for his fantastic work at Comics for Heroes and for crafting this article. Comics for Heroes is a fantastic organization that every comic fan needs to check out and Comicosity is proud to be a friend of. -AL