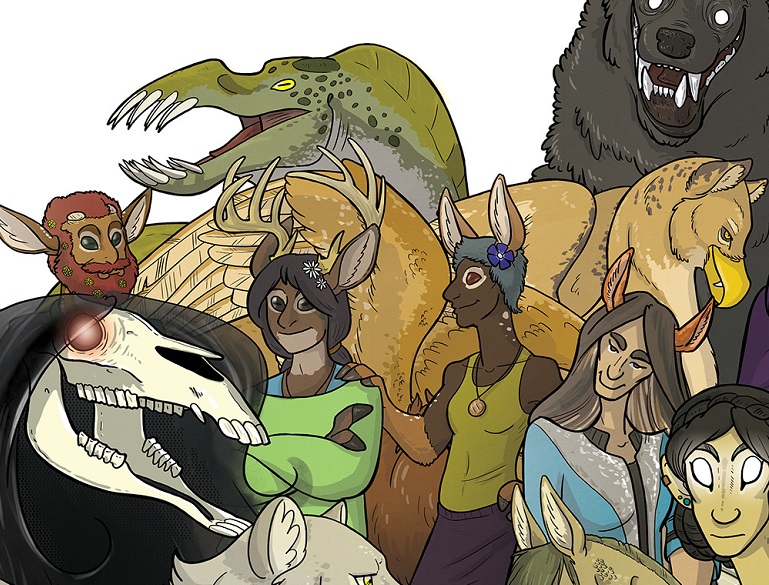 Hiya people! It’s me, Mexi! Here for another Comics I Need to Read! The column where I read a comic by a little known creator!

This month’s pick is a webcomic a friend of mine has been trying to get me to read for FOREVER. It’s a pretty long running webcomic, has been around for about twelve freaking years, but I never hear people talk about it other than my friend, so I’m actually super stoked to write about it. The webcomic I need to read is:

Skin Deep is a mythical tale about monsters living amongst humans. While there are probably about a dozen side stories that filter in and out of the picture over the about twelve year ongoing run of this tale, the main story follows a young woman named Michelle Jocasta who learns that she’s actually a Grecian Sphinx after coming into contact with a mysterious medallion, a monster species that was supposedly long extinct after a Great War between Sphinxes and Dragons.

There’s something about reading a long running comic that just feels almost prideful. It’s this evolution of storytelling and art that you can see right before your very eyes. Yeah, I might have made the terrible life decision of sitting down one day and reading the entire twelve years worth of story in one eight hour sitting, but there’s a reason I didn’t stop reading. Because it was amazing to read.

There is such a distinct trajectory to the art in this comic. You can look at the panels done at the very beginning of the first arc all the way through to this latest arc and just see the hard work and effort Bing has put into this piece

Heck, there’s a major jump in quality from the first arc to the prequel arc that revolves mostly around Jimothy and Lorne. It’s this upwards moving exponential shift into better and better details, better faces, better color quality that just makes me proud of all the time and energy Bing must have placed into this webcomic.

Her character design is amazing. I love the work she does on every single mythical creature. While I do love Blanche and how just gorgeous he is, I would say my favorite character designs come from the Wonderland monsters. From Frumious Bandersnatches to Grub-Grub Birds, there’s amazing intricacy in the work placed into Wonderland creatures that doesn’t always come up in others. 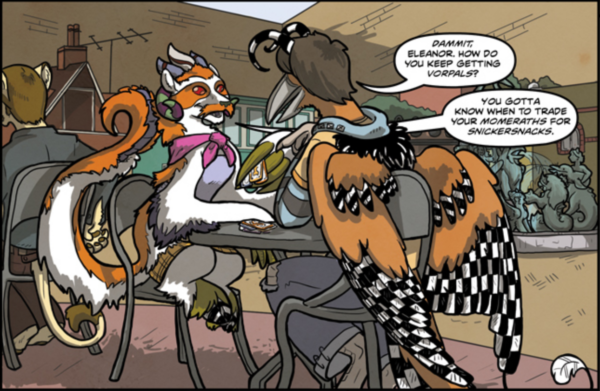 I do have a soft spot for the Opinicus as well. Jimothy’s design is just a beautiful thing and I love how animated he can be. I love how he fluffs out his neck feathers when he’s frustrated, annoyed, or nervous. I love the design for the midform. It’s just a really cool look.

Okay, I have to talk about it again. I love Blanche’s character design. Human, midform, White Stag form. All of it is dazzling and I could read side stories of him just being there forever.

However, that’s not all I like about Blanche, I love his character as a whole. He’s this great guy who just wanted to tell his best friend the truth about himself and ended up dealing with a terrible situation and being blamed for something that wasn’t necessarily his fault. What’s almost a bit heartbreaking is that he never gives up on the person who blames him and is constantly looking for ways to make that person feel better. Sometimes, I feel like Blanche deserves a better friend than Tony, even if I understand why Tony isn’t necessarily taking what happened to him well. 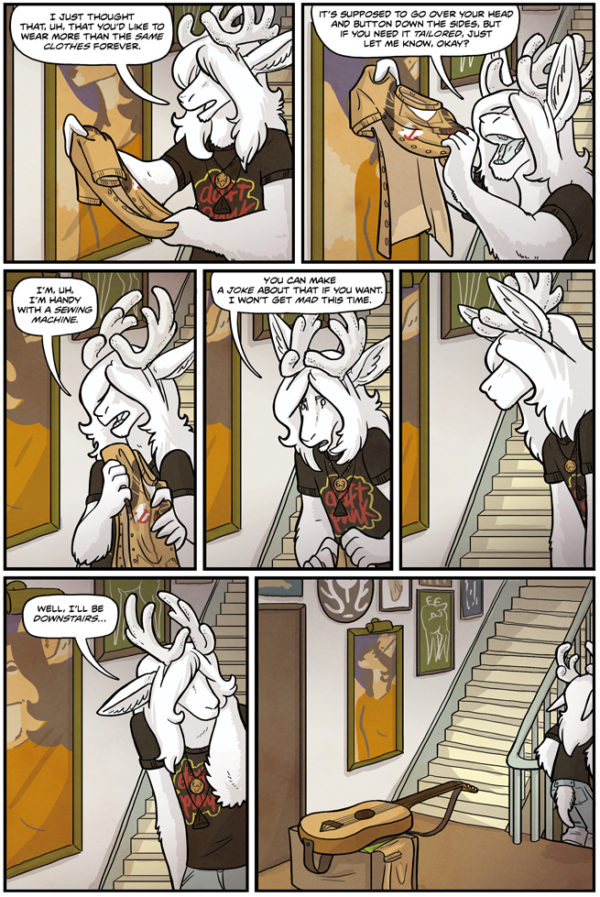 Since this comic has been going on for about twelve years, though, there’s a lot of layers to the story, a lot of different points of view when it comes to being a mythical creature, if a character was raised knowing about everything or if they just Turned, how they feel about being part of the double-edged sword which is the non-human community, how other monsters view each other, view sexuality, view interracial relationships. There is a surprising yet not surprising amount of time dedicated to showing that, yes, even in this weird world of monsters, there is still racism. There’s a lot of time dedicated to showing how being a monster impacts people, both the good and bad sides, whether they view it as cursed with awesome or blessed with suck. 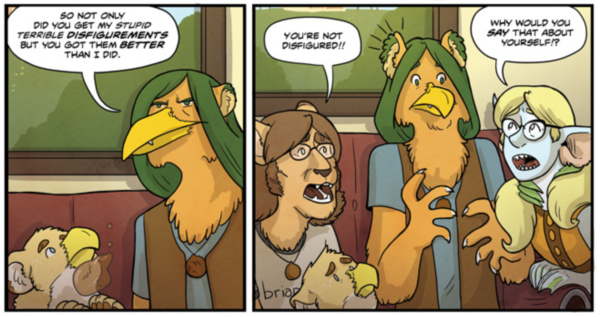 The story building in general is superb. Because Bing’s had such a long time to create this comic and layer it with mythos and lore, delving into the types of creatures that inhabit the avalons, who has medallions, who doesn’t. The creatures who do pop up either subvert or fall in line with the legends that encapsulate their species in human tales and are well crafted.

I could probably go on and on about this comic, since there is twelve years worth of webcomic to mine (I haven’t even touched the angels and demons yet), but I’ll stop here and just tell you to read it. If you want a great, long running series, this is one you should check out. You can find it here. 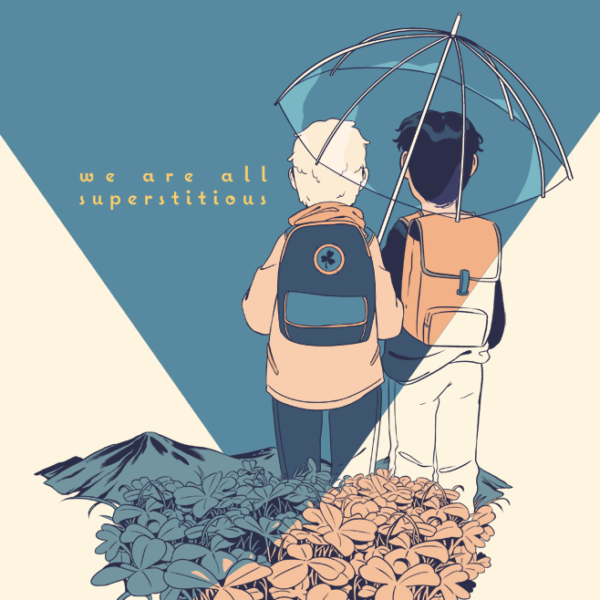 We Are All Superstitious by Chan Chau

You can get a copy of the mini comic here if you’d like to read along with me.

If you have any thoughts on Skin Deep or have a creator I should try reading, please, email me at mexigremillion@gmail.com. Who knows? Maybe I’ll talk about your thoughts or read something by that creator!