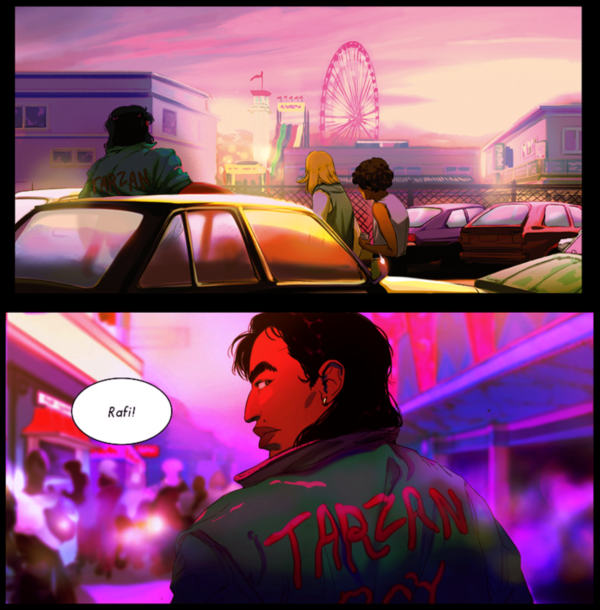 It’s a little late into the month for me to do one of these, but I’m here to talk about a cool comic! My friend had suggested this comic to me a while back and it was the perfect kind of comic for my column, so I thought I’d read it! This week, I read:

SUPERPOSE by Seosamh and Anka

Superpose is weekly posted Rated-R webcomic. It’s a science fiction story set in a mysterious year in the 1980s. It follows three main protagonist: Rafael, a transgender man who recently graduated high school and is the person his entire extended family lean on for odd jobs, Royal, the child of immigrant parents who quit college and decided to revamp his father’s company by greenlighting a mysterious project, and Kas, an Iranian child prodigy who ruined his career by messing with science fiction sorts of science whose hired by Royal due to his mad scientist leanings. It’s this fantastic journey into eighties science fiction that’s captivating and ever eerie.

You can read the comic on the Superpose website proper or the comic is on tapas. I chose to read on tapas. 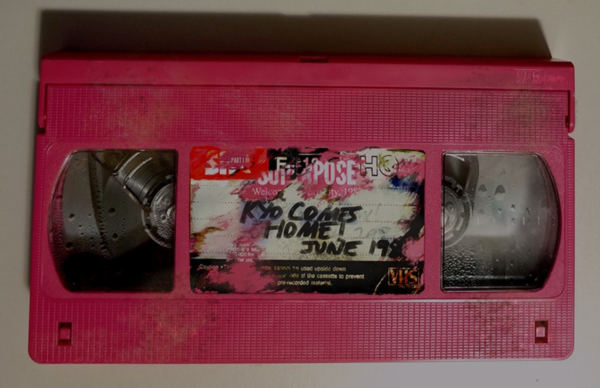 I love the multimedia aspect of Superpose. From the audio choices to the gifs to the real life pictures of things that try to bring Port City into our own reality, as if it’s a tangible place.

The gifs that are added within this, like how the first page has a gif that looks like an old VHS tape starting to play, showing a town in less than standard definition and saying “PORT CITY, 198X”, to the bugging out Superpose in a later chapter with all the major characters in inverted colors. The usages of gifs like these ones really captivate the audience. 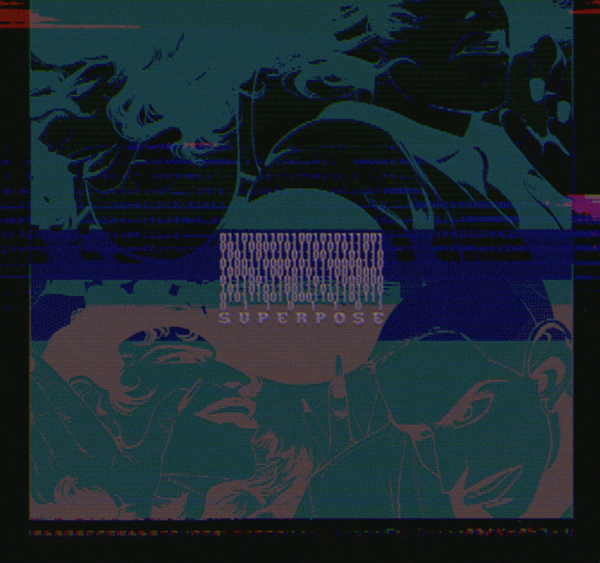 I like the audio choices for some of the chapters. At least in the tapas version, the creators leave soundcloud songs up at the top of certain chapters to listen to while reading the chapter and it really adds to the atmosphere of the comic.

The oversaturated feel of all the panels is masterful, it’s this coloring brilliance that screams all of what I know of eighties nostalgia, but grimier, more bleak. The lights are always neon, lighting the area around it devastatingly brightly while the rest of the world falls into obscure darkness.

I love Rafael’s Tarzan Boy jacket. There’s something that feels so starkly contrasting about menacingly tall Rafael juxtaposed with a song that has its lead singer dancing around in glamrock 80s Tarzan makeup looking as intimidating as a puppy. It also speaks a lot to the softness that you come to find in Rafael as you read, which is cool. Any webcomic that has a reference to the song Tarzan Boy and legit sings the whooaing in it always gets points in my book. 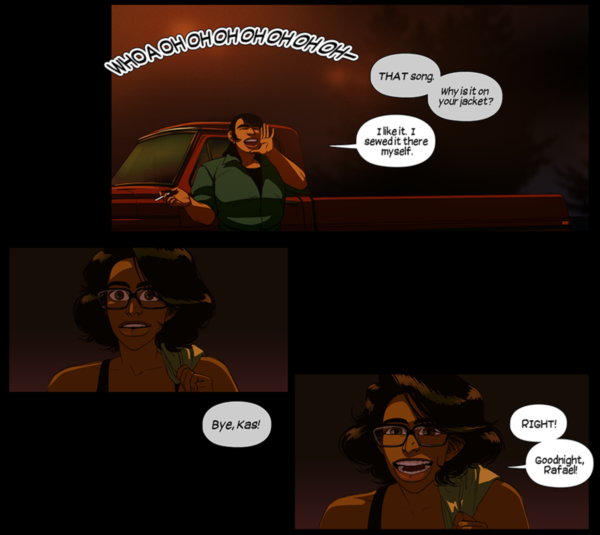 I like that it transitions from English to Spanish or English to Ukranian at times. It makes sense with who Rafael and Royal are that they’d code switch with their familes, even if I can’t read Ukranian. Plus, I like that I get to brush up on my Spanish a bit.

There’s great usage of colors within talking bubbles that’s subtle but works well overall. The change in color for particular talking bubbles doesn’t necessarily point to a particular person, just shows that the intertwined bubbles are distinct from one another and shows that two people are discussing something in a scene where you might just see one or neither of the characters. I think it’s a practical way to show a two-way discussion and a smart choice by the creators. 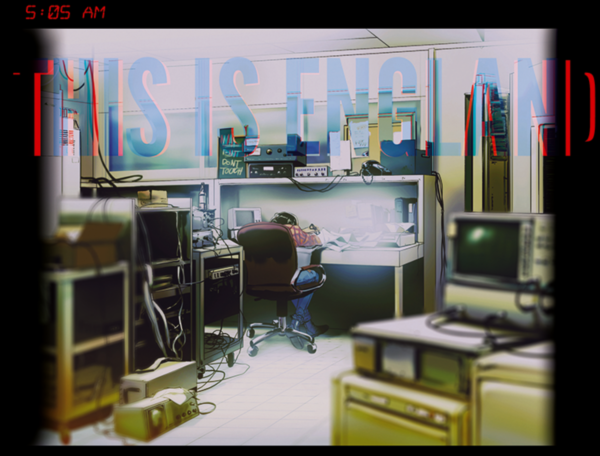 The characters in general are magnificent. I love all three of the mains. Kas, Rafi, and Royal all are these queer men trying to work in and work around the trappings 1980s society locks them in, the code they must follow to be acceptable people feels barely endurable, the feeling of wanting to break away from all the conditions they must live in to be accepted all too real. It’s this beautiful portrayal of these characters finding ways to be who they are and I love it.

Oh, and there’s science. It takes a while to get to the main science part, but it is there, and it’s fun when you see that you’re going to be in for a wild ride.

Read Superpose. It’s a well-crafted multimedia masterpiece and more people should know about it, though, be advised that it has mature content. You can read it here. 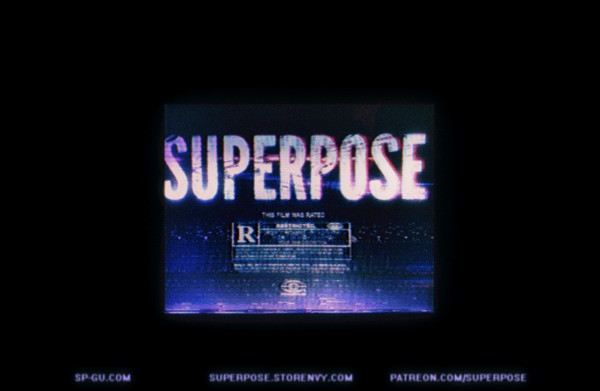 Next month, I’m going to be talking about: 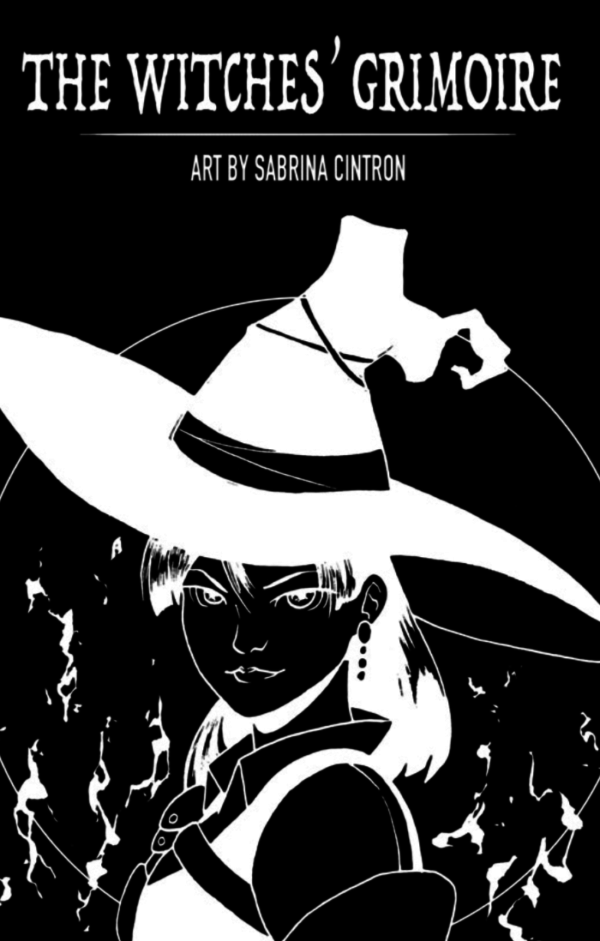 It’s not free like I try to find, but it’s a pretty cheap artbook at $10! So I don’t feel bad saying if you want to read along, you can purchase it here.

If you have any thoughts on Superpose or have a creator I should try reading, please, email me at mexigremillion@gmail.com. Who knows? Maybe I’ll talk about your thoughts or read something by that creator!